As the name implies, the Taycan RWD is rear-wheel drive only, rather than the all-wheel drive layout for the rest of the range. This is because the German brand has removed the front-mounted electric motor, leaving just the one mounted on the rear-axle.

The addition of the Taycan RWD comes just ahead of the impending GTS, which will fill-out the range alongside the 4S, Turbo and Turbo S models. Plus, there’s also the striking Taycan Cross Turismo wagon – which we’ll review in the near-future. 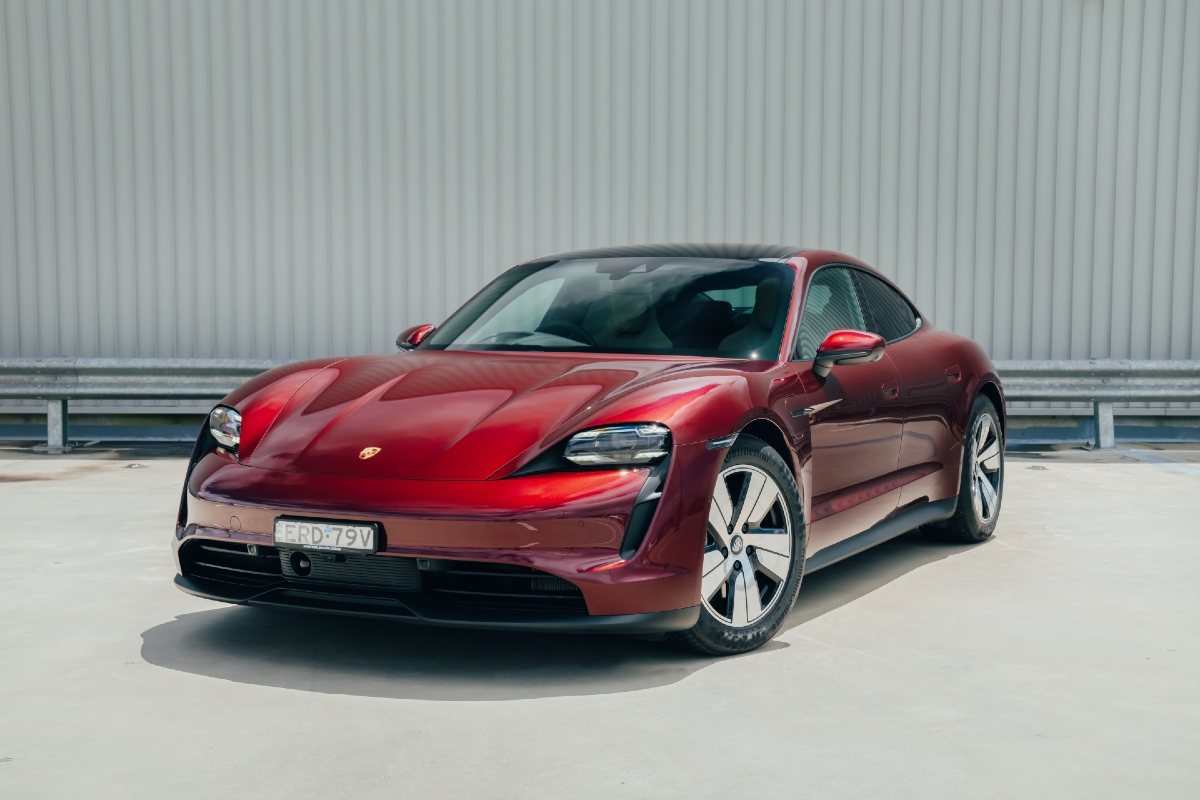 Nothing, the front motor is gone so all the power comes from the electric motor mounted in the rear and driving the rear wheels.

The single motor makes 240kW of power and 345Nm of torque, however, the Taycan RWD we tested was fitted with the Performance Plus battery that boosts those figures to 280kW/357Nm. Even so, that’s similar grunt to a modern hot hatch, the 2.0-litre four-cylinder turbo in the Hyundai i30 N makes 206kW and 392Nm, for example.

On paper it doesn’t look great, especially when you compare it to the 560kW/1050Nm the dual-motors in the Taycan Turbo S make. But despite these modest on paper figures, the Taycan RWD never feels slow. It may not have the sickening acceleration of the Turbo S but because it’s electric that torque is available immediately, allowing the RWD to accelerate very rapidly when you put your foot down.

It’s capable of running 0-100km/h in just 5.4 seconds and the standing 400m in 13.7 seconds, so while it may not pack a massive punch, it certainly has the kind of performance you expect from a Porsche.

The driving range on the standard battery is a respectable 369km, but the Performance Plus battery bumps that up to 434km. That’s more-than-enough for the majority of Australian motorists (because it should go without saying, but if you’re doing thousands of highway kays then no electric car is for you).

How does the Porsche Macan RWD handle? 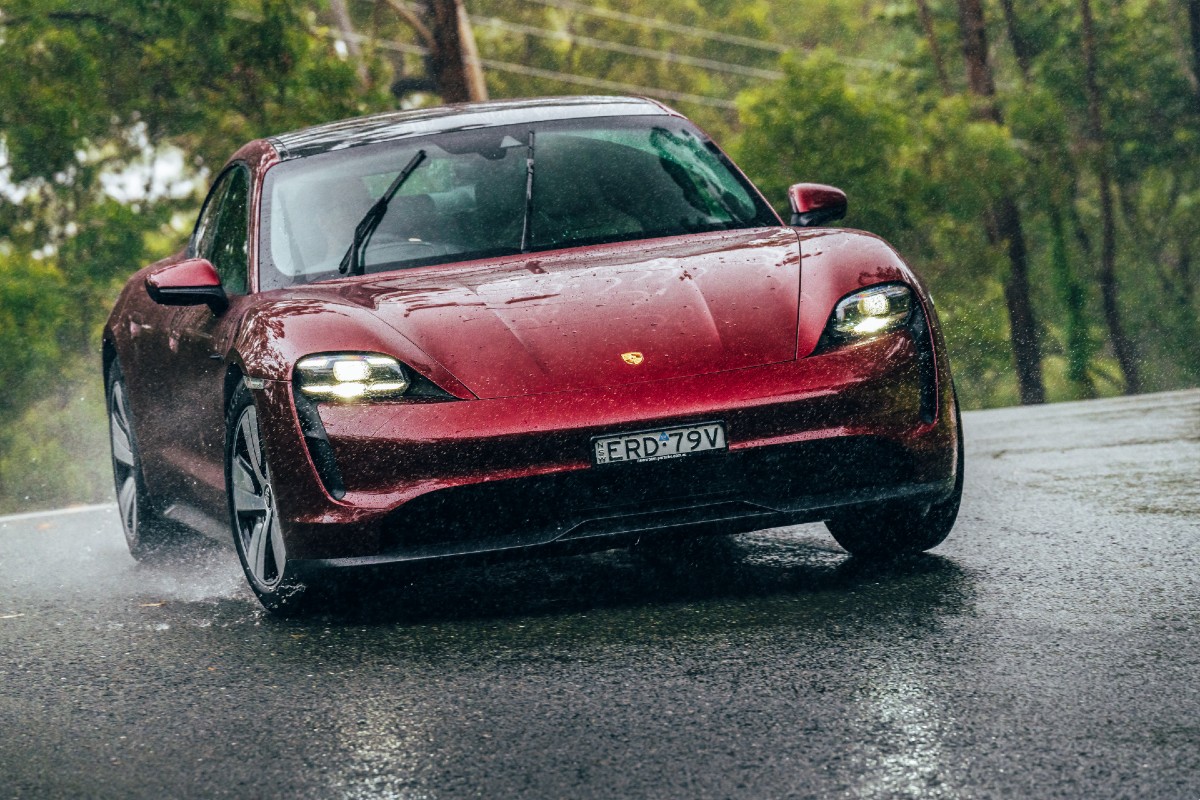 While losing the front motor may have a negative impact on outright performance, it has an equally positive effect on handling. In its standard form, the Taycan RWD is 255kg lighter than the Taycan Turbo S, although adding the Performance Plus battery does put back 80kg.

Still, that’s 175kg less weight and much of it is taken from the front end of the car, which allows the Taycan RWD to handle in a different manner to its all-wheel drive siblings.

Another major difference is the RWD comes standard with steel springs rather than the adaptive air suspension found on the higher grades. They also roll on smaller 19-inch alloy wheels, which makes for a high sidewall on the tyre (225/55) that further changes the driving experience.

This combination of changes means the Taycan RWD feels more simplistic – but in a good way. The all-wheel drive Taycan are brilliant, super-sharp and direct when cornering, but the RWD just turns-in so differently without the weight in the front it feels, dare I say, more Porsche-like.

By that I mean, more like a 718 rather than a Panamera. Don’t get me wrong, it’s still a two-tonne sports sedan, but the Taycan RWD feels more playful and engaging than its more powerful siblings on a twisty country road. Porsche Australia didn’t muck about when it came to laying out a road loop for the first local Taycan RWD drive. In a lengthy loop on Queensland Sunshine Coast we drove a route designed by Webber himself.

Aside from some pesky slow-moving traffic at times it was the ideal environment for the Taycan RWD. Electric cars are no longer just designed to be ‘city runabouts’ and instead the likes of the Porsche and others make driving an EV just as exciting as a petrol-powered sports sedan. Very similar to the rest of the Taycan range, you certainly don’t feel like you’re in a ‘budget’ model.

And of course, the fit and finish is to the high standard you expect from any Porsche.

How much does the Porsche Macan RWD cost? If it wasn’t for how fantastic the Taycan Cross Turismo is (which is a story for another day), I’d say the Taycan RWD might just be the pick of the range.

Obviously the extra performance of the Taycan Turbo and Turbo S has its appeal, but in the majority of the conditions the RWD will give you similar levels of thrills and driving enjoyment, for far less money.