An all-new electric model for Volvo’s former performance brand, designed to take on the likes of the Tesla Model 3 and Hyundai Ioniq 5.

Polestar is a standalone brand now, although it still retains close links to Volvo, and has set its ambition on becoming a genuine rival to both Tesla and Porsche with an ambitious product roll-out in the next five years.

There’s reason to believe that’s more than just optimism though, because Polestar (and Volvo, Lotus and Lynk & Co) are all owned by Chinese automotive giant, Geely, which has the bank balance to see the bold plans through.

The Polestar 2 is, as the name suggests, the second model from the brand, but the Polestar 1 was a limited edition coupe not sold in Australia. The 2 is leading the way and will be joined by the 3, 4 and 5 by 2025.

The Polestar 2 is available with three levels of powertrain and we’re testing the (current) flagship model – the Long Range with the bigger battery pack and a pair of electric motors making 300kW of power.

Australian racing fans will be familiar with the Polestar name from Volvo’s short-lived Supercars program. Polestar was the racing team responsible for the Swedish brand’s racing cars around the world and even built a limited run of road-going performance models. 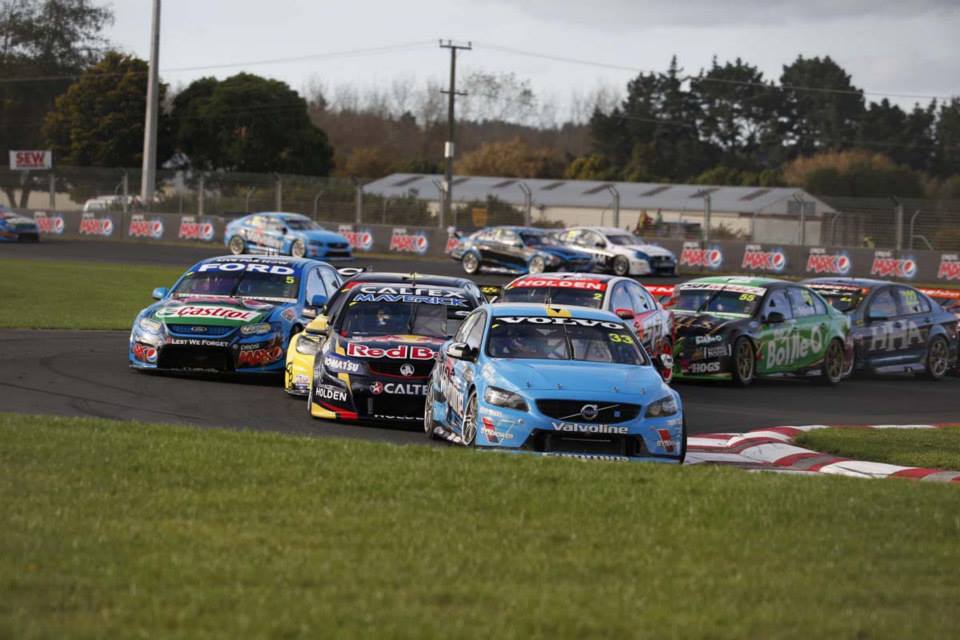 However, when Geely took control of Volvo it also claimed the Polestar brand and decided to spin it off into its own entity. The racing organisation formerly known as Polestar is now called Cyan Racing, and looks after the TCR program of Lynk & Co – another Geely brand.

As mentioned earlier, there are a pair of electric motors powering the Polestar 2 – one on each axle. Combined they make 300kW of power and 660Nm of torque, so while Polestar may not be all-about-performance these days this is still a seriously quick car.

The brand claims it can run from 0-100km/h in just 4.7 seconds and it feels exactly that quick from the driver’s seat. Whenever you put your foot down the 2 surges forward with ferocity.

Being the ‘Long Range’ model means it’s equipped with a 78kWh battery (compared to a 69kWh unit in the ‘Standard Range’ model). Polestar claims it has a driving range of up to 480km, although during our time a full battery gave us a projected 400km of driving on the dashboard; which is still more-than-enough for your typical day of driving. Our test car was fitted with the optional Performance Pack, which costs $8000 but brings adjustable Ohlins dampers, Brembo brakes and forged 20-inch alloy wheels to improve the handling.

The good news is the Performance upgrades work well, enhancing what was already a well-tuned car into something that has genuine appeal and engagement for the driver. While it’s not on the same level, dynamically, as say a BMW M3, the Polestar 2 is good news for those who want to go electric but still want to have fun on the journey.

It has adjustable steering settings and different brake regeneration options, but whatever setting you choose, the fundamental character of the 2 is responsive and well-controlled.
But there are some criticisms in the way it drives. The most obvious is the combination of sporty tuned dampers and 20-inch rims with tyres with minimal side-walls results in a ride that can be best described as fussy. On anything but smooth surfaces the ride is busy and fails to cushion the occupant.

Another frustration is despite Polestar being a separate brand, there are still several Volvo traits about the car. And the most Volvo element of the 2 is its over-eager safety systems, particularly its rear cross-traffic auto-braking.

Unless you switch off the system (which has to be done manually on start-up each time you drive), the car will apply roughly the same braking force as Daniel Ricciardo dive-bombing Lewis Hamilton under braking at the Monza chicane. That might be a bit dramatic, but the aggressive auto-braking was intrusive and borderline painful until we found the ‘off’ button.

Volvo and Polestar still clearly need to work on fine-tuning these systems that are meant to be helpful and potentially life-saving.

Given its potent performance and preference for smooth surfaces, I’d love to let the Polestar 2 loose on a racetrack. Somewhere with plenty of low-speed corners to allow that acceleration to shine, a circuit like Winton – or perhaps Sweden’s Ring Knutstorp – with limited long straights but challenging series of corners. Really beautiful. Our test car was multiple shades of black and grey – even the wood – but the minimalist design looks stunning.

There’s more than a hint of Volvo’s Scandinavian design language to the cabin, but that’s no bad thing, because it gives the Polestar 2 a look that none of its would-be German, Japanese or American rivals can match. Being an EV, there’s also a big element of sustainability to the design, with the seats finished in what Polestar calls ‘WeaveTech’ – a vegan upholstery designed deliberately to replace leather. It’s certainly not pretending to be leather, like some luxury car brands try, and instead it feels more like a wetsuit-type material that’s comfortable and looks hard-wearing.

It’s not all good though, because our test car was fitted with an optional panoramic glass roof, with no cloth shade.

A glass roof is probably a great idea in Polestar’s native Sweden, where the Scandinavian sun isn’t quite as punishing as Australia. But living with the Polestar 2 during the Aussie summer meant a baking-hot cabin every time we jumped in, forcing the air-conditioning to work overtime to cool the interior.

As you’d expect for an EV with a premium bias the Polestar 2 isn’t cheap, especially the ‘Long Range’ model we tested. It starts at $69,900 (plus on-road costs) and that’s before you start adding any options.

The three option packs include the aforementioned Performance Pack for $8000, a Pilot Pack for $5000 (which adds adaptive cruise control, blind-spot monitoring and the frustrating rear auto-braking) and the Plus Pack for $5000 (adding the glass roof, 13-speaker Harman Kardon audio, WeaveTech trim, etc).

So with everything added you’re looking at $87,900 (plus on-road costs) for the ultimate iteration of the Polestar 2. 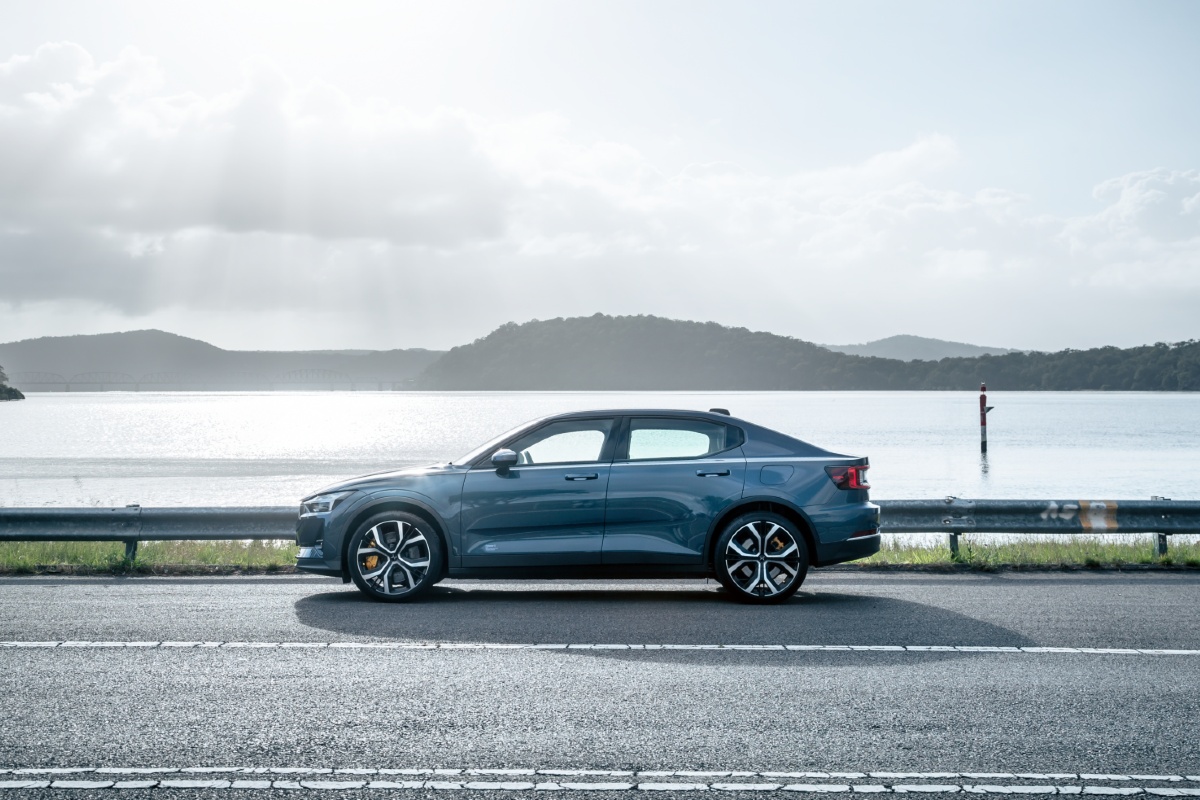 I like the original Polestar-tuned Volvo models, and while this is a completely different type of vehicle, Geely has made the right call to spin it off and create its own electric rival to Porsche and Tesla.

The Polestar 2 is slick, stylish and speedy – everything you want in a car for today and the future.