A luxury SUV that can get down and dirty if needed.

The Discovery was originally meant to be a more civilised version of Land Rover’s Defender, blending genuine off-road capability with everyday practicality. That was because the Defender was a utilitarian vehicle with little regard for any creature comforts, but with the introduction of the new-generation Defender that has changed.

It is now effectively filling the role of the Discovery, being both off-road capable and more pampering, which has allowed the ‘Disco’ to move more upmarket and blur the line between itself and the Range Rover.

Not a lot, but a Discovery did win the 2010 edition of the Rallye Aicha des Gazelles, an all-female off-road race through Morocco.

The D300 is powered by Land Rover’s latest Ingenium powertrain, a 3.0-litre twin-turbo inline six-cylinder diesel with a mild-hybrid system. It makes 220kW of power and 650Nm of torque, which is enough to endow the Disco with punchy performance despite its size.

Land Rover claims it can run 0-100km/h in just 6.8 seconds, which is impressive for a seven-seat SUV.

It’s also a wonderfully smooth engine, with the performance coming on in a linear fashion that adds to the premium feel of the Discovery.

And it’s economical, with a claimed combined urban/highway cycle return of 7.5-litres per 100km. 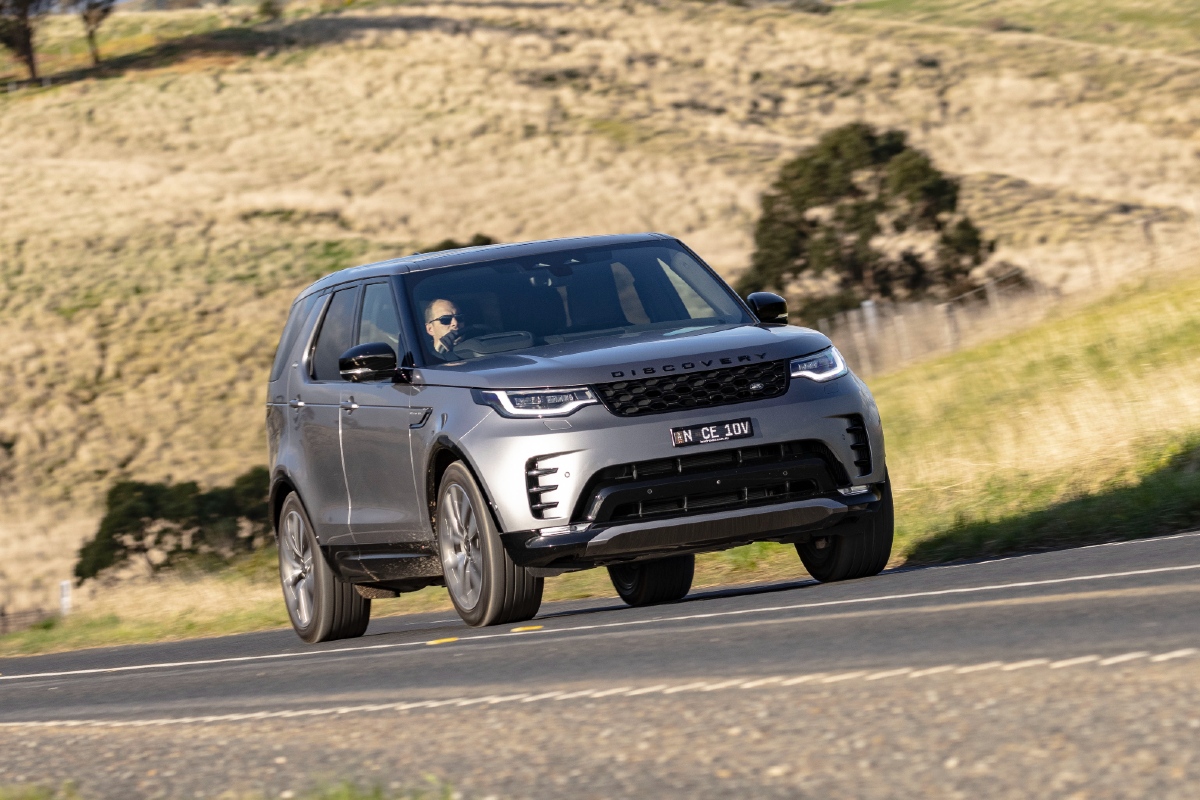 What stands out about the 2022 version of the Discovery is the way it handles on the road, rather than in the outback. Of course, it still comes equipped with all the off-road equipment you expect from a modern Land Rover – including a single-speed transfer box, Gradient Acceleration Control, Hill Descent Control, etc – but the air suspension is more at-home on sealed roads than ever before.

It feels genuinely luxurious and that makes it easy to drive in traffic and negotiate the kinds of obstacles you find in the city and suburbs, like speed bumps and potholes – rather than muddy ruts and rocky outback tracks.

While capable off-road this latest generation Discovery is more at home in the urban jungle. One of my favourite features is the vehicle dimension screen in the touchscreen display. This tells you exactly how big the Disco is as it changes height on the air suspension, which not only means you can assess how you might approach an obstacle in the bush but also if you can make it into your local shopping centre car park. 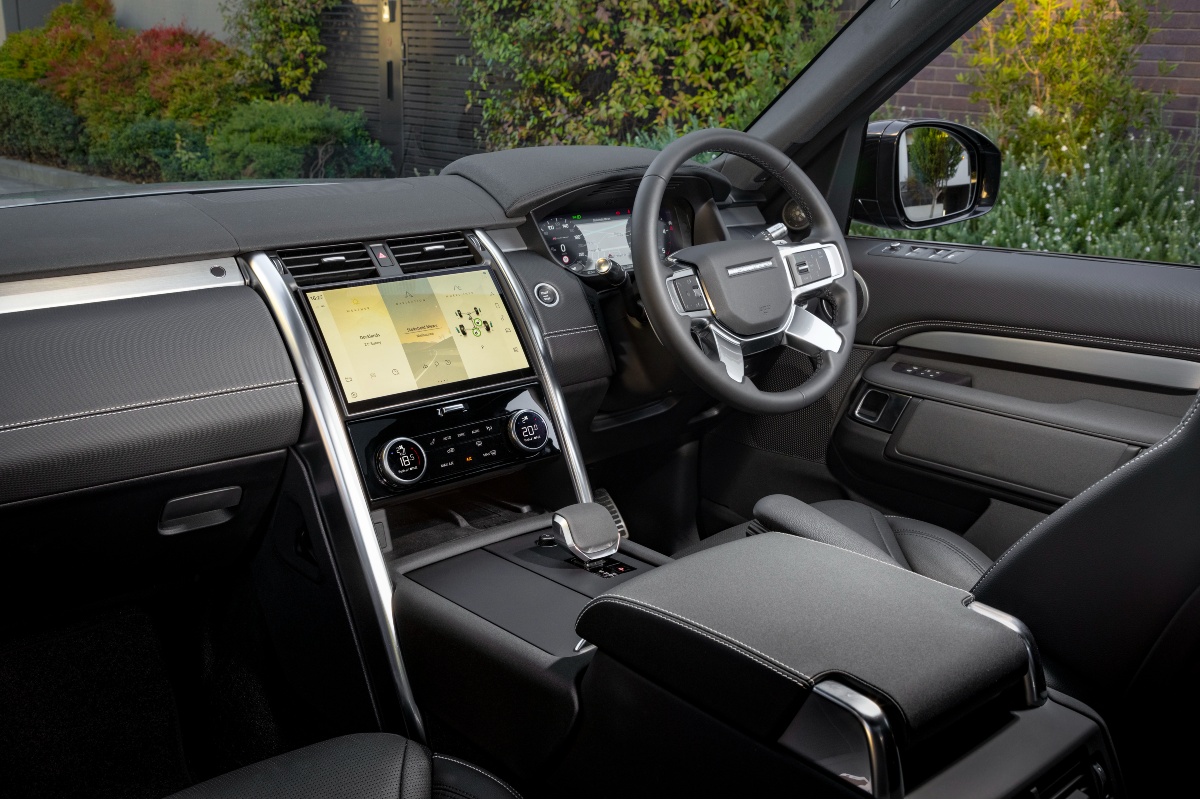 It’s a fantastically plush interior with plenty of creature comforts and the latest technology. While the Defender has become more modern it has retained some of its utilitarian design elements, which has allowed the Discovery to be a more openly luxurious model.

Our test car was fitted with a digital instrument panel and a large central infotainment touchscreen that adds a hi-tech look and feel, as well as excellent functionality.

The leather-trimmed seats are comfortable and supportive, particularly the front captain’s chairs, while space is generous in the second row and respectable in the third row.

The boot is roomy in five-seat configuration but obviously if you need to use all seven seats you’ll lose some cargo room.

The Discovery SE D300 starts at $113,375 (plus on-road costs), but there are plenty of variants to choose from in the range, with different trim levels and the P360 petrol engine variants.

For comparison, a Defender 100 D300 SE starts at $101,959 (plus on-road costs), so the British brand has you covered whichever type of SUV you want – luxury or rugged. There’s a lot to like about the latest Discovery and it makes a lot of sense that Land Rover has pushed in more upmarket in the context of the new Defender.

However, as much as I like the Disco, I prefer the Defender. Ironically because it performs the role the Discovery used to – part-luxury SUV and part-adventure vehicle. It provides a bit more flexibility and feels more capable of getting ‘down and dirty’ off-road when adventure calls.

But if you want a luxurious SUV that has some genuine off-road ability, you should give the Discovery a long, hard look.