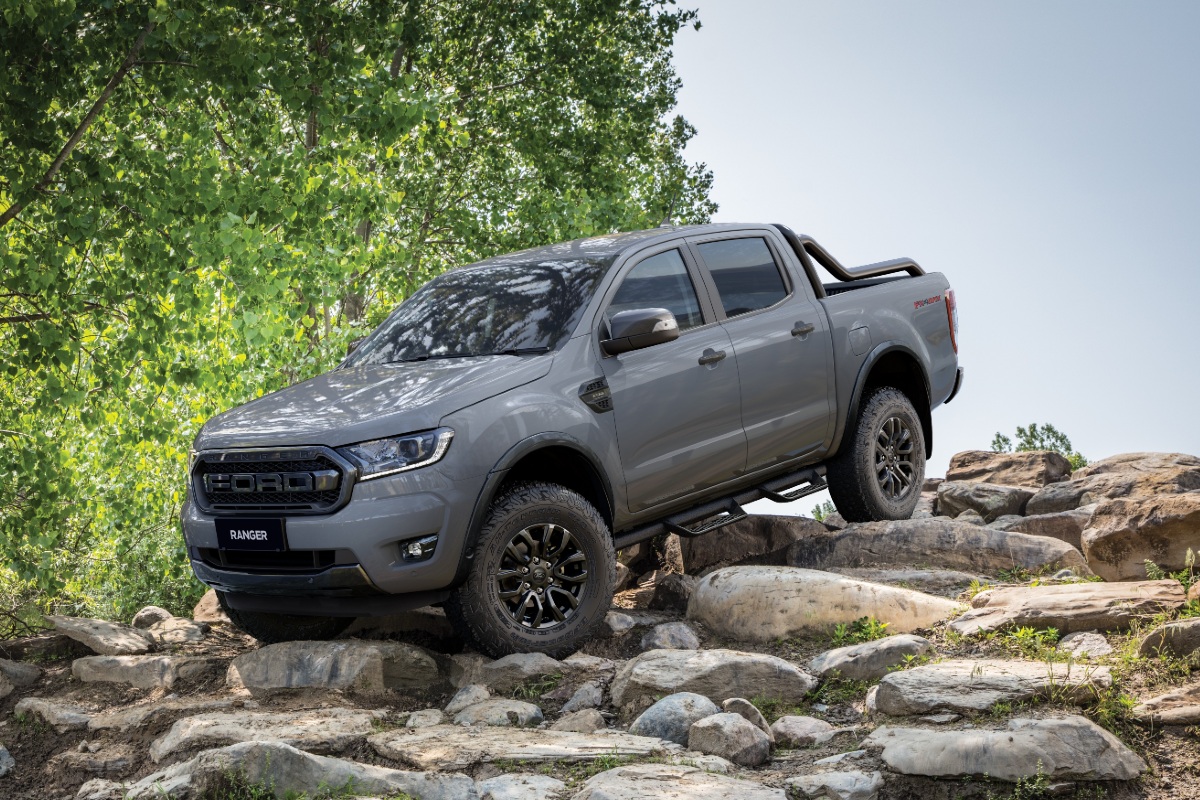 One of the final send-offs to Ford’s most important model. With the current Ranger launching back in 2012 and the new one on the way, the blue oval needed something to keep it fresh and interesting in its old age.

Enter the FX4 Max, which takes elements from the hugely popular Ranger Raptor and puts it into a different package. It has been designed to be a more off-road capable ute straight from the factory, with both mechanical and cosmetic changes that many owners were adding themselves via aftermarket sources.

The Range FX4 makes it a in-house job which will be a big appeal for many who don’t know the best place to start modifying their new ute.

On the outside there’s the new ‘F-O-R-D’ grille, which is similar but subtly different that the one on the Raptor, plus body-mounted metal ‘hoop’ side steps, a matte-black sports bar and in-tray lighting.

Underneath there’s new shocks, wheels and tyres, but more on that later.

The FX4 Max gets some of the key upgrades from the Raptor that were taken from Ford’s Baja 1000 off-road racing background. The most notable of these are the Fox shocks, which provide superior off-road performance thanks to lessons learnt racing through the desert. Power comes from the same engine as the Raptor too, with Ford’s 2.0-litre four-cylinder twin-turbo diesel and its paired to a 10-speed automatic transmission. It makes the same 157kW of power and 500Nm of torque in the FX4 Max so it feels just as quick on the road as its big brother.

While it may only be small in size this is a good engine, with enough grunt to pull the Ranger along with ease and confidence. It’s strong enough to tow up to 3500kg, which will be important for many buyers.

However, while the 2.0-litre bi-turbo is being carried over to the new Ranger model, the fact Ford is offering a new 3.0-litre V6 turbo diesel is a sign that many buyers will want a bigger engine with more grunt.

How does the Ford Ranger handle? The FX4 Max isn’t just a special edition sticker package, Ford focused on giving it a genuine off-road performance upgrade. That’s why it gets a complete reworking of the suspension including the addition of 2.0-inch monotube Fox shock absorbers and 20mm lift. Ford Australia engineers tested the FX4 Max in a variety of new off-road conditions to ensure it handles better.

These changes also help its on-road handling, with a noticeable improvement to how it deals with bumps and imperfections you find driving around town. However, the FX4 Max doesn’t get all the same upgrades as the Raptor so it doesn’t drive quite as nice as the flagship. One specific example of that is the steering, which is heavier and less direct than what you find in the Raptor.

Unfortunately the recent poor weather on Australia’s east coast didn’t allow us to safely test the improved off-road prowess of the FX4 Max, so that’s where we’d really love to explore its potential.
While the Raptor is designed for high-speed off-roading, the FX4 Max (on paper at least) seems built to tackle slower but just as challenging terrain, like rocky trails or muddy paths. 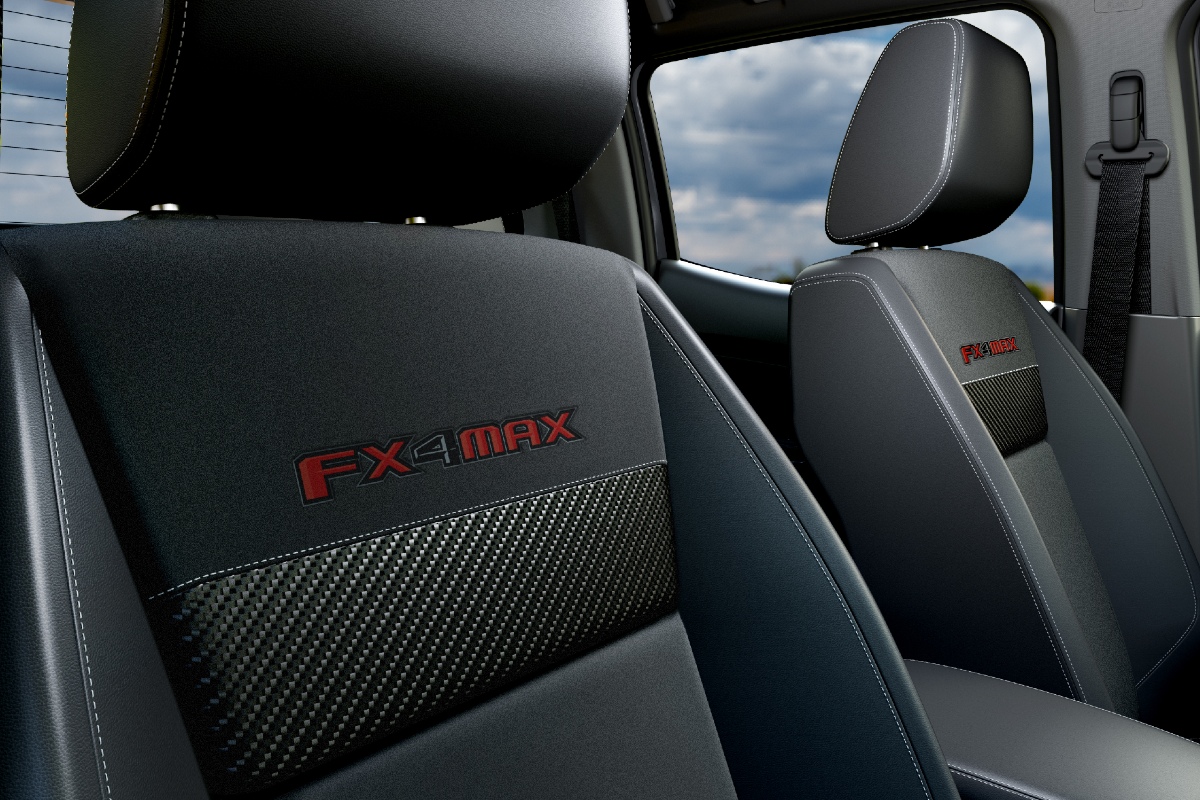 For starters, you climb up into the cabin on the FX4 Max specific side steps, which aren’t just practical but look good too. Once inside you’re greeted with new all-weather floor mats and unique seats that are trimmed with Miko suede inserts and have ‘FX4 Max’ branding.

The rest of the interior is similar to what you find in the rest of the Ranger range, which is as nice as any dual-cab ute on sale today (even if the upcoming new Ranger does take a major leap forward). There is one additional change specific to the FX4 Max, a small panel of six auxiliary switches on the top of the dashboard. These are to make it easier for any aftermarket accessories and equipment you may want to add to make your FX4 Max even more off-road capable, such as light bars, spot lights, winches, etc. It’s backed up by a 250A alternator to help reduce the strain on the battery.

How much does the Ford Ranger FX4 Max cost?

It starts at $66,190 (plus on-road costs), which positions effectively alongside the 2.0-litre bi-turbo Ranger Wildtrak (from $66,090). It also makes it significantly less expensive than the Raptor X, which is priced from $79,390.

I would have considered it a year ago, but with the new-generation Ranger only a few months away now – and boasting the option of a new 3.0-litre V6 turbo diesel – I’d prefer to wait.

That’s not to say the Ranger FX4 Max isn’t worthy of consideration, because if you want a ute with serious off-road credentials, a strong engine and well-appointed cabin, then it’s definitely worth putting on your shopping list.