The send-off for the current ‘S550’ Mustang, with a new model likely to be revealed before 2022 is finished. The Mach 1 is also the most track-capable version of this generation, or at least the best without a Shelby badge; because we don’t get those models here.

But we already tested it on the track last year, so this time around we’re focused entirely on its road credentials.

Carroll Shelby has plenty of racing heritage with Ford, and while it may not have a Shelby badge, the Mach 1 does have several components taken from the Shelby parts bin. This includes a new intake manifold, oil filter adapter and engine oil cooler from the GT350 and a pair of side heat exchangers, the rear axle cooling system and lower diffuser from the GT500.

It’s the same naturally-aspirated 5.0-litre V8 as the Mustang GT, but thanks to the Shelby parts the engine makes more grunt – 345kW and 556Nm. You can get a six-speed manual gearbox, but our test car was fitted with the optional 10-speed automatic.

While it’s not the most powerful V8 on the market, it may be one of the best sounding. It’s certainly the perfect soundtrack for this American classic, a deep, throaty roar that starts low in the rev range and only gets better as it heads towards its redline.

And having said it may not pack as much punch as say, the supercharged R-Spec, there’s more than enough grunt from this V8 to make the Mach 1 feel rapid on the road.

One of the most interesting aspects of our extended Mach 1 review was the performance of the automatic. When we drove it on the track last year we were impressed with its flexibility across the rev range. However, in the daily grind there were several occasions when it felt clunky, awkwardly slotting through multiple gears in quick succession. 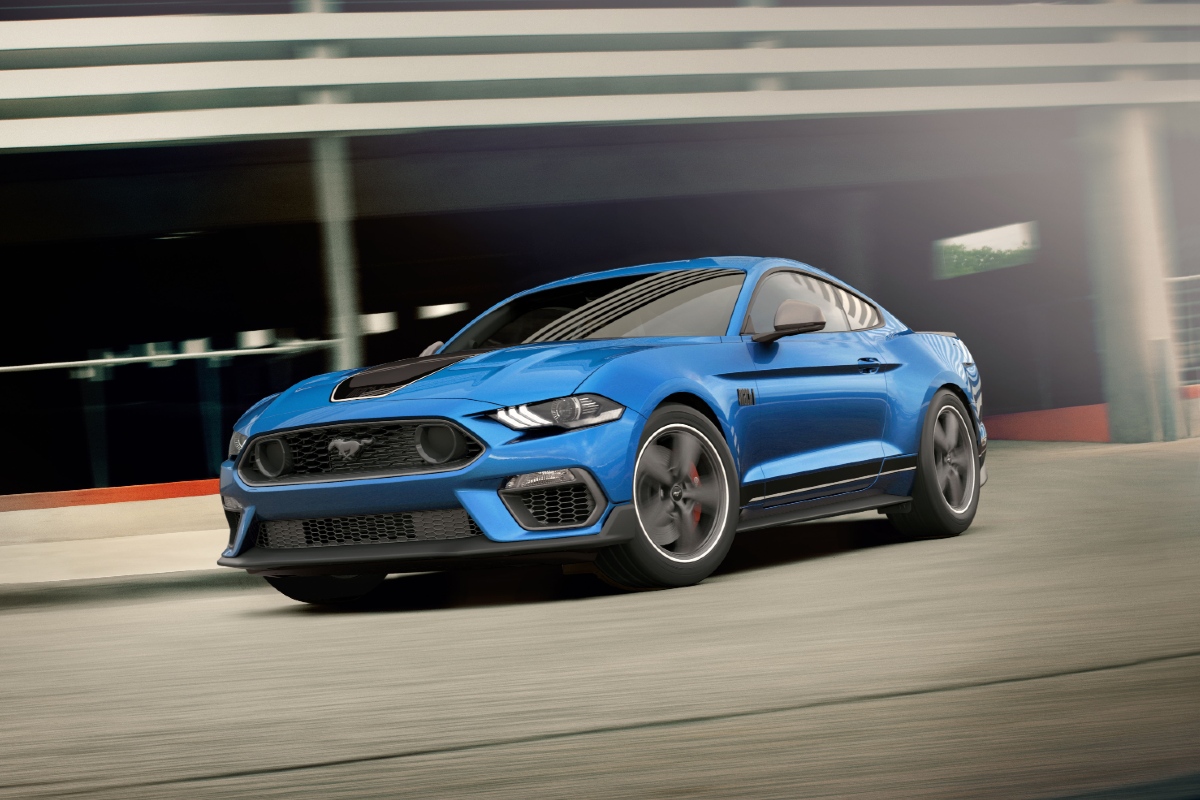 We gave an extensive critique of its track handling in our initial review (spoiler alert: we loved it), so this time we stuck to its performance on the road.

The suspension has been overhauled with a unique tune for the MagneRide adaptive dampers, stiffer anti-roll bars and new front springs, as well as adding GT350 toe-link components and the rear subframe from the GT500.

The Mach 1 also gets a new wheel and tyre package, with ‘70s inspired rims wrapped in Michelin Pilot Sport 4 rubber.

While these changes impressed on the track, that’s not surprising as they are track-focused tuning. Often these kinds of upgrades will be detrimental to the on-road character for a car, making it too stiff or edgy.

But that’s not the case for the Mach 1. It feels stiffer, sure, but not uncomfortably so and it makes for a well-controlled ride and sharper handling in any condition. The steering feels particularly nice and a step ahead of the rest of the Mustang range.

Having driven the Mach 1 extensively on both the road and racetrack we can say with certainty it feels good in either scenario.

It’s an ideal car for a weekend blast on your favourite country road, but if you want to really experience its full potential you’ll need a track. Given its American heritage it would be great to push the Mach 1 to its limits on a classic US track, like Laguna Seca or Sonoma Raceway. 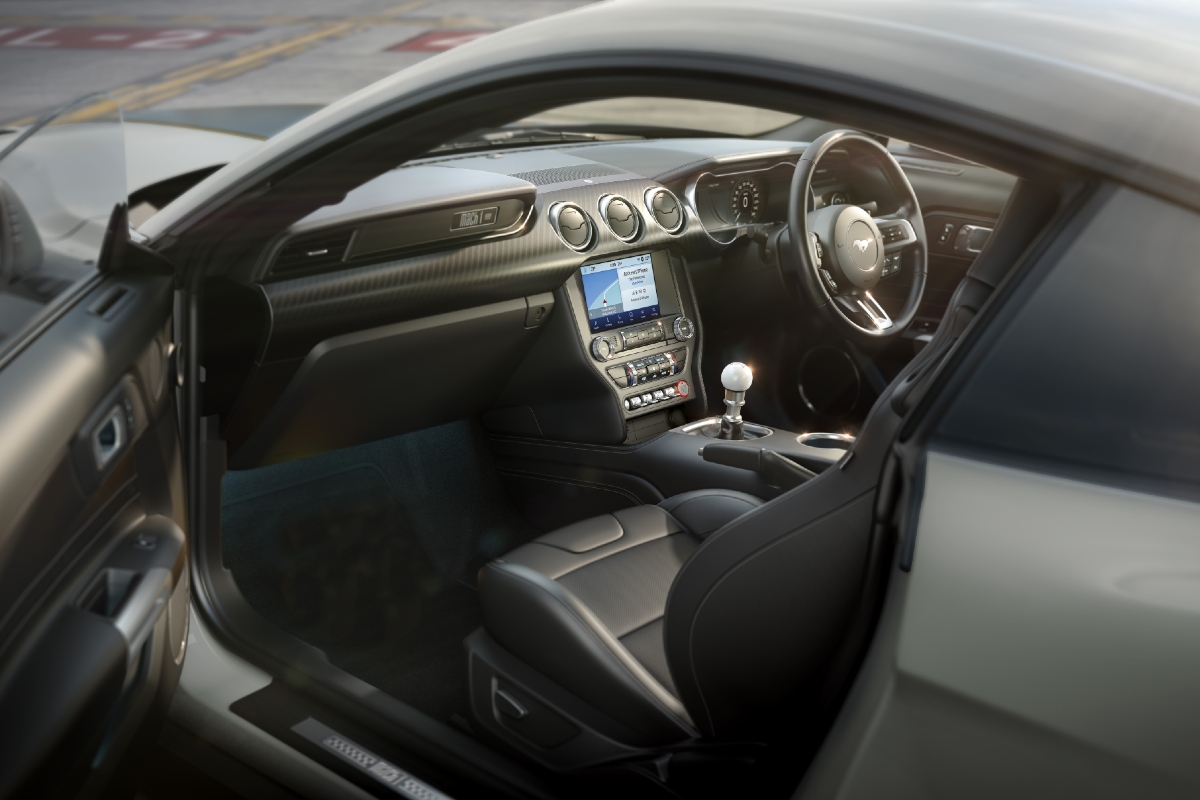 The Mach 1 isn’t wildly different from the Mustang GT inside, but Ford has improved this generation during its life. When it was introduced to Australia it was criticised for the harder plastics used, but given the combination of performance and price this reviewer has always appreciated the Mustang for what it is – a working-class sports car. It’s not a luxury car but it has a look that suits the heritage of the ‘Stang.

Ford has added more soft-touch materials, but more importantly, introduced a 12-inch digital instrument panel that looks hi-tech and offers more functionality (with various displays available).
Our test car was fitted with the optional Recaro seats, which not only look good but are comfortable too. 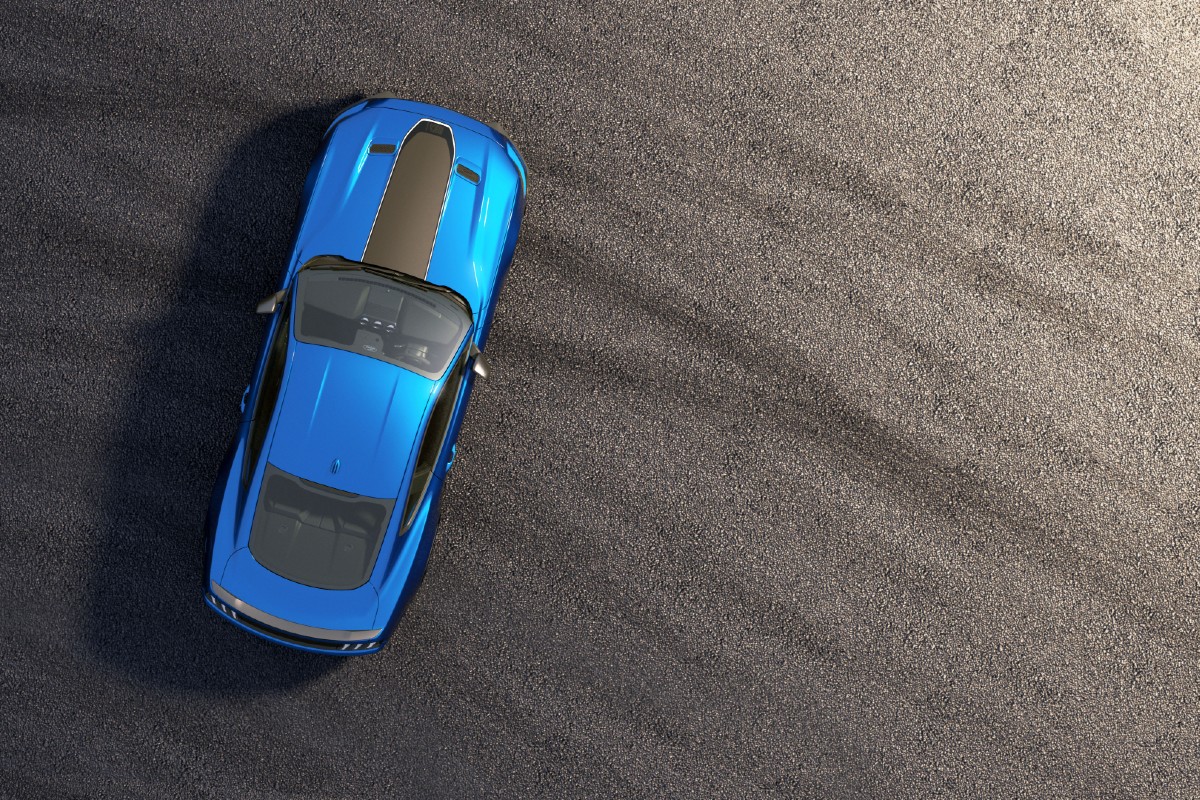 Most definitely. I was already impressed with its on-track performance but after spending a week living with the Mach 1 I became addicted to its charms – and that sweet V8.