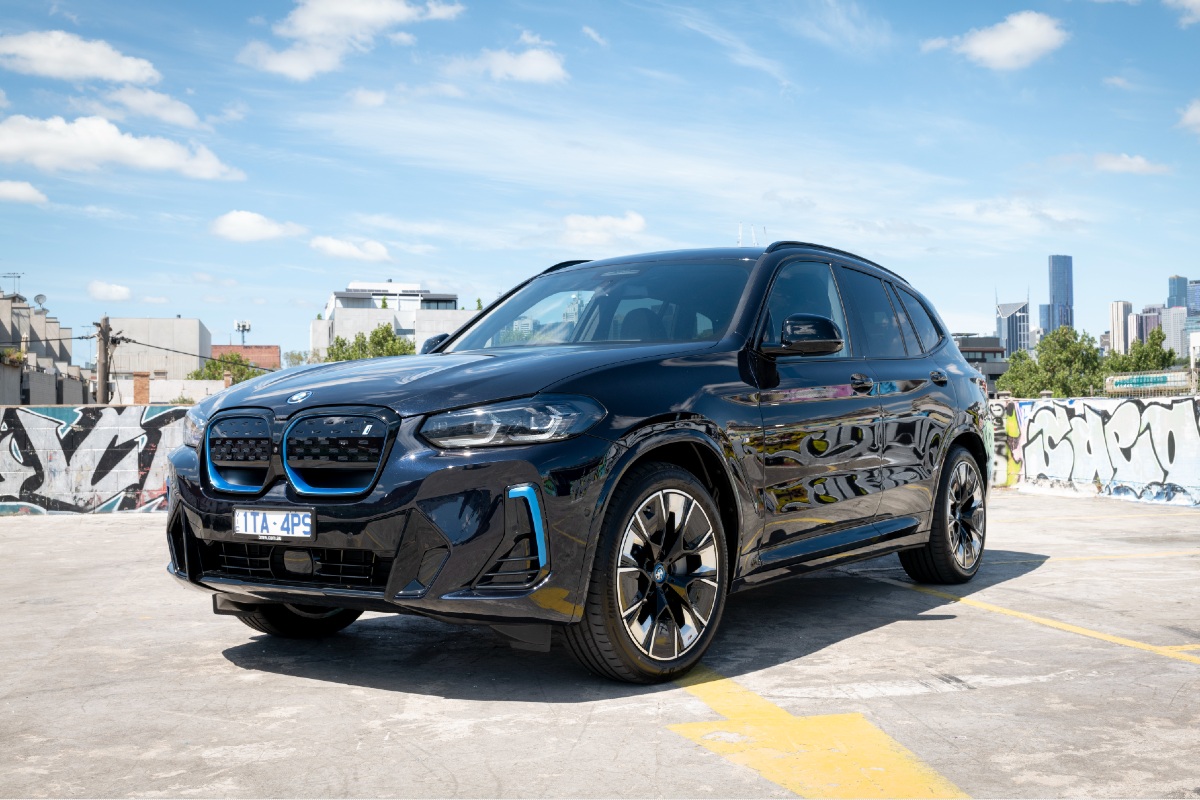 BMW’s second take at electric vehicles. After modest success with its original EV, the unique i3 hatchback, the Bavarian brand has changed tactics and is now introducing a range of EVs based on its existing models.

As you can probably guess from the name, this is based on the popular X3 mid-size SUV. However, the petrol or diesel engines are swapped for an electric motor, to make it a rival to the likes of the Mercedes-Benz EQC, Audi e-tron and Hyundai Ioniq 5.

Externally there are only relatively small design elements that indicate this isn’t a ‘normal’ X3 – such as the blanked off kidney grille – rather than the radically different styling that defined the i3 for better or worse. BMW is hoping that by taking a more conserative, approach it can make EVs more appealing to its customer base. 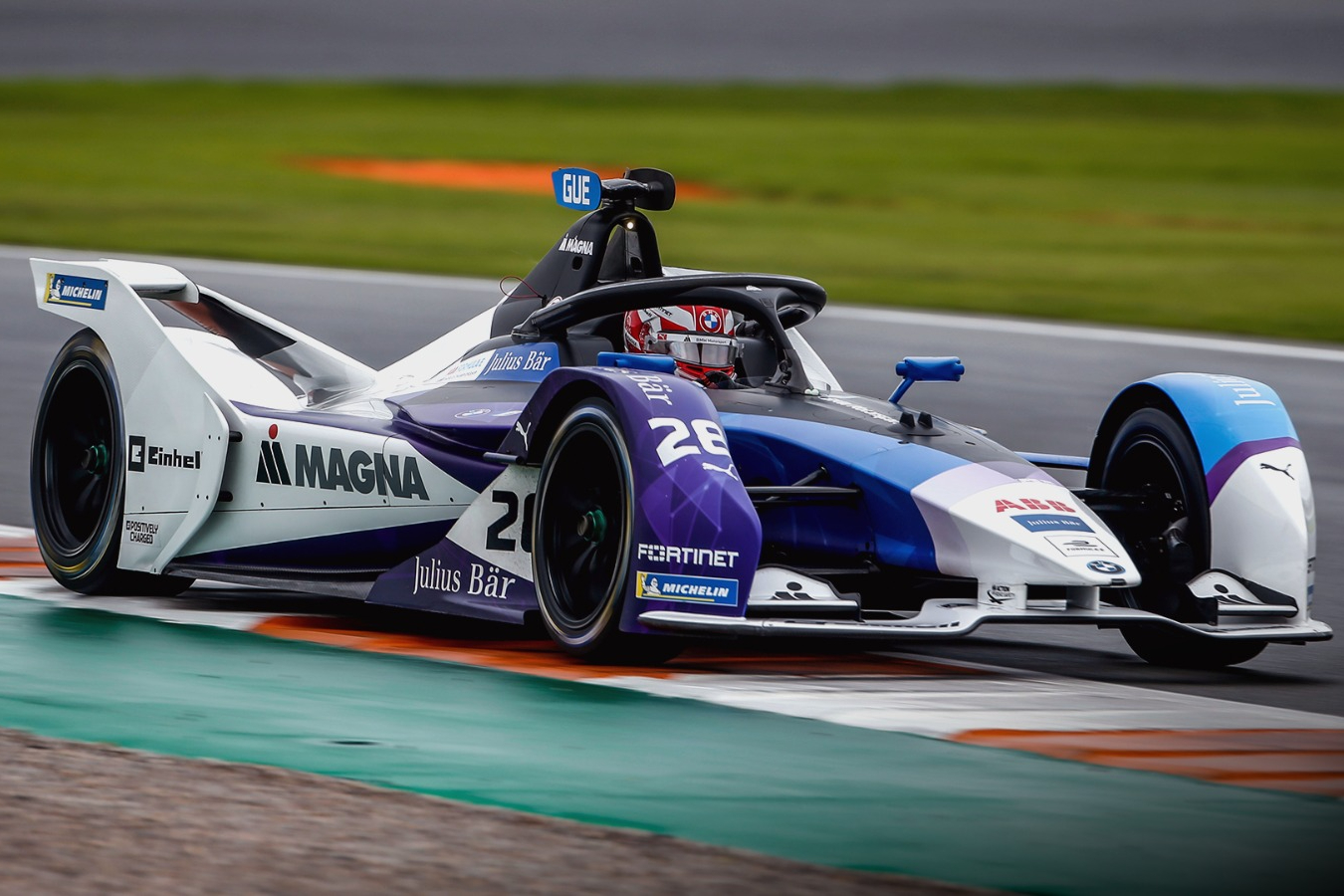 BMW tried to accelerate its EV knowledge and image by joining the Formula E championship. How much technology actually trickled down to this model is open for debate, but certainly it has taken lessons from all of the company’s previous EVs – both road and racing versions.

There’s no powertrain elements under the bonnet because BMW has been able to integrate the electric motor, power electronics and transmission into a single unit and mount it at the rear of the iX3. So, somewhat ironically for a very future-focused model, the iX3 has BMW’s classic rear-wheel drive layout.

By opting for a single motor the iX3 doesn’t have the flashy outputs of some rivals, but it still makes a very respectable 210kW of power and 400Nm of torque. That’s not to suggest the iX3 is slow, far from it. BMW claims it will run 0-100km/h in 6.8 seconds and it feels quick from the driver’s seat, with excellent response from the motor whenever you put your foot down.

It doesn’t have the ‘ludicrous’ acceleration offered by some cars, but for those more worried about the emissions free part of electric motoring rather than outright performance the iX3 does a commendable job.

BMW claims the iX3 has a real-world driving range of up to 460km, though we found the dashboard typically predicted around 300km with a full charge.

One fun little element of the iX3 powertrain is the noise it makes on start-up, with a very futuristic and melodic sound as you press the button to switch it on. It turns out BMW actually got help from Oscar-winning movie composer Hans Zimmer to get the sound just right – a worthwhile endeavor in our book. 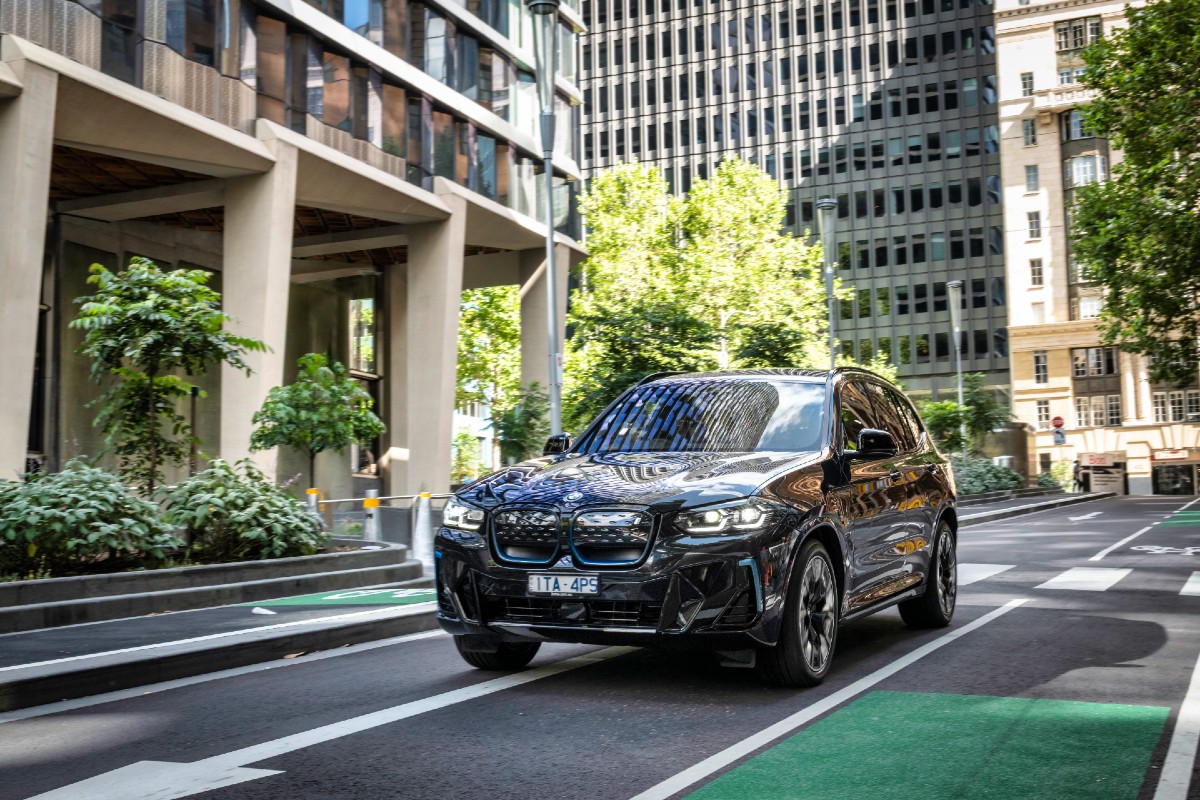 The good news for BMW is the iX3 doesn’t have any outrageously different driving character to the rest of the X3 range. Sure, it’s quieter and does feel heavier (tipping the scales at 2260kg) but overall it has many of the same characteristics as your typical BMW.

That means direct steering and a controlled but firm ride that gives it that sporty feel BMWs are famous for. The rear-wheel drive layout is perhaps the biggest difference compared to the X3, providing a different feeling when cornering – a subtle push rather than the all-wheel drive combination of pushing and pulling.

There are three drive modes to choose from too – Comfort, Sport and Eco Pro – which allow you to alter the powertrain and chassis settings. However, even in ‘Comfort’ the iX3 ride remains firm but if you do want to have some fun in the corners the ‘Sport’ setting is noticeably sharper and more responsive.

Normally a new BMW would feel like the kind of car you’d like to take to a track, but the iX3 isn’t a typical new model – even if BMW is trying to make it look and feel that way. Being an SUV it would seem better suited to the daily urban commute, and while it does that job well, where I’d really like to drive it is on a curvy country road, where you can let the motor off the leash and push the chassis to its limits. 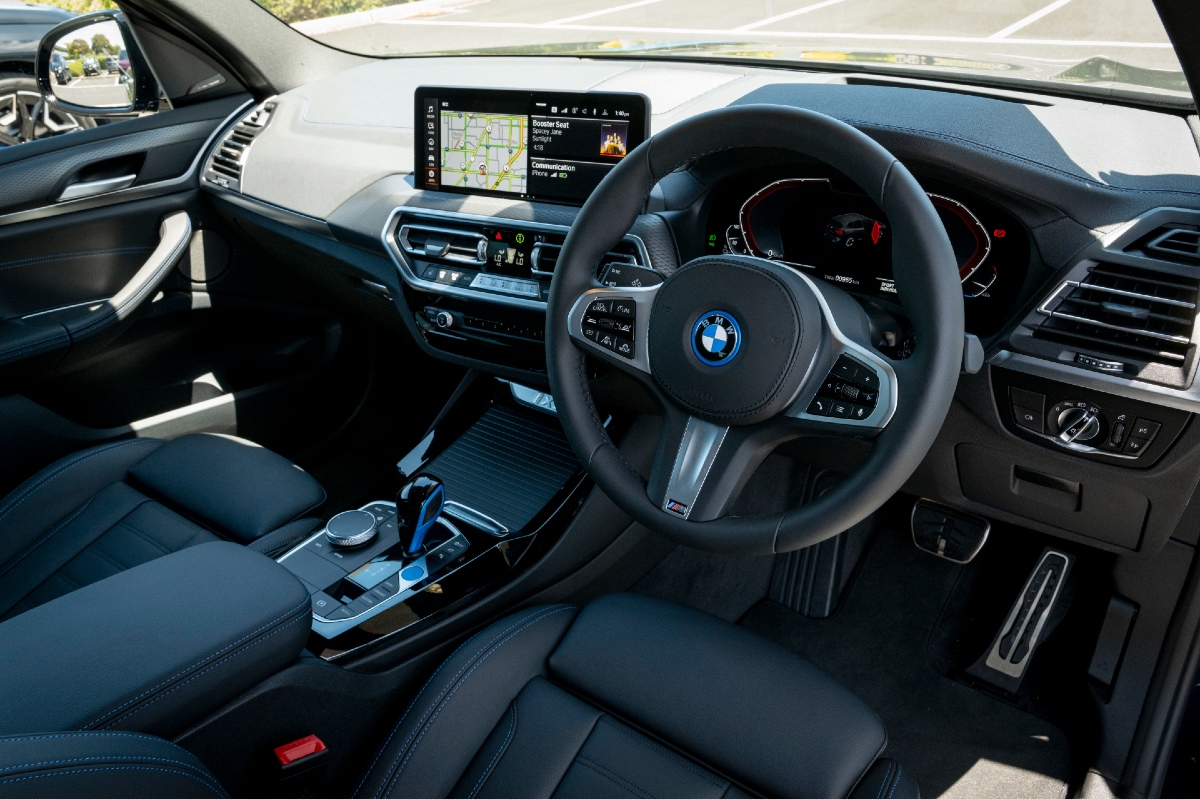 This is where the new BMW EV strategy really differs from the old. The i3 was a breath of fresh air when it arrived, at least from a cabin design point-of-view. With the brand typically preferring a cookie cutter approach to cabin design, the i3 arrived with a bold and unique style all its own. It had simple but effective tablet-style displays for both the instruments and infotainment and a funky use of new materials.

The iX3, on the other hand, reverts back to BMW’s conventional style, albeit with some small and subtle EV elements. These include the unique digital instrument display and the ‘electric blue’ highlights around the cabin, but apart from that it looks the same as the X3.

How much does the BMW iX3 cost? 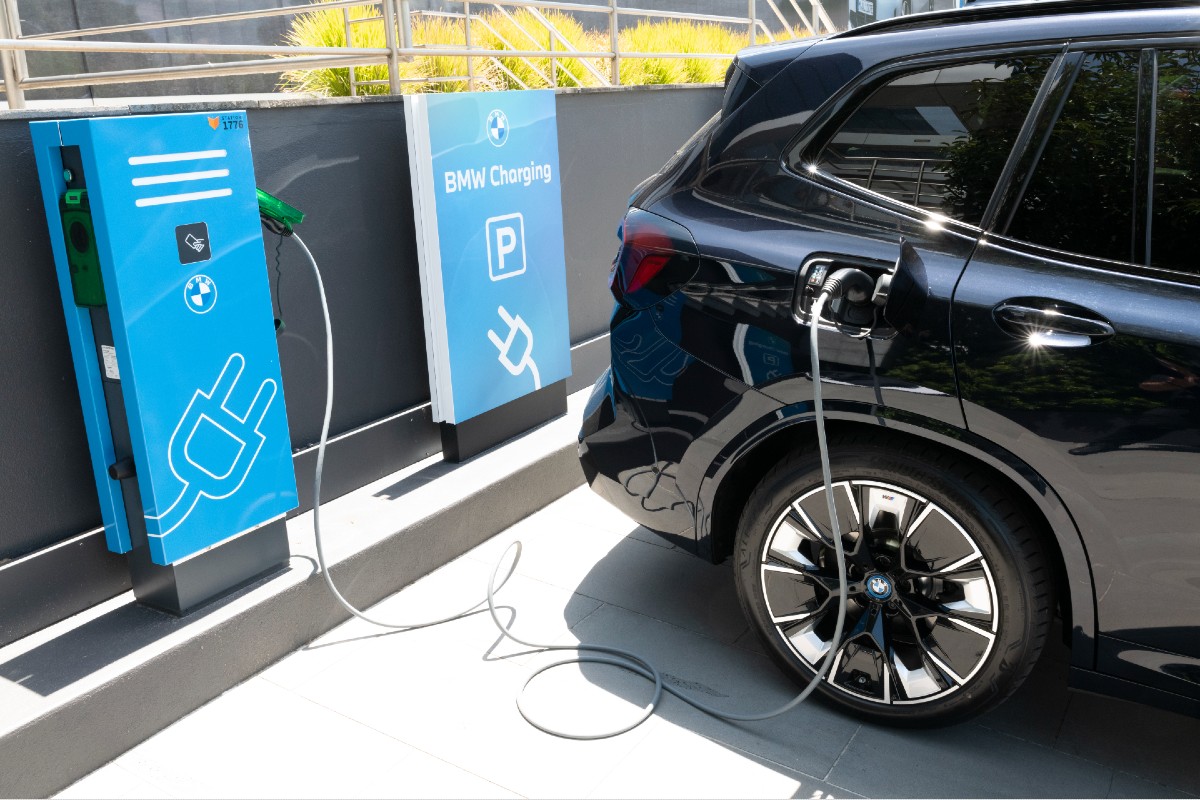 The iX3 is priced from $114,900 (plus on-road costs), which positions it at the same level as the performance-oriented X3 M40i.

You get a long list of standard features plus a five-year subscription to the Chargefox network, which means you can charge for free whenever you need to. 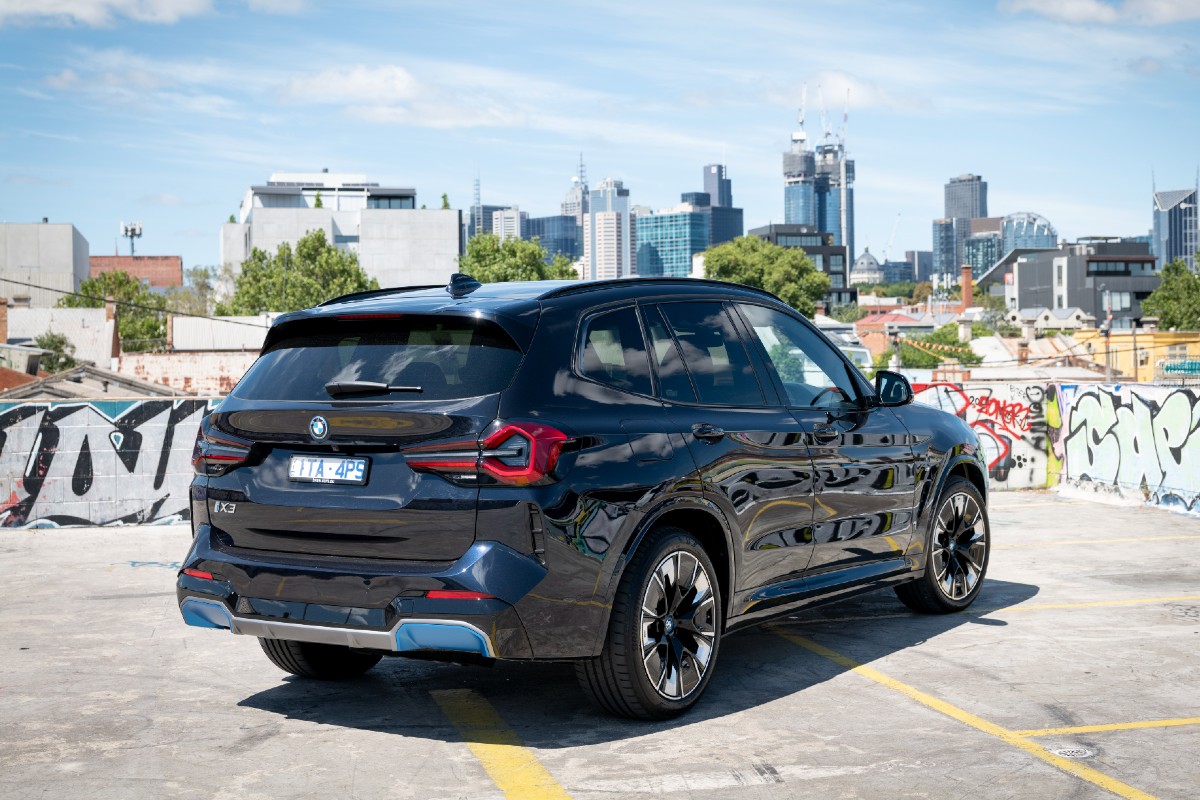 The electric SUV market is hotting up with the recent arrival of the Hyundai Ioniq 5 and Kia EV6 to go with the Mercedes EQC and Audi e-tron. But the iX3 would certainly be on my short-list if I was looking to buy.

It has conventional looks and driving character, which make it an easy step for someone looking to get into their first EV. But it has a punchy motor, respectable driving range and included charging which makes it an appealing EV in its own right.

Second time might prove to be a charm for BMW…