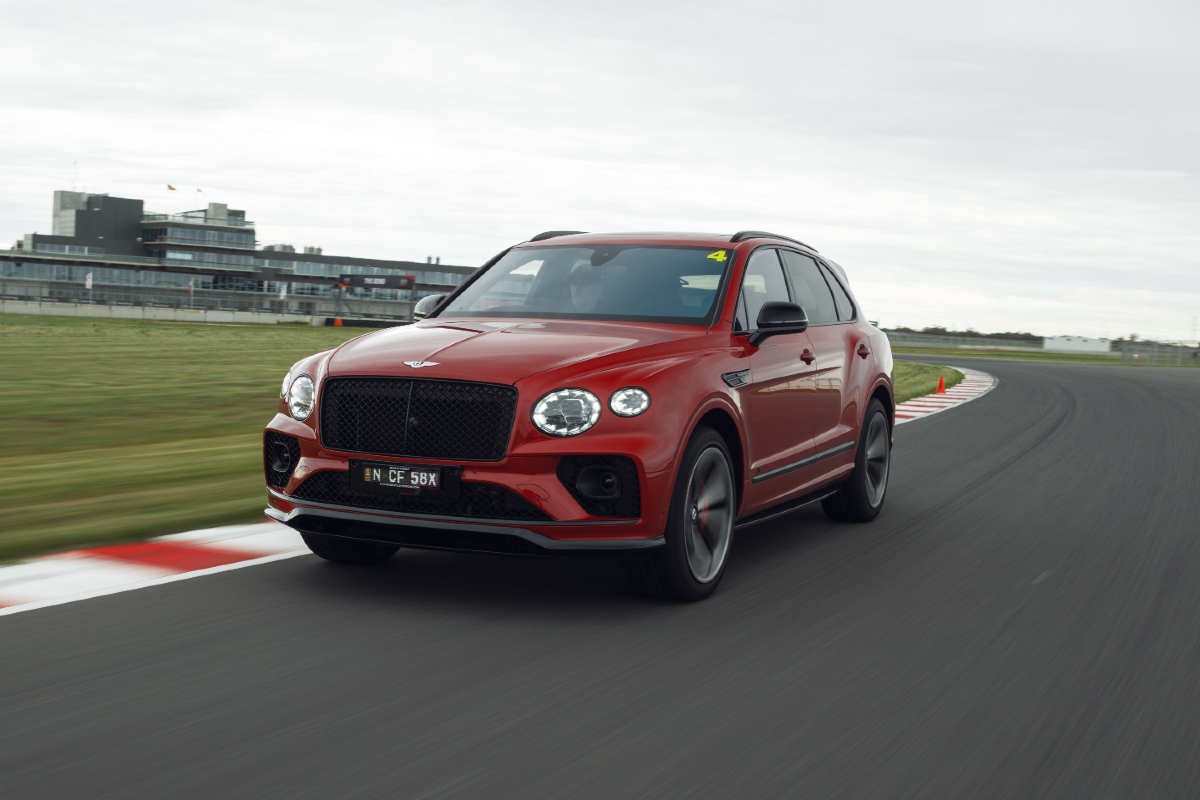 In nautical terms, the Bentayga S is a pleasure cruiser with the performance of a powerboat. It may look large (and it is) and plush (and it is) but it’s also ferociously quick.

The Bentayga may be a modern addition to the range and certainly caters to the current SUV trend, but it’s also quintessentially a Bentley. The British brand has always built cars that are contemporary, opulent and powerful, and the Bentayga S carries on that tradition.

The ‘S’ slots between the ‘regular’ Bentyga (if there’s such a thing as a regular Bentley) and the W12-powered Bentayga Speed.

This is an SUV for those who want the finer things in life and are willing to pay for them, so let’s see how it measures up. 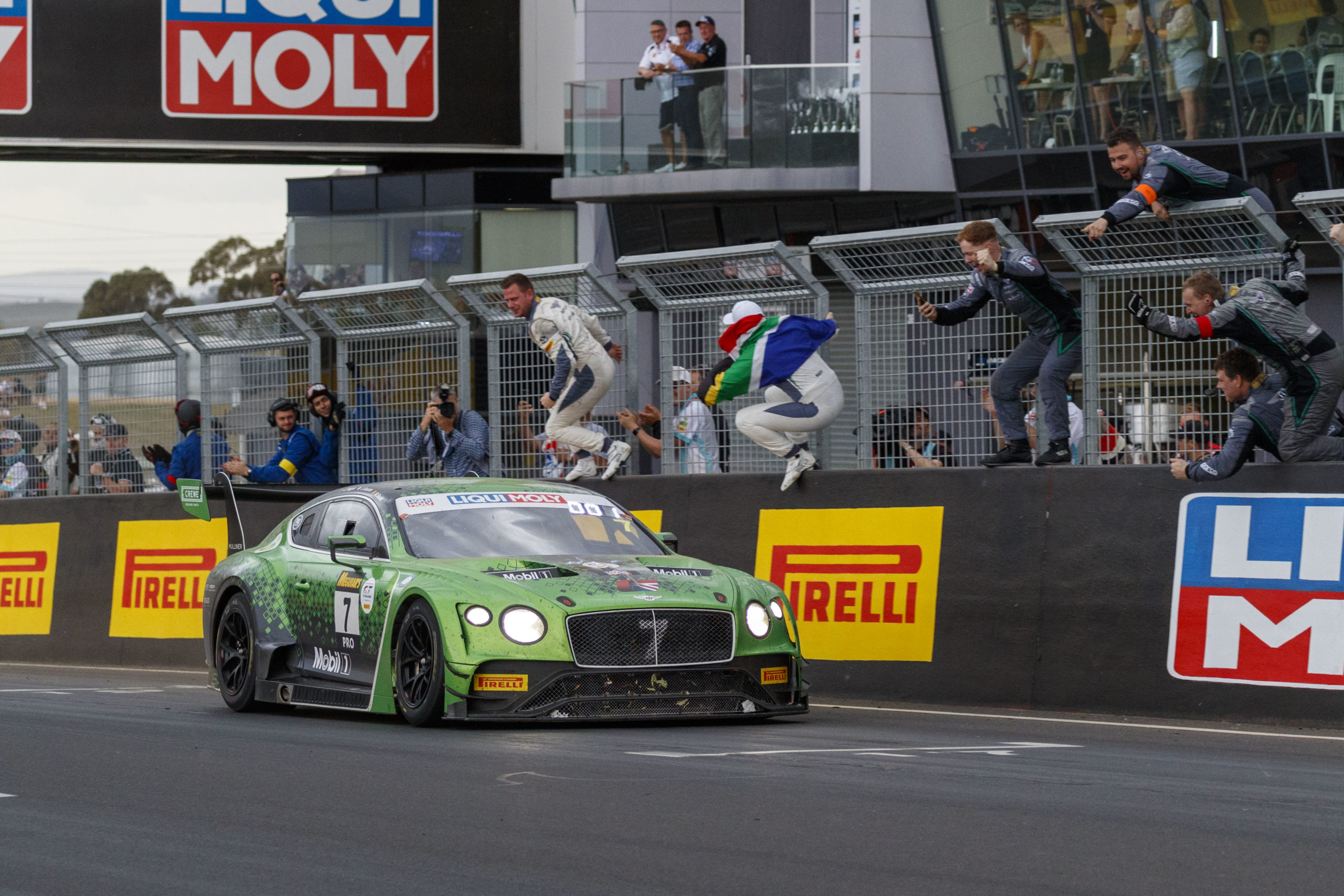 The Bentley Continental GT3 won the Bathurst 12-hour in 2020

Bentley’s may not look like racetrack capable cars, but the brand has a long history of competition dating back almost a century. The British brand was one of the first big marques to prove the adage – ‘win on Sunday, sell on Monday’ – with its Le Mans successes in the 1920s. Between 1927 and 1930 Bentley won the 24-hour French endurance race to prove to the public that its cars were both powerful and reliable, and it helped create the reputation the brand has today.

Of course, in more recent times Bentley won at Le Mans again in 2003 when it began its current life under the Volkswagen Group umbrella. And, of course, the Continental GT is a fan-favourite in GT3 racing – where it won the Bathurst 12-hour in 2020. 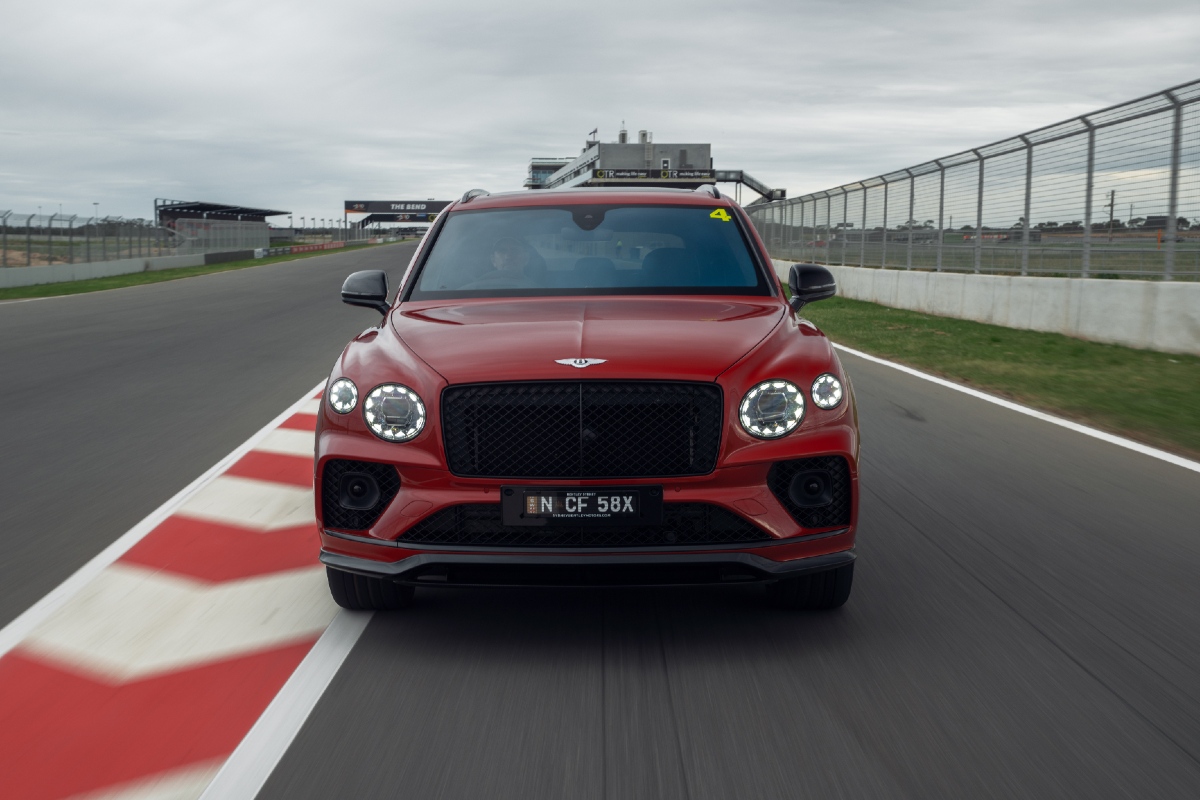 The Bentayga S gets the same powertrain as the standard model, but it’s still a very potent beast. The 4.0-litre twin-turbo V8 makes 404kW of power and 770Nm of torque, which is enough grunt to launch this luxury five-seat SUV from 0-100km/h in just 4.5 seconds.

It feels every millisecond that quick from the seat of your pants, with ferocious acceleration despite its size and opulence. This is the very definition of the kind of effortless performance that we should demand from a luxury car.

It makes a nice noise too under hard acceleration, a deep mechanical growl that speaks to its intent. But the rest of the time it just burbles along in the background, with the plush cabin feeling nicely isolated. 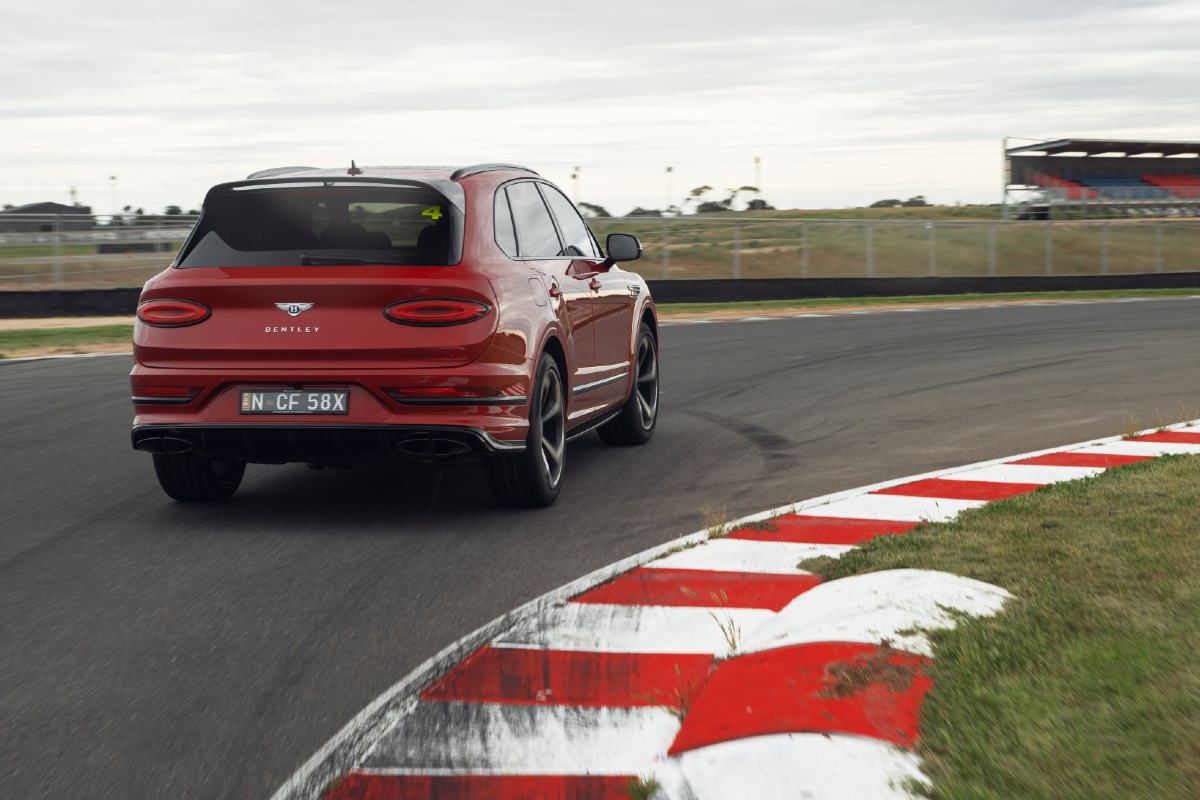 The Bentayga S is equipped with multiple driving modes, so you can either leave it in the ‘Comfort’ setting and happily cruise along with a cosseting ride or you can dial up ‘Sport’. If you choose the latter you’ll find the suspension gets stiffer and the steering feels more responsive.

Make no mistake, this is still a very large, heavy SUV and it doesn’t feel like a sports car, but for a vehicle of this size it is genuinely dynamic.

While great in either setting there are more overtly sporty SUVs you can buy if that’s your preference. But for an ‘all-rounder’ that can play both the luxury car role and occasionally let the driver enjoy themself, the Bentayga S does a great job. I was lucky enough to spend a day driving across Wales once, winding my way across flowing country roads, through quaint little villages and down the occasional highway stretch. That was in a Range Rover but the Bentayga S feels like it would be even more suited to the task.

It really makes you understand why they say a Bentley ‘wafts’ across the road, because it feels like you’re just covering ground in comfort and style. 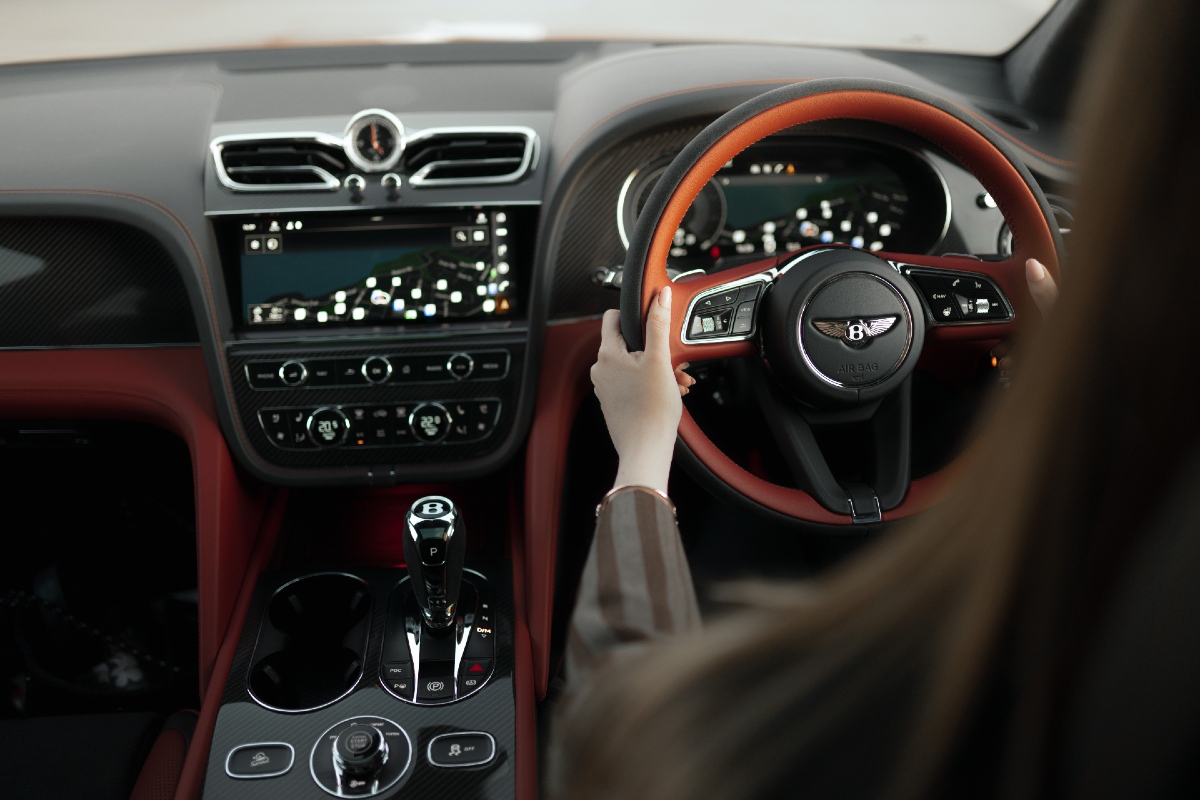 I’ve already used the word ‘plush’ multiple times in this story but it’s a fitting one. At its core there are shared elements of the Bentayga with other models across the Volkswagen Group, but you wouldn’t know it inside. That’s because it looks and feels every inch a Bentley.

The leather is rich and soft, the switchgear is mostly bright metalwork and the air-condition vent controls look like they’ve been crafted by artisans. Interestingly there are more conventional switches and dials in the Bentayga than other similar SUVs, because while touchscreens may feel more modern (and are cheaper for car companies) they aren’t really in keeping with the Bentley ethos.

How much does the Bentley Bentayga S cost? 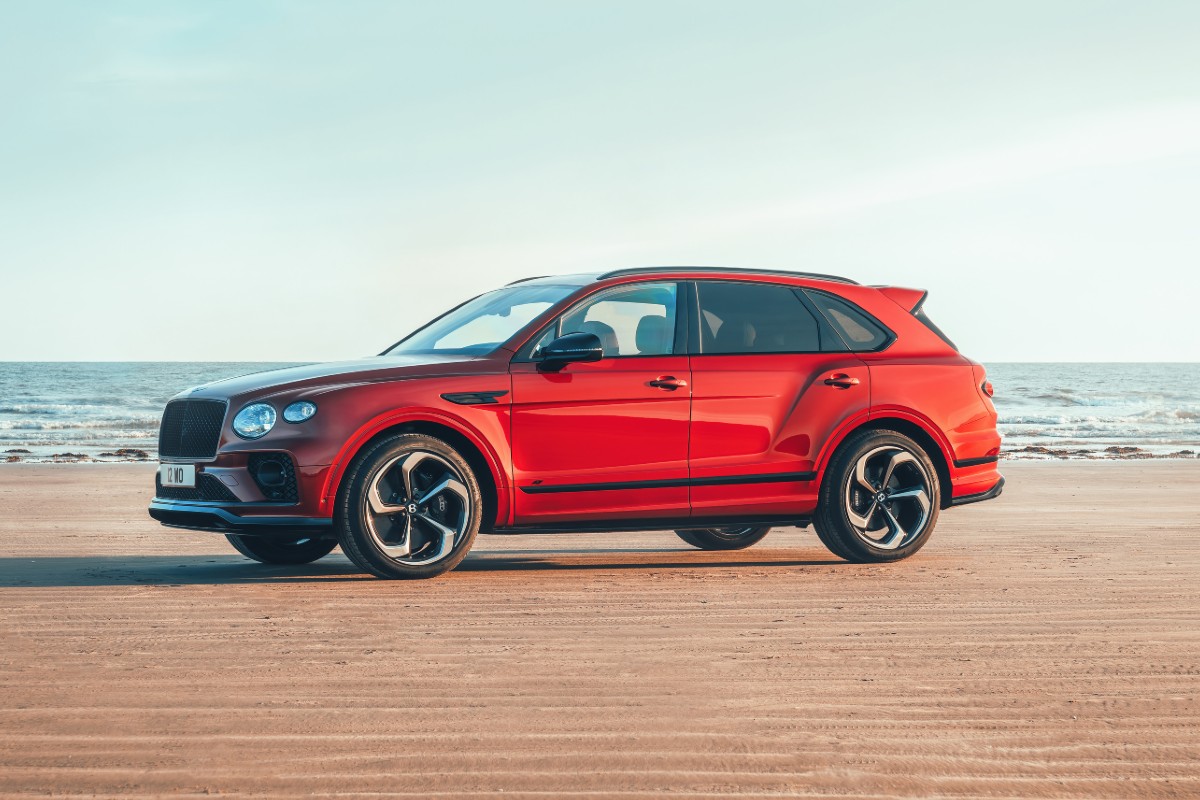 All this British luxury doesn’t come cheap, with the Bentayga S starting at $450,200 (plus on-road costs), which is more expensive than an Aston Martin DBX, Lamborghini Urus and a Range Rover. But, on the plus side, it is significantly cheaper than a Rolls-Royce Cullinan (from $692,150). 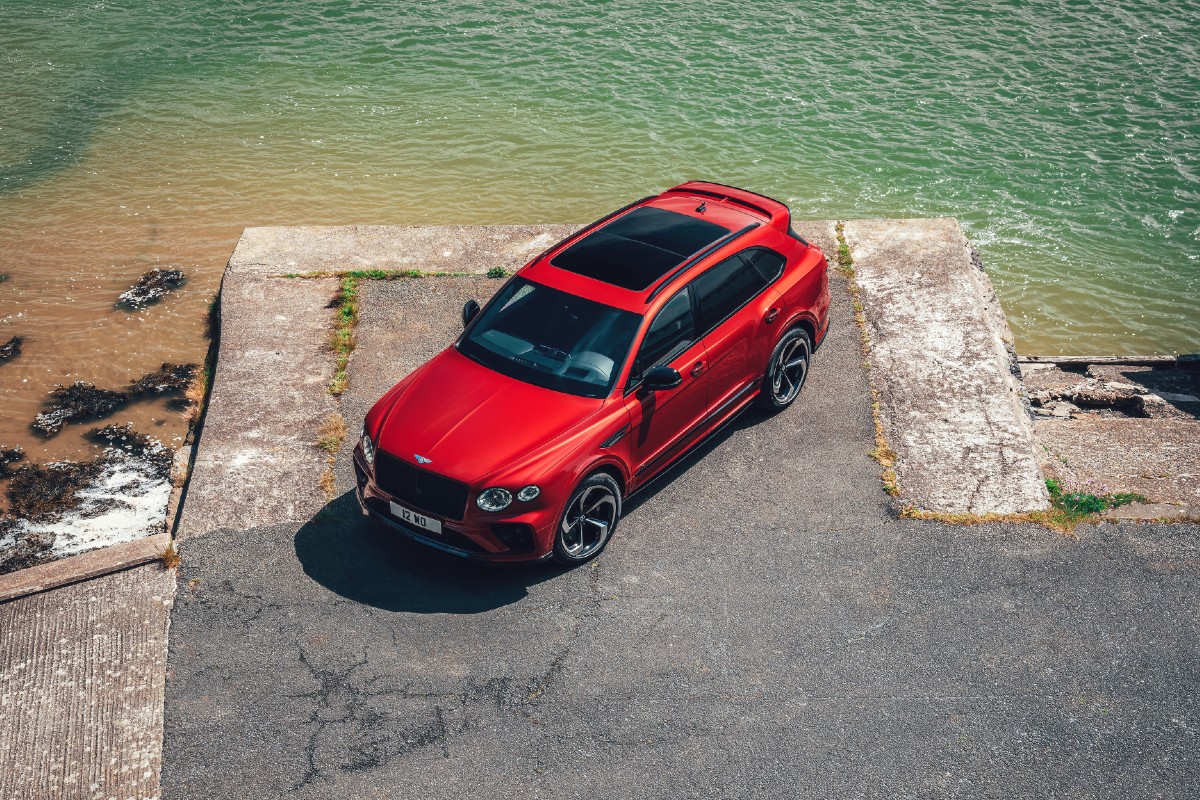 Obviously the Bentayga S is a vehicle I’d love to have in my driveway on a permanent basis, but that’s not really the question here. Is it worth the money? Yes. But is it the luxury SUV I would choose? Probably not.

I prefer the more overtly sporty nature of the Aston Martin DBX, but if you favour luxury and comfort then the Bentayga S could be for you.