Aston Martin’s most important model. The DBX is the first Aston Martin SUV, and while it’s a major departure for the British brand it’s effectively a necessity for its survival. It seems no brand can survive without an SUV today (although McLaren is trying) as even brands synonymous with performance cars have all moved into the SUV space – Porsche, Bentley, Lamborghini, Maserati and, soon, Ferrari. 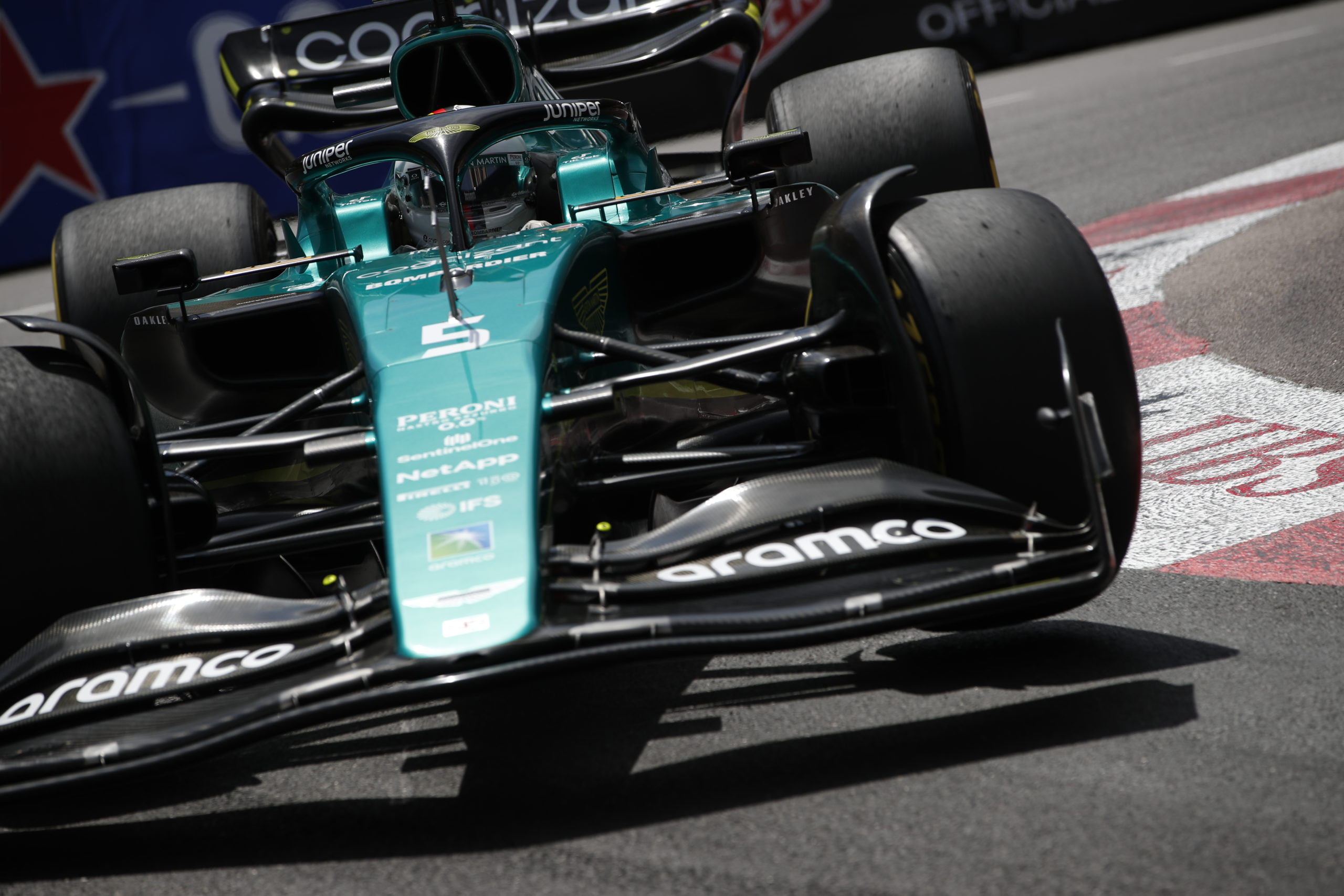 Sebastian Vettel aboard the Aston Martin AMR22 in Monaco

No, there’s not a lot of crossover between the AMR22 F1 machine and the DBX, but that doesn’t matter because the Vantage, DB11 and Valkyrie are the Aston Martins you buy if you’re worried about racing heritage.

This is all about giving the brand a rival to the likes of the Porsche Cayenne, Bentley Bentayga and Lamborghini Urus, because if it succeeds the DBX has the potential to more than double Aston Martin’s sales around the world. It may not be a sports car, but it does have the engine from one. The DBX is powered by the same 4.0-litre twin-turbo V8 found in the Vantage and DB11. This is the same Mercedes-AMG motor that’s part of the wider technology sharing deal between the two companies.

In the DBX the engine is tuned to make 405kW of power and 700Nm of torque and is paired to a nine-speed automatic transmission.

It sounds great too, with a deep and menacing burble at low revs that builds to a deep and menacing growl when you really bury your right foot. Aston Martin claims the DBX can run 0-100km/h in just 4.5 seconds and that feels achievable based on our time behind the wheel.

Of course, there is a downside to having such a potent engine is a full-size SUV and that’s the fuel economy – or lack thereof. The DBX uses a claimed 14.3-litres per 100km on the combined city/highway cycle, but you can expect to see more than that if you spend most of the time in the urban environment, or enjoy the power of the engine too much.

How does the Aston Martin DBX handle? 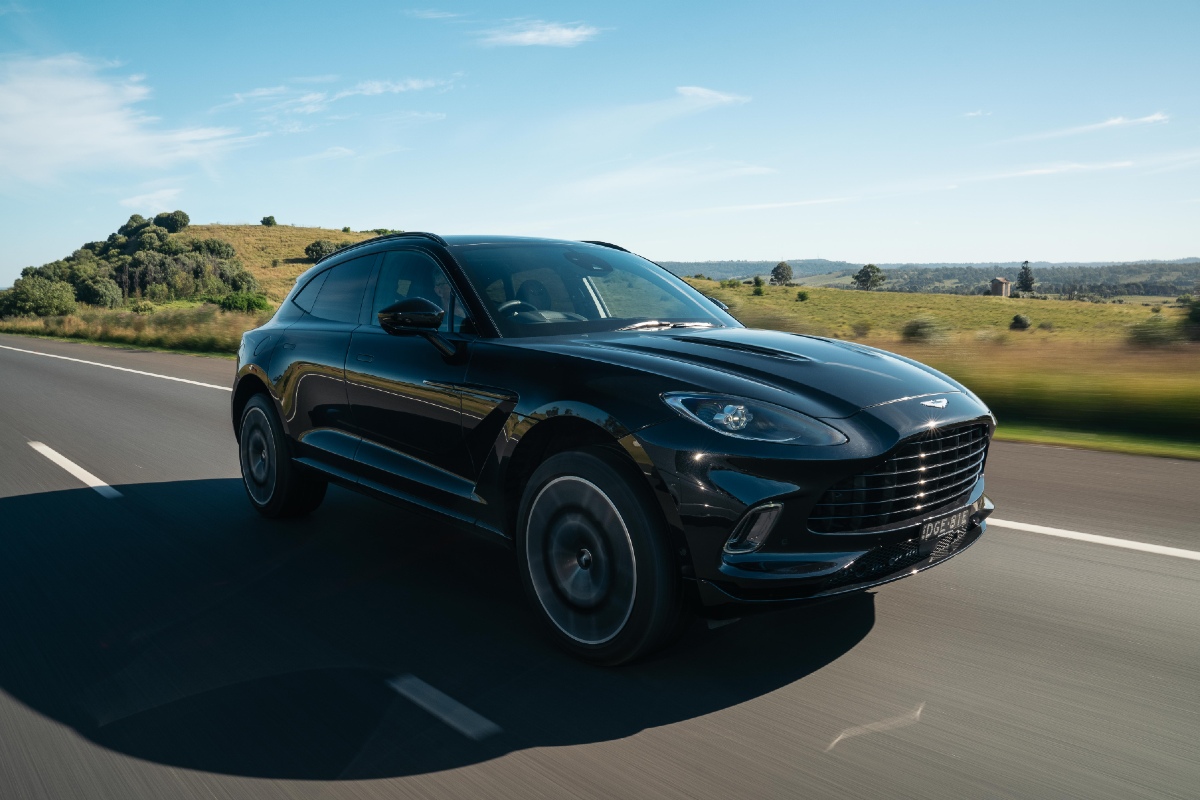 Unsurprisingly for a brand synonymous with sports cars Aston Martin put a lot of time and effort into ensuring the DBX lived up to the brand’s reputation for sharp-handling. To that end it sits on an all-new platform, built on a bonded aluminium chassis, which is the same technique it uses for its sports cars.

It was also aerodynamically tuned to ensure it cuts through the air as cleanly as possible, including integrating aero ducts into the daytime running lights and carefully channelling the air across the roof, through the rear spoiler and over the ducktail-style rear end.

And if you need to use it like an SUV, Aston Martin has thought of that too. During development the aerodynamics of the DBX was tested for towing, with a trailer carrying a classic DB6 run through the company’s computational fluid dynamics (CFD) program.

The suspension features adaptive triple chamber air springs which allow for adjustment to both the stiffness of the ride but also the ride height of the vehicle.

All elements combine to make the DBX a great SUV to drive, while clearly not as responsive and dynamic as a Vantage, the DBX holds its own against its rivals from Porsche and Lamborghini.

It’s a great SUV to drive, with sharp steering and a well-controlled chassis. The ride is adjustable but even in the ‘GT’ setting (there are ‘Sport’ and ‘Terrain’ settings as well) the DBX rides firmly, which is as you’d expect from an Aston Martin rather than a conventional SUV.

The beauty of the DBX is there aren’t too many places you wouldn’t want to drive it. It’s an easy vehicle to live with day-to-day but would also be great for a long road trip.

An ideal drive would probably be somewhere like the Great Ocean Road in Victoria or California’s Pacific Coast Highway. It’s an excellent cabin, both in terms of presentation and space. Aston Martin was conscious that building an SUV meant creating a genuinely spacious five-seater vehicle, rather than a high-riding sports car.

There’s good room in both rows of seats, although it’s a comfortable four-seater rather than having accommodation for five because the rear middle seat is a squeeze for anyone but small kids.

There’s also a roomy 632-litre boot, which has a wide, deep floor which makes it genuinely practical rather than just spacious on paper.

The design is very similar to what you’ll find in the Vantage and DB11, so it’s distinctly an Aston Martin (even if some of the switchgear is borrowed from Mercedes-AMG). The materials used throughout are high-quality, as you’d expect from the brand, so it feels suitably prestigious.

It’s not perfect though, and one irritation is the trademark Aston Martin buttons for the transmission, which in the DBX are positioned high on the centre of the dashboard. This means the ‘Park’ button is the furthest button from the driver’s seat, even though it’s arguably the most common switch to be used.

One element that adds to the feeling of luxury is how well insulated the cabin is. It’s extremely quiet with other cars, wind noise and tyre roar all isolated to create a refined and relaxed driving experience. However, the right noise, like the engine growl, are allowed in to give you a sporty feeling when you need it.

How much does the Aston Martin DBX cost? In most respects the DBX exceeded our expectations, although in hindsight we shouldn’t be surprised. Perhaps it’s the level of competition in the premium SUV segment that meant the DBX had a high bar to clear, but it had little trouble proving that it deserves consideration for anyone looking for a fast or luxurious (or both) SUV.

Aston Martin has built a very quick, beautifully designed and pleasing-to-drive vehicle that fits nicely into its existing range. It may be an SUV, but it’s also definitely an Aston Martin in every sense of the meaning.