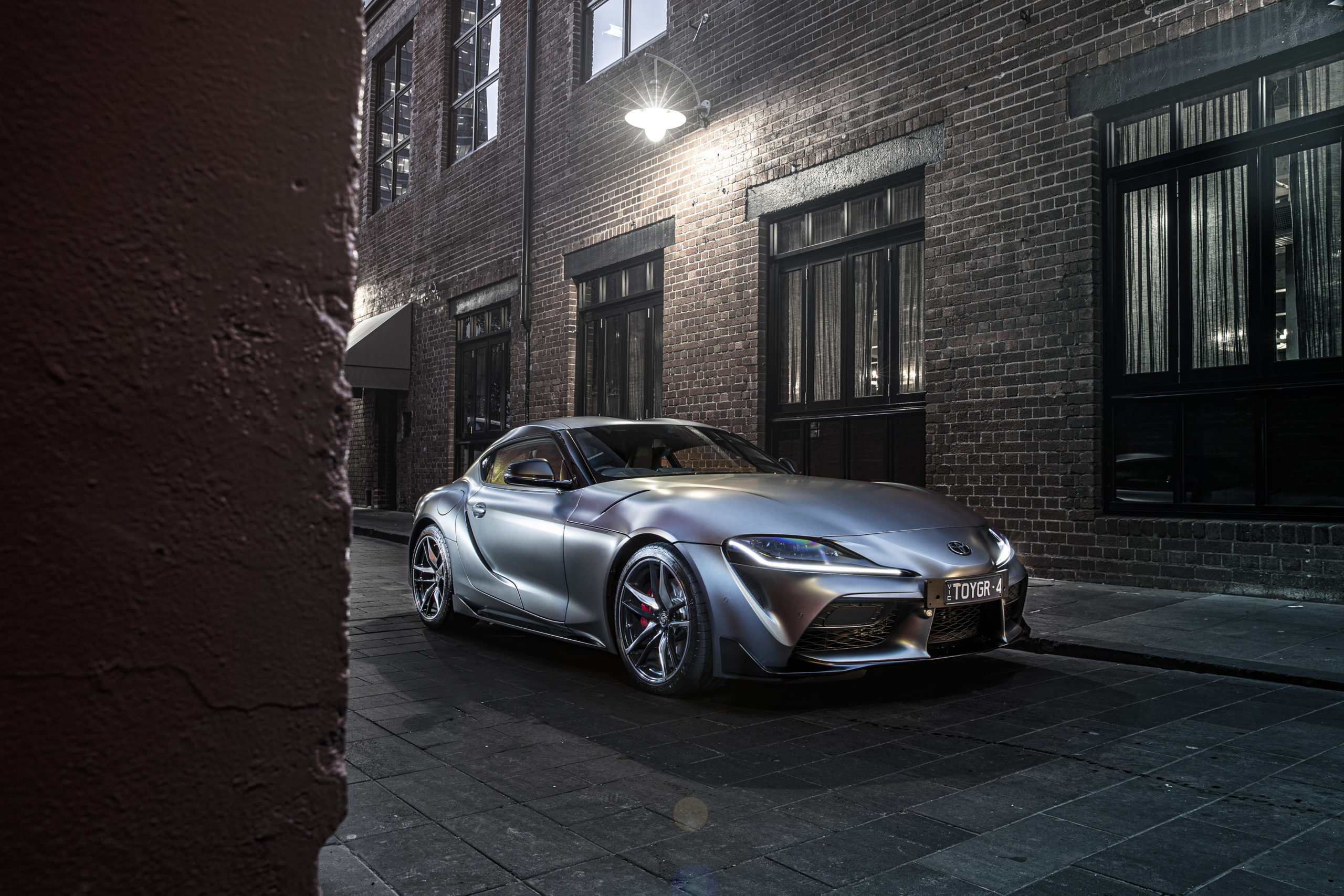 The return of an icon and the next step in Toyota’s journey towards a more exciting, sportier future.

The Supra hasn’t been seen in 17 years and it took a partnership with BMW to revive it, but that underlines the importance Toyota is placing on its performance cars. At the direction of global boss, Akio Toyoda, the brand has been moving away from its ‘whitegoods-on-wheels’ image for the last few years. It not only built the smash-hit 86 it has also invested heavily into making all of its vehicles more exciting to drive – from the Yaris to the Kluger.

But having a centrepiece for its new Gazoo Racing (GR) performance brand was critical. Working together with engineers from both BMW (as the Supra shares much of its mechanical DNA with the latest Z4) and the Gazoo Racing motorsport department the Supra has been developed to live up to its formidable legacy.

The Supra is steeped in racing from sports cars to touring cars and even drag racing. This latest generation is no exception, it forms the basis for the brand’s flagship Super GT program as well as a GT4 racing model and the NASCAR Xfinity Series body. One of the reasons why the joint-venture with BMW worked so well is both the Supra and the Bavarian brand have a long history of inline six-cylinder engines. By sharing development with the Z4 the Supra gained access to BMW’s silky 3.0-litre turbocharged straight-six. The engine is paired to an eight-speed ZF automatic transmission and drive is set to the rear wheels via a limited-slip differential – ideal for the Supra’s return.

It makes 250kW of power and 500Nm of torque to ensure it’s fast enough to earn the Supra badge. It may be a BMW engine but it really suits the character of the Supra – smooth, linear in its delivery and with plenty of punch. It provides the kind of effortless performance you expect from a true sports car, easily building speed with a delightfully mechanical exhaust note.

While purists may lament the lack of a manual gearbox, the eight-speed auto does a commendable job. The broad spread of ratios helps extract the best of the engine, allowing it to cruise comfortably when needed to save fuel but also being active and quick-fire when you engage the sport mode. 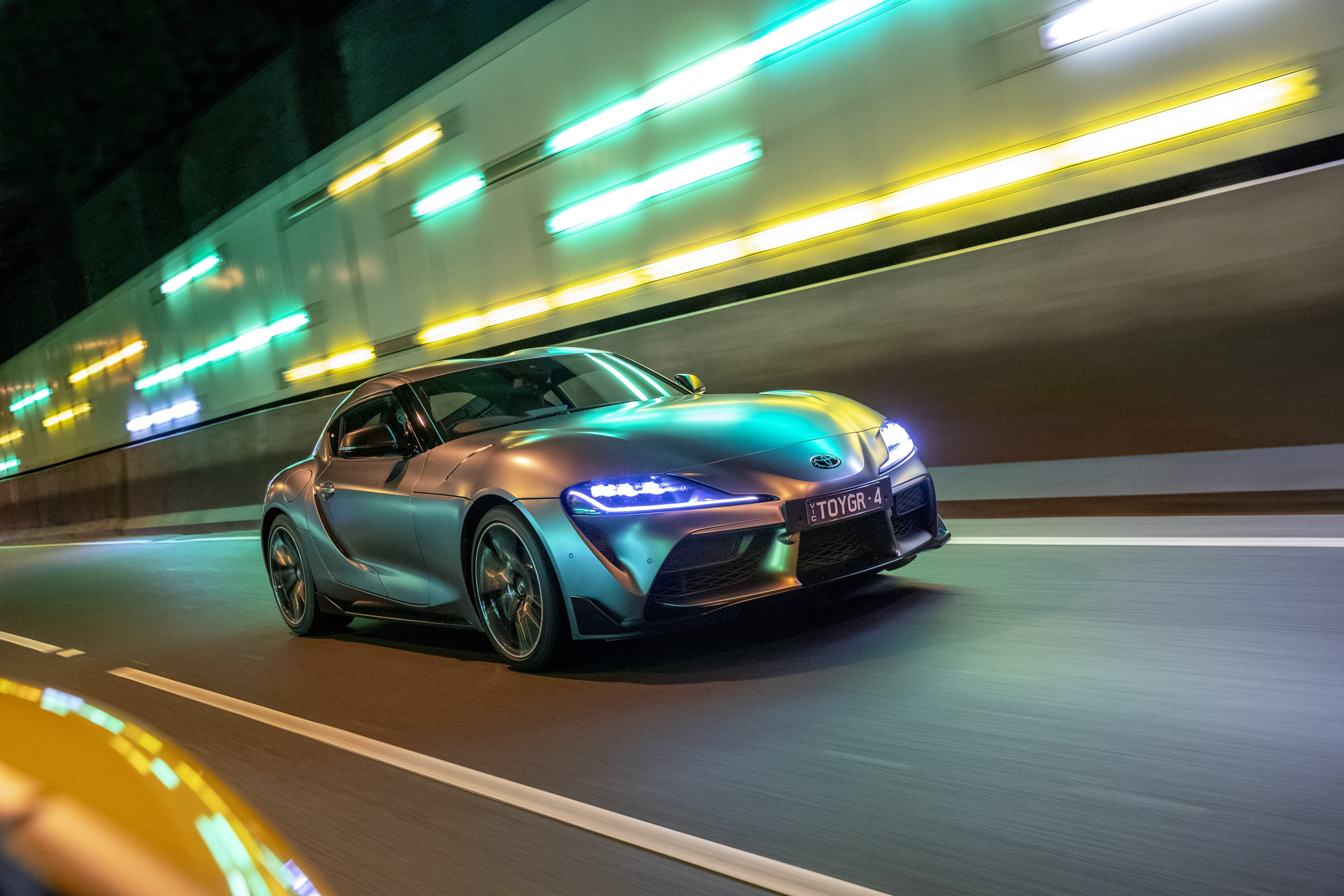 Very well, and the key to the Supra’s excellent handling is its proportions. Its centre-of-gravity is lower than the 86 (despite its taller inline six), its wheelbase is a compact 2470mm (shorter than the 86) and wide tracks, 1584mm at the front and at the 1589mm rear, (wider than the 86) make for an agile and responsive chassis.

The engine is mounted quite far back too, making this more of a front-mid engine coupe rather than a strict front-engine machine, but as the driver you feel like you’re right in the middle of the action. The driver’s seat feels like it’s well-placed, not too far back as some front-engine coupes, so you feel engaged with, and in control of, the Supra at all times.

The success of the 86 was in its balance between power, handling and grip and the Supra follows that principle too. The engine provides enough performance to keep the chassis on its toes, which in turns keeps the driver really involved with the car.

The steering is nicely sorted too, allowing you to place the car with precision. And the brakes offer good, consistent stopping power for on-road use. It’s just an all around well resolved sports car.

Our time in the Supra was limited to road use only, which means we’ve yet to fully explore its performance envelope in a safe environment. It would be great to push its limits on a racetrack like Phillip Island or The Bend, where it can stretch its legs on the long straights, show off its poise in the faster corners and its balance in the slower bends. One of the most common ‘criticisms’ of the new Supra has been its similarities with the Z4. On the outside there’s very little shared between the two, but the cabin is a different story. There are some very noticeable BMW elements – the iDrive system, infotainment menus and gear selector to name a few. But there are also some Toyota-specific elements, such as the instrument panel that remind you what you’re driving.

However, the truth is the BMW interior is very nice and is hardly an area that should be criticized. The cost of producing a low-volume sports car is too great even for companies as big as Toyota and BMW, so there will naturally be elements that are shared and that’s fine with me.

The GR Supra range begins at $84,900 for the GT model, while the GTS tested by us retails from $94,900; both prices exclude on-road costs. That may sound like a lot of money for a Toyota but the Supra is worth it.

It’s a genuine two-seat sports car that can hold its own with Europe’s best – because underneath that’s largely what it is. When you consider the 3.0-litre M40i Z4 starts at $124,900 the Supra looks even more appealing; more so for enthusiasts than badge snobs perhaps. 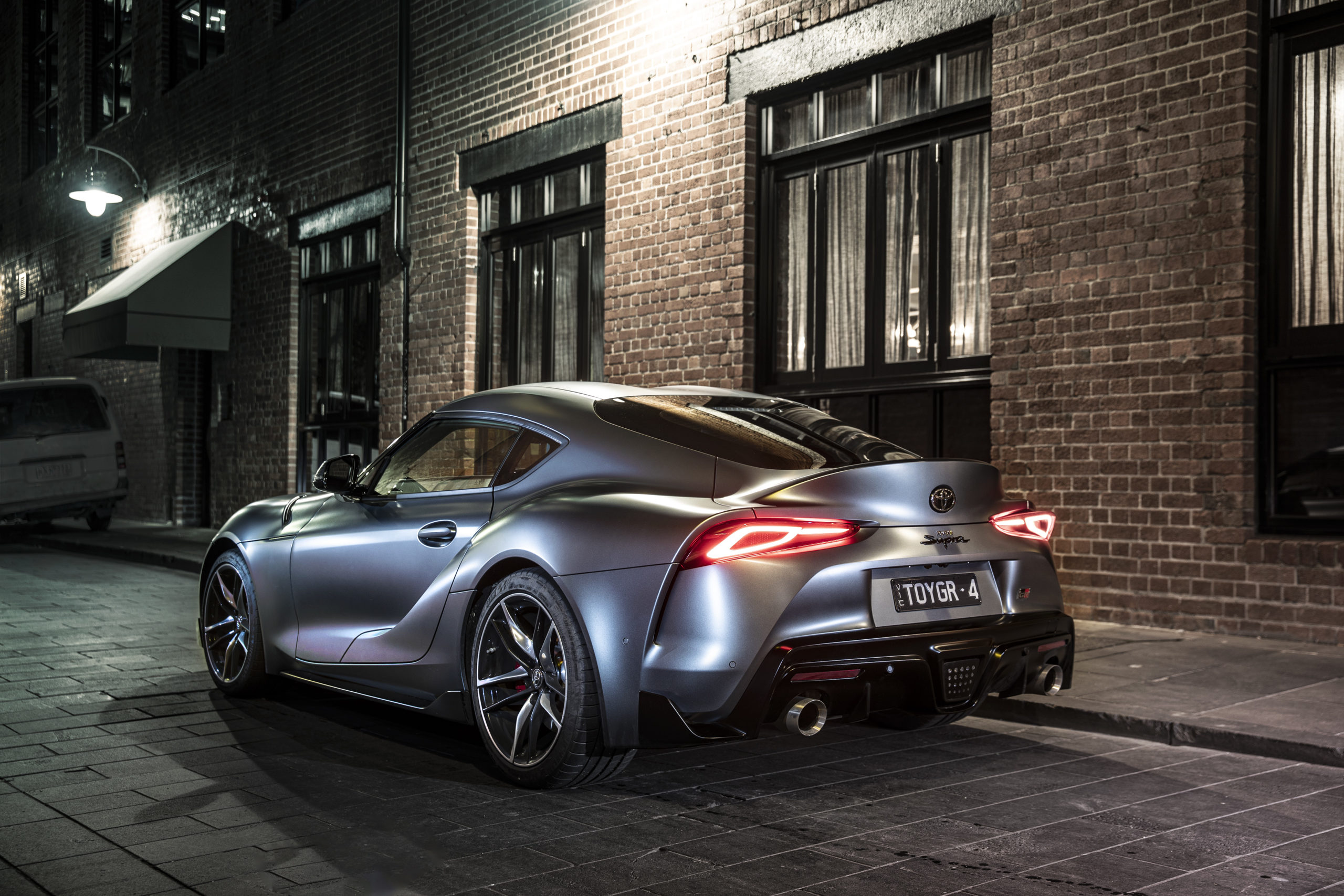 It’s a very tempting proposition. It may have a lot in common with the BMW Z4 but it also meets the criteria to live up to the Supra name – punchy inline six, sharp handling and a uniquely Toyota look.

It will be followed by the new GR Yaris hot hatch and next-generation 86, and likely others. If this is what the future of Toyota looks like under this current regime of performance enthusiasts – bring it on!