The kind of car you had a poster on the wall of when you were a kid.

But as an adult you appreciate not just its in-your-face looks but also its state-of-the-art engineering and awesome performance. The Huracán Evo was launched in 2019 bringing a raft of upgrades to the mid-engine supercar first launched in 2014.

It takes lessons learnt from the Huracán Performante to elevate the standard model to a new level in its fight against rivals from Ferrari, McLaren and Porsche. It also does battle with its closely-related cousin, the Audi R8 V10. However, anyone who dismisses the Huracán as an Audi with an Italian badge is gravely mistaken.

The Huracán is the Italian brand’s vehicle-of-choice for all of its motorsport activities. It forms the basis of both its GT3 entrant but also its Super Trofeo Series one-make racer. The Evo carries over the same 5.2-litre V10 petrol engine as the original Huracán but, as the name implies, it has evolved. Thanks to a combination of titanium values and a new, lighter, exhaust system the engine now produces even more power – 470kW at 8000rpm and 600Nm of torque at 6500rpm.

According to Lamborghini that’s enough for the Evo to hit 100km/h from standstill in just 2.9 seconds and 200km/h in 9.0 secs. While we didn’t run it against the clock during our testing, by the seat-of-the-pants it feels every bit that quick.

But the best part of the Huracán isn’t just the performance it offers, but the way it delivers it. Peak power isn’t available until 8000rpm, at which point the V10 is making an almighty scream that is music to the ears of any true petrolhead. It sounds good at idle and just keeps getting better and better as the digital tacho needles rises on the adaptable instrument panel.

With all-wheel drive traction isn’t an issue, despite all the power, so it’s easy to plant your foot and hang on as the speed builds so rapidly. The seven-speed dual-clutch transmission helps too, allowing you to quickly swap cogs via the steering column-mounted shift paddles. 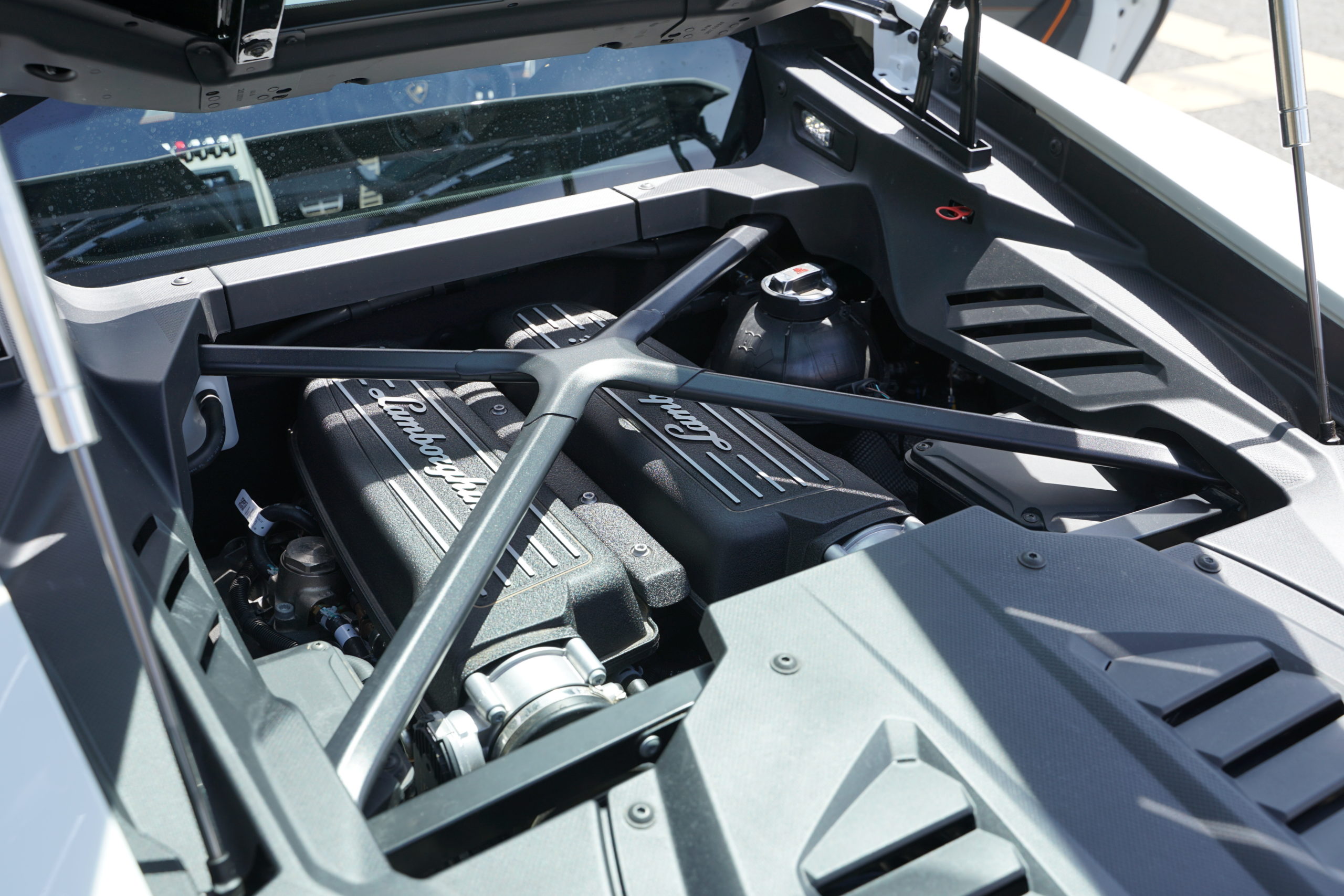 The old Huracán handled well, it was sharp and engaging. But for the Evo the Italian firm pulled out all the stops and introduced a highly complex new brain for the car – dubbed Lamborghini Dinamica Veicolo Integrata (or LDVI for short). LDVI is a series of processors and sensors that can control virtually every aspect of the Huracán Evo’s dynamic character.

LDVI is able to process inputs from the newly enhanced Lamborghini Dynamic Steering (LDS) which includes rear-wheel steering, the all-wheel drive system, torque vectoring system and suspension to help the car predict what it needs to do, rather than just react. It’s all very complicated but all you really need to know is the Huracán Evo is an absolute pleasure to drive. Its performance envelope is so wide it allows you to explore your own limits in relative comfort, as long as you don’t stop paying attention and let the car overwhelm you.

But as good as it is at speed, perhaps more remarkable is how restrained it is at low speeds, just dottering through traffic. Lamborghini’s developed a reputation over the years for being cantankerous to live with, but not the Huracán. Perhaps it’s the Audi influence but the Evo has no trouble negotiating traffic or a trip to work or the shops, doing it with the same ease it would carve hot laps at a racetrack.

While it’s nice to drive at any speed, the fact remains to truly enjoy the full potential of the Huracán Evo you need a racetrack. Given the Huracán GT3 has taken a hat-trick of class victories at the 24-hours of Daytona, the Florida roval would be a fitting place to push the Evo to its limits. Hearing the V10 scream as you race along the banking would be fantastic. 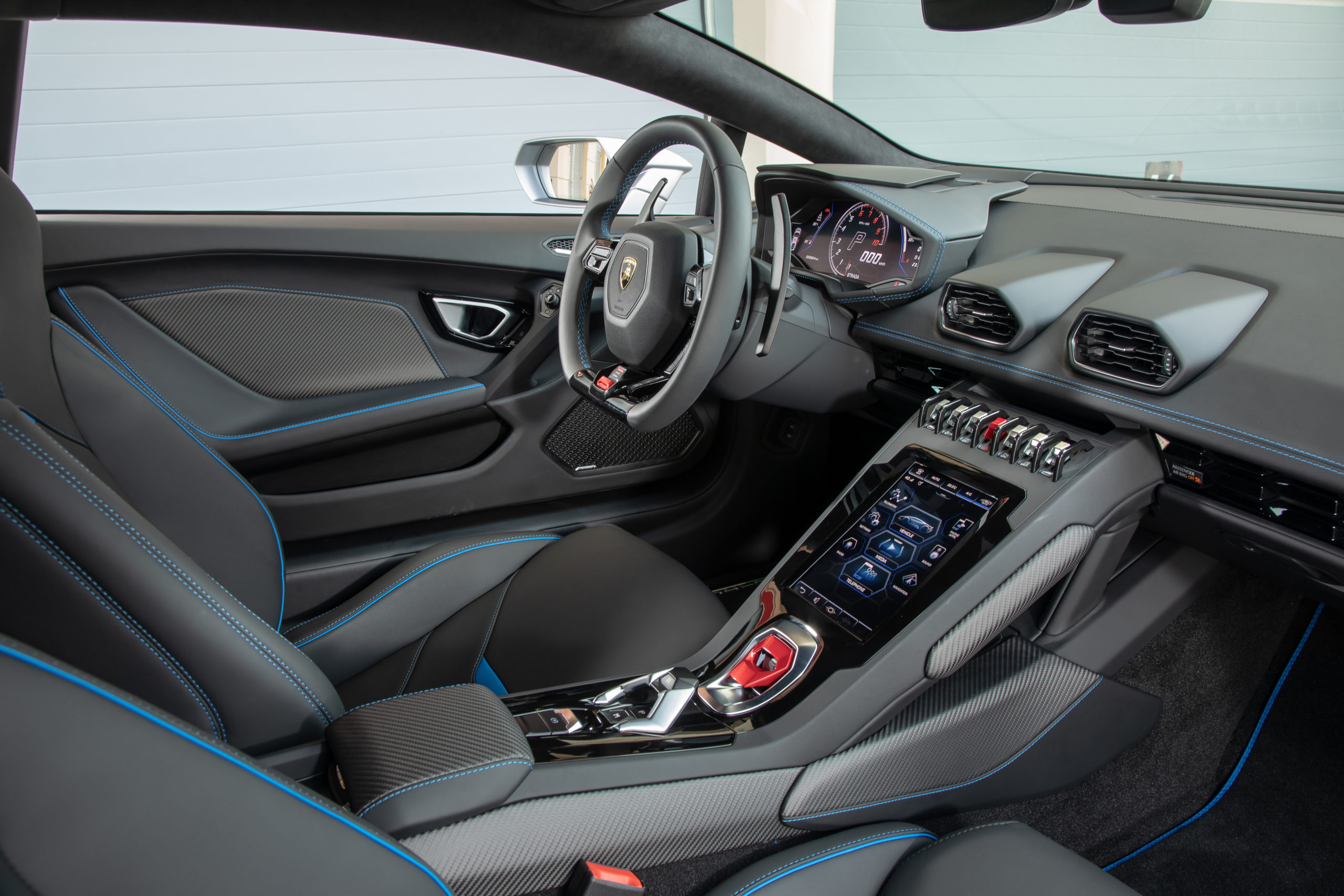 While it undoubtedly shares key components with the Audi R8, the Huracán Evo is a true Lamborghini. Everything you see and touch has been designed in Italy by the company’s creatives and oozes with the kind of edgy drama we’ve come to expect from Lamborghini since the days of the Countach.

From the digital instrument cluster (complete with bespoke Lamborghini graphics) to the switches and new hi-res 8.4-inch infotainment screen, the entire cabin is a work-of-art.

The crowning glory has to be the starter button cover. As with the Huracán and the Aventador, Lamborghini covers the ignition button with a red, fighter jet-style guard. It serves no practical purpose, indeed it actually just adds another step to turning the car on – but it’s utterly brilliant and one of my favourite parts of the car. Lamborghini’s aren’t meant to be 100 per cent rational, they are meant to be exciting and dramatic and playful; and the starter button cover sums up that feeling perfectly.

But none of that really matters. The Huracán Evo is a car you buy with your heart as much as your head – and on both fronts it’s worth every cent. 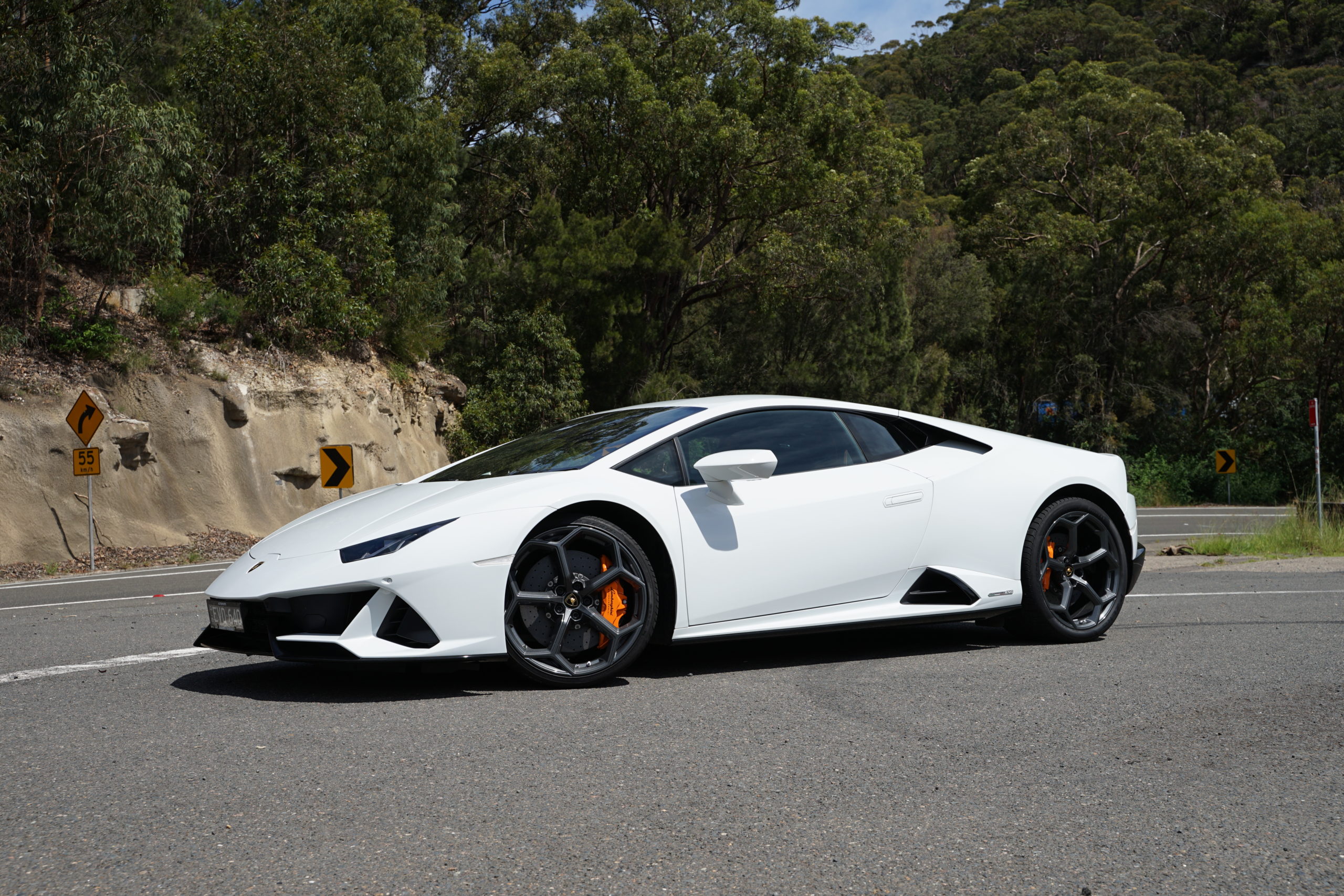 Definitely. It’s not a subtle car, so the shy and retiring type would be better off with a Porsche or McLaren, but the Huracán Evo appeals to the child in all of us. It looks like a supercar is supposed to, it sounds like a supercar is meant to and it drives with the excitement you expect from a supercar too.

The Huracán Evo is the type of car that looks fast standing still – but it’s also just plain fast. I may not be a kid anymore but this is still the kind of car I’d like to have a poster of on my bedroom wall.