The closest you’ll ever get to a Ford Falcon GT-HO Phase V.

Yes, I know what you’re thinking – the Falcon is dead. The last one rolled off the Broadmeadows production line in 2016, so what’s the big deal here? Well, because of the blue oval’s financial pressures at the time, it didn’t give the Falcon, specifically the Ford Performance Vehicle (FPV) variants, a proper send-off. Instead the final FPV Falcon was the GT-F 351, which boasted an impressive (at least at the time) 351kW and 570Nm but wasn’t really the spectacular finale in the same way the HSV GTS-R W1 proved to be.

Which is why Premcar decided to do something about it. Premcar, for those unfamiliar, is the Melbourne-based engineering business that was the brains behind FPV. It was responsible for developing the local hot-rod Falcons, in particular the 5.0-litre supercharged V8 known as the ‘Miami’.

So Premcar developed the ultimate upgrade package for the Falcon’s engine, exhaust and handling to elevate it to a level that makes it a spiritual successor to the GT-HO. In short, Premcar believes this is the fastest, best-handling Falcon ever made – which is why it calls it the ‘Holy Grail’.

In order to acquire the Holy Grail you need a Falcon donor vehicle, any XR8, XR8 Sprint or FPV GT with a Miami V8 is suitable. Then Premcar’s team spends five days turning it from an old car, into an instant classic. 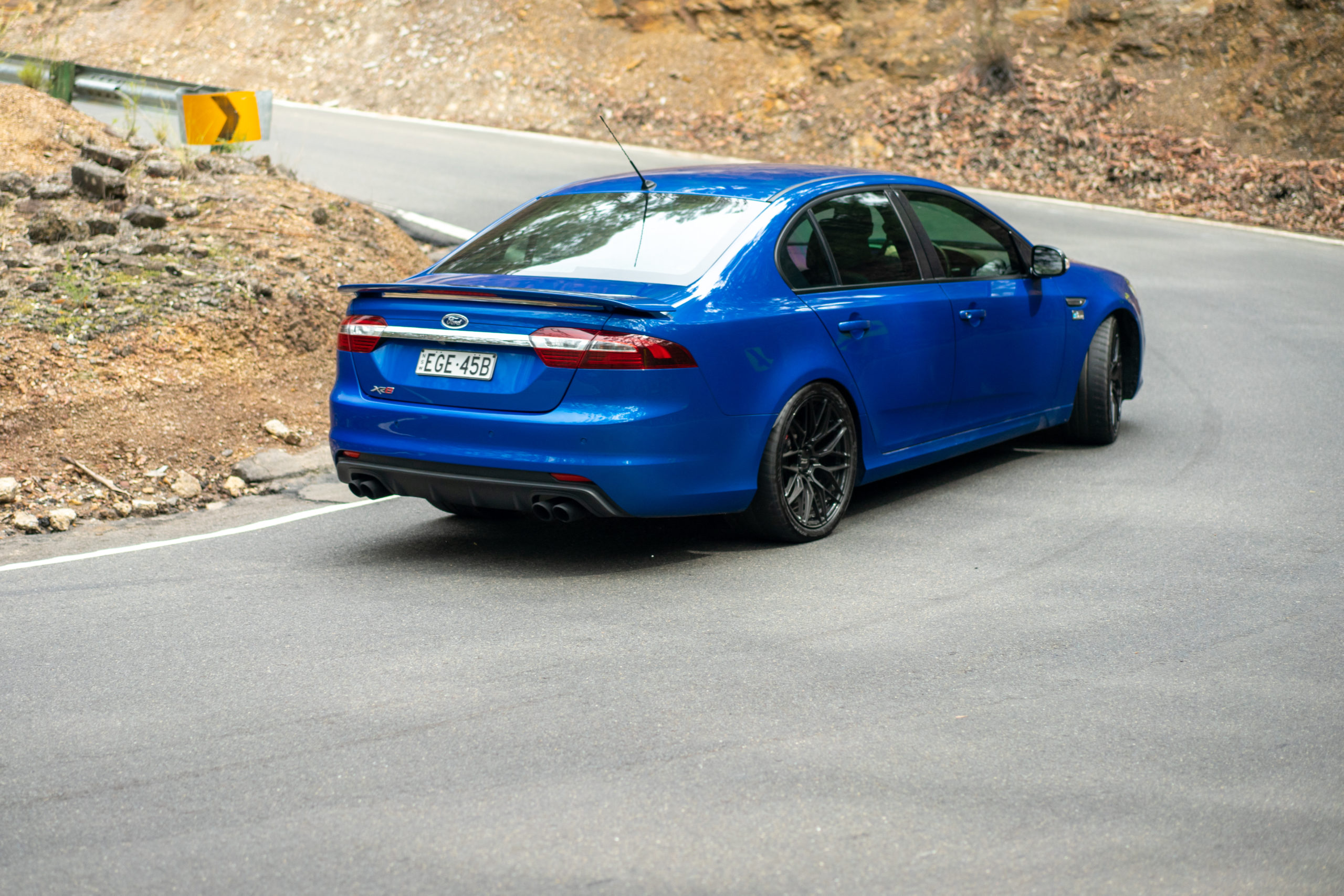 The Falcon GT-HO is a motor racing icon in the truest sense of the word. The original GT-HO was built as a homologation special for local touring car racing and instantly became a legend. Allan Moffat used the GT-HO Phase II to win the 1970 Hardie-Ferodo 500 and won again in ‘71 with the Phase III.

A small number of GT-HO Phase IV Falcons were built but before they could race the infamous ‘Supercar Scare’ newspaper article meant Ford Australia pulled the pin and the nameplate was never used again.

Of course the Falcon continue to carry the flag for Ford in local motor racing for decades, and the FG model (on which the Holy Grail is built) kept on racing in Supercars even after it finished production.

Using the Miami as a starting point the Premcar team turned everything up to 11. There’s a huge array of upgrades that take the 5.0-litre supercharged V8 from 351kW and 570Nm to an awesome 483kW of power and 753Nm of torque. That’s more power than the HSV GTS-R W1, which makes the Holy Grail the most powerful Aussie muscle car ever made.

The result of these changes is the best engine I’ve ever experienced in a Falcon. The power and torque are so linear across the rev range so it never feels lumpy or stressed, it simply builds speed at an alarming rate. Squeezing the throttle even halfway unleashes so much grunt it feels as quick as any FPV, and if you bury your right foot the speed continues to build and keeps building until you run out of road. The Holy Grail has so much power it feels like it will run on forever if you let it – it’s a fantastic engine that lives up the GT-HO legend.

And the noise! The new exhaust sounds so great when you unleash that performance, there’s a beautiful V8 growl coupled with the whine of the supercharger under the bonnet. Premcar didn’t just add more power, they also introduced a range of upgrades to the chassis – because ‘HO’ stood for Handling Option, after all. So there’s new 19-inch forged alloy wheels wrapped in Michelin Pilot Sport Cup 2 tyres – arguably the best performance car rubber. They measure 8.5-inches wide at the front and a massive 10-inches wide at the rear. In order to fit that wider rear tyre Premcar had to develop a new trailing blade for the rear suspension. Finally that installed 12-way adjustable coil-over dampers from Shockworks.

Without question these changes elevate the Holy Grail well beyond anything FPV or Ford ever offered direct from the factory. No Falcon I’ve ever driven has turned in so sharply and been so responsive, or carried so much corner speed all thanks to that better rubber.

The car we tested, based on a Falcon XR8, had its dampers set to position four of 12, which is towards the softer, more compliant end of the spectrum. Despite this, the body control was excellent and made for really precise handling while also providing a comfortable ride – with scope to go further in either direction.

But what impresses most of all is how polished and refined the Holy Grail feels. In the strictest definition this is an ‘aftermarket’ package of modifications, because Premcar isn’t officially part of Ford. But because it was so closely involved with FPV and because it tested all of these changes to OEM standards, the Holy Grail feels like it could have rolled straight off a blue oval production line.

A racetrack, because to truly appreciate the full performance of the Holy Grail you need plenty of space and no police. While it’s still very enjoyable on the road, you’ll almost never need full-throttle because the V8 is just too quick. Besides, the original GT-HOs were designed for the track, so it’s only fitting that to really exploit the potential of this spiritual successor you need to do the same. 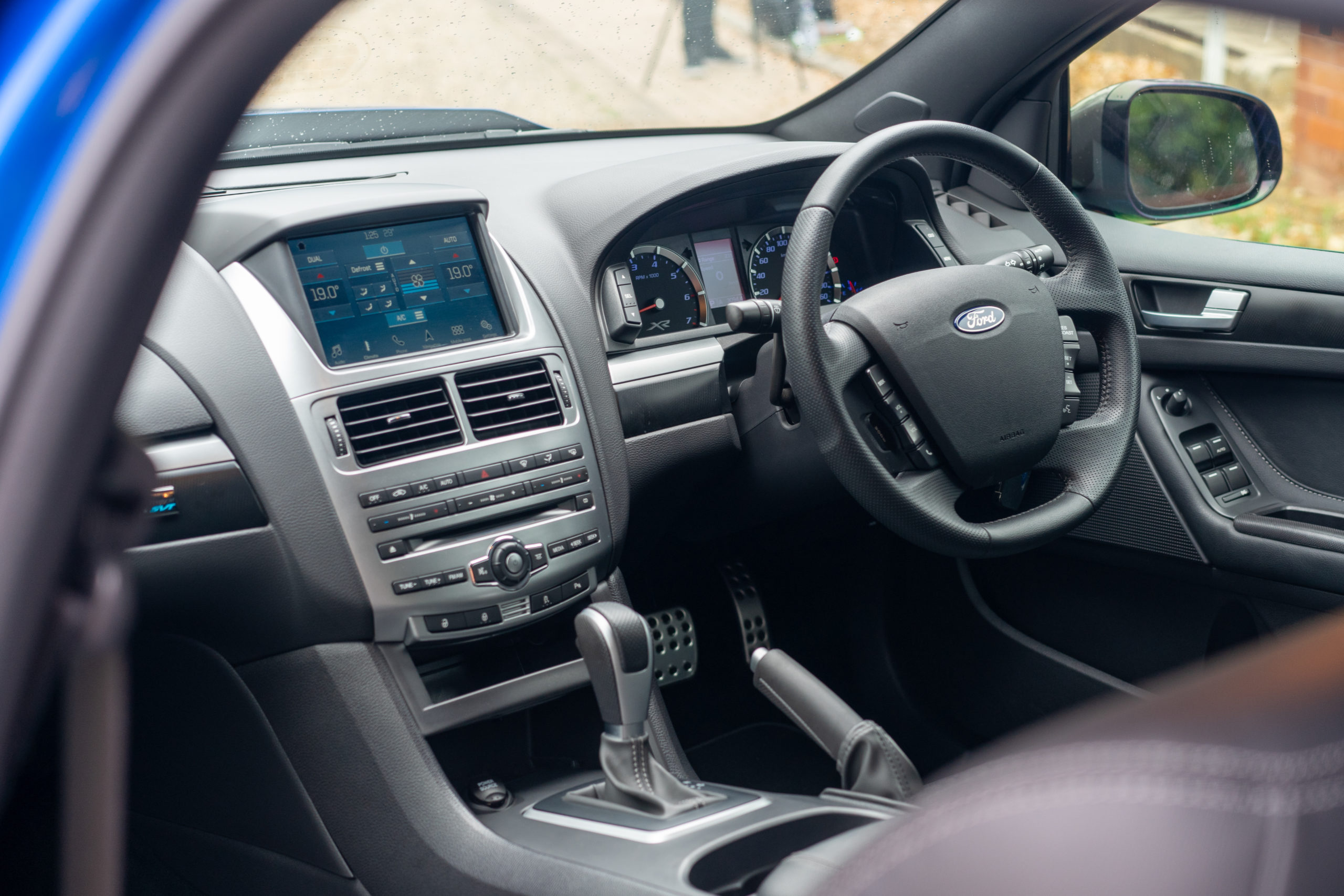 Premcar didn’t worry about cosmetics, so aside from a small build plate on the dash the interior is the same as whatever donor model the Holy Grail package is added to.

Driving a Falcon XR8 after a few years was an interesting experience. The driver’s seat is too high and some of the plastics look a bit cheap, especially compared to European sports sedans, but the FG was a comfortable and spacious family sedan back in the day – and remains so.

That all depends on how much value you place on owning a piece of Ford Australia history. The upgrades don’t come cheap, which is understandable given the level of engineering involved. The engine upgrade alone costs $24,855, the exhaust is $4500 and the chassis kit another $14,790 – for a total of $44,175.

If you already own a suitable FPV or XR8 then this is a way to effectively get a ‘new’ car without buying something different. And if you don’t own a Falcon, well XR8s are now selling for less than $40k on the used market, which means $85-90k will buy you one of the finest muscle cars Australia has ever produced.

Premcar is only building 100 Holy Grail packages, so they will be a limited proposition which should only add to its mystique in years to come. I’m not true blue blooded Ford fanatic (I’m no Holden tragic either, for the record), but even I can appreciate what made the GT-HO such a special car and the Holy Grail captures its spirit. But even if you ignore all the hyperbole what you’re ultimately left with is a fantastic sports sedan with heaps of power and excellent handling to match. It’s good enough to have me checking the classifieds for an affordable used Falcon…