Volkswagen’s attempt to appeal to the booming market for premium utes. Unlike the off-road focused Ford Ranger Raptor and Nissan Navara N-Trek Warrior, the Amarok W580 is a ‘GT-spec’ ute with a bias towards on-road driving.

The Amarok was already one of the most polished utes to drive on blacktop, but Volkswagen Australia’s commercial vehicles division wanted to take it to the next level and turned to performance specialists, Walkinshaw Automotive Group (WAG) – hence the ‘W’ in W580.

For the few unfamiliar with WAG, it’s what’s left of Holden Special Vehicles. So the same engineers and designers that spent decades taking Holden Commodores and making them world-class sports sedans (and utes) have turned their attention to new fields.

The Amarok isn’t the first ute they’ve worked on either, post-Commodore they created the HSV SportsCat – a modified version of the Holden Colorado. While that program was short-lived – and compromised by the limits of the Colorado platform – it did provide valuable experience that the WAG team could apply to the Amarok W580.

There are actually two variants of this new model – the standard W580 and the W580S. The latter gets some extra goodies, including a sail plain styling bar, tub liner and bonnet decals.

WAG obviously has plenty of motorsport experience, running the Holden Racing Team for decades which has evolved in Walkinshaw Andretti United. To highlight the connection between Walkinshaw, Volkswagen and racing the three companies offered the first 30 W580 customers a tour of the team’s racing facility and a hot lap with Chaz Mostert or Bryce Fullwood. Unfortunately a computer error meant the group of initial owners expanded to 48 but Volkswagen is honouring the deal and will include the lucky extra 18 on the expenses-paid Melbourne trip. 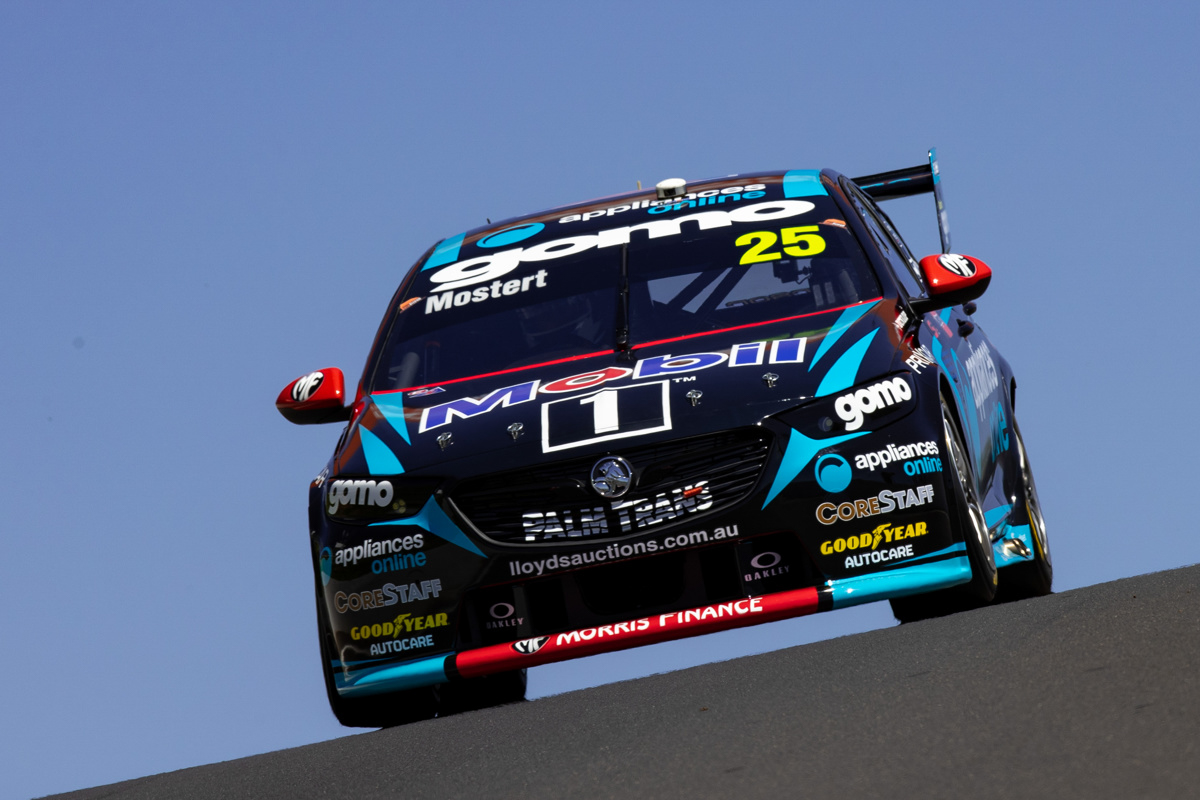 It’s also worth noting here that the ‘Walkinshaw’ and ‘W’ branding on the Amarok wasn’t driven by the company, instead Volkswagen Australia wanted to include it to highlight the partnership and leverage the Walkinshaw reputation.

READ MORE: How Volkswagen is benefitting from HSV go-fast know-how

Volkswagen is understandably proud of its 3.0-litre V6 turbo diesel engine, which is the most potent offered in any ute, with 190kW of power and 580Nm of torque. So they didn’t let the WAG team modify it significantly, with the main difference being a new exhaust fitted to the W580S. It includes some minor tweaks to reduce back pressure and there are new side-exiting exhaust tips that help increase noise by 6dBA. Those are only minor changes and as a result the engine performance of the W580 is what we’ve come to expect from the standard Amarok V6 – which is no bad thing. It was already at the head of the pack in terms of performance, with the V6 engine feeling stronger in all key areas compared to its rivals; most notably the 2.0-litre four-cylinder twin-turbo diesel Ranger Raptor.

How that translates to the on-road driving experience is simple – the Amarok feels fast for a ute. Its 0-100km/h time of 7.3 seconds is hardly sports car material, but this is a two-tonne ute so that feels quick. Where it really excels is rolling acceleration, there’s a big surge of torque when you need it, to go from 60-100km/h for example, or when overtaking; something four-cylinder utes can often struggle with.

This is where the team at WAG focused much of their efforts, and the results are both obvious and pleasing. The Amarok was a good starting point for the team thanks to its more composed ride and more polished handling compared to most of the current dual-cab utes, and the decision to focus on improving its ability on sealed roads rather than off-road capability has resulted in a very clear and complete package. WAG’s engineering team have changed the stance of the Amarok, raising the front ride height by 50mm and adding spacers to the (wider) wheel and tyre package to increase track by 46mm at both axles. The W580 rides on specially designed 20-inch forged alloy wheels, dubbed ‘Clayton’ in a nod to WAG’s headquarters and built by the same company that supplied the wheels for the HSV GTSR and W1 program. The tyres are Pirelli Scorpion all-terrain tyres, measuring 275/50, which makes them an inch wider than the standard Amarok rubber for improved grip and traction.
The WAG boffins also tinkered with the suspension, although they retained the same Munroe brand damper they completely reworked its internals and “repurposed” the standard spring to improve the ride.

To demonstrate its confidence in the W580 Volkswagen arranged for the launch drive to tackle some of Australia’s toughest roads through New South Wales’ Alpine region. Our test drive took us from Cooma, past the ski fields at Thredbo and onto the faster, open roads towards Tumut and then Wagga Wagga. It was the kind of drive you’d typically tackle in a Golf GTI or Golf R, but the W580 handled itself with distinction.

As I said, the Amarok already set the benchmark for most dual-cab utes in terms of on-road manners and the W580 only raises the bar further. The bigger rubber makes it feel more planted and stable, particularly when you push it through bends at speed. The steering is well weighted and feels direct and responsive, not only for a ute but for any vehicle this size and I’m including some European SUVs in my mental assessment.

It shouldn’t come as a surprise though, given the talented team at WAG and their experience making some truly world-class sports sedans during HSV’s glory days. 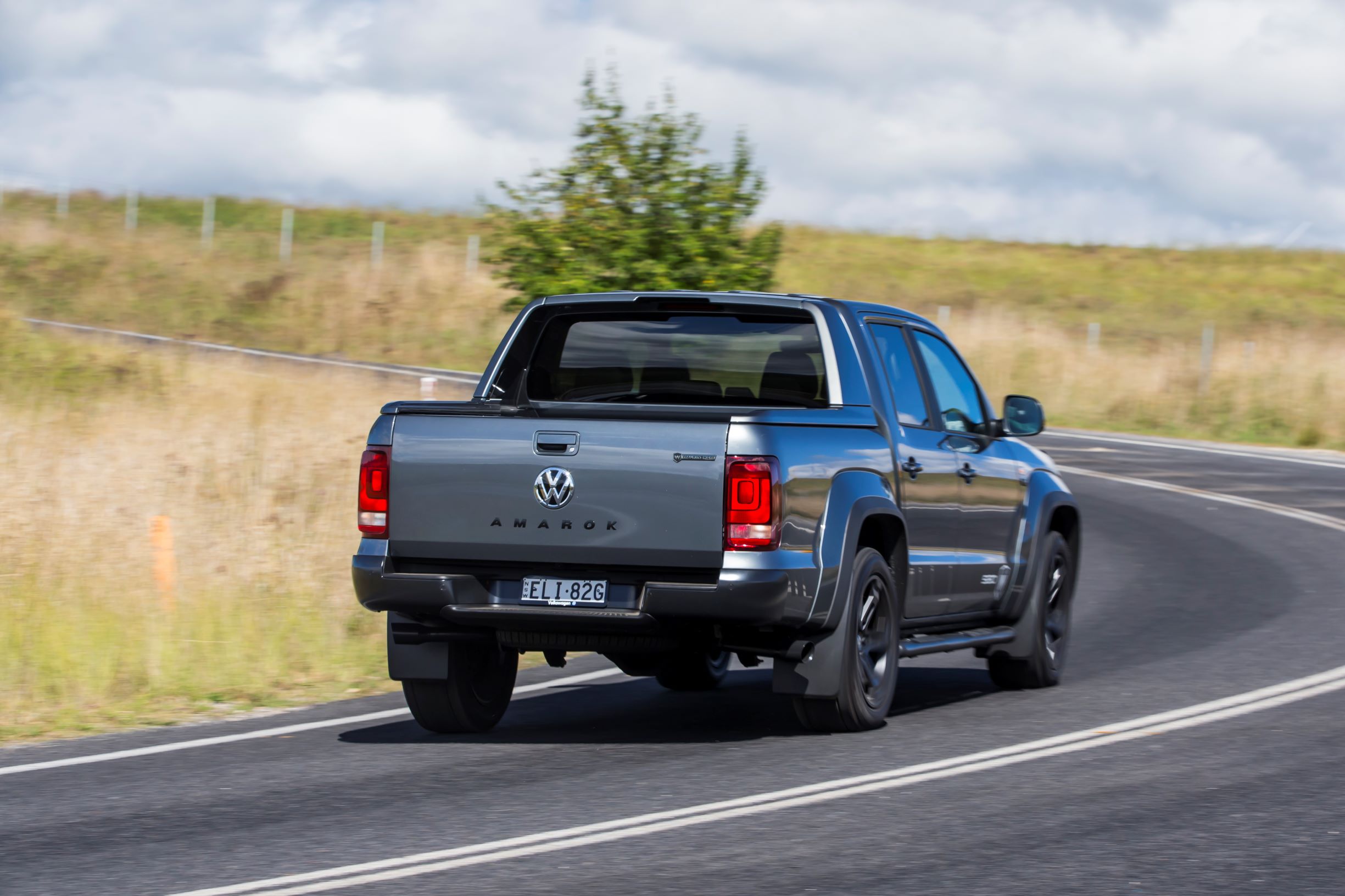 As ridiculous as it sounds, I’d love to see how the Amarok W580 handles itself on the racetrack. I know it’s not meant to be a ‘track day special’ but the way it handled itself on the open road makes me curious to see just how hard you could push it on a circuit like Eastern Creek, Phillip Island or even a tighter circuit like Winton.

The cabin is very similar to what you find in the standard Amarok, which is to say a nicely presented interior albeit with some hard plastics that are common in working-class utes.
WAG has added some special touches though, including Walkinshaw branding on the seat headrests. The W580 has ‘Art Velour’ seat trim, which looks and feels nice, but the seats themselves are manually adjustable. The W580S, however, gets leather trim and electric-powered seats for a more premium experience.

While the hard plastics are understandable, there are some areas where the Amarok is starting to show its age (it’s now more than a decade old). One main element is the infotainment system, which features a small screen, and on the W580 it doesn’t even include navigation (you need the W580S for that); although you do get AppConnect to pair your smartphone for nav if needed. That’s a lot of money for a ute, or it would have been a few years ago, but when stacked up against the growing number of premium utes the W580 pair are competitively priced. The most obvious rival is the Ranger Raptor, which starts at $77,690.

Bearing in mind the previously mentioned issues with the out-dated infotainment system and manual seats, as well as the extras included on the W580S, it makes the high-grade model more appealing overall.

One area that it really impresses that we haven’t mentioned yet is the styling. Walkinshaw’s chief designer, Julian Quincey, has done a great job of making the W580 and W580S really stand out from the rest of the Amarok line-up. Quincey, the man responsible for some of the most memorable HSVs including the GTSR, has added a number of unique elements including a new grille insert, new lower bumper elements, the sail plane for the W580S and the graphics package.

The visual changes manage to do a lot with a little, which is a testament to the WAG team, but it’s the attention to detail that’s really impressive. For example, WAG has fitted new headlight and fog light globes and both are stamped with unique ‘W580’ branding. It’s not something an owner will likely ever see, but it shows the care that went into every element.

It would definitely be on my ute short-list. The Amarok V6 was already a class-leader in so many ways, most notably the engine. The partnership with WAG has only strengthened the Amarok’s core attributes and made it an ideal ute for those who want something special but don’t have any interest in getting their tyres muddy on a regular basis.

The loss of local car manufacturing still stings some diehard Aussie car fans (this writer included) but it’s great to see the experience and knowledge from the men and women at Walkinshaw Automotive Group be recognised and utilised by Volkswagen. 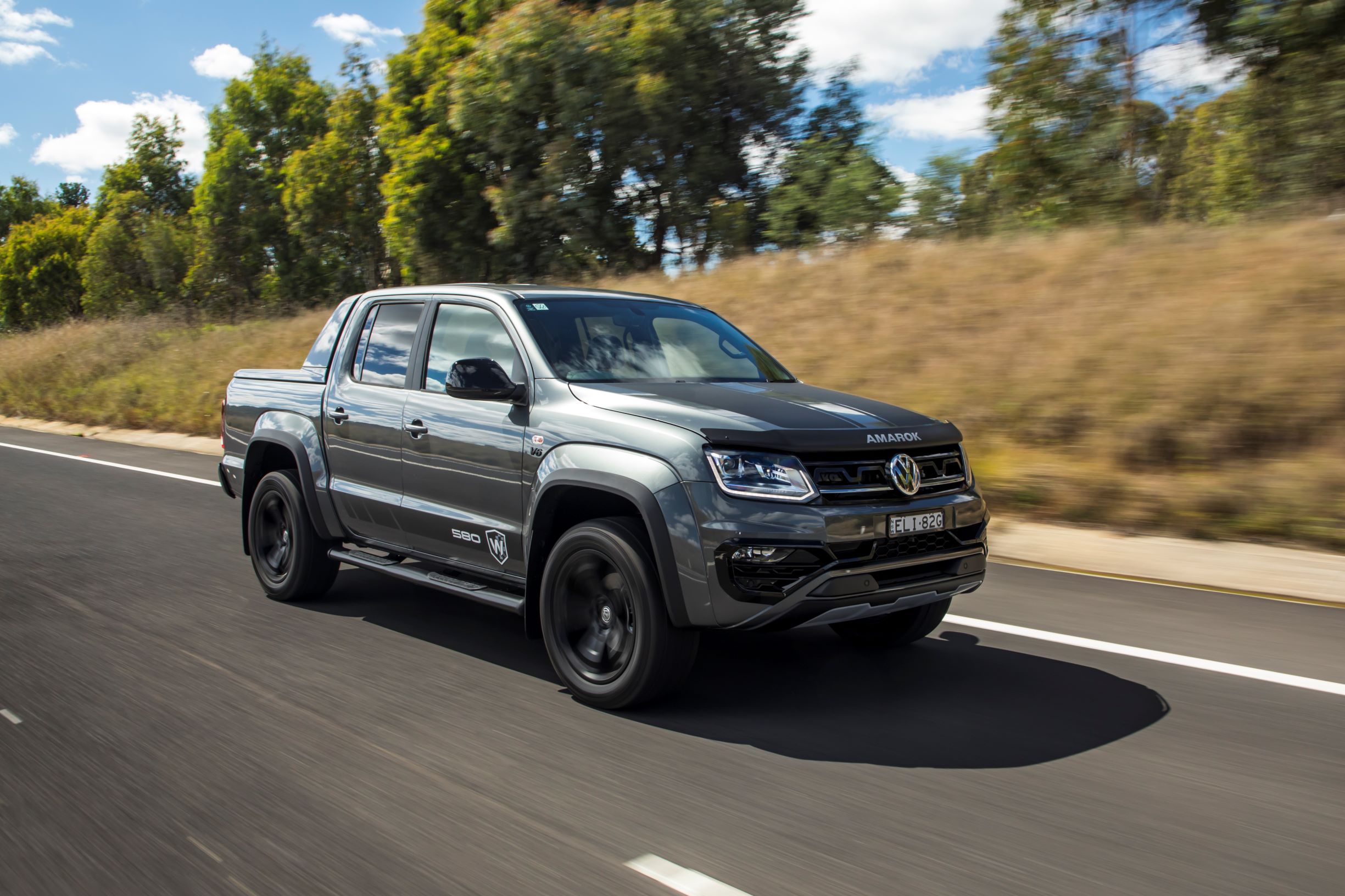