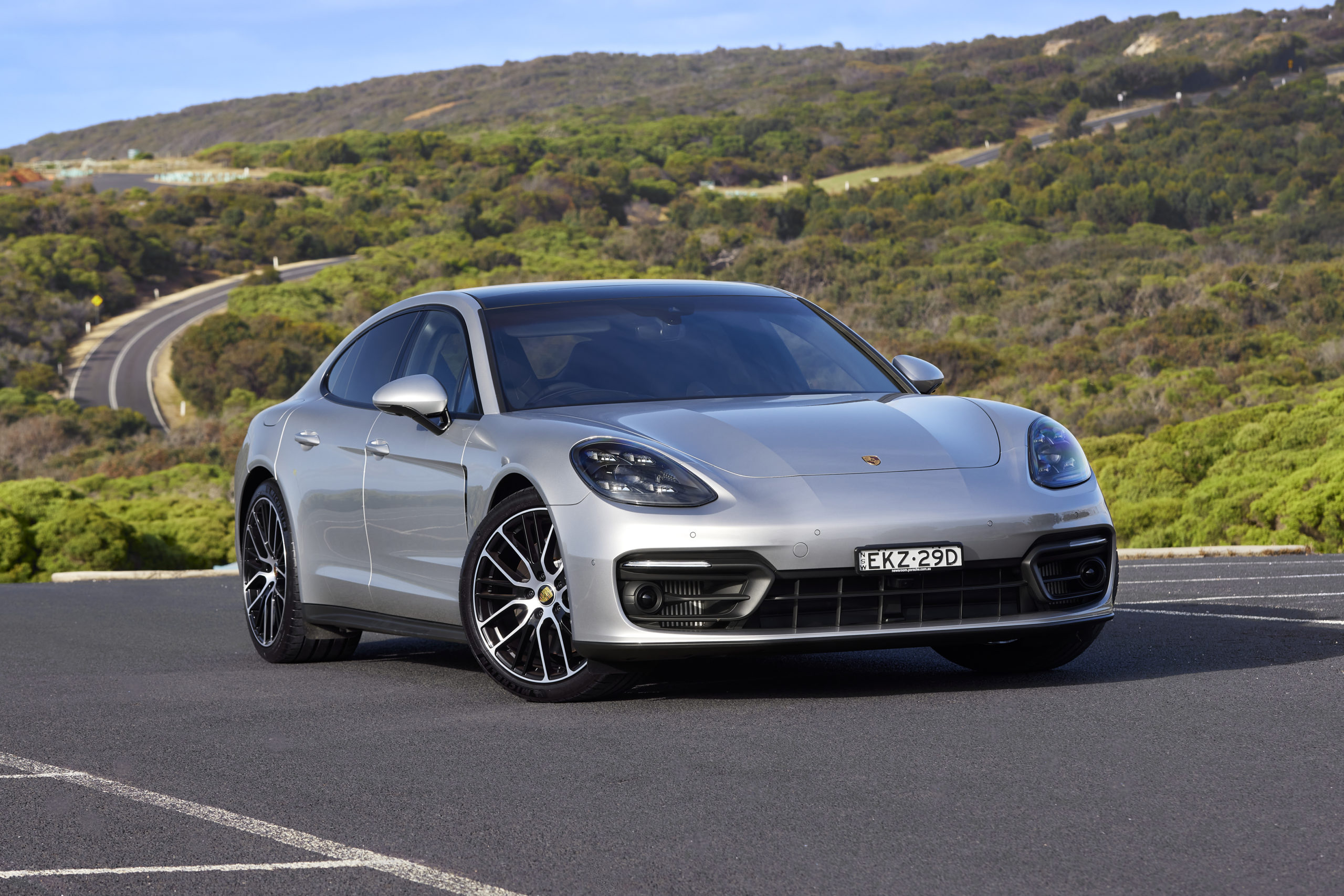 The Panamera is the answer to the problem: ‘I want a Porsche 911 but I have a family’.

When it first launched way back in 2010, it was yet another controversial addition to the Porsche family, alongside the Cayenne. While its performance helped to win over some doubters, the first generation model remained polarising in large part because it looked too similar to a 911 – only longer and, frankly, fatter.

READ MORE: Why the Porsche Panamera and Taycan can coexist in electric future

The second generation solved that issue when it arrived in 2017, sporting a more athletic appearance but still with a clear resemblance to the 911; specifically around the rear end. Now for 2021 has given its limousine an update for 2021, some subtle tweaks that are designed to keep it fresh against the armada of luxury express sedans and fastbacks.

The Panamera has never been raced in a works capacity… however that doesn’t mean the sports sedan hasn’t been raced. The German machine actually competed in the short-lived Italian Superstars Series (think of it as a European version of Supercars), with the N.Technology team. 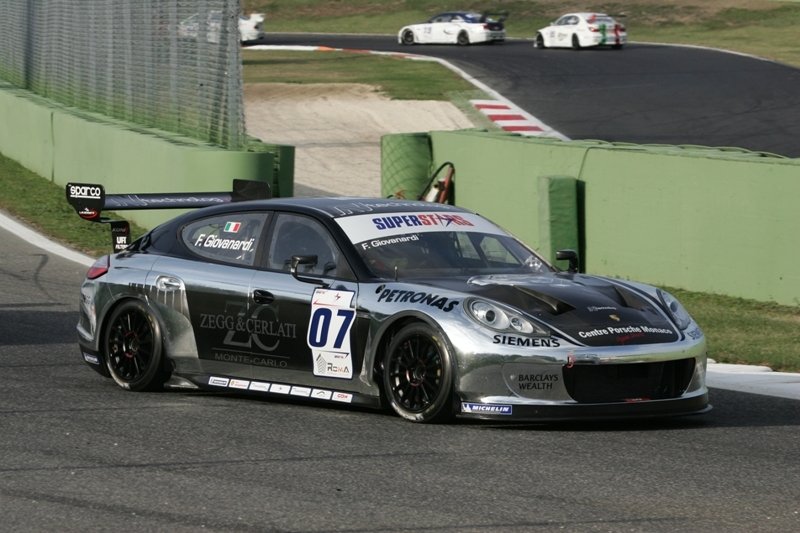 The Porsche Panamera raced in the Italian Superstars series

Obviously that has no bearing on the current car, but certainly Porsche’s legacy in motorsport is clear to see and feel in the latest Panamera. As much as it’s a luxury limo its very much a sports sedan first and foremost and that shines through when you drive it.

There’s a wide range of Panamera powerplants to choose from, including hybrids and turbocharged V8s, but we’re focused on the entry-level model that’s powered by a 2.9-litre V6 twin-turbo petrol engine. This is the same unit found in the Audi RS4 and RS5, because Porsche is responsible for developing this V6 for the entire Volkswagen Group. But even though it’s shared and the entry model, this engine hardly feels like a lesser choice. 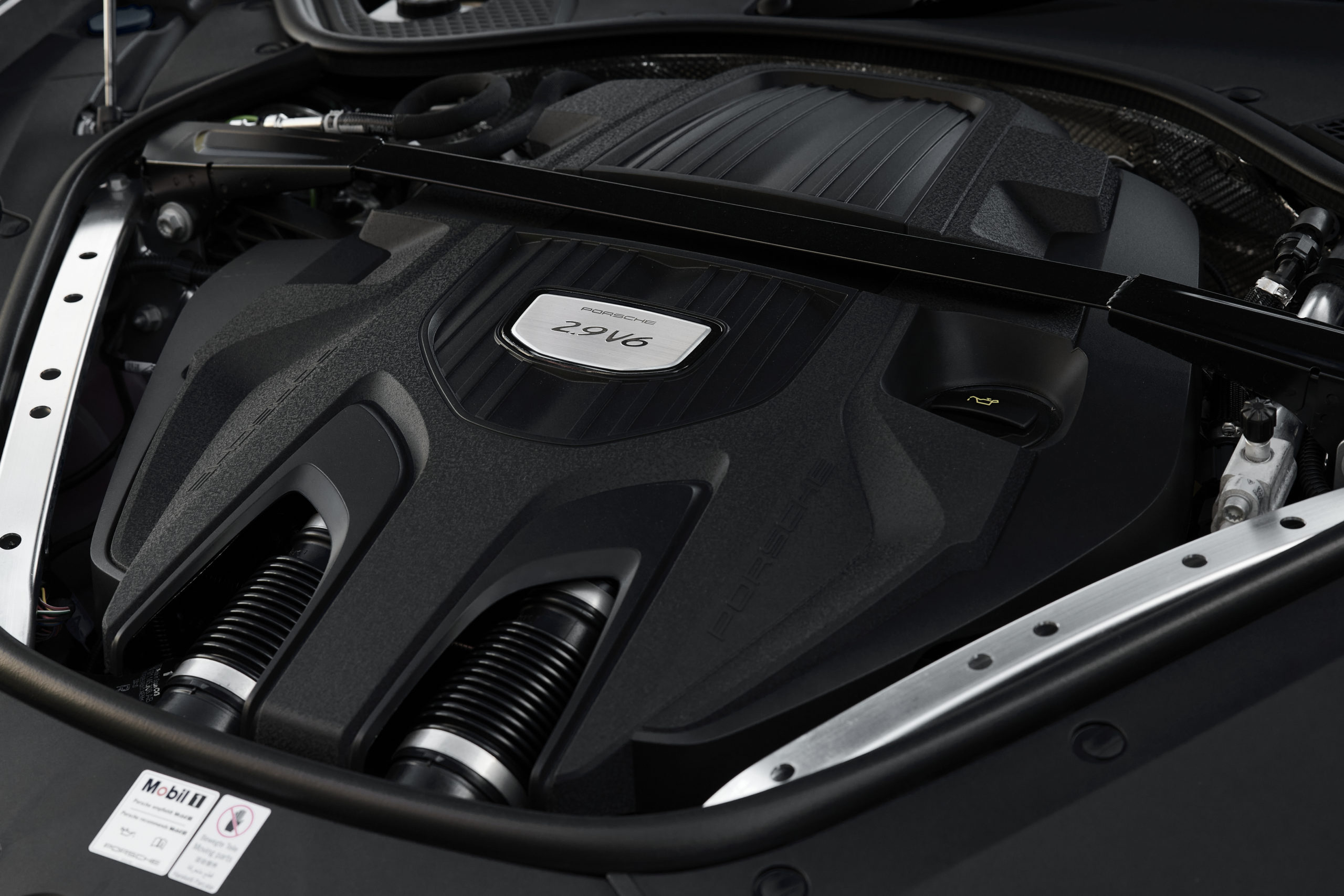 The V6 pumps out 243kW of power and 450Nm of torque, which is more than enough to make the Panamera feel rapid, even with its size and weight. It will make the 0-100km/h run in just 5.6 seconds, which isn’t fast by Porsche standards but is quick for a large luxury sedan. It makes a sweet V6 sound when you squeeze down the throttle and delivers its performance in a smooth and linear fashion.

It’s ably supported by the eight-speed dual-clutch transmission that is happy swapping cogs either with aggression or effortlessness, depending on the driving scenario. It’s one of the best dual-clutch transmissions you’ll find (and was originally developed for the Panamera), with the smoothness typically found in a torque converter but with the ability to shift as rapidly and purposefully as a manual.

While it may be the least powerful member of the line-up, the Panamera we tested shone on the road thanks to the fundamental quality of the chassis and suspension tuning. Porsche likes to think of the Panamera as a sports car with the luxury and space of a executive sedan, and while that’s probably a stretch, it’s most definitely a razor-sharp sports sedan. 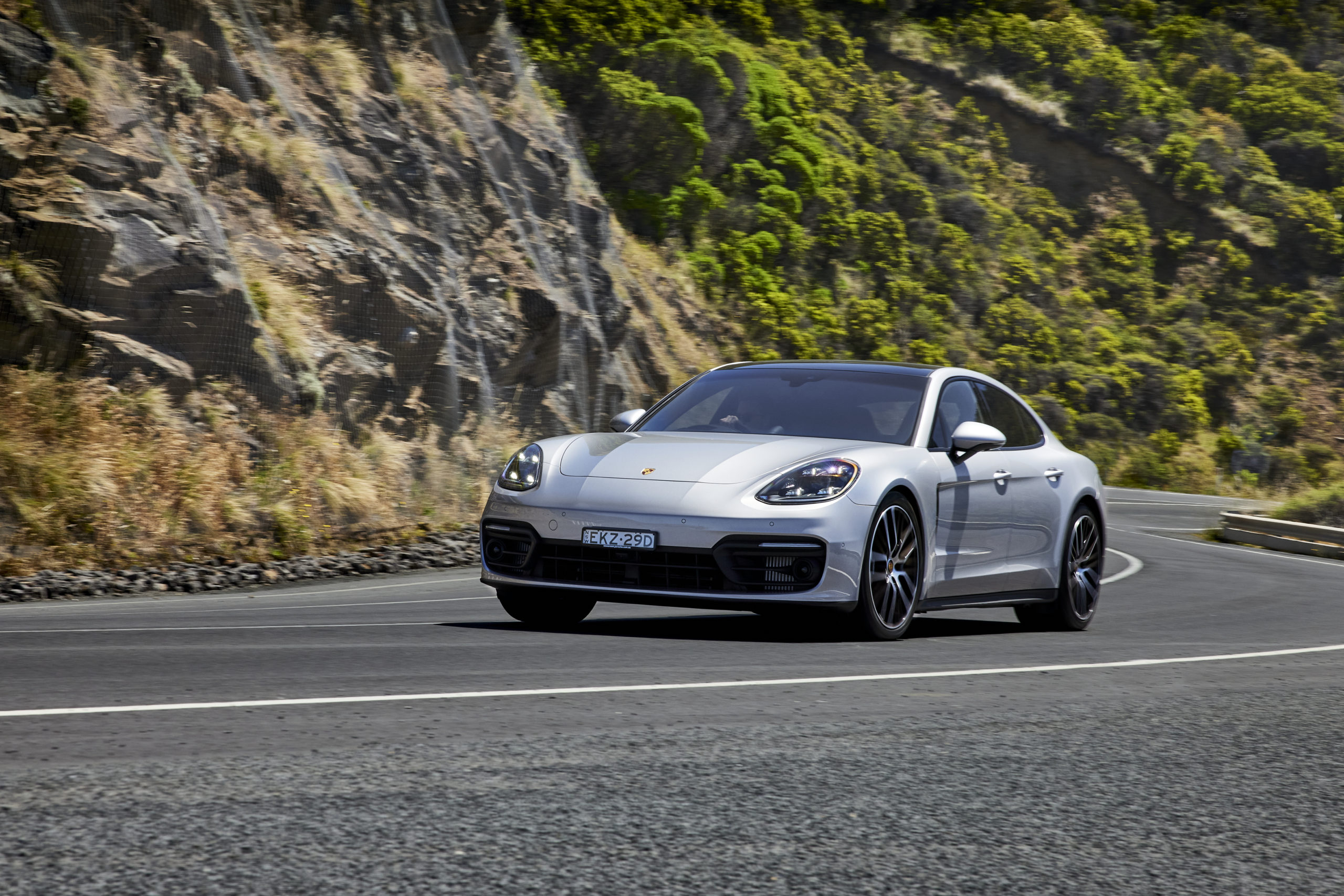 You could be mistaken for thinking you were driving a 911 if you just look forward, the combination of the view out the window and the way it turns into a corner is very sports car-like. However, the Panamera can’t hide its size as the weight transfer begins mid-corner and it starts to feel more like a luxury sedan – albeit one that handles with precision.

While we didn’t do a direct comparison against its key rivals, there’s no question that on the same piece of road the Panamera would have no trouble holding its own (and probably besting) the likes of the Audi A7 Sportback and BMW 8-Series Gran Coupe.

For all of its sharp handling, Porsche didn’t forget that the Panamera is also a luxury car so it couldn’t ride uncomfortably. The suspension tune is excellent and finds the ideal balance between compliance and control. 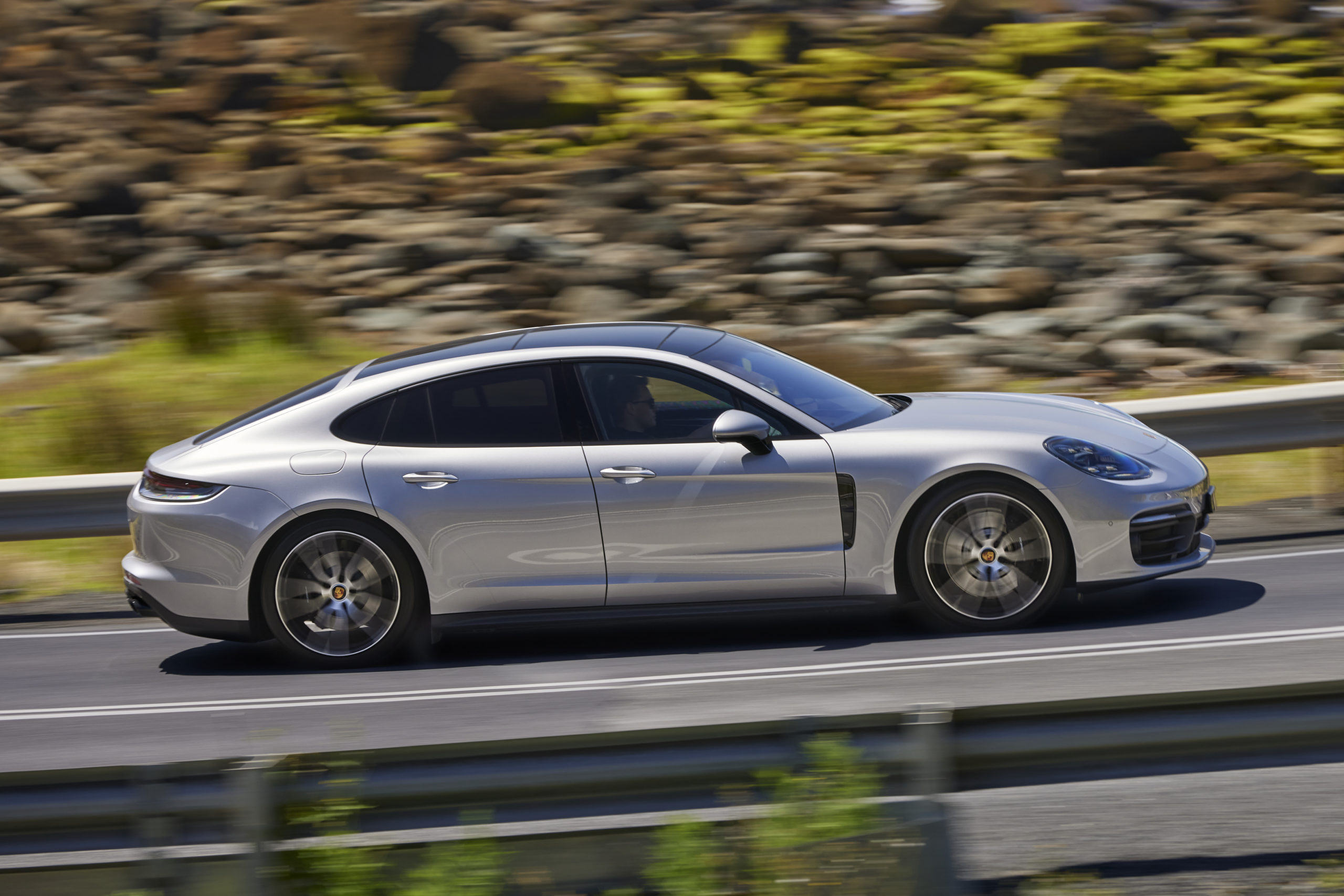 While all Porsches can handle themselves on a track, my ideal Panamera drive would be a country road trip. Our test drive took us through the Adelaide Hills and it was a great place to experience the car and highlight its handling. The fact you could take your friends with you and load up the boot with plenty of the Barossa Valley’s finest wines makes it the perfect long weekend chariot.

Business in the front, party in the back. The front seats offer excellent support, especially laterally, whilst still being comfortable. The back is a similar story, with individual sports seats for the two primary passengers, but with more room to relax. Although, it must be said, that taller teenagers and adults may find the sloping roofline nudges their heads in the back. 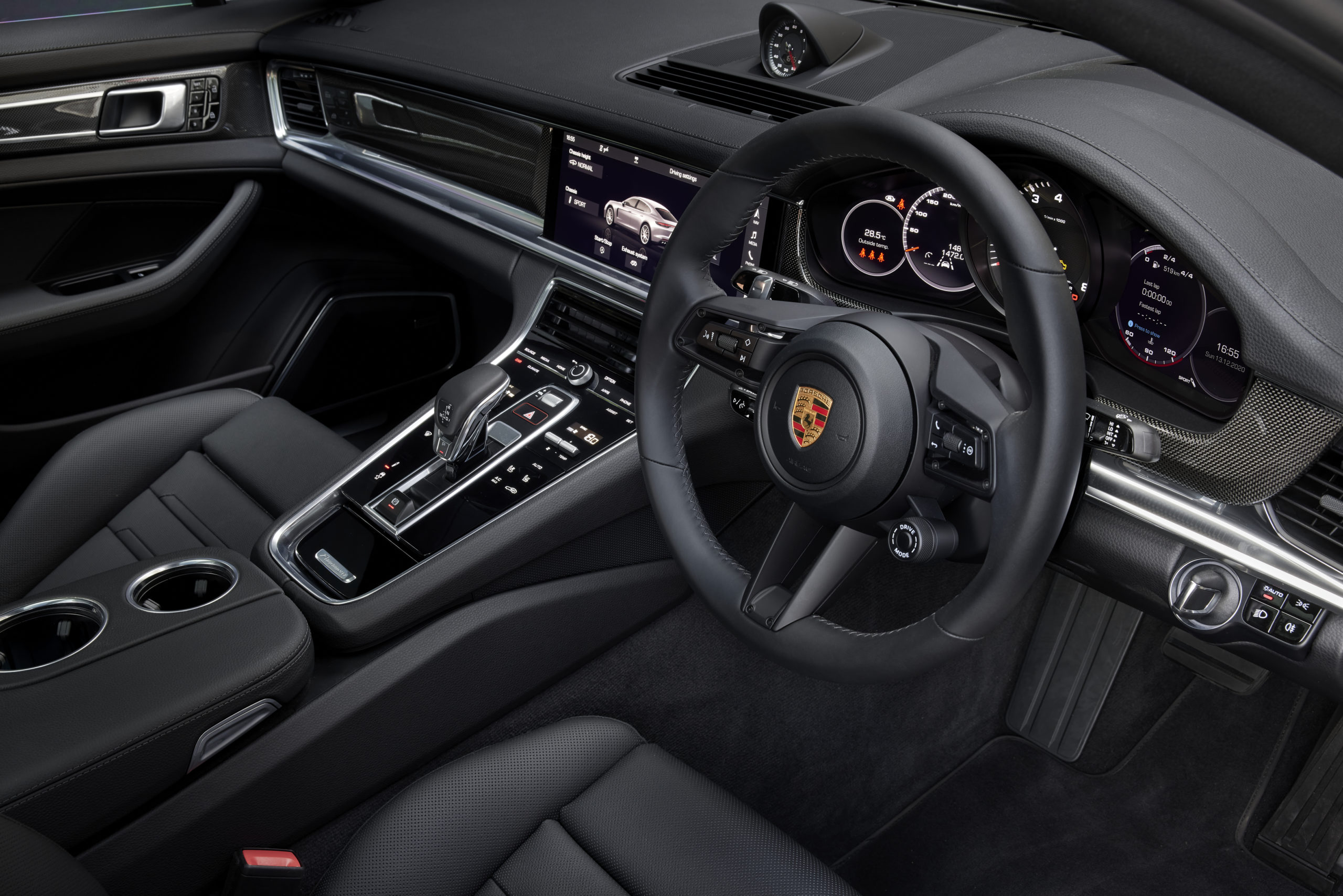 It’s not the biggest and most spacious limousine (although you can get a long-wheelbase Executive model if you do want more room) but it does fulfil its role as a luxury sedan for those with family and friends.

One of the biggest changes for the new Panamera is a price cut with the entry-level model dropping from $218,600 to $199,500. That’s a $19,100 reduction despite no major specification changes, so the value equation has been sharpened significantly. 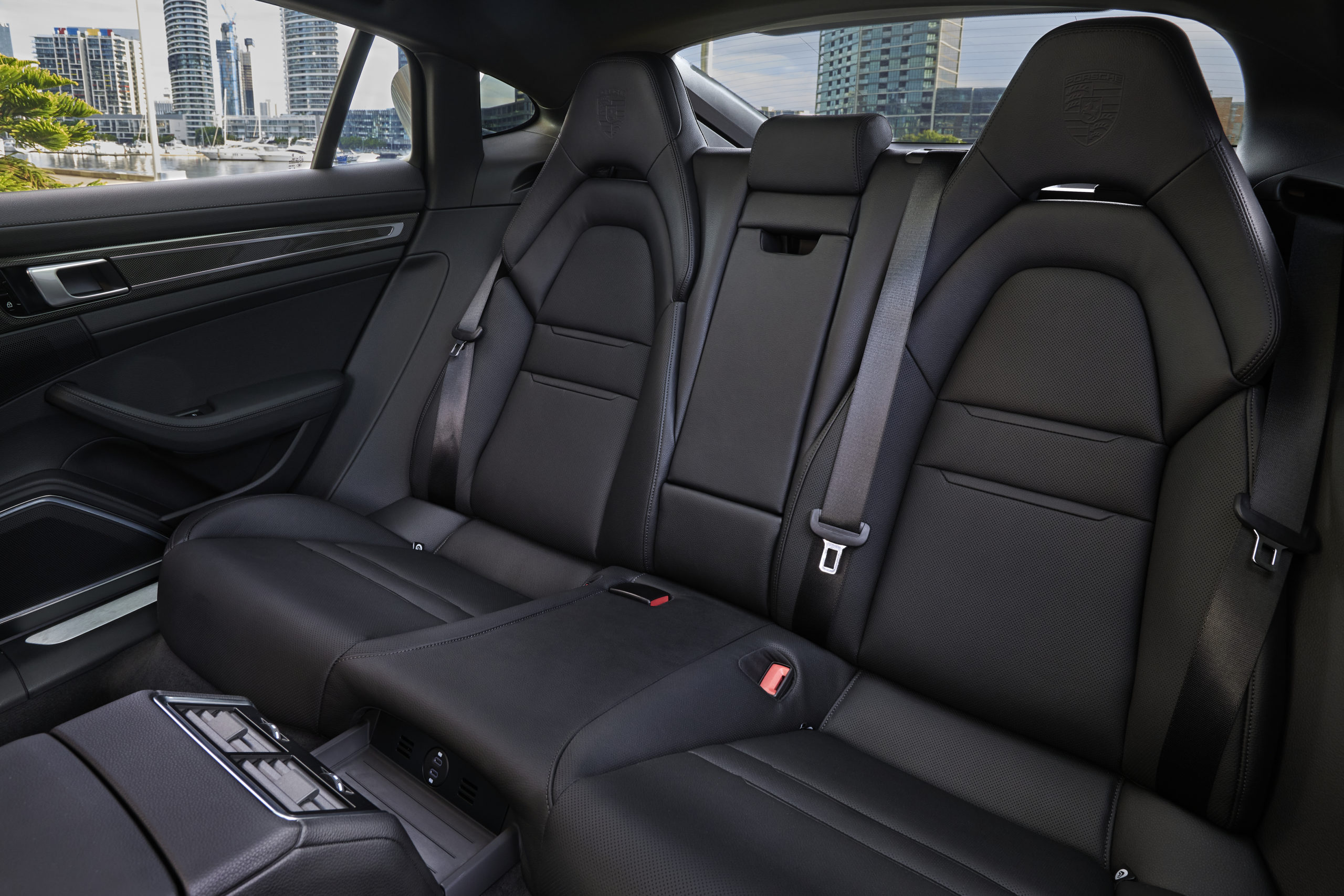 You are still paying a premium for the fact it’s a Porsche when you line it up against its obvious rivals, the Audi A7 55 TFSI Sportback is particularly sharp, starting at $133,600, while the Mercedes-AMG CLS53 starts at $189,100. However, Panamera makes a more compelling case against the BMW 840i Gran Coupe, which is more expensive at $204,900 and the Maserati Quattroporte range, which begins at $210,990 as well as the Jaguar XJ line-up that starts at $213,025.

There’s a lot to like about the Panamera, this updated version costs less but is just as good to drive as it was before – so it’s a win-win. The biggest problem that plays against it is how appealing the rest of the Porsche line-up is.

For example, the Cayenne S, which is powered by the same 2.9-litre V6 twin-turbo, starts at a significantly cheaper $161,500. And the all-new Taycan 4S starts at only slightly more – $201,000 – and while slightly smaller, it still plays a similar role to the Panamera as a family-friendly sports sedan. Personally, the Taycan would be my choice, I’d happily sacrifice some of the interior space for the performance and technology of that powertrain.

For those not willing to make that exchange, the Panamera does a great job of solving the problem of wanting a Porsche 911 but needing a family-sized car. 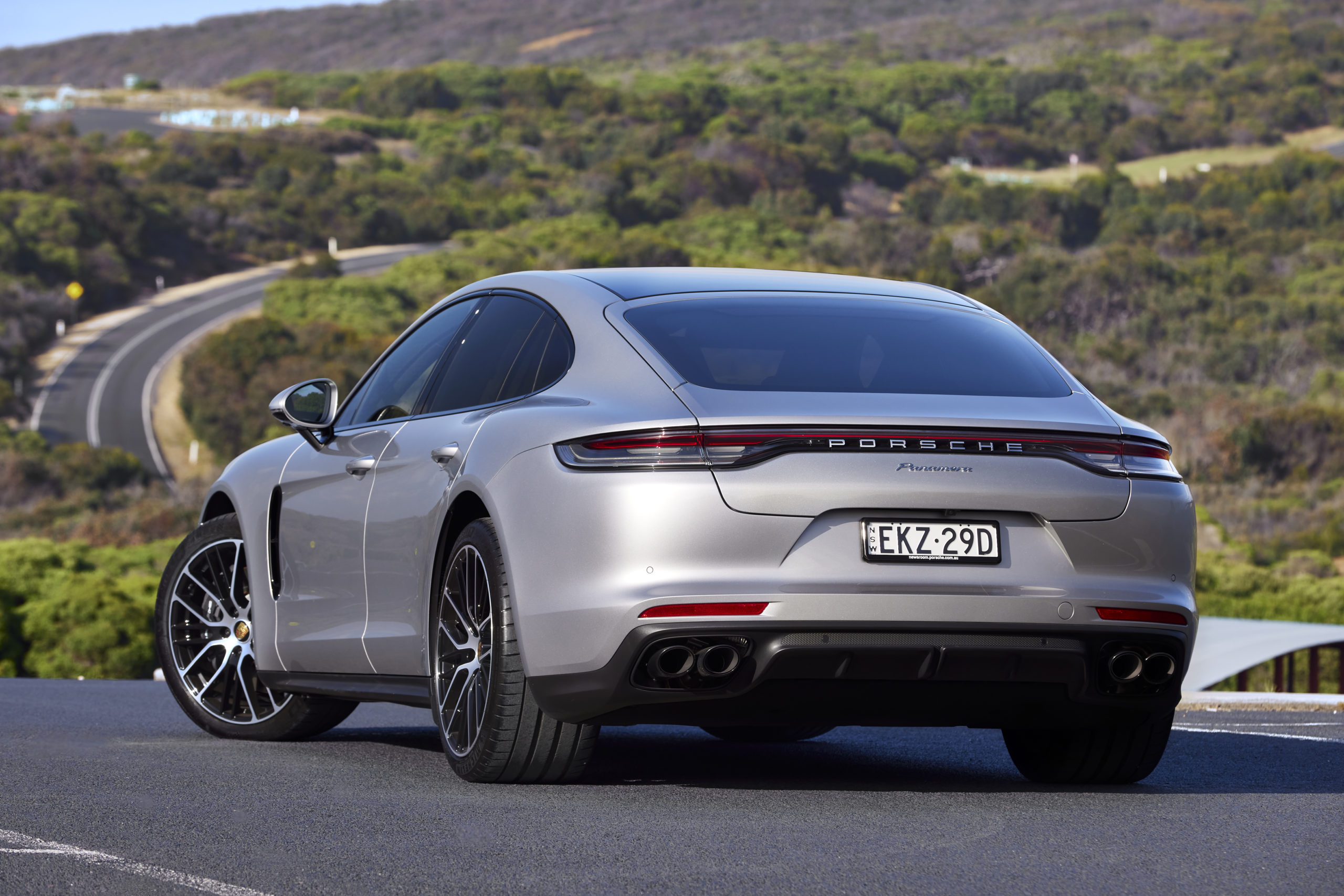