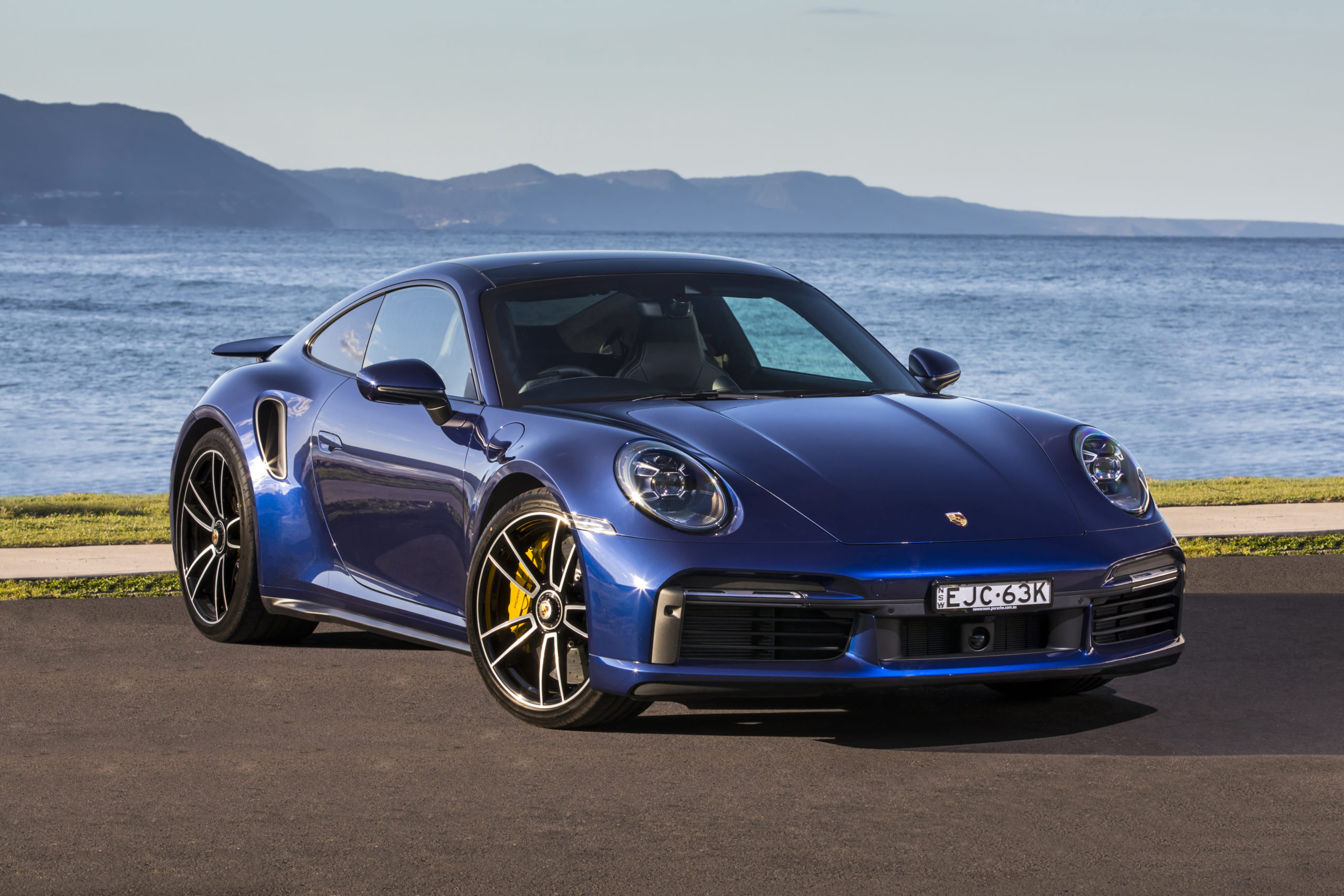 The king of the 911 line-up. While the German brand’s decision to introduce turbocharging across the majority of the 911 range with 991.2 generation, the The Turbo S sits at the top of the tree, packing a twin-turbocharged flat-six that out-muscles the rest.

This is Porsche’s ultimate 911 in terms of combining performance and luxury, the GT3 is a more pure, driver-focused machine with its naturally-aspirated engine, but the Turbo S is faster and still loaded with creature comforts.

While the GT3 is the basis for all of Porsche’s 911-based motorsport programs, the Turbo has a long history on the track. The iconic 935 was based on the first 911 Turbo, the 930 series introduced in 1975, and allowed the company to learn valuable lessons about forced induction. Porsche used evolutions of the turbocharged flat-six from the 935 in a variety of cars including the dominant Group C 956 and 962.

It makes a neck-snapping 478kW of power and 800Nm of torque, which is enough to launch this coupe from 0-100km/h in a race car-like 2.7 seconds (using the company’s launch control system). Porsche claims the Turbo S has a top speed of 330km/h and hired a Sydney Airport runway to demonstrate it was telling the truth. All that grunt is channelled to all four-wheels via an eight-speed dual-clutch transmission to ensure it can all be utilised. And that’s really the most impressive element of the Turbo S – just how easy such a potent machine is to drive. The breadth of capability is astonishing, the Turbo S feels as laid back and easy to drive as a hatchback around town – with the engine never feeling choked or frustrated. But when the occasion calls for it, the flat-six unleashes a fury few cars can match, building speed with the effortless and force of a genuine race car.

Sydney Airport was an appropriate venue for Porsche to show off the Turbo S, because without proper aerodynamics a car this fast might take flight. To ensure the Turbo S is able to stay stuck to the tarmac the engineers and designers have developed an active aerodynamic system that features both a variable front spoiler and a multi-position rear wing.

The variable front lip spoiler consists of three separate inflatable segments assisted by actuators that adjust spending on the drive mode you select. In Normal setting the spoiler remains fully retracted but when you dial up Sport Plus, the bottom edge of the lip spoiler extends to generate more downforce. 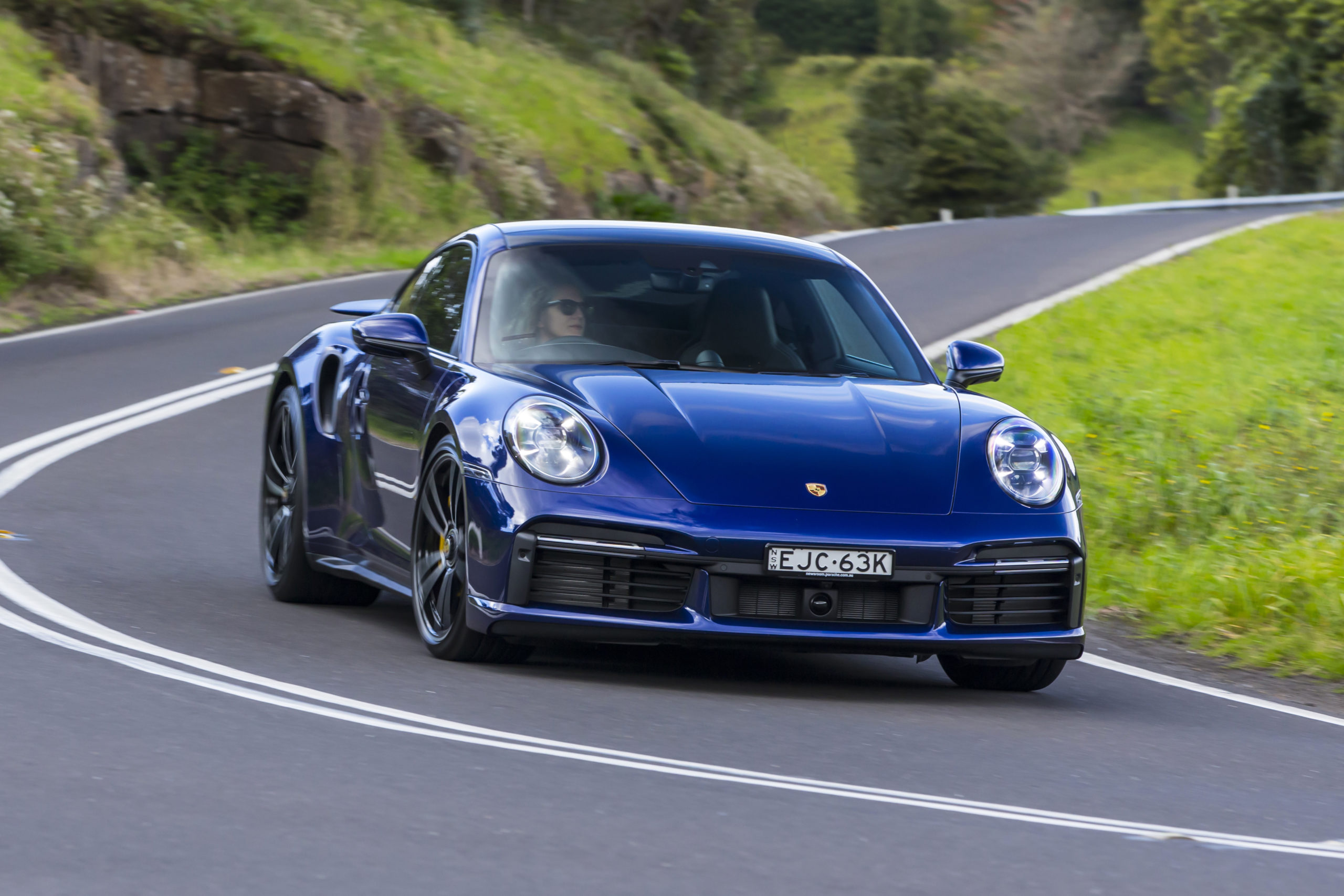 Meanwhile, at the rear of the Turbo S, the large wing isn’t just for show. It too moves depending on the drive mode selected, raising to help apply more downforce to the rear. In Sport Plus it will actually reduce the angle at speeds above 260km/h to reduce the load on the tyres to further improve grip when you’re on a track.

Even on the road the Turbo S is a joy to drive, even though it’s much too capable of being even remotely extended in a safe or legal manner. The handling is razor-sharp thanks to brilliant steering and a finely-honed chassis, as well as huge staggered 20- and 21-inch alloys wrapped in massive Goodyear rubber. Throw the Turbo S into a corner at it sticks like glue, feeling confident and poised at any speed.

If there’s a criticism it’s the ride is very firm, which isn’t ideal on pockmarked rural roads and makes speed bumps hard work.

In truth the 911 Turbo S needs a racetrack to be truly enjoyed and pushed to its limits. And, ideally, it needs to be a fast track too, to fully exploit the potential of both the engine and the chassis. Somewhere like Phillip Island or Silverstone would be ideal to really stretch the Turbo S to its outer edge.

Aside from the ballistic performance of the engine, what really separates the Turbo S from the GT3 is the presentation and finish of the cabin. The leather-lined interior of the Turbo S sets a very different tone to the more functional and sporty GT3. For example, the seats are not only trimmed in high-quality leather but also feature 18-way electric adjustment. There’s also the thick-rimmed steering wheel that features controls for the adjustable dash screens, cruise control and drive mode selector as well as metallic paddle shifters.

It’s a genuinely plush cabin that makes the Turbo S both a high-performance machine and a luxury car.

Obviously $473,500 (plus on-road costs) is a lot of money to spend on a car. But if you are going to spend half a million then there are few cars more worthy than the 911 Turbo S.

However, the combination of price and performance does put it up against some seriously impressive competition, such as the Ferrari F8 Tributo, Lamborghini Huracan, Audi R8 V10 quattro and McLaren 720S. 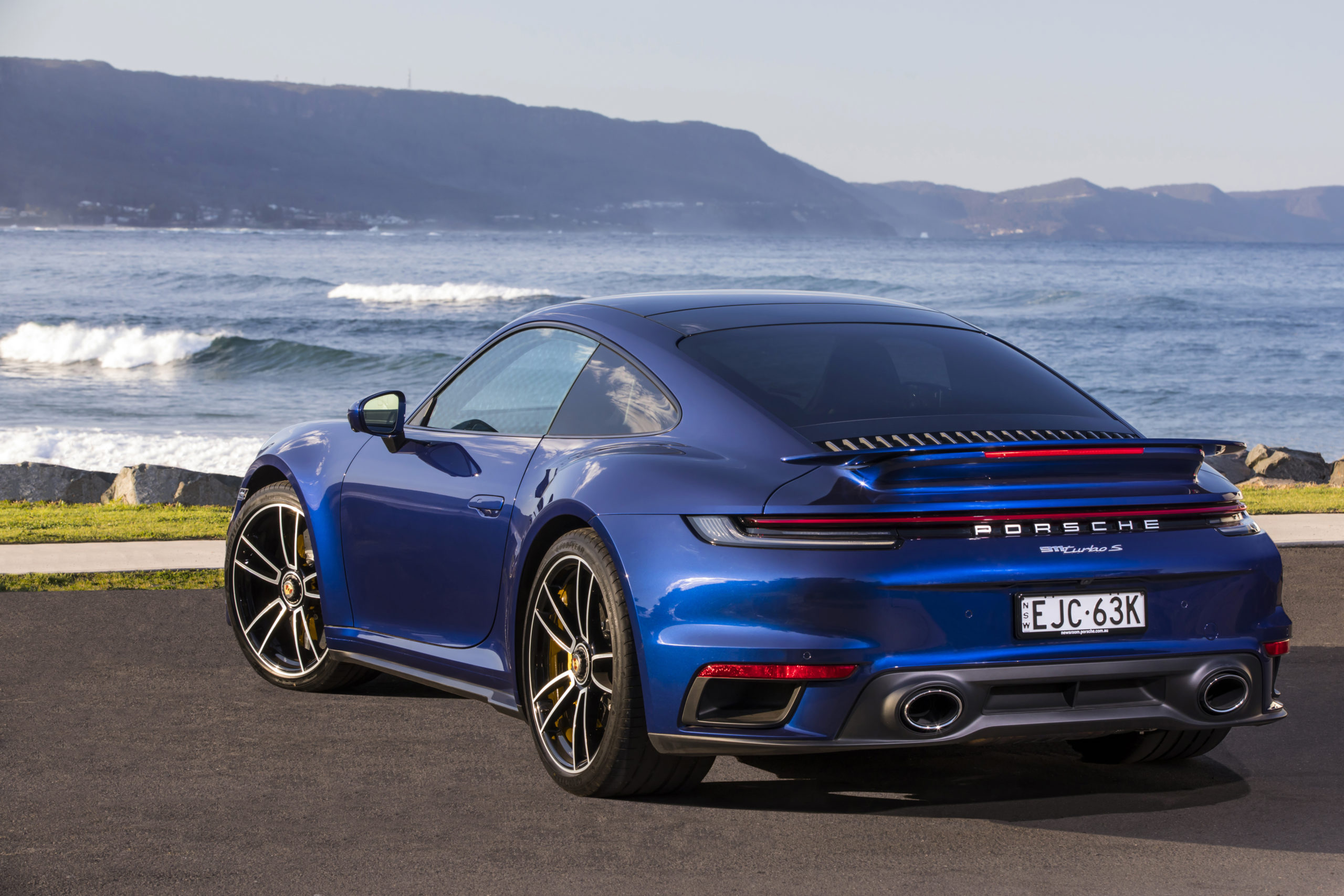 In a heartbeat. As much as I love the purity of the 911 GT3, the Turbo S is a remarkable machine that is capable of both Monday-Friday duties as well as tearing up the track or open road on the weekend. Put simply, it’s the best of Porsche.