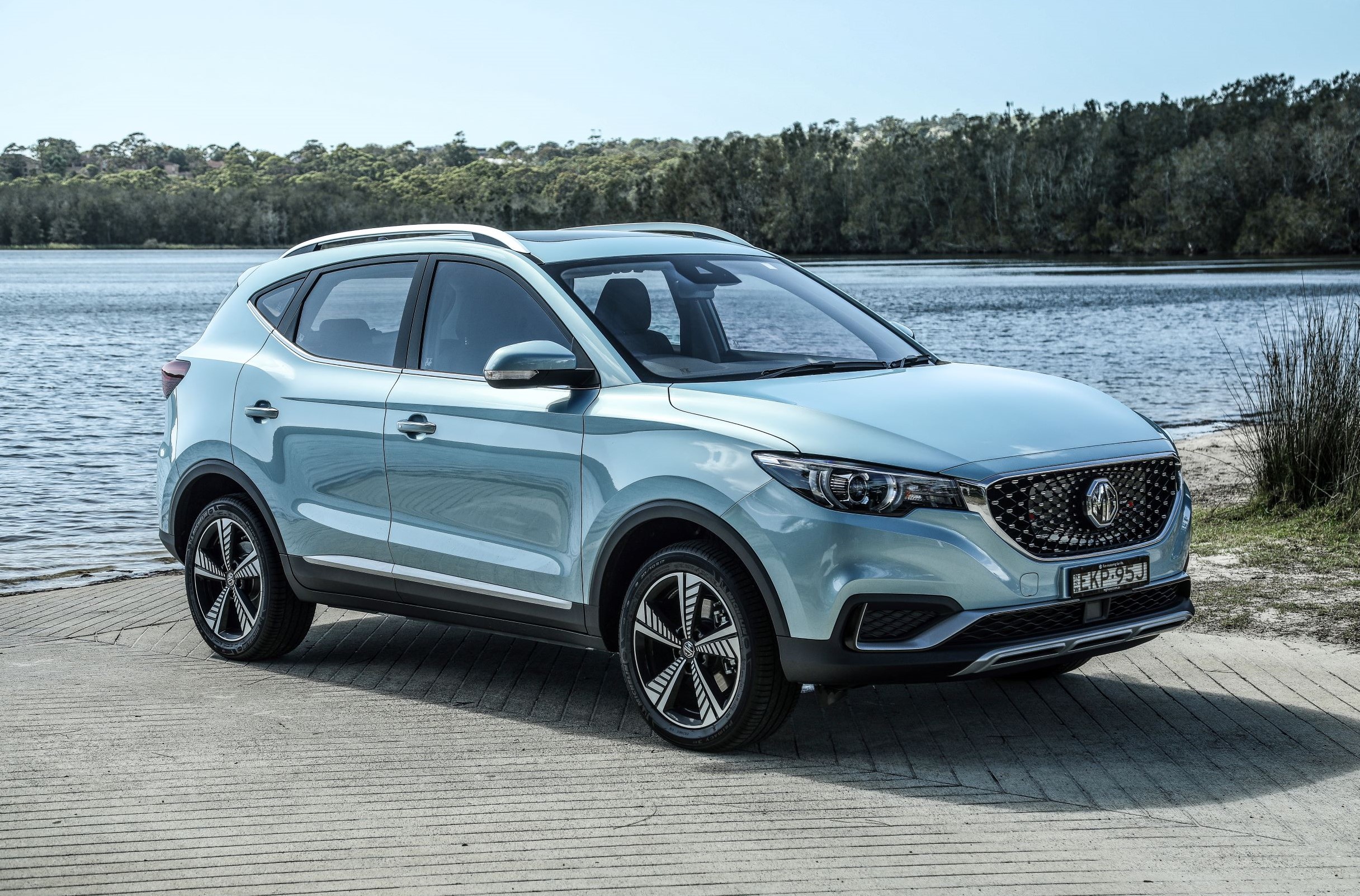 No, MG in 2021 is owned by Chinese automotive giant SAIC (which stands for Shanghai Automotive Industry Corporation) and it makes small hatchbacks and SUVs. The ZS is the brand’s rival to the likes of the Mitsubishi ASX and Hyundai Kona, but the one we’re testing is the all-electric version – which is one of the most affordable EVs you can buy in Australia.

Obviously MG has a long history in motorsport dating back to the days of the MG TC and MGB with famous names including Carroll Shelby, Phil Hill, Ken Miles and Steve McQueen. Even though under SAIC the brand has switched to focus on small cars and SUVs, the brand has still been involved in competition. 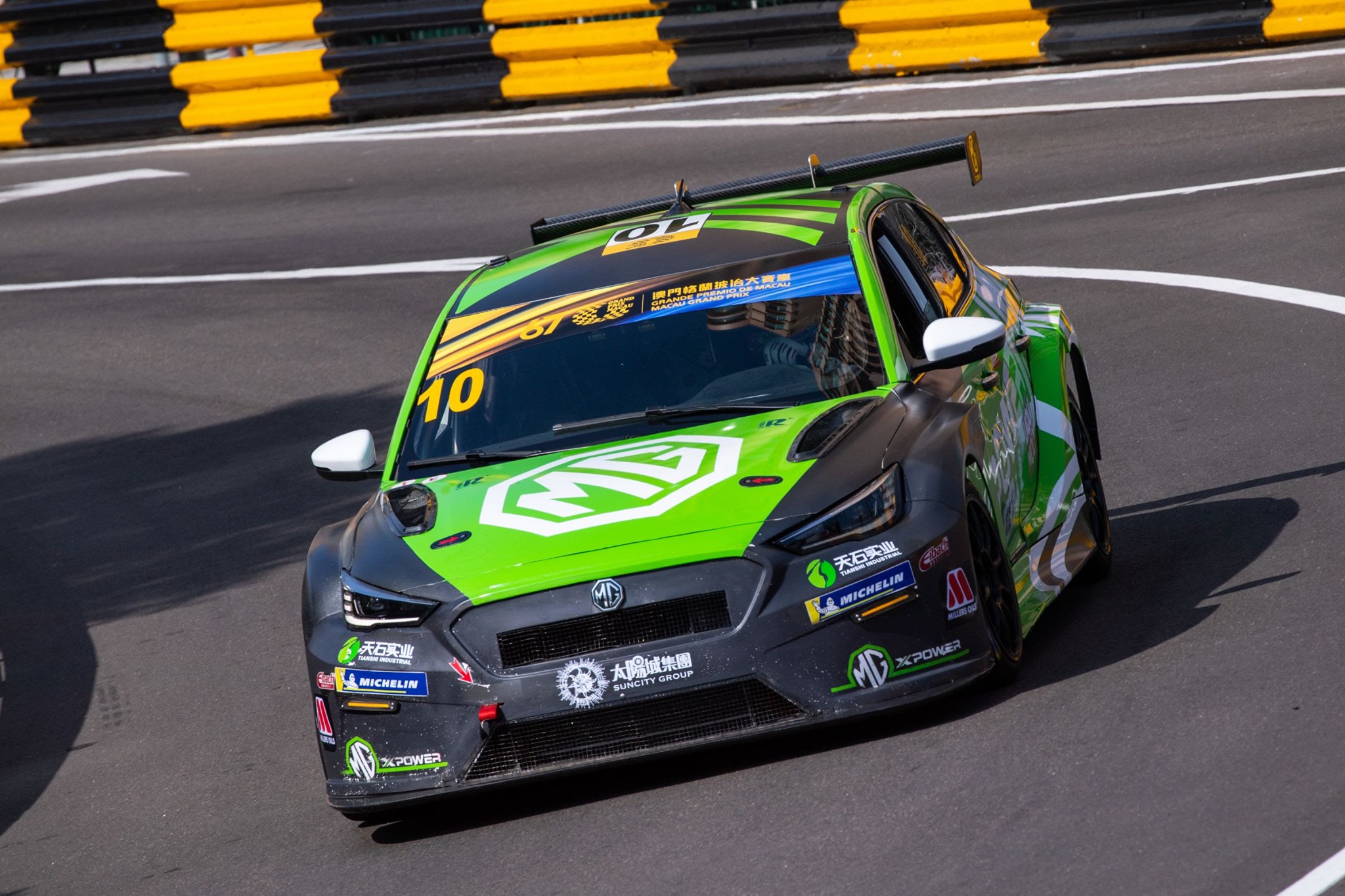 MG has entered the TCR fold

Locally, back in 2018 MG partnered with James Brock to run an MG6 Plus in the Australian Production Car Championship. More recently it’s jumped into TCR with a racing version of the MG6 X-Power.

Although obviously none of these programs really lead into electric SUVs, it’s nice to see the new owners haven’t completely forgotten about the past.

While MG does a range of petrol-powered ZS options, this one replaces the engine with an electric motor and mounts the battery pack underneath the floor for optimal weight distribution and a lower centre-of-gravity. 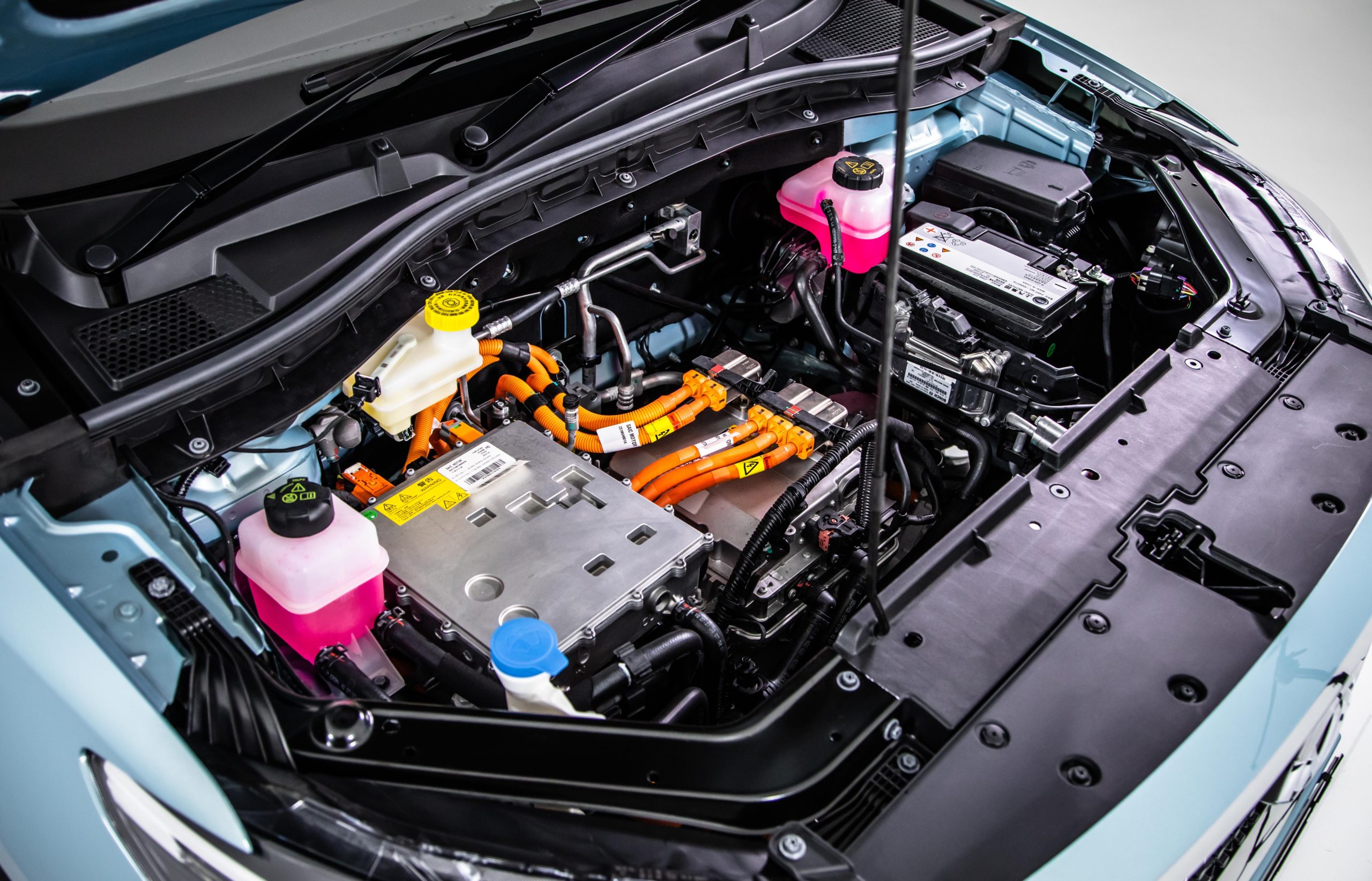 The motor makes 105kW of power and 353Nm of torque, which is modest for an EV but is good for an SUV this size. Drive is sent only to the front-wheels and despite having so much torque it does a good job transferring the performance to the road; with only occasional chirps of traction slipping.

We’ve come to expect impressive performance figures from modern EVs, with the instant torque leading to rapid acceleration times, but that’s not really what the ZS EV is about. This is an efficient city runabout, more than a performance SUV but it does feel sprightly and has zippy acceleration when you need it.

The battery isn’t the latest technology though, it boasts a 44.5kWh capacity which allows for a maximum claimed driving range of 263km. In the real world we saw a projected range closer to 200km. While that may not sound like much, for most people it’s likely more than enough to get through several days of running around the city and suburbs.

Nothing demonstrates just how different a modern MG is from what came before than throwing it into some corners. While MG created a reputation for small, agile and lightweights sports cars, the ZS EV is none of those things. 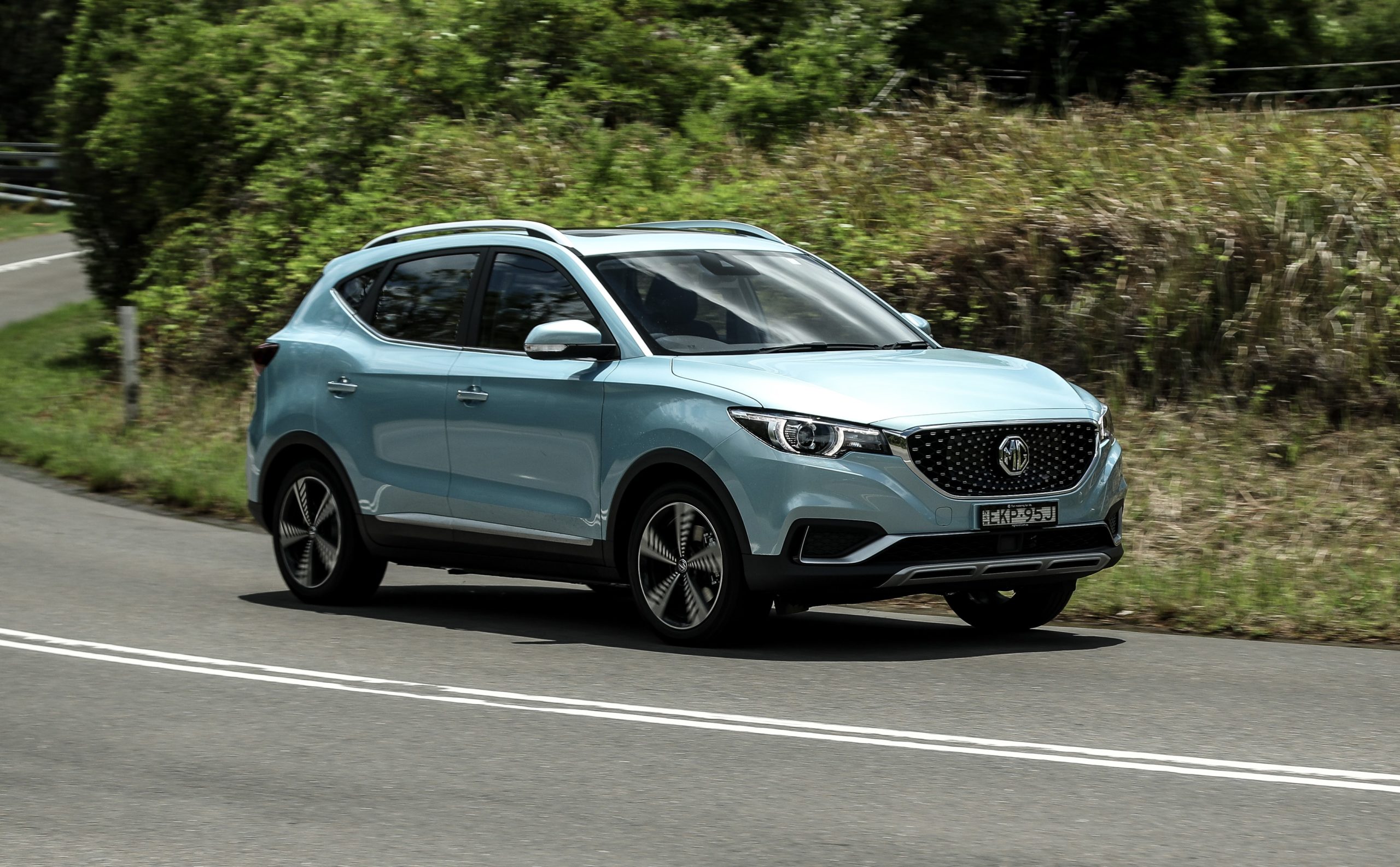 Thanks to the battery pack the ZS EV tips that scales at a hefty 1532kg kerb weight, which doesn’t help it feel sporty and responsive. However, it’s far from a disappointment, on the contrary this new iteration of MG surprises with how well it does handle compared to its modern rivals.

While it lacks the more refined handling of its most direct rival, the Hyundai Kona Electric, the ZS EV is a very solid effort from what is, effectively, an all-new player in this market. The ride gets choppy at times, but it never feels uncomfortable, while the steering is direct but lacks feel. But the ZS isn’t trying to be a sports car, this is a urban-focused electric SUV and on that front it does a respectable job.

I’d really like to take it to a launch for a new MG sports car. Ever since SAIC took over the brand it has teased several possible sports car revivals wearing the famous badge. The latest is the MG Cyberster Concept, an electric two-seat roadster that manages to combine elements of the brand’s past and future. Fingers crossed they put the concept into production in the near future. 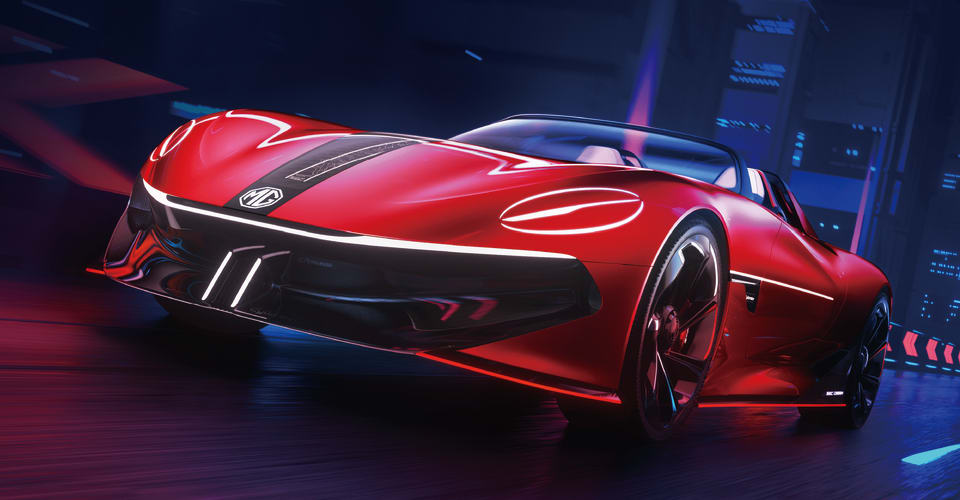 Not to damn with faint praise, but the cabin of the ZS EV is perhaps the most pleasantly surprising aspect of the entire car. Interior design is often a major struggle for brands, especially new ones, both in terms of style and execution.

So the clean and simple design of the ZS EV looks good, and when combined with the nice materials and the way it’s finished, it feels better than many much more established rivals. 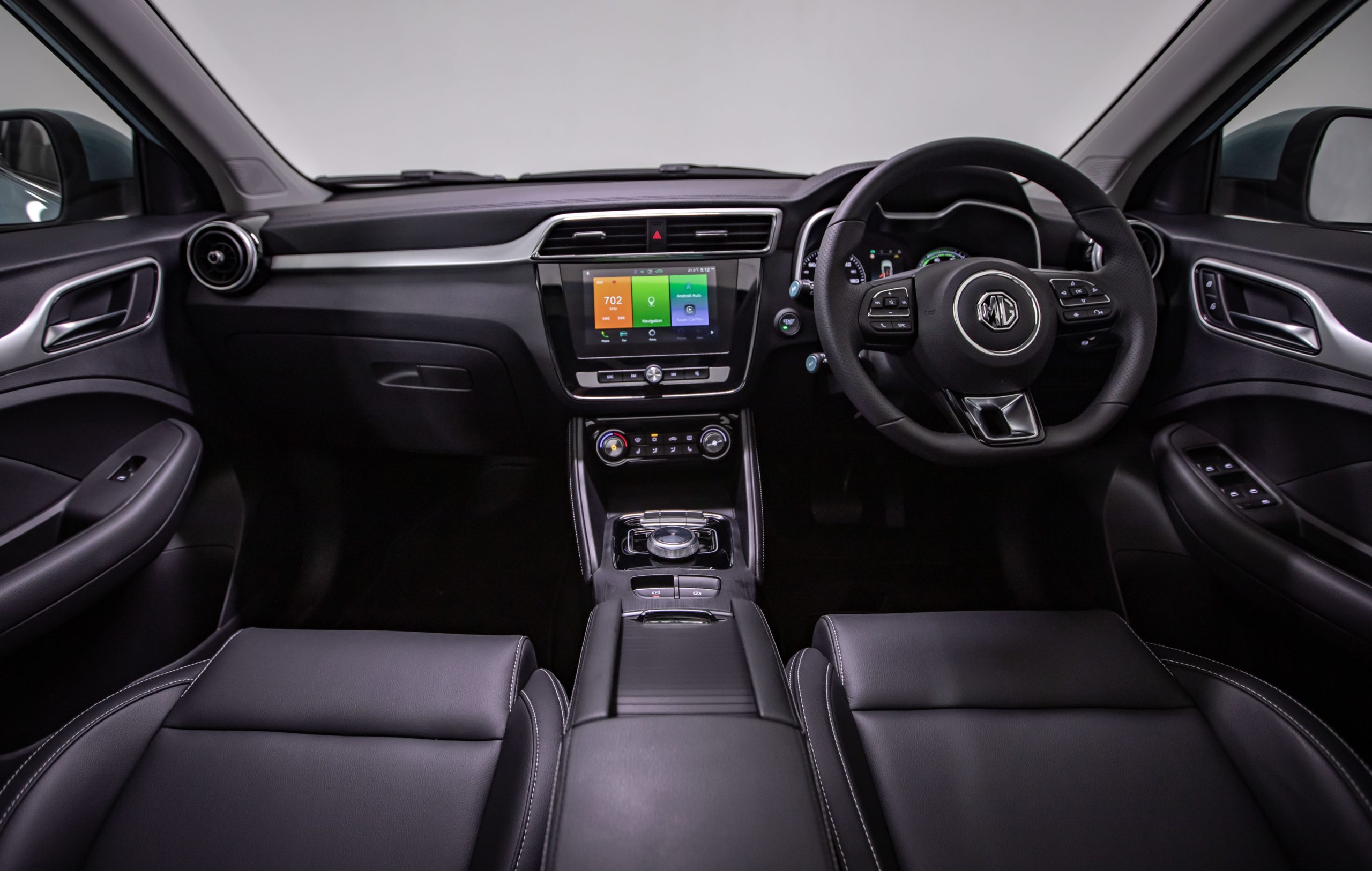 Perspective is important when answering this question. At first glance the ZS EV is mighty expensive – priced from $43,990 (plus on-road costs) – which is $18k more expensive than the ZS Essence model that sits below it in the range.

So it’s a lot more expensive than the petrol-powered ZS, but when you start to look at its rivals the value equation becomes less clear-cut. There are a number of small SUVs that are close on price without the electric powertrain – Mazda CX-30 G25 Astina (from $42,990), Mitsubishi Eclipse Cross Exceed AWD (from $40,790) and Kia Seltos GT-Line (from $42,200). 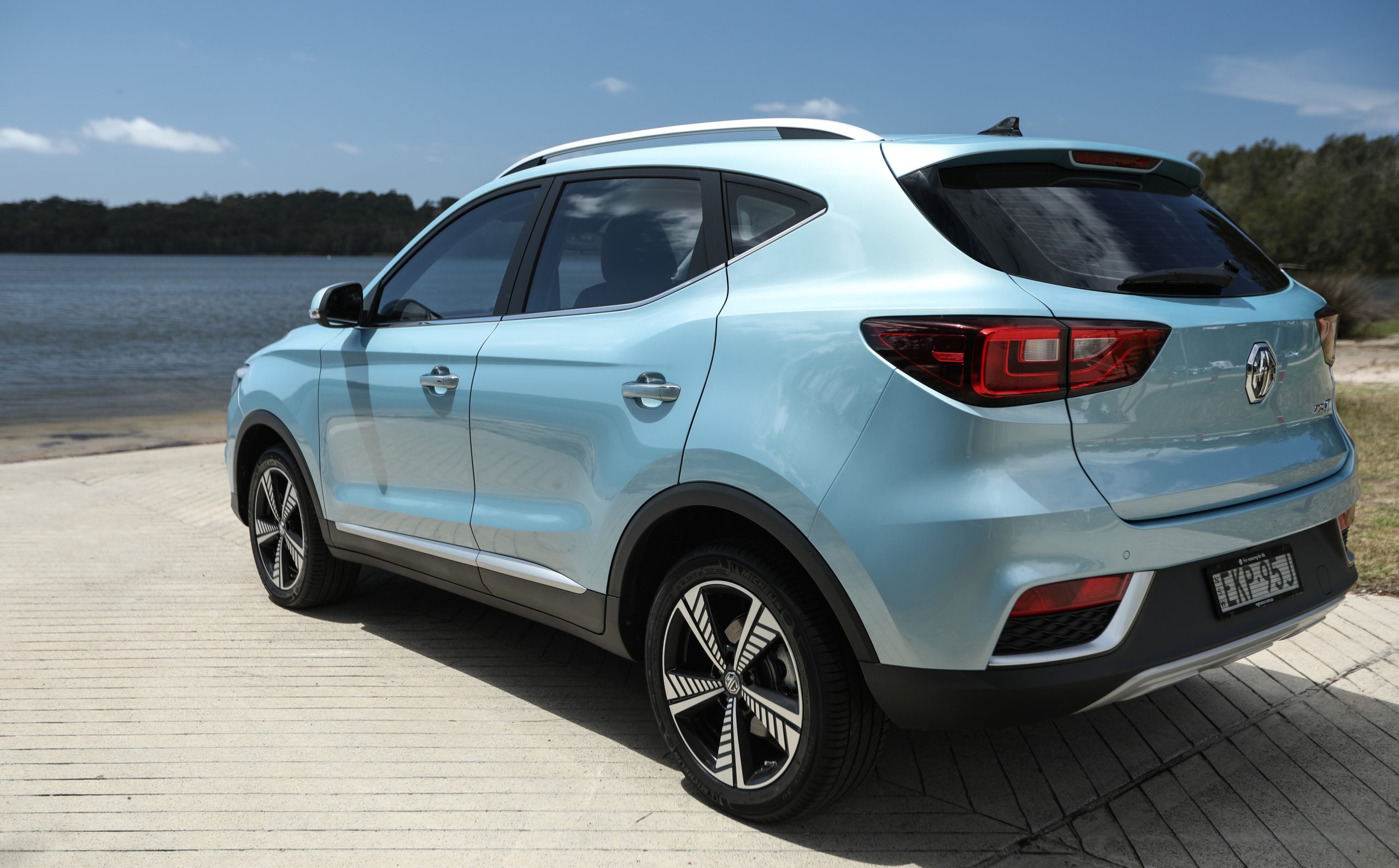 If you want an EV in a small SUV body, the only other current choice is the new Hyundai Kona Electric, which starts at $62,000. Or if you’ll settle for a hybrid you can get the Subaru XV Hybrid S for $40,790.

So for a small SUV it’s pricey, but for an EV it’s actually the most affordable model on sale – and for what it is and does, it represents good value.

It’s not the fastest or most exciting car we’ve tested here, but it’s a great example of the fast-changing nature of the current car industry. This is an old brand name, under new management and pushing ahead with the technology of the future.

If I was in the market for a small SUV or just an electric car I’d certainly give the ZS EV strong consideration. Obviously you have to shake-off all your previous knowledge about MG and assess the ZS on its merits – because it’s nothing like any previous MG – but as a compact SUV and an EV it’s good value and easy to live with. 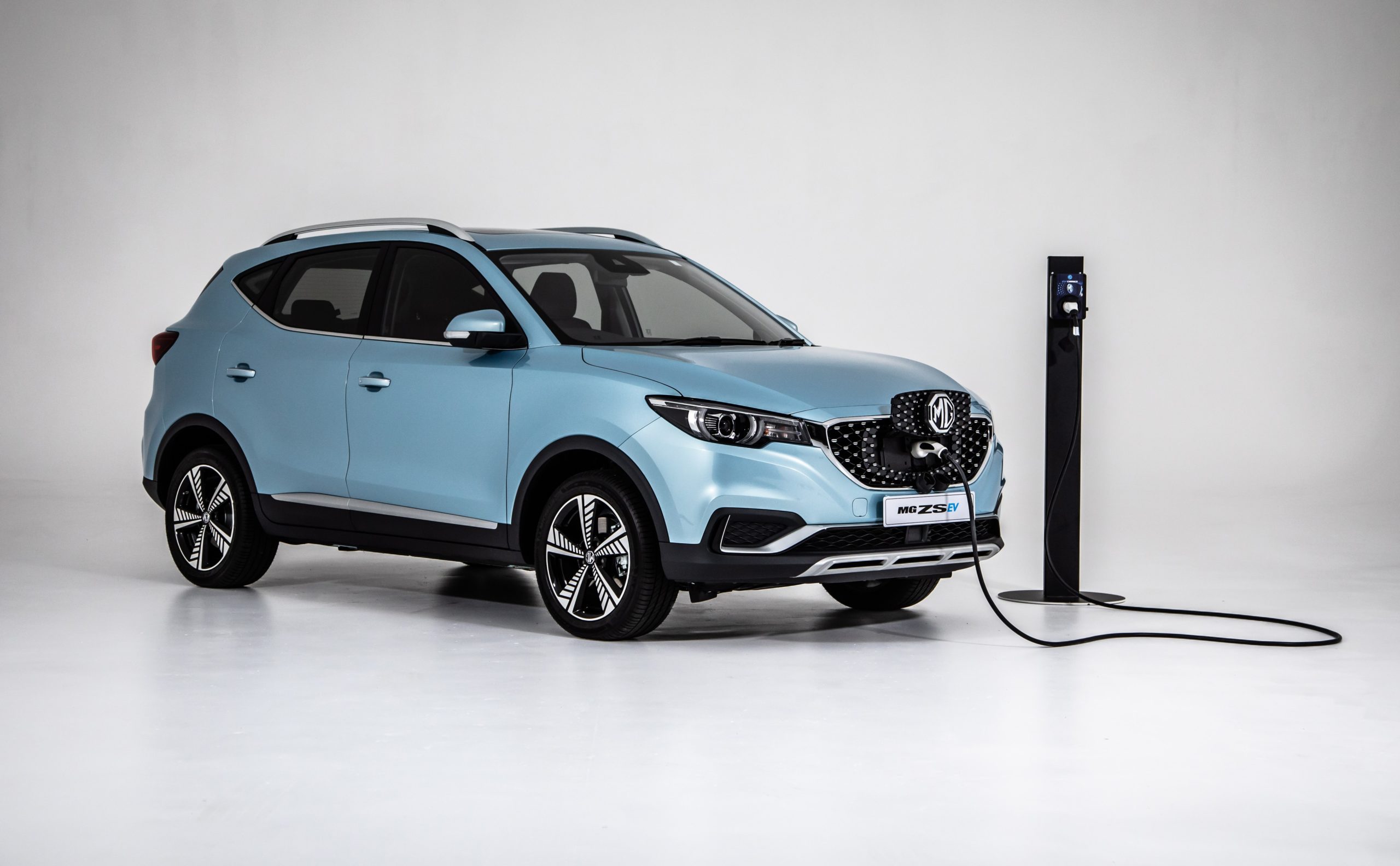