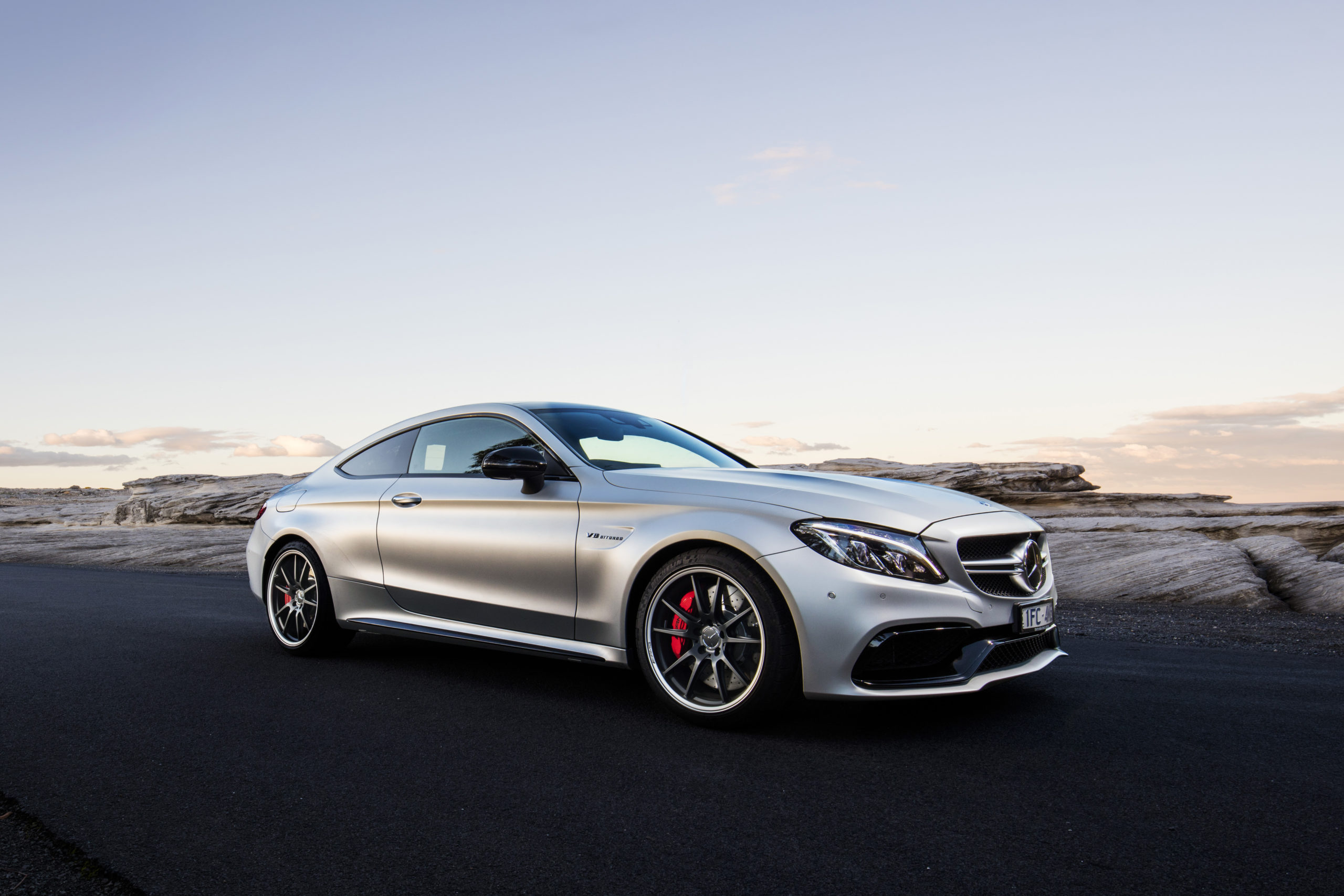 The last of its kind… probably.

AMG earned its reputation on the back of big, mean and powerful V8 engines, but with governments around the world introducing ever stricter emissions standards it makes big capacity engines difficult for car makers. Reports from Europe suggest the next AMG C-Class will swap the V8 for a new boosted four-cylinder, bringing the curtains down on V8 coupes (with the BMW M4 and Audi RS5 already using six-cylinder power).

But that’s the future, the C63 is here now and it’s worth enjoying it while we can – because it’s a truly brilliant sports coupe. It looks the part, with a muscular stance, and backs it up not only with its snarling V8 but a track-honed chassis.

AMG was born on the track, starting off building engines for racing in the late 1960s before it built the iconic Mercedes-Benz 300SEL (affectionately known as the Red Pig) for the ‘71 Spa 24 Hours. It kick started a partnership that has seen AMG evolve from an independent aftermarket specialist to Mercedes’ official, in-house performance division. The C63 Coupe is an important model for the range, so made a natural fit as the three-pointed star’s entry in the DTM from 2016 until 2018, when the brand quit the touring car category. Racing in the DTM allowed Mercedes to pit the C63 against its road-going rivals, the M4 and RS5 Coupe, on the racetrack; playing to the ‘Win on Sunday, sell on Monday’ adage.

While a four-cylinder turbo may be coming in the future, it’s worth noting that this engine is – technically-speaking – AMG’s attempt to ‘downsize’ its engines in the name of efficiency. This 4.0-litre twin-turbo V8 replaced a 6.2-litre naturally-aspirated V8, so it reduced capacity and added forced induction. 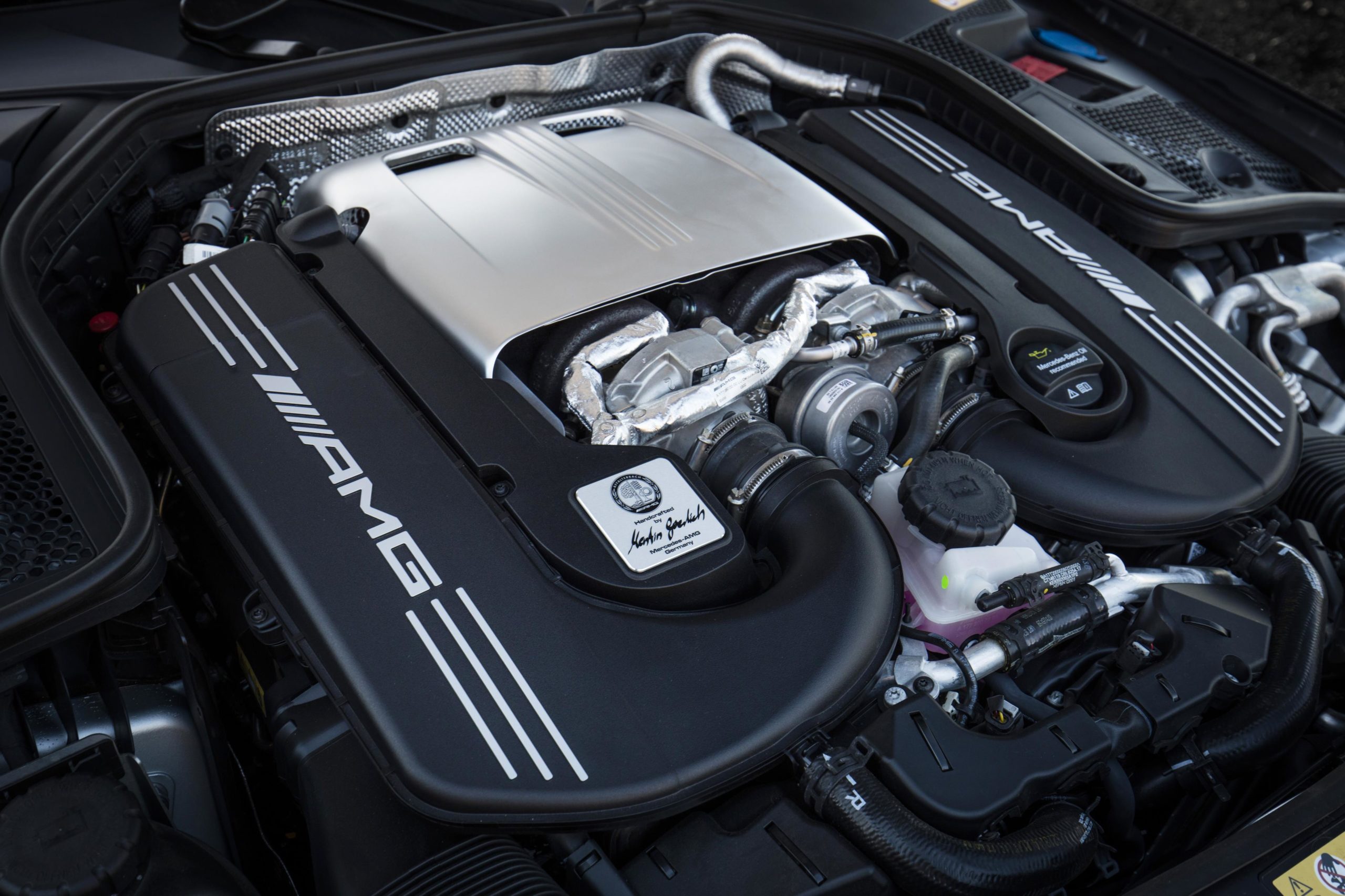 Naturally, though, it’s still a monstrously powerful engine, punching out 375kW of power and 700Nm of torque. To get that grunt to the road the engine drives through a nine-speed automatic transmission to the rear wheels.

It feels like a monster on the road too, with so much power on tap the C63 has the ability to shove you back in your seat whenever you put your right foot down. It also makes a glorious noise when you do it, a throaty V8 growl that perfectly suits the character of the car. At a time when car makers are making efficient but increasingly bland cars, there’s something special about the sometimes raw and untamed nature of the C63.

Make no mistake, this isn’t a blunt instrument and it does have the ability to play it cool during your daily commute. But when you do want to unleash it and really have some fun, the C63 is ready, willing and able to provide the thrills.

In the earlier days AMG could be guilty of spending too much time on the engine and not enough of the chassis. These days, though, the ride and handling gets just as much attention as what’s under the bonnet, and as a result the C63 is a great car to drive in any situation. The flared wheel arches not only give it a tough, muscular appearance, but also allow for bigger wheels and tyres to be fitted (245/35 ZR19 at the front and 265/35 ZR19 at the rear) which help provide excellent grip and traction.

Every aspect of the C63 feels well sorted – the steering is sharp, direct and has meaningful weighting; the ride is firm but controlled and the chassis responds with a finesse and precision of a smaller machine.

The short answer is anywhere – the C63 S Coupe is equally at home on road or track. But if I had to pick one piece of tarmac it would probably be the Great Alpine Road, the sinuous ribbon of blacktop that takes you from rural Victoria up to the state’s picturesque ski resorts; including Mt Hotham. 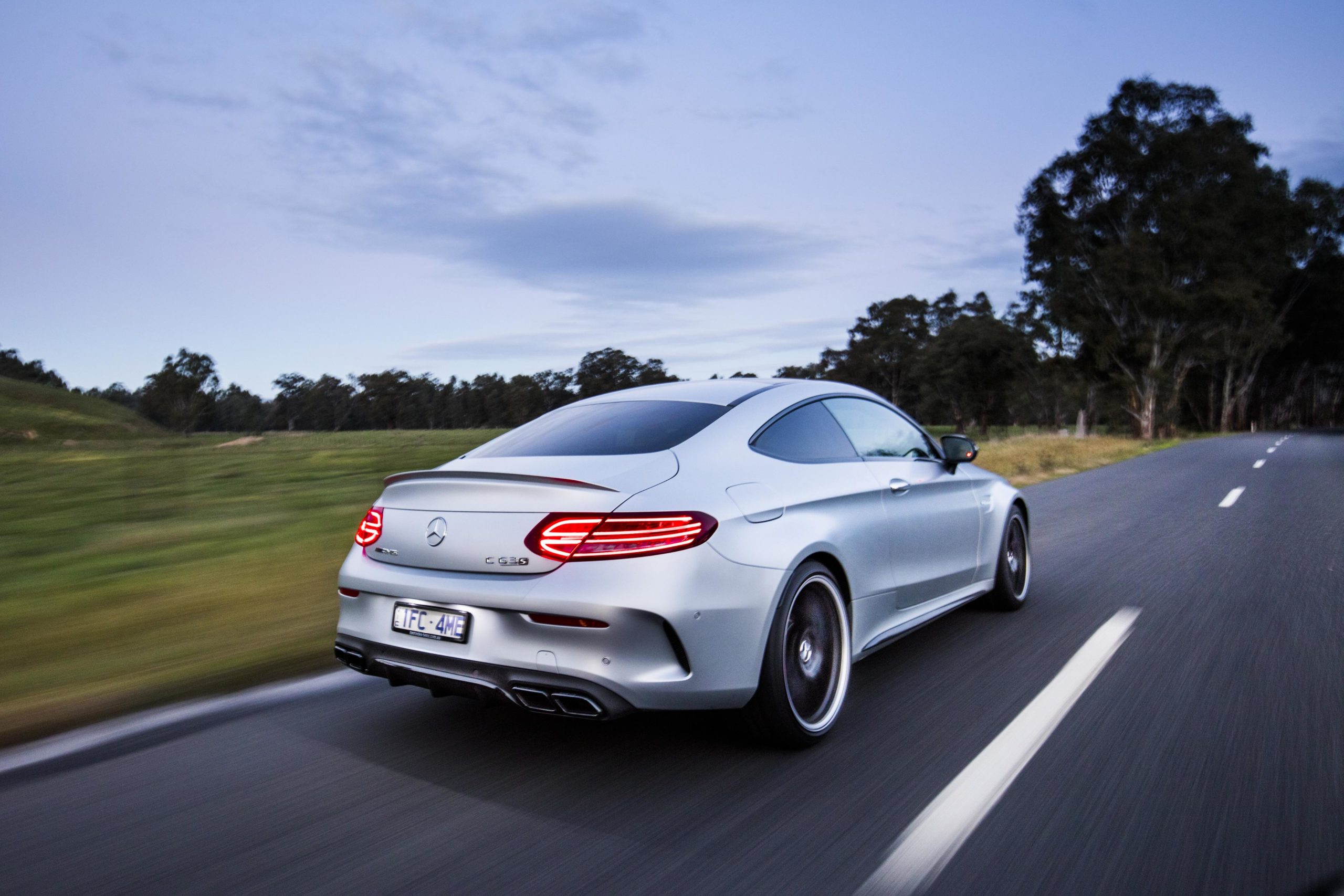 The Great Alpine Way would make an ideal road trip in the C63, providing a test of both power and handling (and driver’s concentration, because there’s no margin for error on the narrow mountain roads) that the AMG would thrive in.

It’s what you’d expect in a car like this – a blend of sportiness and luxury. For example, the seats are excellent body-hugging buckets but they’re trimmed in high-quality leather and beautifully stitched. The steering wheel is another highlight, it’s thick-rimmed so it feels solid in your hands, and there’s Alcantara on the sides to help grip it nicely, but leather on the top and bottom for the premium touch.

There’s carbon fibre trim elements too, so overall the feeling inside is an ideal blend of Mercedes’ luxury reputation and AMG’s sporty heritage.

Priced from $171,035 (plus on-road costs) the C63 S Coupe sits above its most direct rivals, but is still competitively priced. The Audi RS5 Coupe is the most affordable of the ‘big three’ European sports coupes, priced from $150,900, while the incoming BMW M4 Competition is $159,000. That does leave the AMG close to some genuine sports car alternatives too, which would make your short-list quite interesting. For example, the Porsche Cayman GTS 4.0 starts at $172,000 and the Jaguar F-Type V6 can be had for $172,735. If you can stretch your budget the Nissan GT-R range kicks off at $193,800. Food for thought…

Most definitely. And not just because it’s likely to be the last purely petrol-powered V8 built by AMG. The C63 S Coupe is as good as a European sports coupe gets – it looks good, sounds great and drives hard.