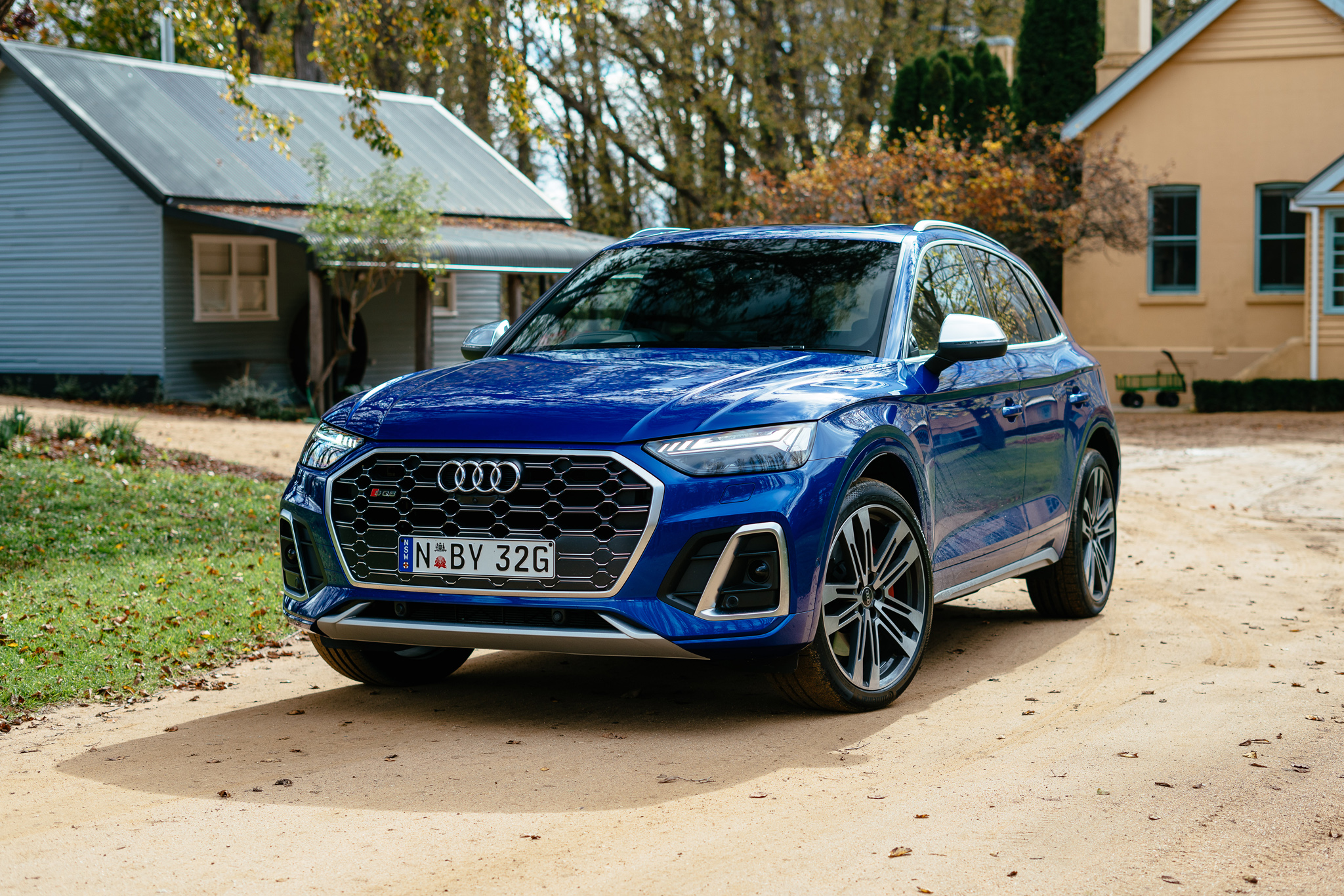 The long-awaited return of one of Australia’s most popular models. The SQ5 has been a success story for the German brand down under, especially so when equipped with its punchy turbo diesel engine.

During its first appearance (between 2013 and ‘17) the SQ5 TDI became – at times – the second best-selling individual model in the entire Audi range. Plus it accounted for more than one in five Q5 sales, such was its popularity. Unfortunately for the local operation, the aftermath of the Volkswagen emissions scandal delayed the arrival of the new TDI model, and it was forced to offer a petrol-powered SQ5 TFSI which wasn’t quite as popular.

Audi Australia was so desperate to bring the SQ5 TDI back it offered a very limited edition model at the end of 2020, even when just 240 cars were available (which were all snapped up). Now in 2021 the facelifted Q5 range has arrived, and with it comes the new SQ5 TDI. Importantly all the key ingredients that made it so popular in the past are retains – powerful turbo diesel engine, sporty handling and a muscular appearance. 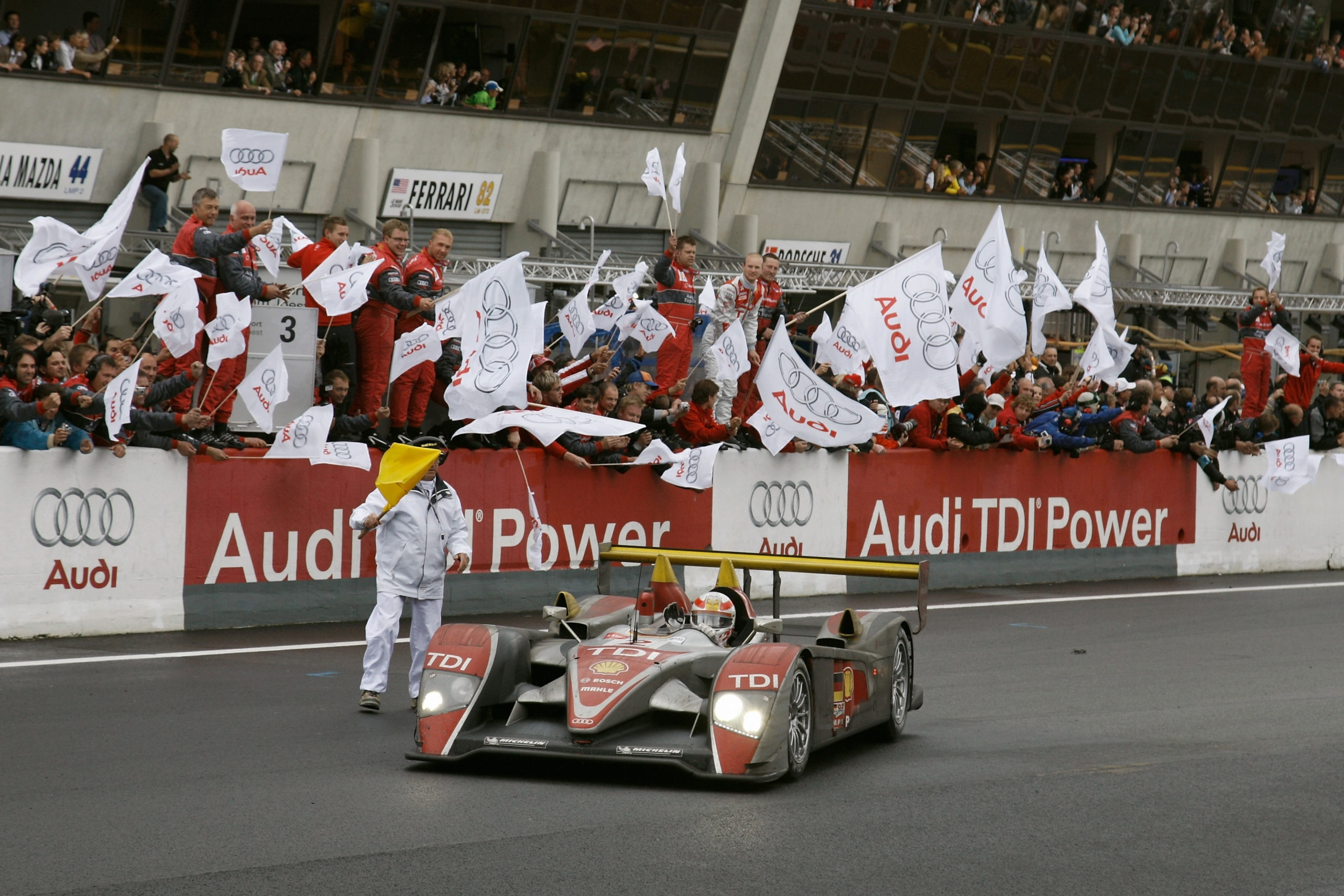 While a diesel-powered SUV may sound very far from a racing car, the truth is the SQ5 TDI is a direct result of Audi’s successful Le Mans campaign with turbo diesel technology. Up until the R10 TDI in 2006, diesel was seen as an engine for efficiency, to be primarily used in large off-roaders and the like. But by demonstrating on the racetrack that diesel could be both efficient and high-performance, it opened the door to the likes of the SQ5 TDI and other sporty diesels. 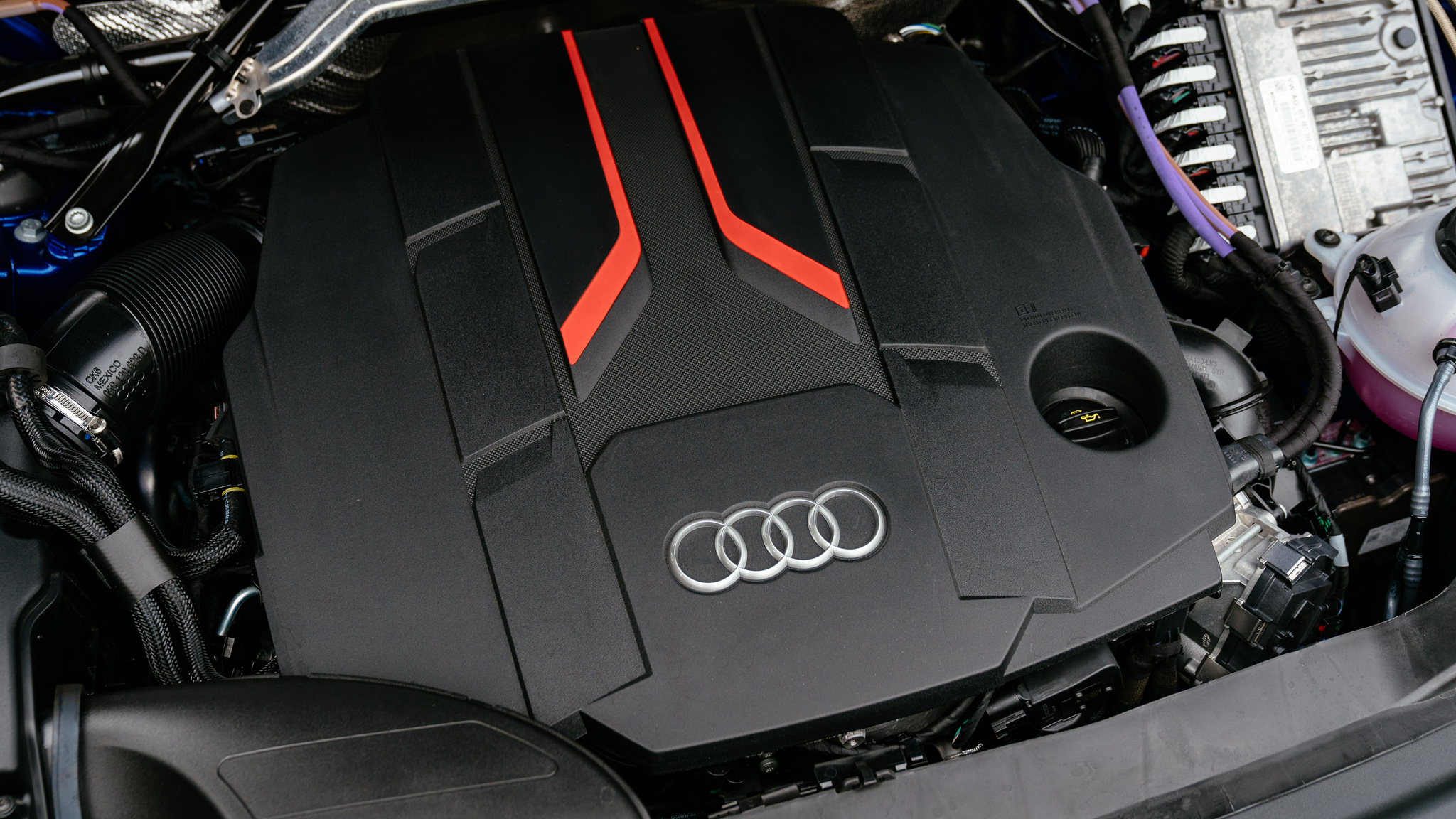 What’s impressive about this latest iteration of the engine is it manages to up performance with one less turbocharger. Whereas the original SQ5 TDI used a pair of turbos, this latest version combines a conventional turbocharger with an ‘electric turbo’ or, as Audi calls it officially, electric powered compressor (EPC). The EPC is a small unit capable of spinning at very high speed (up to 65,000rpm) which is integrated into the air intake system to force air into the actual turbo to reduce lag and improve performance and driveability, and not just off the mark but across a broad rev range.

The EPC is powered by the car’s 48-volt electrical system that includes a small lithium-ion battery and also powers a belt alternator starter (BAS), to make the SQ5 a mild-hybrid. The 48-volt system is able to recover energy when slowing down and use that to shut off the petrol engine and coast, saving more fuel.

But buyers don’t love the engine for its technology, it’s the way it drives that’s really the heart of the appeal. Peak torque comes on stream at just 1750rpm, so the SQ5 pulls hard right from the get-go. Despite being a comfortable five-seat SUV, Audi claims it will run 0-100km/h in just 5.1 seconds. It feels quick on the road too, with extra speed coming with ease whenever you squeeze the throttle down.

The other thing it does well is sound like a sporty engine, albeit with some technical trickery. The SQ5 TDI uses what the company calls ‘sound actuators, which includes speakers mounted outside the vehicle to emit a more refined and purposeful exhaust note.

Performance in a straight line is one thing, and easily achieved with a suitable engine, but Audi Sport insists all of its models must be just as capable in the corners – even if it’s an SUV. which is why the SQ5 comes equipped with S sport suspension that comes with adaptive dampers and lowers the ride height by 30mm, as well as a permanent all-wheel drive system. 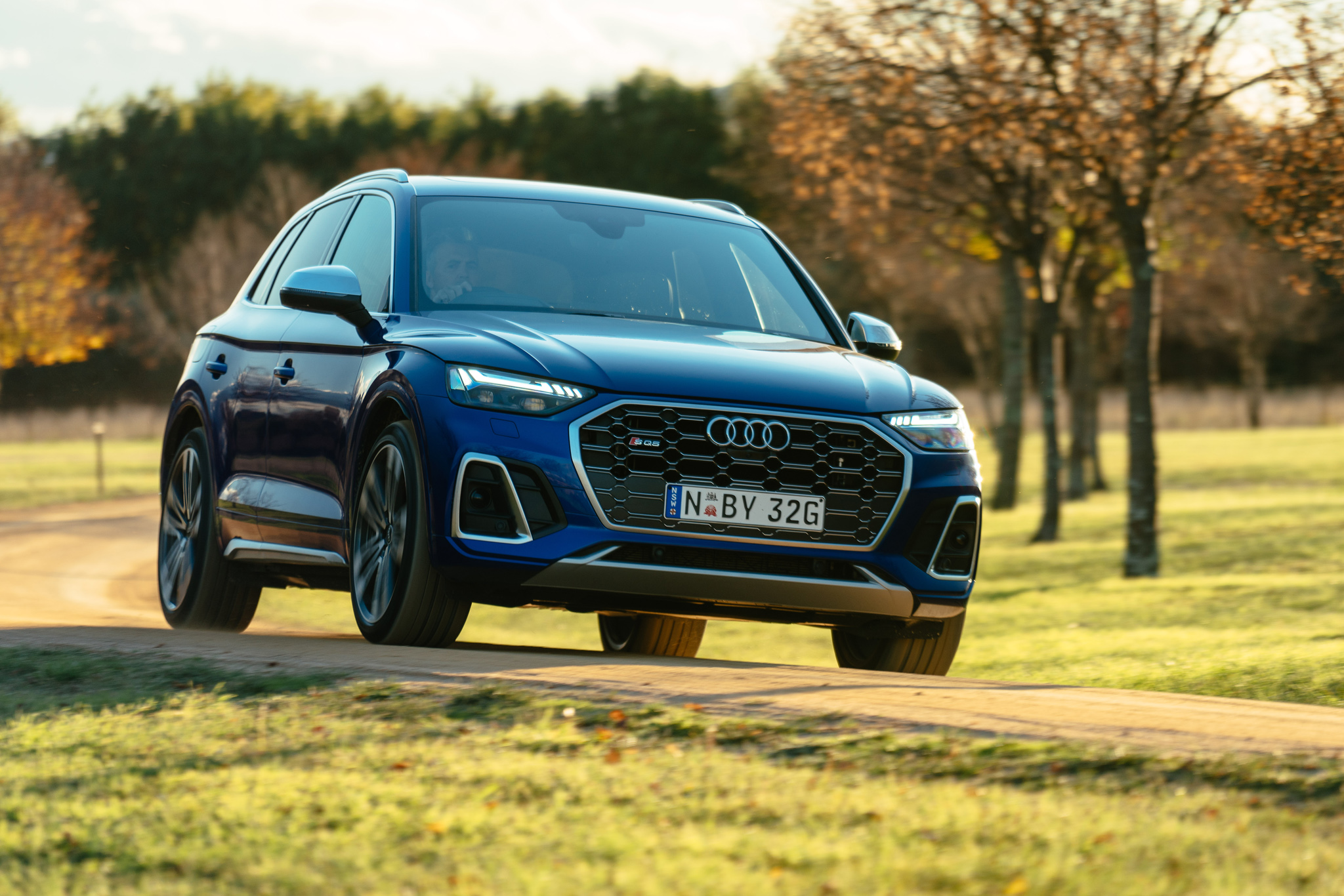 There’s a variety of driving modes that are controlled via the Audi drive select switch, and while it’s comfortable around town, what you really want to know is how it copes when you throw it at some corners. Which we were able to do at the recent launch, where we drove it along the same stretch of the Kings Highway in country New South Wales.

The run across the Monga National Park mountains proved an ideal test for the SQ5’s abilities and it performed admirably. In the ‘Dynamic’ setting the steering is nicely weighted and accurate, which is an area Audi has worked to improve in recent years, while the suspension is relatively taut and offers good body control with minimal lean.

The ‘quattro’ all-wheel drive system includes a self-locking centre differential that can direct up to 60 per cent of drive to the rear wheels when needed, so it doesn’t suffer from torquesteer when you unleash the V6 exiting corners. In fact, the combination of the responsive and predictable handling with the punchy engine makes for a genuinely enjoyable driving experience in something that can also pull duties as the family wagon.

While I’d stop short of calling it a track car, there really aren’t too many spots I wouldn’t like to drive the SQ5. Another major element of its appeal is its breadth of capability – it’s a luxury car, family-friendly SUV and performance machine. It’s just as nice to drive around town as it is on the open road. It’s a lot like what you expect to find in a range-topping Audi, style and luxury. The latest Q5 has been given some minor changes for 2021 and the SQ5 is included in that. 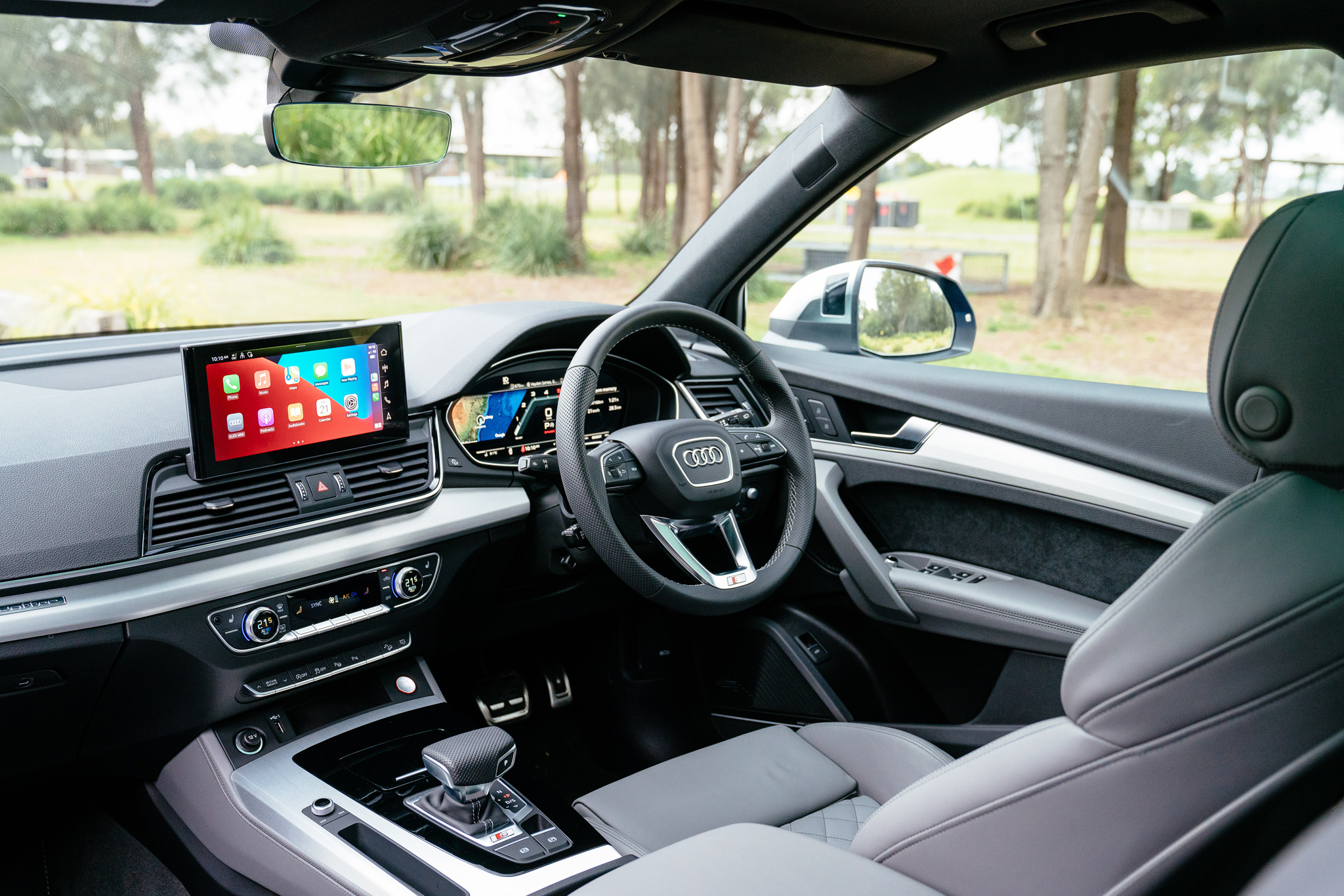 The big ticket item is the infotainment system, which not only has new software but a new 10.3-inch screen; which sits proudly atop the centre fascia. The new system incorporates a ‘smartphone-style’ voice command system that allows you to ask questions by saying “Hey Audi” and have the car answer back.

The hi-tech new infotainment system joins the 12.3-inch digital instrument cluster in giving the SQ5 a suitable modern look and feel. The display on the screen can be altered via buttons on the steering wheel and switching to ‘Dynamic’ mode gives you a more focus display with a larger tacho.

As nice as it is, there’s still room for improvement and Audi could add more lateral support to the leather-wrapped seats, just to hold you more tightly when cornering with enthusiasm.

The returned SQ5 TDI starts at $104,900 (plus on-road costs) which is competitive against similar sporty SUVs, but both BMW and Mercedes-Benz have stuck with petrol power. The nearest rivals are the BMW X3 M40i, which is priced from $113,900, while the Mercedes-AMG GLC43 starts at $115,000. 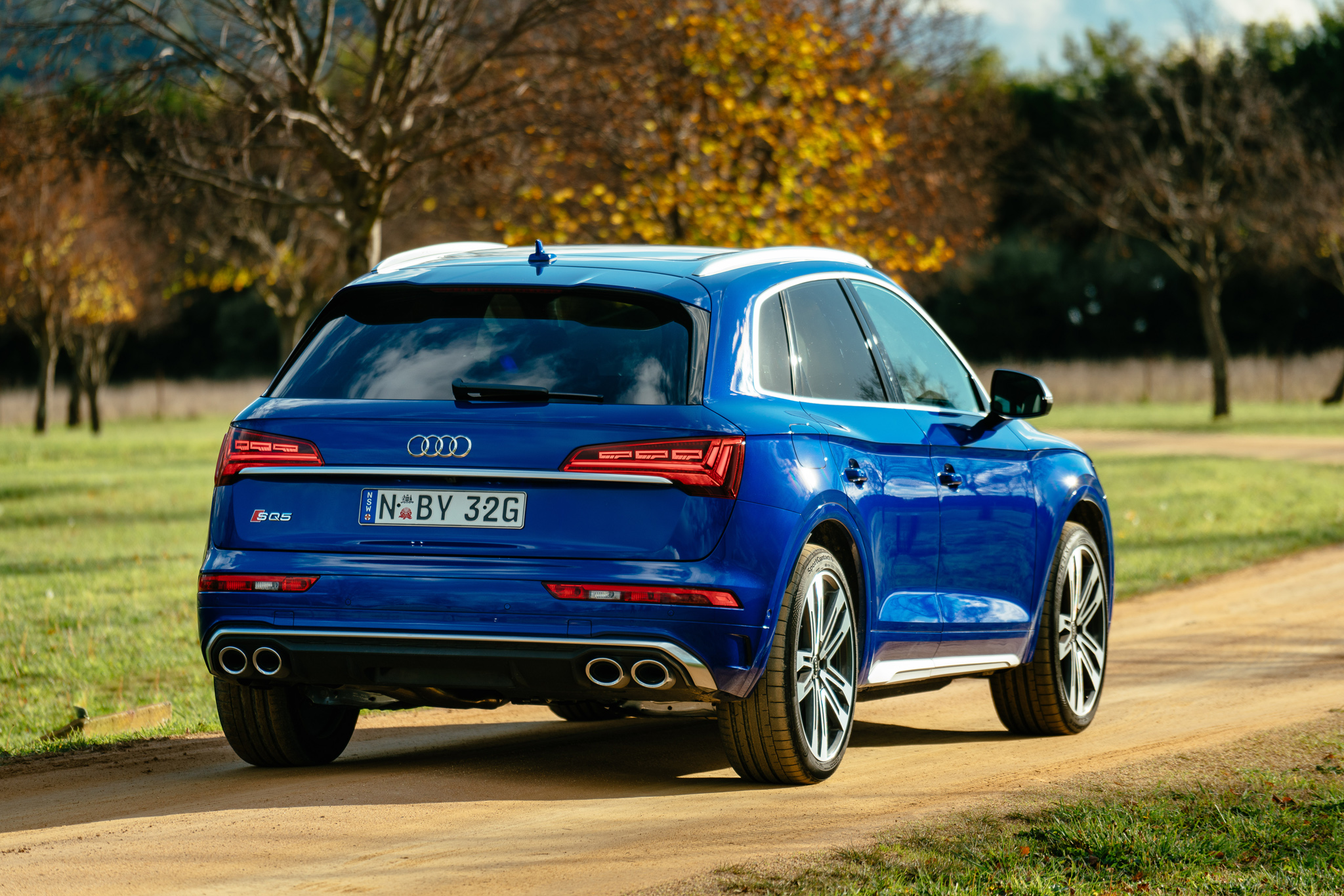 I’d be happy to join the crowd of SQ5 owners, because it’s such a good all-rounder. It would make a great family car for those who need to take people in the back on a regular basis but also enjoy a spirited drive when the time comes.

While the old petrol engine SQ5 was fine, the extra torque of the diesel does make the TDI the better option so it’s understandable why Audi Australia worked hard to bring it back.