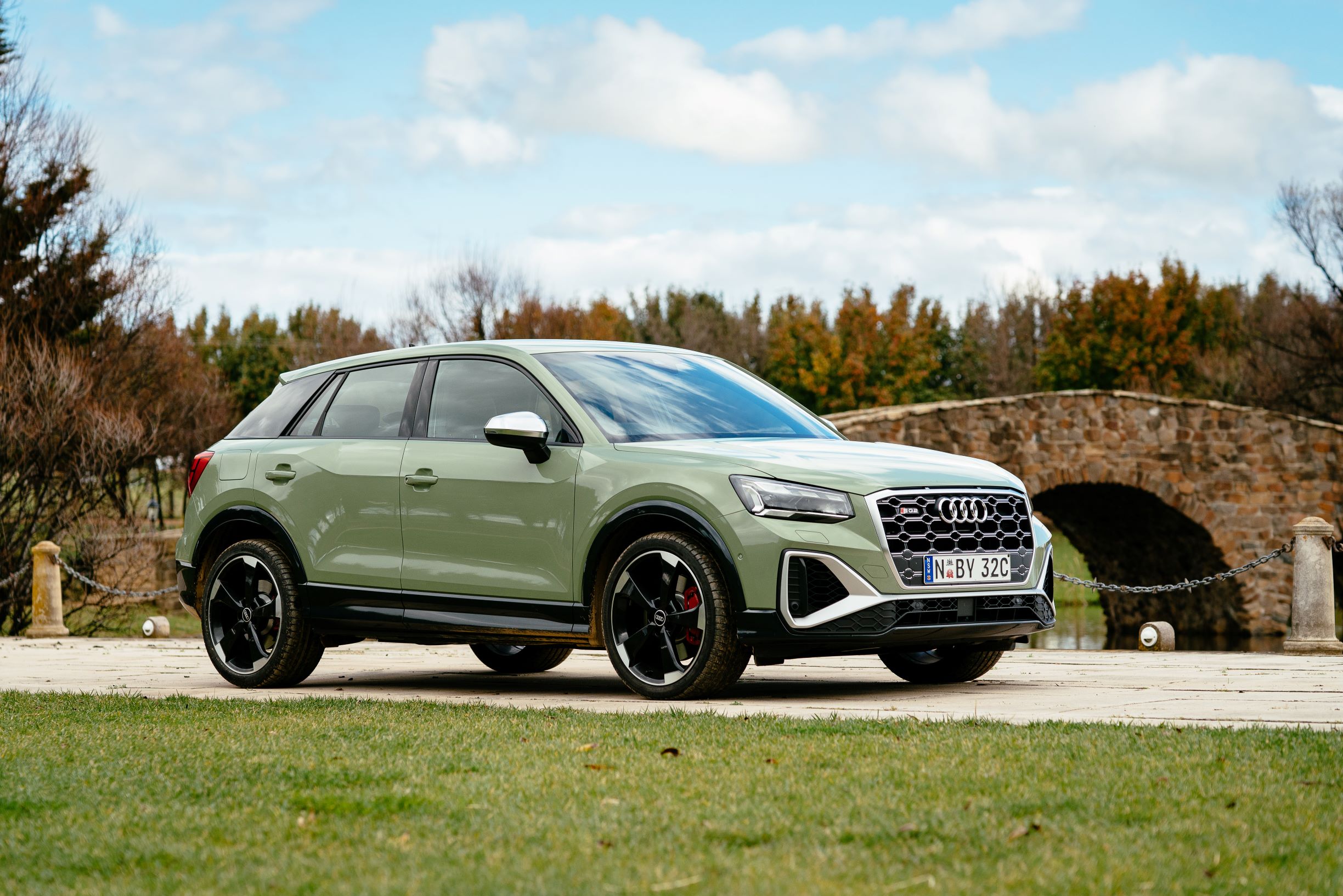 Another addition to Audi’s seemingly ever-expanding line-up as our love of luxury and performance cars shows no sign of wavering. This is the smallest sporty SUV, the SQ2, but it joins a long list of hot high-riders from the four-ring brand – RSQ3, RSQ3 Sportback, SQ5, SQ7, SQ8 and RSQ8.

In reality the SQ2 is more closely related to a hot hatch than any of its SUV siblings. That’s because underneath is angular but stylish exterior is the same powertrain you’ll find in an Audi S3 – 2.0-litre turbocharged petrol engine, seven-speed dual-clutch transmission and ‘quattro’ all-wheel drive.

Is it a worthy addition or unnecessary extra? We sampled it to find out.

The S2 nameplate has some serious heritage within the Audi Sport family – the stocky coupe was built in the early 1990s as an evolution of the famous Quattro. But aside from the matching letters, the two have very little in common aside from family lineage. The SQ2 may never have seen the track in anger, but elements of the car are steeped in motorsport. Specifically the engine, the Volkswagen Group’s dependable ‘EA888’ sees service in the SQ2, S3 and Volkswagen Golf R and Golf GTI. Which means it’s the basis for the engine you’ll find in the Golf GTI and Audi RS3 LMS TCR racers.

While the 2.0-litre four-cylinder turbocharged petrol engine will be familiar to Audi and VW fans, it has a new party trick in the SQ2 – more power. Previously Australia had been deemed a ‘hot climate’ country by the big wigs in Germany, as such our engines weren’t running to their full potential. Thankfully that designation is gone and more performance has been unlocked for the EA888, with the SQ2 making 221kW of power and 400Nm of torque. 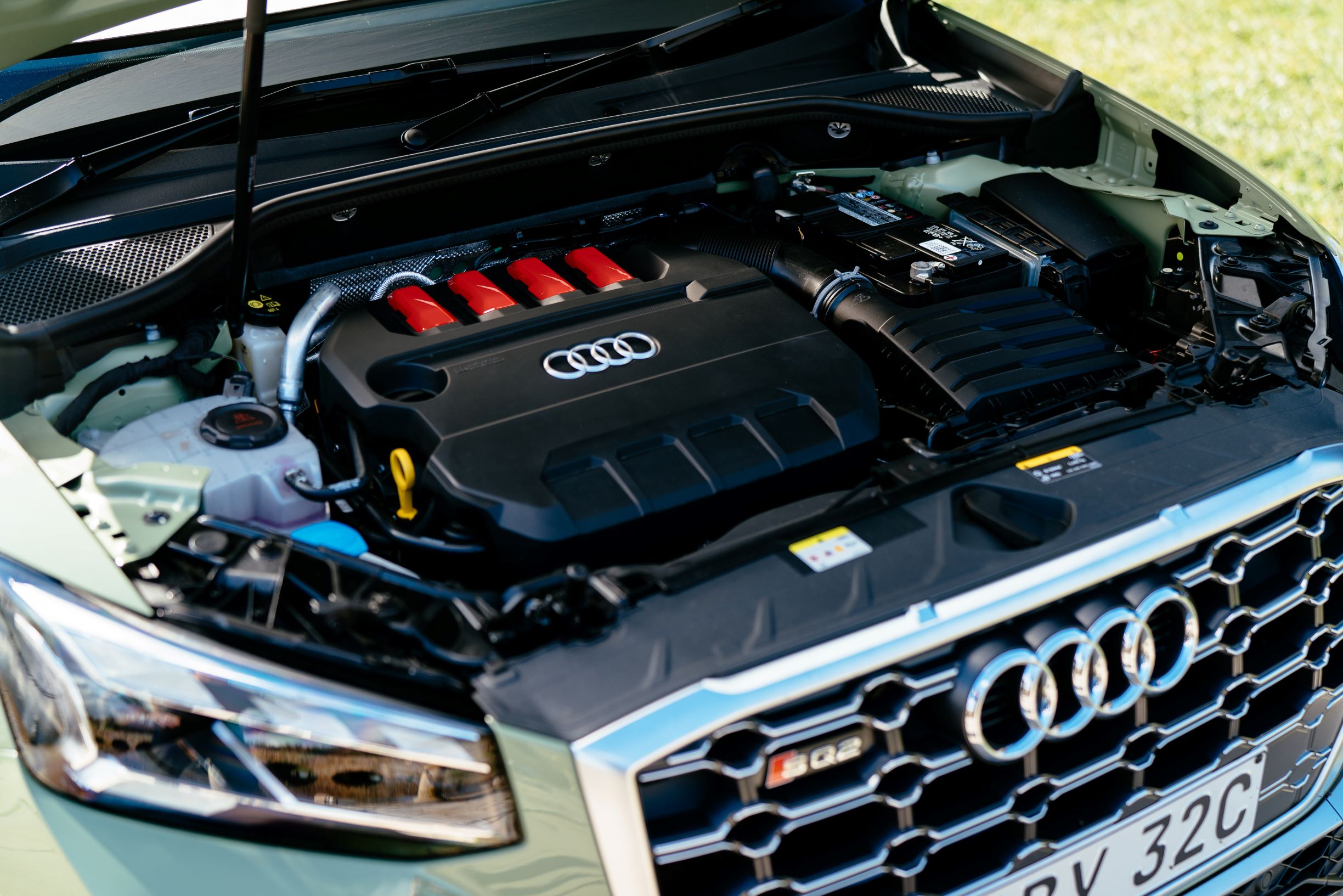 It sends that power to all four-wheels via a seven-speed gearbox, making it a genuine high-riding hot hatch.

There’s a reason why this engine has served VW Group across so many models – it’s a good engine. It was already a punchy powerplant and the extra grunt makes it feel even stronger (unsurprisingly). Squeeze the throttle and the SQ2 has the kind of surge you expect from a traditional hot hatch, making it feel responsive and eager.

It’s not just a seat-of-the-pants feeling either, with the 0-100km/h claim from Audi an impressive 4.9 seconds.

Given its similarities to the S3 Sportback it’s not a complete surprise that the SQ2 feels very similar on the road, albeit with some compromises thanks to its taller body.

While obviously sitting higher off the road than the S3, the SQ2 rides on S sports suspension which is 20mm lower than the rest of the Q2 range. It misses out on adaptive dampers but does get a unique tune for a sportier feeling on the road. 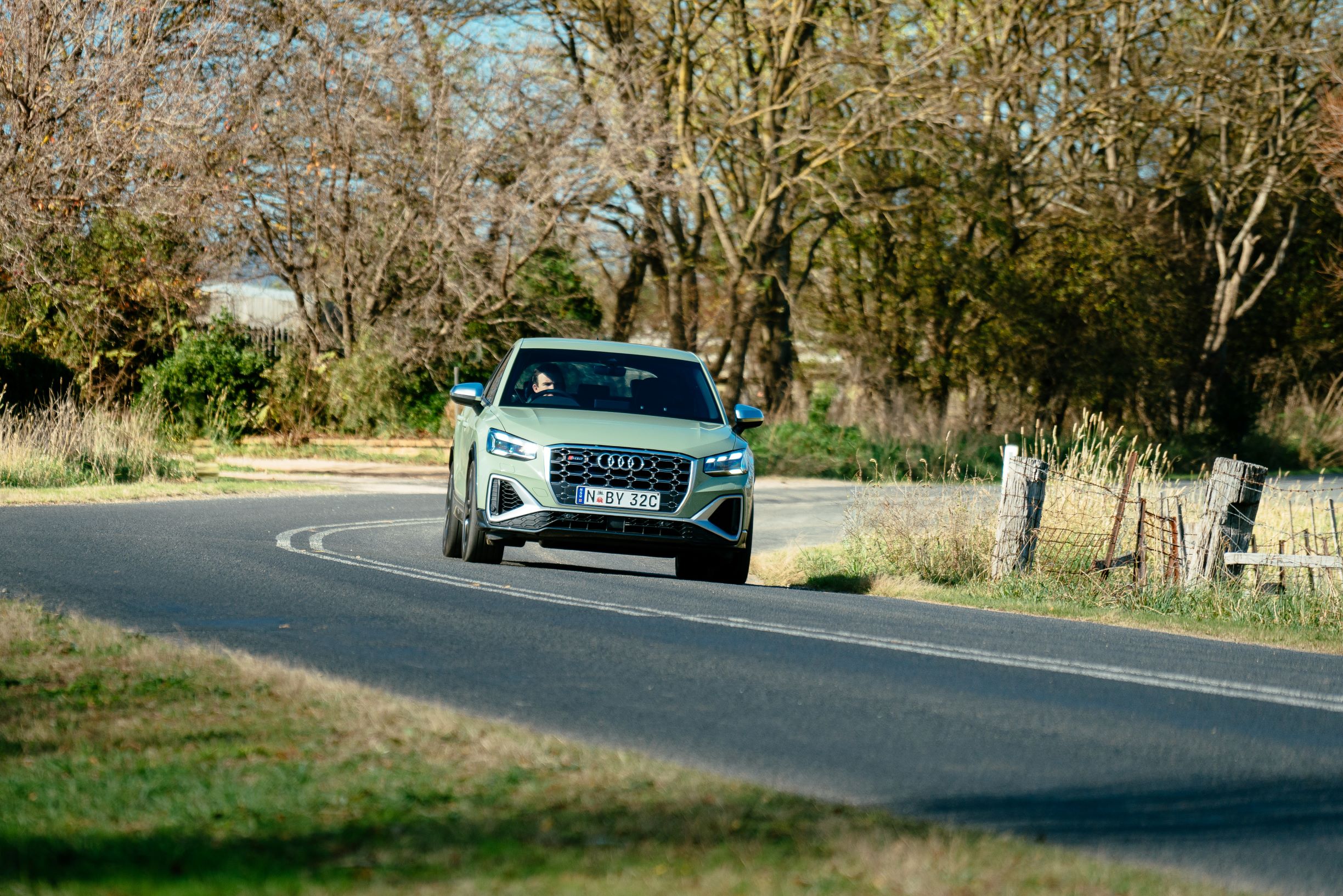 Driving it back-to-back with the standard Q2 the difference between the two is obvious. The SQ2 feels more dynamic, tackling corners with eagerness. The steering is accurate and responsive, allowing you to place the car with ease.

However, you do notice more lean when you tip it into a corner because of the taller body than you would in a traditional hot hatch. It means that if you’re really focused on performance the A3 Sportback or Sedan (which will be replaced by a new model before the end of 2021) is the go, but the SQ2 does combine fun and SUV style well.

Like the S3/Golf R, firing out of corners does take some care because although it’s got quattro, it’s the Haldax all-wheel drive system that’s front-wheel biased so can slip into torque-steer if you really push it.

Audi’s launch drive for the SQ2 took us along a stretch of the Kings Highway in New South Wales, between country Braidwood and coastal Batemans Bay. The run up and over the mountains of Monga National Park proved a good test of the SQ2’s performance and highlighted what a good chariot it would be for a long weekend road trip. 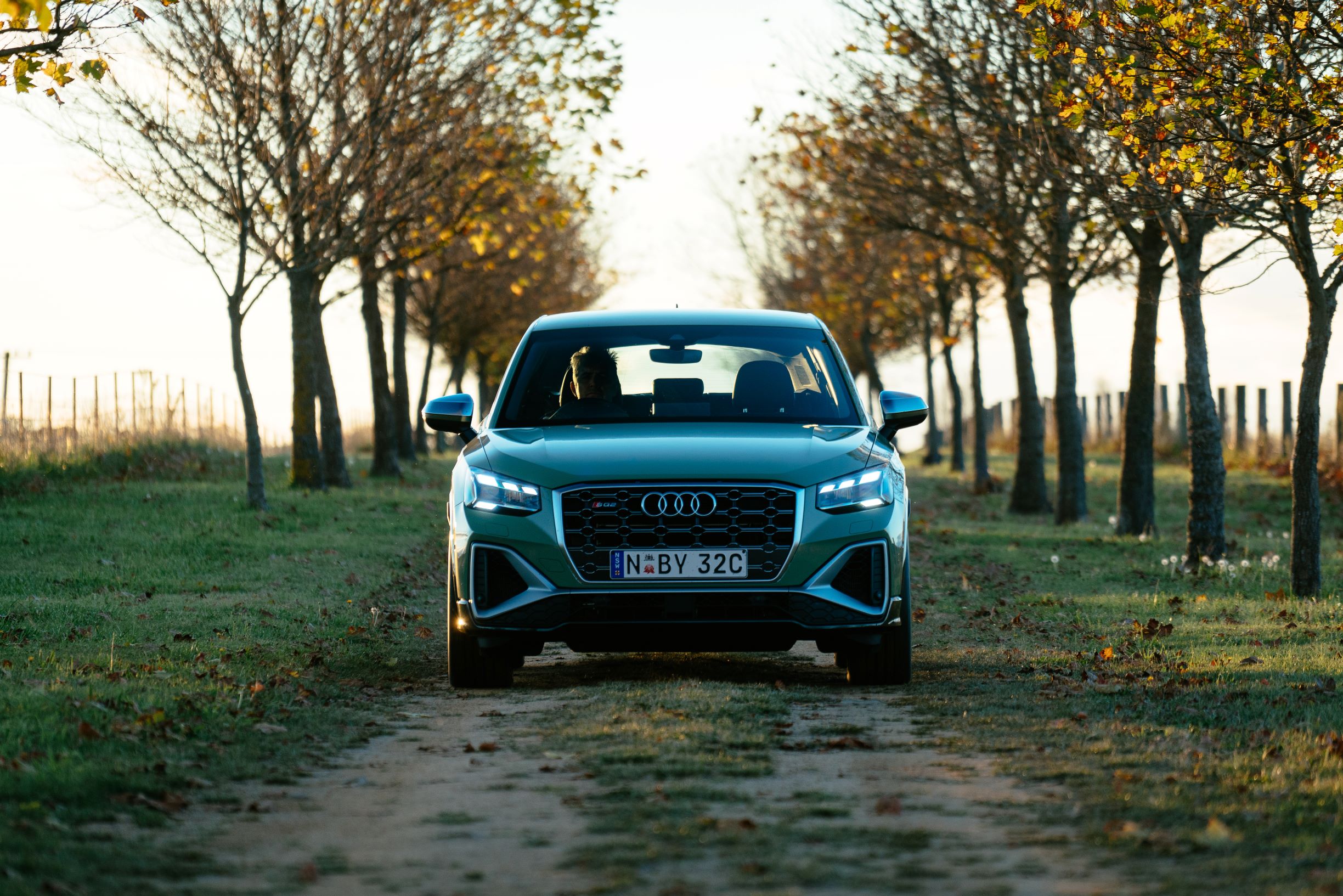 I’ve written it before but I’ll type it again – Audi does great interior design. While the Q2 was first launched back in 2016 and is now the brand’s previous cabin design, it remains stylish and they have updated key elements. Chief amongst those is the infotainment system, which now has an 8-inch screen running upgraded software. 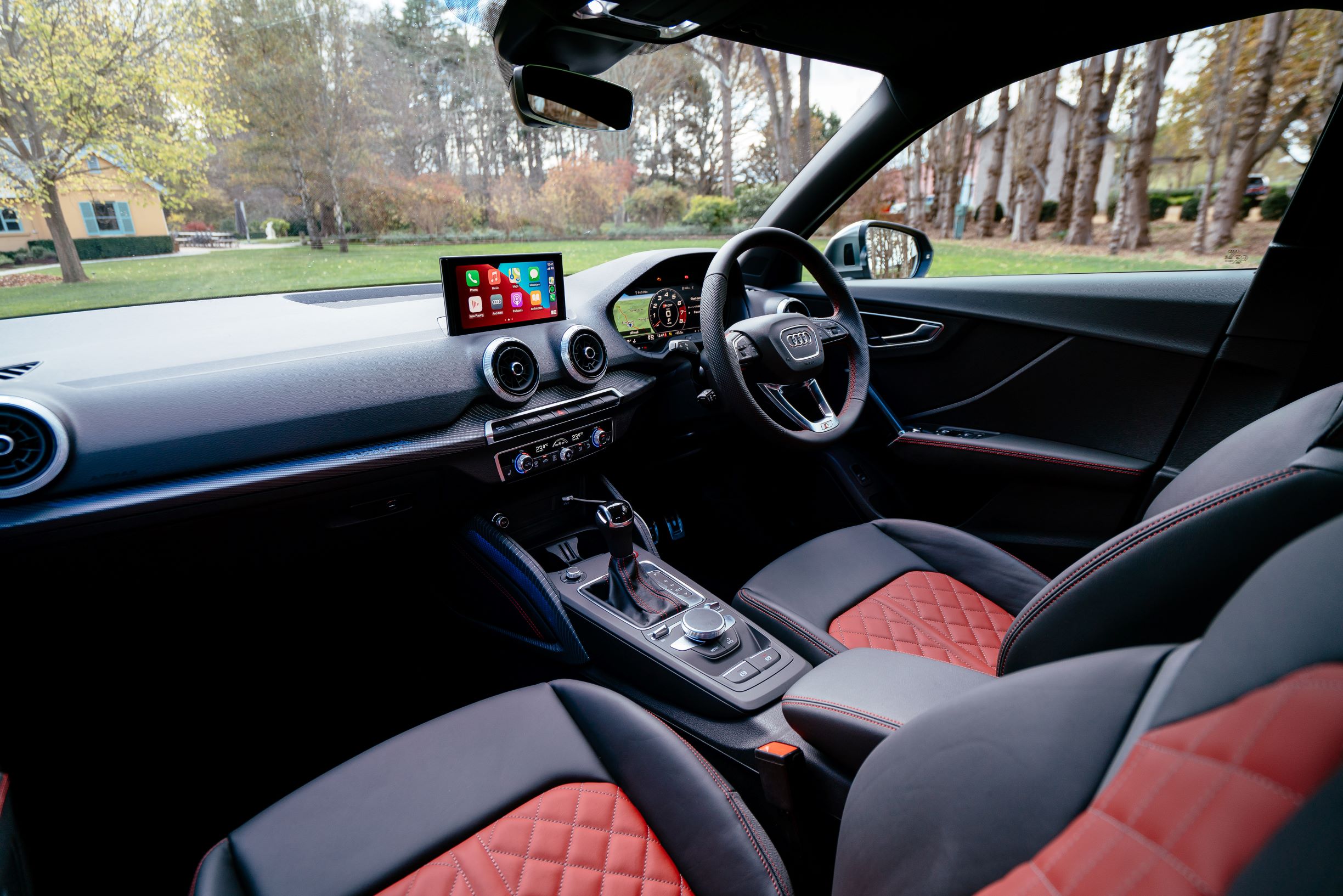 The overall design is cohesive and well thought out, with all controls falling to hand. It’s also suitably sporty for an ‘S’ model, with a thick-rimmed, leather-wrapped steering wheel, digital instrument panel and supportive seats.

The seats are finished in two-tone black-and-red leather as standard, but if it’s too much for you, Audi offers an all-black presentation instead (for no extra cost).

Given the combination of style, sophistication and performance the SQ2 offers up I’d say it makes a strong value argument for itself. 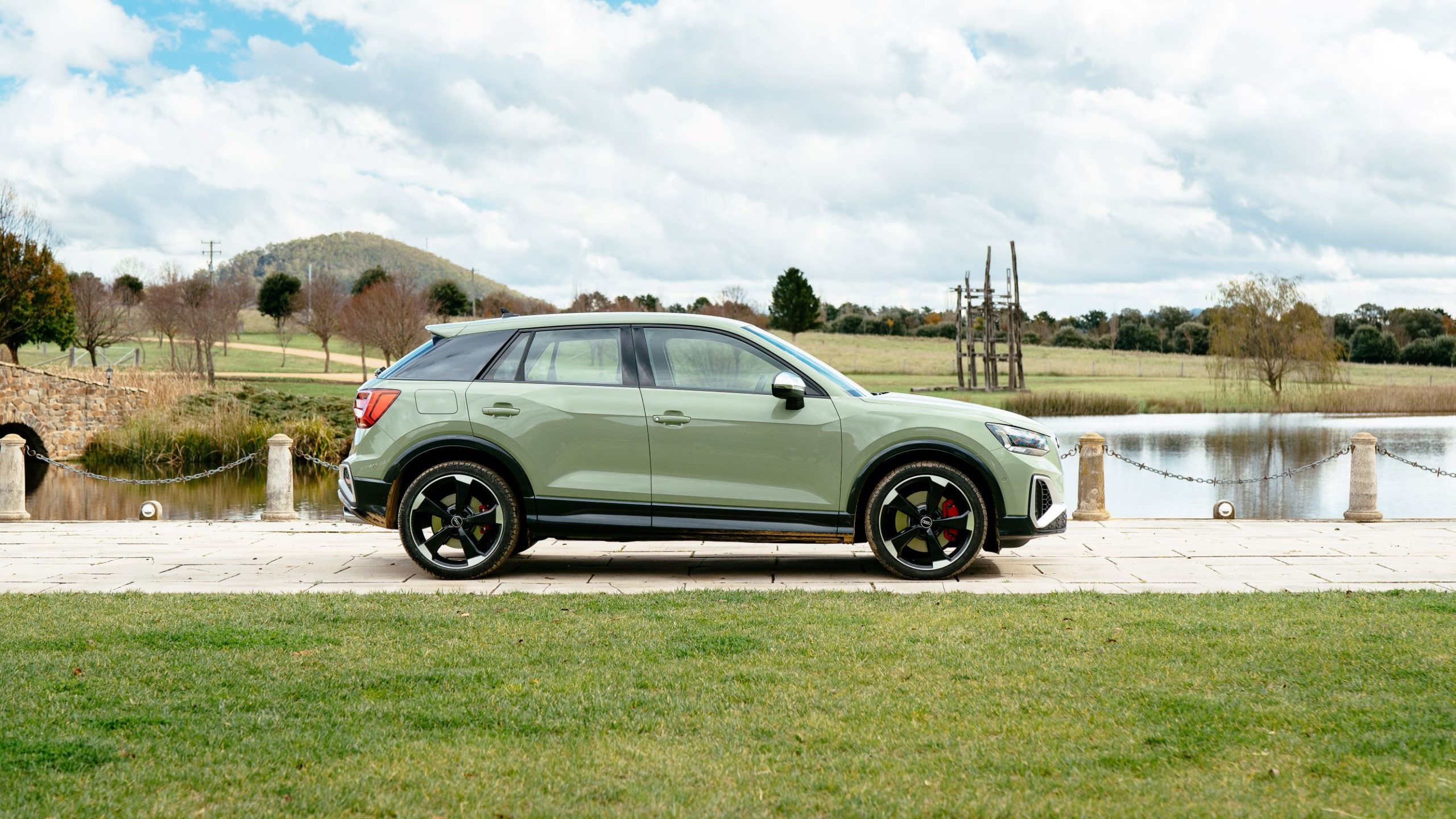 At the beginning I questioned whether the SQ2 was a worthy addition or unnecessary extra to Audi’s bustling showrooms. The answer is most definitely the former, it fills an important gap in the line-up in what is a growing market for the likes of Audi, BMW and co.

The SQ2 isn’t just a gap filler though, it’s an impressive and engaging SUV with a dynamic edge.