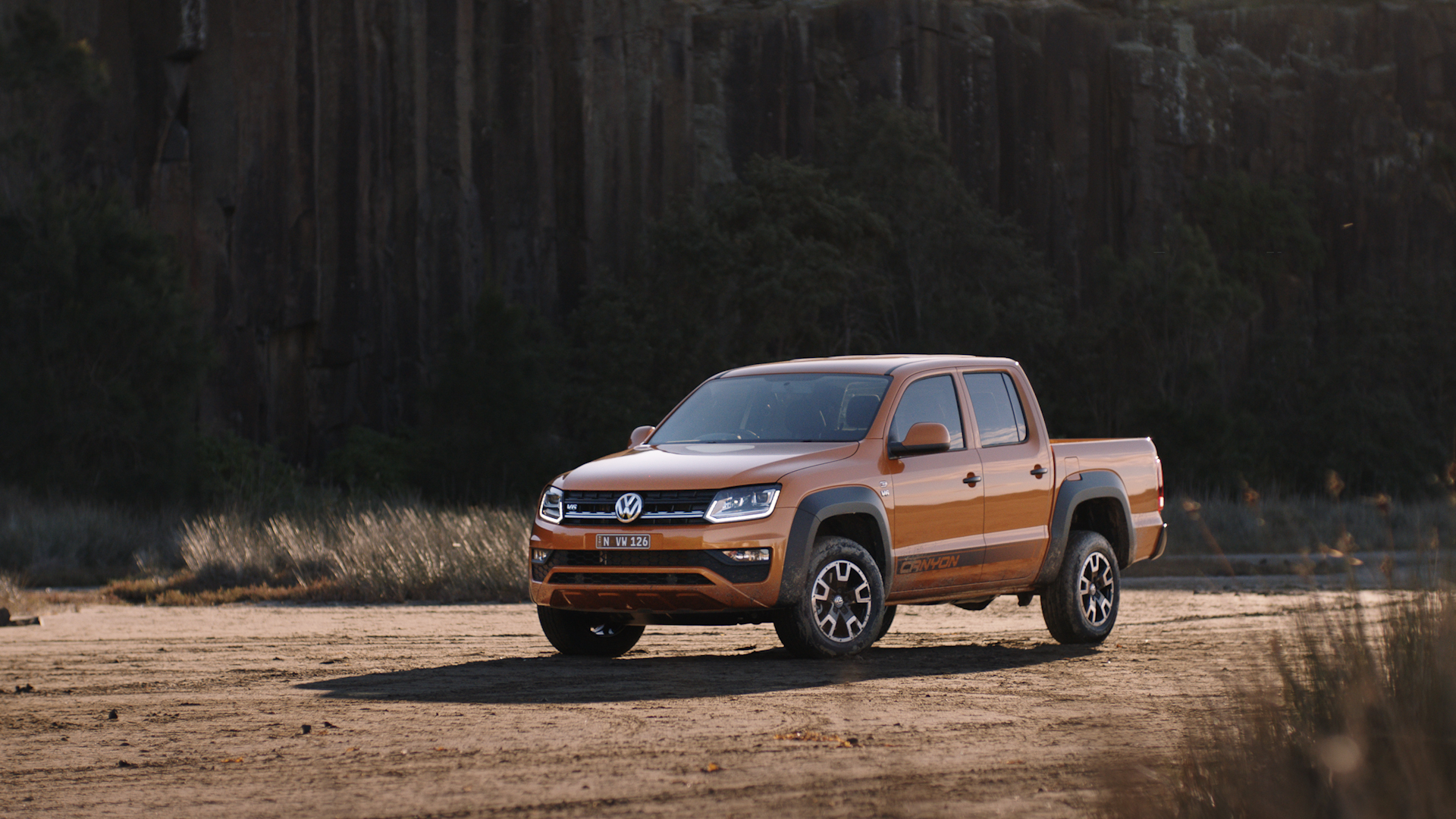 A ute with the heart of a Porsche. When Volkswagen entered the ute market back 2009 it was the first European brand to get serious about the booming dual-cab market. But as efficient as its four-cylinder engines were they failed to capture buyer’s hearts.

So in 2016 VW added some muscle and introduced the Amarok V6, a 3.0-litre turbo diesel engine that shares a lot in common with what you used to find under the bonnet of a Porsche Cayenne or Audi Q7. It not only meant more power, but also helped drive more sales and allow the German machine to stand out in the intense ute competition. Surprisingly, yes. In order to help promote the performance of the Amarok V6, which boasts a sports car-like 550Nm of torque, Volkswagen created the ‘Big Bad Wolf’ for a World Time Attack demonstration.

Built by a team of Volkswagen apprentices the track-spec Amarok by stripping weight, adding Bilstein dampers, AP Racing brakes and semi-slick Michelin rubber – but left the engine stock. It ended up lapping Sydney Motorsport Park two-seconds quicker than a Golf GTI, and went on to lap Mount Panorama in 2:57secs – not bad for a vehicle that can fit a trade pallet in the back.

The star of the show is the V6. As mentioned earlier it’s a 3.0-litre turbo diesel unit that makes 165kW of power and 550Nm of torque, but it can actually make 180kW of power for short periods on overboost. Put simply, this is a quick ute.

There’s excellent low-range shove when you get off the mark, particularly when you’re not carrying any weight in the tray, and it keeps pulling strongly through the middle of the rev range. While Volkswagen Australia has managed to convince its German bosses to build a manual-equipped V6, this Canyon variant we tested came standard with an eight-speed automatic. That means it has plenty of ratios to spread out all that torque so it comes on smoothly and stays steady and flexible.

As far as ute powertrains go, this is the benchmark. As good as the engine is, the other aspect of the Amarok that stands out even amongst its better-selling peers, is its chassis tuning. Until the (more expensive) Ford Ranger Raptor came along with its high-quality, Baja-tested Fox shocks, the Amarok was the class of the ute field in terms of ride comfort and handling.

While it may not be the top of the segment anymore, it’s still a close second and rides with a level of comfort and composure (with or without a load in the tray) that few of its rivals can come close to.

The steering is another high point, offering the direct of lighter weighting and direct feedback you typically find in an SUV rather than a ute; which tend to have slower, heavier steering feel.

The biggest compliment I can pay the Amarok is that I’d be happy driving it any day of the week. Despite the increasing popularity of utes as every day family transport, in truth most of them are hard work to live with – heavy steering, choppy ride, and loud diesel engines – but not the Amarok. It’s quieter, quicker and comfier than most, and while not as refined as an SUV and passenger car, it does a respectable job while offering the practical benefits of a ute. It’s got the same clean, efficient German design you expect from Volkswagen, but the finish and the materials are hard-wearing as you’d expect from what is ultimately a commercial vehicle.
The biggest criticism of the cabin is the lack of rear curtain airbags. While the Amarok scores a five-star ANCAP safety rating, that predates the requirement for rear airbags to be fitted. So, if you plan on using the Amarok as family transport, or even regularly for work, then that should be factored into your decision-making process.

The limited edition Canyon V6 we drove was priced from $57,990 (plus on-road costs) which isn’t cheap for a commercial vehicle, but this isn’t an ordinary ute. While the Canyon includes a unique graphics package, VW is quick to point out that this special edition is more than just a ‘sticker kit’ for its asking price. It includes unique 17-inch alloy wheels, bi-Xenon headlights, unique seat trim and dark tinted tail lights. It’s on a short-list of utes that I could live with. The combination of the V6 engine’s torque and the well-sorted chassis make this one of the best utes on the market, even as it closes in on the end of its life.