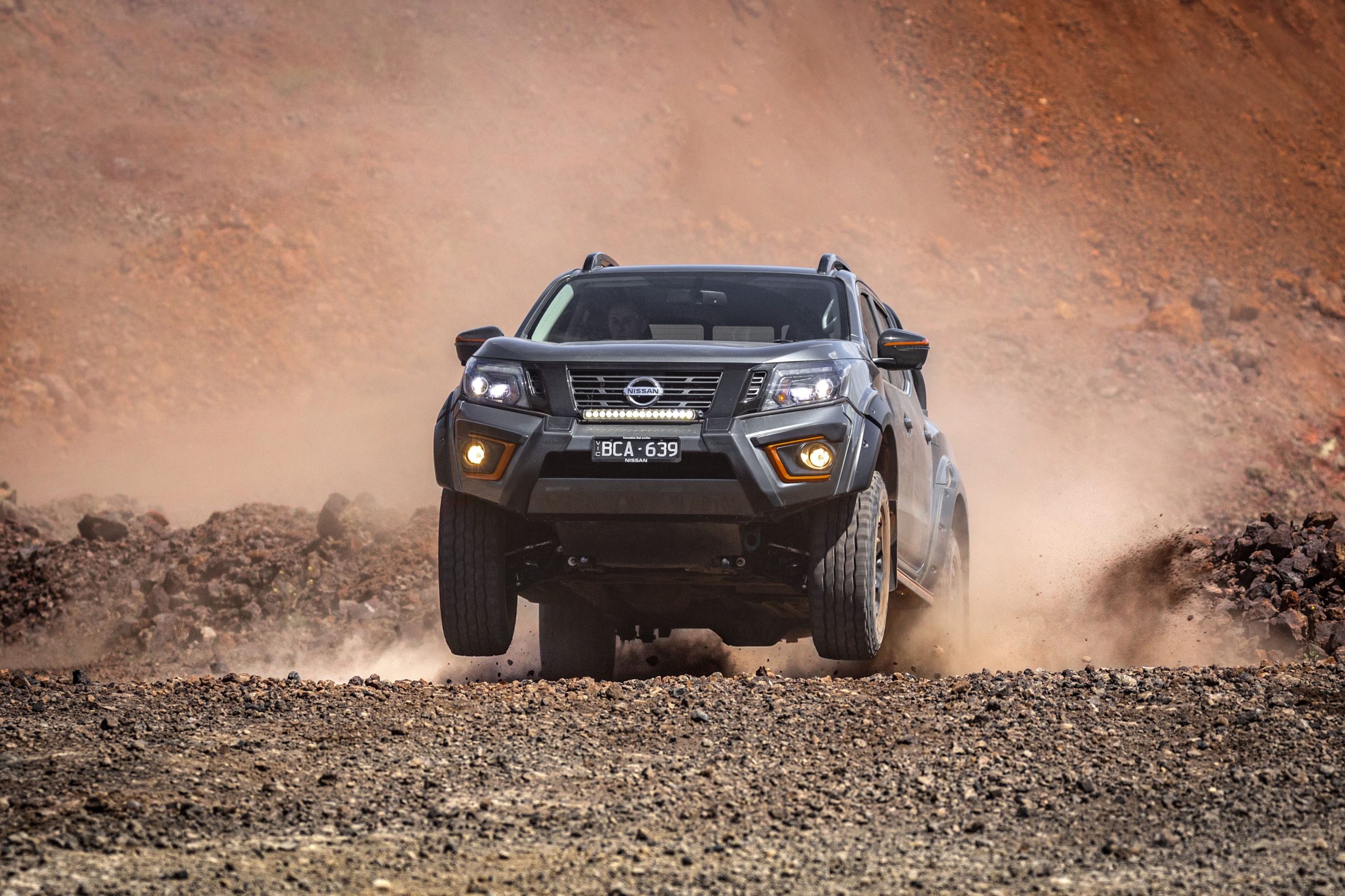 The modern family performance car. That may sound strange, but in the not too distant past Australian driveways were filled with the likes of HSV-modified Commodores and FPV-tweaked Falcons.

But in 2020 the Aussie family prefers a different kind of performance, and the dual-cab ute has become a popular choice for families. The combination of practicality that a ute brings along with the ability to get off the beaten path have made vehicles like the Nissan Navara, Toyota HiLux and Ford Ranger some of the best-selling vehicles in the country.

The success of the Ford Ranger Raptor program, with its high-speed off-road performance and premium price tag, were enough to convince Nissan Australia to create its own slightly different version – the Navara N-Trek Warrior.

As Nissan Australia managing director Stephen Lester said at its launch: “The market has shifted considerably in the last two years with ute sales leading the way, but ute buyers are looking for a higher level of specification that deliver both capable and functional improvements, while making their vehicle stand out.

“The Nissan Navara N-Trek Warrior is locally designed and engineered for Australian conditions. We expect this to be a popular variant.” 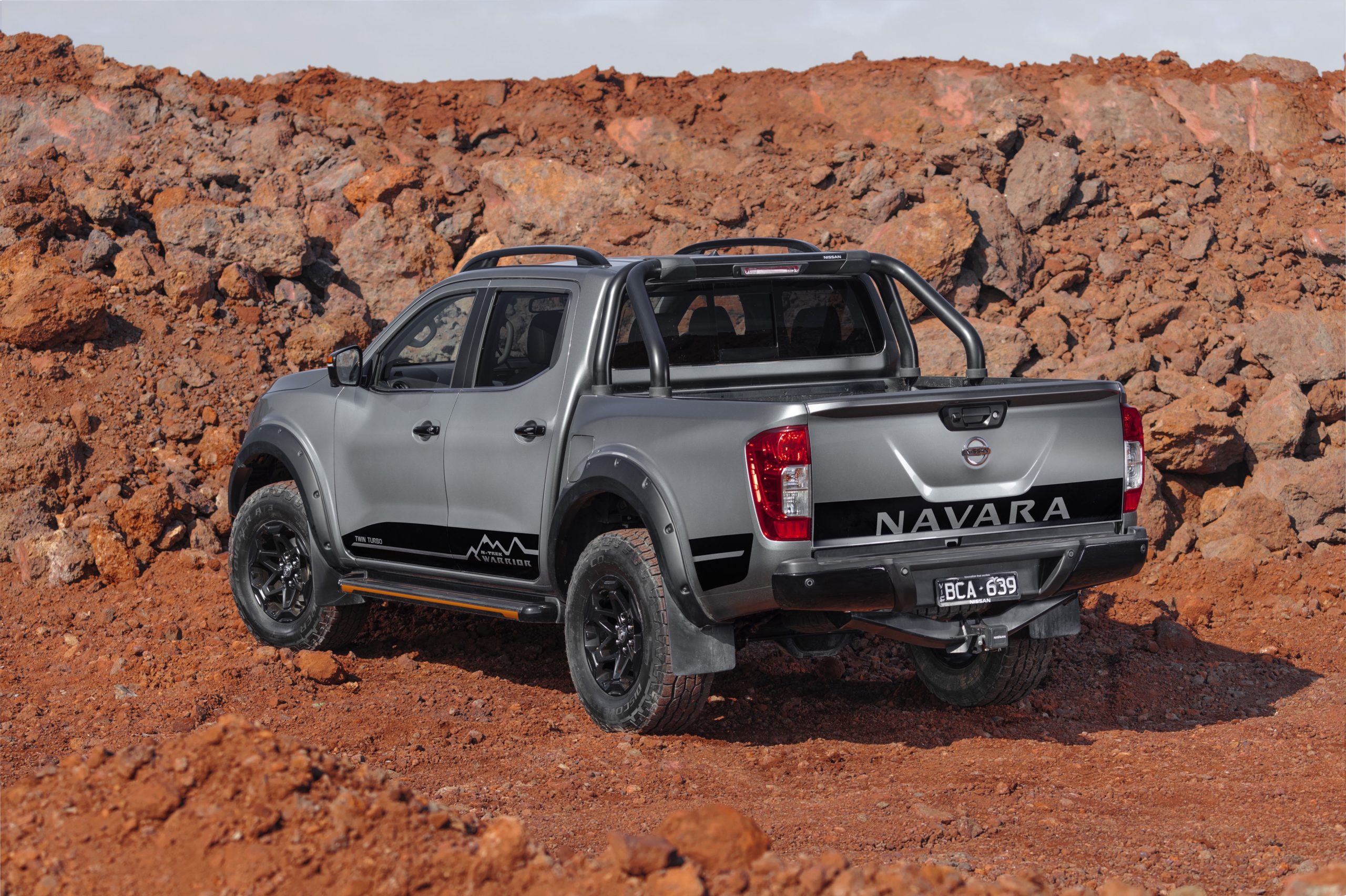 The Warrior doesn’t have any motorsport heritage as such, but it does have plenty of local performance engineering knowledge behind it. That’s because it has been developed and is actually built (using the Navara N-Trek as the starting point) by Premcar.

That’s the Melbourne-based engineering firm that was formerly known as Prodrive Australia that was responsible for the majority of the development work on the Ford Performance Vehicles Falcons. In addition to producing the awesome ‘Holy Grail’ Falcon upgrade package we’ve tested previously, Premcar works with a range of manufacturers on a huge array of engineering projects.

While the Navara N-Trek Warrior is very different to a GT Falcon, Premcar knows Australian conditions and buyer expectations well, which makes them the ideal partner for Nissan.

Premcar opted against touching the engine, instead focusing its efforts on other areas of the car. That means it has the same 2.3-litre four-cylinder twin-turbo diesel as the rest of the high-grade Navara.

It makes 140kW of power and 450Nm of torque, which is respectable but isn’t class-leading. In fact, it feels a little weak at times, because peak torque is only available between 1500-2500rpm which means it has a small window of optimisation. Hopefully future Warrior projects allow Premcar to work its magic to extract more grunt because the Navara feels like it can handle it.

It’s paired with the choice of a six-speed manual or seven-speed automatic transmission, so you can take your pick whether you prefer the control of a manual for when you head off-road or the convenience of an auto for chauffeuring the family around. 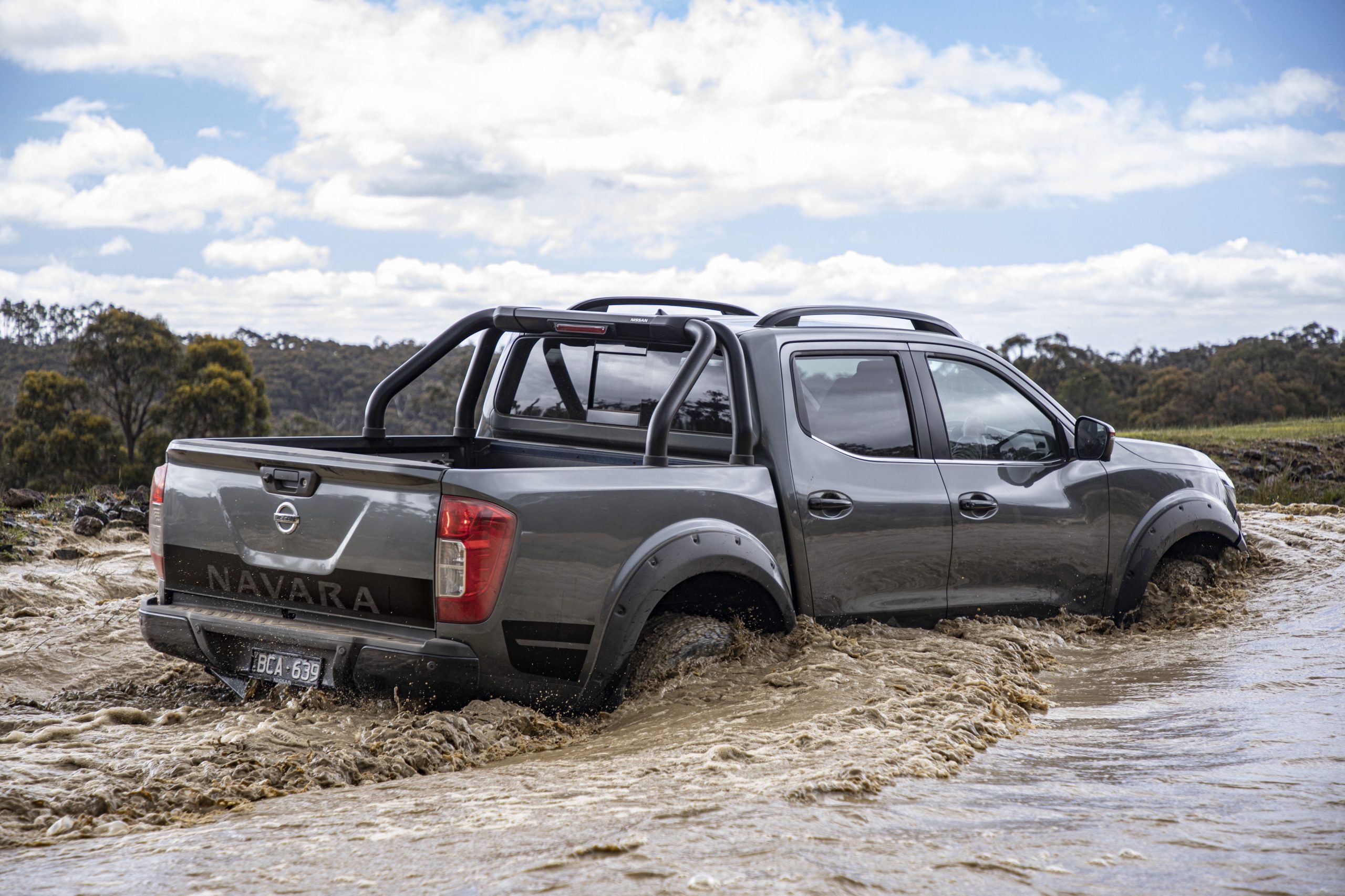 Upgrading the Navara’s ride and handling was the primary object of Premcar’s work, with a complete overhaul of the suspension.

Crucially, Nissan Australia and Premcar worked to ensure all these upgrades were within Nissan’s global parameters so reliability and warranty are unaffected.

The big ticket items underneath are new, longer Tenneco dampers coupled with Monroe springs. Premcar tuned the dampers further with unique internal valve code to ensure it met its standards for Australian conditions.

The engineers also tuned the springs for a softer primary rate to enhance both ride comfort and off-road articulation, while also tuning a higher and more progressive spring rate to maintain performance when towing or carrying a heavy load in the tray.

Another new addition for the Warrior are 17-inch alloy wheels fitted with massive 32-inch Cooper all-terrain tyres, for better off-road performance. All told the ride height of the Warrior is 40mm greater than the standard N-Trek.

The net result of all these changes to ensure the Warrior is better off-road is also a ute that’s nicer to drive on sealed surfaces. Like the Ranger Raptor, which is the most comfortable composed ute on the road, the Warrior is elevated above its less variants as a daily driver because of its re-worked suspension.

While not quite a match for the Ford, this is certainly the pick of the Navara range if on-road comfort and driveability is your priority.

There’s no question the best place to take the Warrior is off-road, this isn’t a show pony – it’s been built to get muddy.

Premcar’s other modifications include redesigned front and rear bumpers. At the pointy end you’ll find a more aggressive looking bar with an LED light bar integrated into the design, and a 3mm stainless steel skid plate underneath for off-road protection.

At the back there’s a unique towbar cross member that was designed to allow for a full-size spare to be fit underneath the tray (because a full-size spare is vital when heading bush) and accommodate the increased ride height. The cabin is largely untouched, so it’s what you find in the standard N-Trek; aside from some orange accented floor mats. The N-Trek already includes orange stitching on the seats and steering wheel, so there’s a cohesive look to the cabin.

But aside from the colour co-ordination the Warrior is your fairly typical modern ute – hard plastics to better resist wear and tear, a lack of reach adjustment for the steering column and flat seats front and rear.

This is by no means a Navara-specific problem but it demonstrates that the ute is still, at its core, a workhorse despite the increasing popularity with families.

Not long ago a ute starting at $63,490 (plus on-road costs), as the Warrior does, would have been considered outrageously expensive. These days it’s in the middle of the market, with utes now extending beyond the $100k mark.

More importantly for potential buyers the Warrior stacks up well against its most direct competitors – the Ranger Raptor starts at $77,190, the Ranger Wildtrak at $62,090 and the Toyota HiLux Rugged X is priced from $62,490. 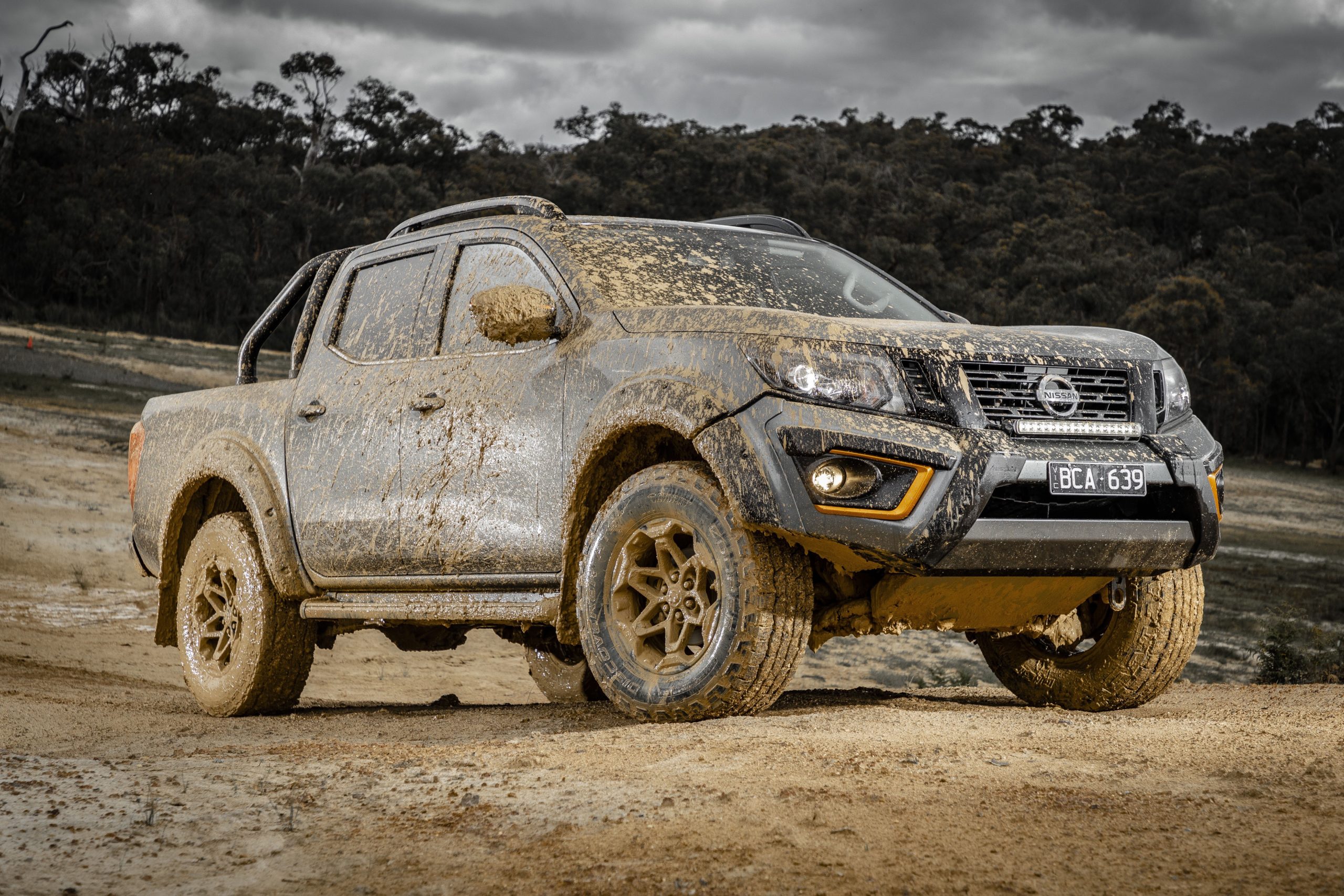 There’s a lot to like about the Navara N-Trek Warrior and both Nissan Australia and Premcar should be commended on the work they’ve done. Certainly I can see the appeal of a ute such as this as both a family hauler and weekend adventure machine.

However, its modest engine performance and workman-like cabin let it down. While it’s a significant stretch in terms of money, the Ranger Raptor would still be my choice to park in my driveway if I was in the market for a modern ute.