A cut-price BMW M5 alternative. It features much of the same mechanical goodness as the company’s super sedan (including the twin-turbo V8) but for $85,000 less.

It’s also something of a throwback in these modern times where hi-po SUVs and turbocharged hot hatches are all the rage for the European car makers – think X3 M, X5 M and M135i/M235i. This is a contemporary take on the old-fashioned sports sedan, combining serious performance with genuine luxury. 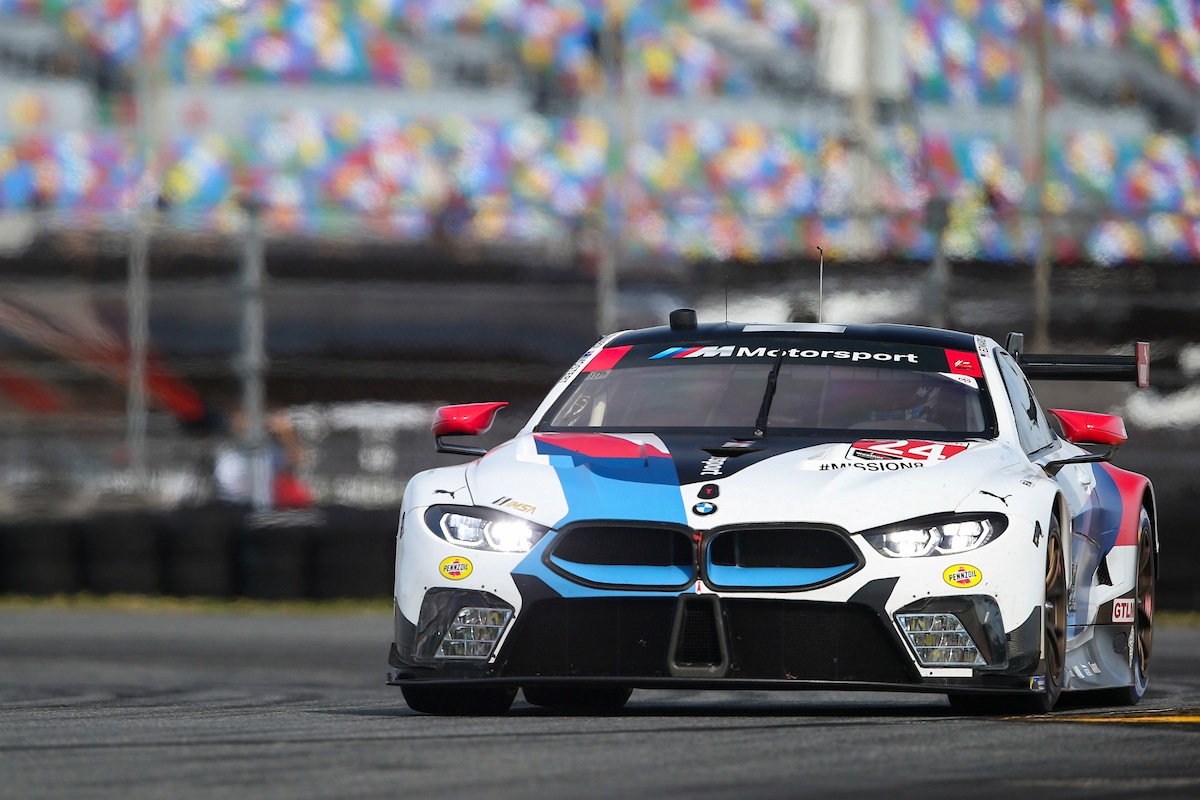 The 5-Series hasn’t been raced by BMW for a long time, but the 4.4-litre twin-turbo V8 engine has been a stalwart of its GT racing programs in recent years. It’s been the basis for what’s powered both the M8 GTE and M6 GT3 cars thanks to its combination of torque-rich performance and greater efficiency than a naturally-aspirated V8. While it’s largely the same unit you’ll find in the M5 Competition, there’s obviously a different level of tune to ensure the M Division version maintains its place at the top of the tree.

The M5 Competition makes 460kW of power and 750Nm of torque, the M550i has the same amount of Newton Metres but makes ‘only’ 390kW. While, obviously, you’ll lose some bragging rights down at the pub when chatting with your M5-owning mates, the reality is you don’t really miss those 70kW.

Nobody will ever accuse the M550i of being slow, after all with 750Nm of pulling power and all-wheel drive even a five-seat sedan is always going to launch with ferocity. Indeed what makes the M550i so special and appealing is, like all great sports sedans, the performance is effortless.

There’s so much grunt and the eight-speed automatic is smooth and well-matched to the engine, that all you ever need to do is squeeze your right foot down and the big Beemer builds speed without any fuss or bother. It’s strong right across the rev range – it will jump off the mark, shove you back in your seat with its rolling acceleration and keep spinning all the way to the redline. It may not get the full M Division upgrade but the M550i does get a raft of M Sport parts to improve the handling, including Adaptive M suspension, M Sport brakes, M Sport differential, 20-inch M light alloy wheels and an M aerodynamic package.

The result is a sports sedan that isn’t quite as sharp and taut as the M5, but is impressively poised and agile for a large four-door sedan.

Nor is it as stiff and uncompromising as the M5 too, so it arguably makes for a better daily driver than the M5. It still turns in sharply and responds immediately to inputs with precision, but it also does a better job of soaking up bumps. Although, it’s still a modern BMW so the suspension is firmer than most of its peers and as a result the ride can become busy at times and it will crash over sharp bumps.

The long, fast corners and smooth pavement of Sydney Motorsport Park would be an ideal playground to give the M550i a workout. Even though it’s not a track car, unlike the M5 that feels at home on a circuit, the big V8 and M Sport tweaked handling would ensure the M550i would acquit itself with distinction. 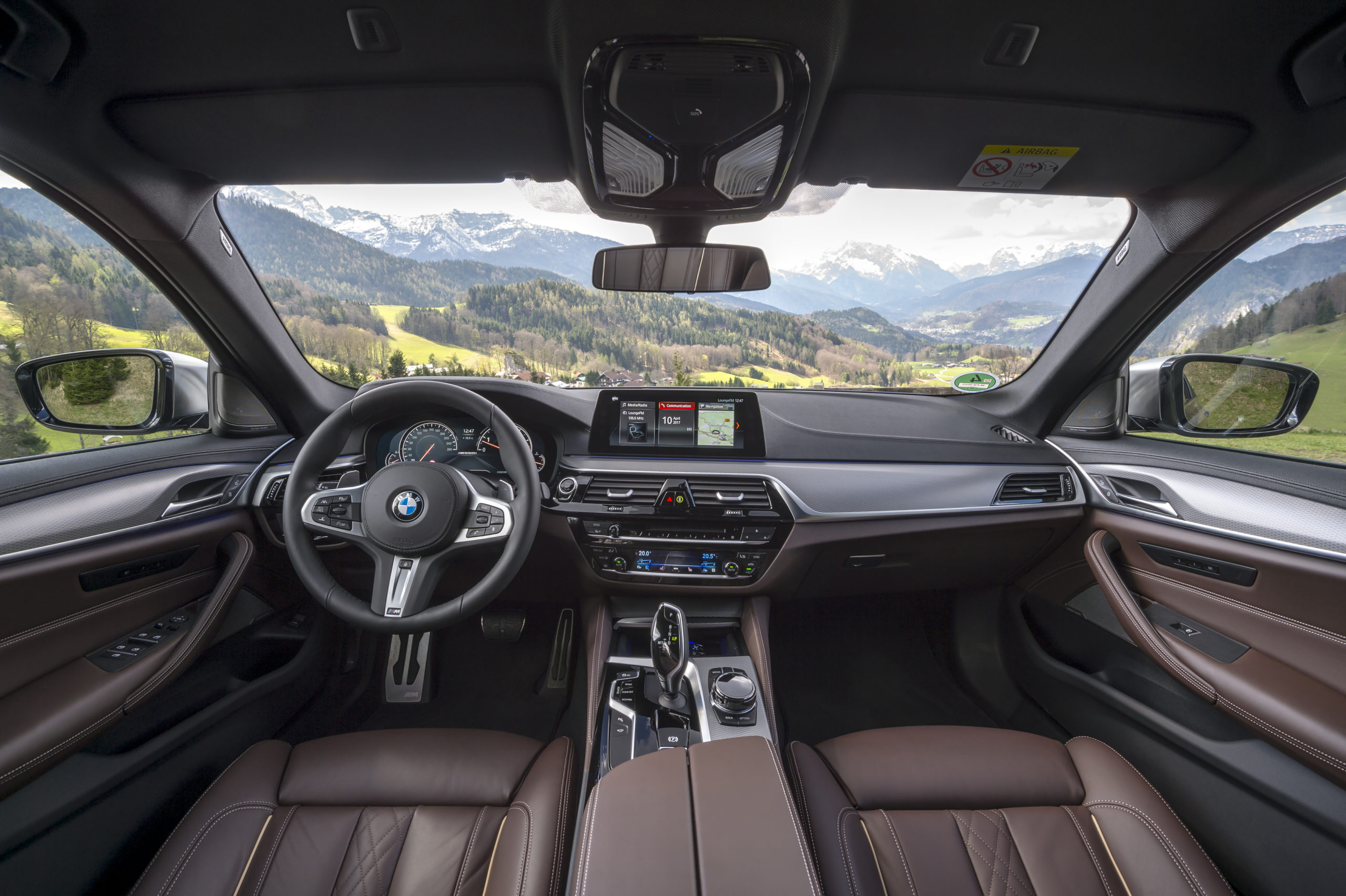 Sedans aren’t the fashion of the day, but there’s very little not to like about the cabin of the M550i; it’s comfortable, spacious and loaded with tech. There’s an ideal blend of luxury car opulence and performance sedan sporty touches to make it suit the character of the car.

And if that’s too much, the M550i Pure is priced from $134,900 (it misses out on the more advanced adaptive suspension, laser headlights, soft-close doors and sunroof) that makes it a very compelling proposition for those looking for a premium sports sedan. 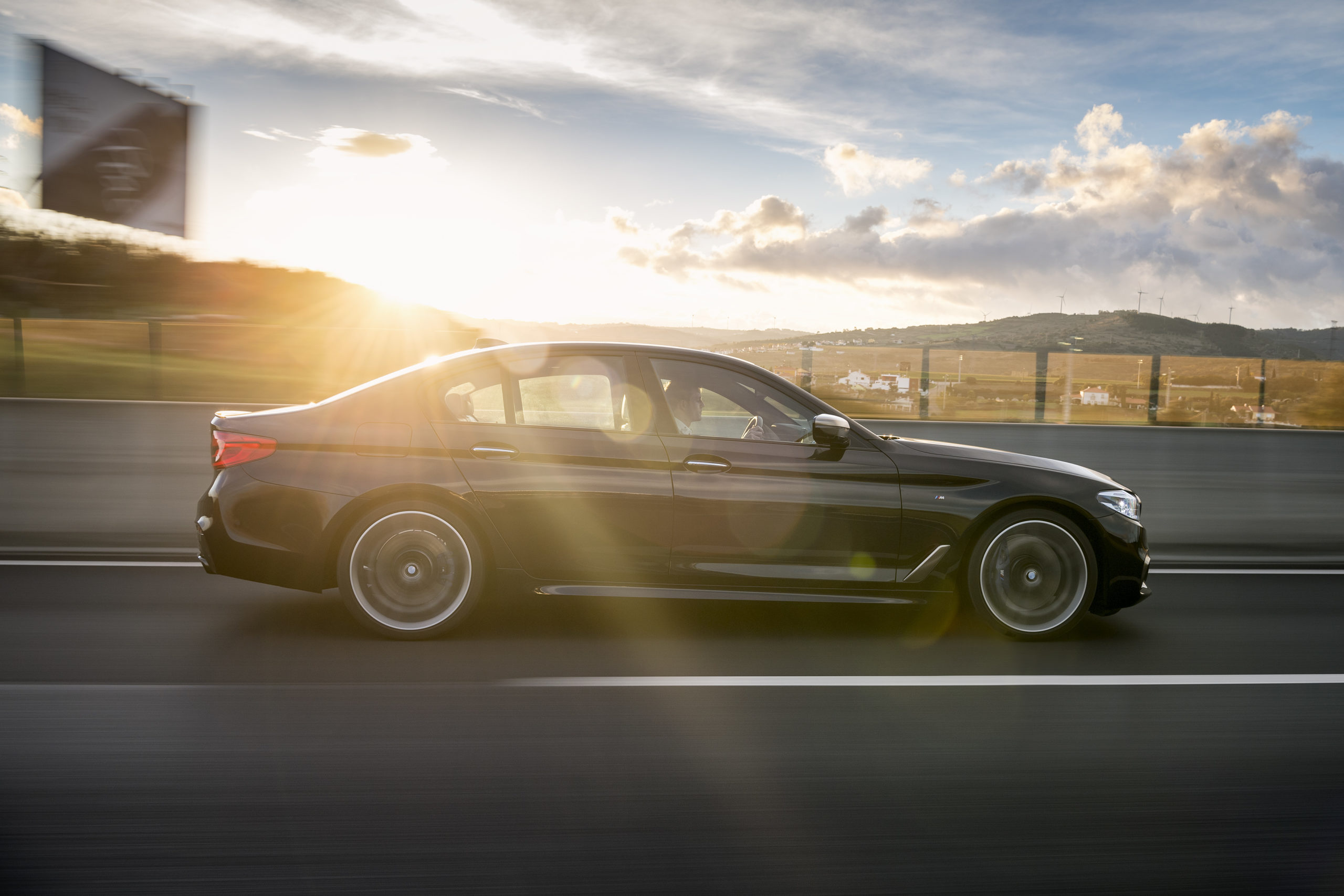 Call me old-fashioned (and I’m not even 40!) but I’d really like to park the M550i in my driveway permanently. There’s just something special about the way it sits on the road, with the big rims, dark colour and matte metallic brightwork of our test car just oozing curb appeal.

While the M5 Competition is a better, faster sports sedan for $85k less the M550i saves you nearly 40 per cent and isn’t 90 per cent as good. This is a car that proves, despite the popularity of SUVs, there’s still life in the sports sedan yet.