The last of its kind. This is the latest evolution of Bentley’s Continental GT, re-introducing the V8 engine alongside the existing W12 motor. It has been a hit for the British brand since the Volkswagen Group took control more than 20 years ago.

Why is it the last of its kind then? Because Bentley is going electric. The brand has committed to being completely electrified by the end of the decade, which means both plug-in hybrids and fully-electric powertrains will become the new normal.

In the meantime, though, we can enjoy the best of British grand touring cars. Continental GT has been the cornerstone of the brand’s motorsport activities since 2013. While the W12 is the flagship engine, the GT3 racer has always been powered by the V8 engine because it’s better suited to competition. Bentley has been a GT3 regular with the Continental GT

Bentley was able to develop this third-generation Continental GT road car alongside the new GT3 version – allowing lessons to crossover between the pair.

The crowning achievement of the GT3 program is arguably its victory in the 2020 Bathurst 12-hour; a race it has become a fan favourite at.

The big news for this new addition is the engine, the 4.0-litre twin-turbo V8 that has always been a popular part of the range. Which is perfectly understandable because it’s a cracking engine, making 404kW of power and 770Nm of torque to endow this big coupe with more-than-ample performance (after all, that’s more grunt than the old model’s W12).

Paired to an eight-speed dual-clutch transmission and all-wheel drive system the Continental GT can launch 0-100km/h in just 4.0 seconds; despite tipping the scales at a hefty 2165kg, thanks (in large part) to all the luxury features loaded into the car. What’s really impressive is the fact that despite being based heavily on the Audi/Porsche-designed V8 already used in a variety of other Volkswagen Group models (including the Porsche Panamera and even the Lamborghini Urus) the engine feels very different in the Bentley. The unique way it has been tuned for both performance and sound make it feel special in the Conti GT – as it should.

It may be a big car, but with 404kW/770Nm the Continental GT is genuinely quick. It doesn’t feel sprightly, it doesn’t accelerate like a sports car, but it builds speed rapidly – so when you look down at the speedo it’s spinning up surprising numbers. It’s a more sophisticated form of performance, doing it effortlessly rather than making a big fuss about it.

Aside from the performance it also makes a nice, subtle, V8 growl that perfectly suits the sophisticated performance offered by Bentley.

Bentley’s focus for this latest generation Conti GT was to make it more dynamic, so they’ve extended the wheelbase by 135mm and shortened the front overhang to make it more responsive.

However, that doesn’t mean they’ve tried to make it a sports car, the Conti GT is still very much (as the name implies) a grand tourer. So it’s about striking a balance between sharp handling and a comfortable ride. It does a good job of being more engaging than the previous generation model, but it’s still much more a grand tourer than a sports car. That’s no bad thing, because this is a car designed to appeal to people in a very different way to the latest Porsche or Ferrari; even if they cost similar money.

The Continental rides on air-suspension, Bently is using a three-chamber design that the company claims provides for 60 per cent more air volume in the system which in turn allows for more variation between each drive setting. And you definitely notice that behind the wheel, it feels more pampering in Comfort mode and noticeably firmer and more responsive in the Sport setting.

Not that the ride is always flawless, only most of the time. The standard wheels are 20-inch but our test car was rolling on optional 22-inch rims and you did notice the occasional thump over sharp edged bumps, but otherwise it’s a smooth rider.

Weighing more than two-tonne though, the Conti GT never feels agile or nimble, even in high speed corners but it still sticks. The best way to describe it might be that it feels like a speed boat cutting through the water – it feels big and cruisy but it makes every turn with ease.

I have been lucky enough to undertake some amazing drives in my life, but one of my favourites was a trip to Norway in 2015 for the updated second-generation Continental GT launch. I spent a day driving this remarkable grand tourer through the green hills, stunning mountains and wild coastline that fill northern Norway. It was perfect Continental GT territory, it easily soaked up long distances in comfort whilst being quick and engaging when the road got more challenging. If I could take the latest model back there again, I think I’d love every second of it again.

The cabin sums up Bentley’s current position in the market – trying to bridge the gap between the older, established luxury buyers and the younger, ‘new money’ clientele. So it has plenty of old-fashioned luxury elements but also loads of modern technology and some boundary-pushing touches.

Perhaps nothing sums it up better than the infotainment screen, which sits proudly in the centre of the dashboard. It’s a thoroughly modern touchscreen with an easy-to-navigate system that allows all the mod-cons for the sound system, navigation, etc. Except that the infotainment screen isn’t to everyone’s taste, more traditional buyers like the brand’s old-fashioned dials. So Bentley has included both, installing a rotating section of the dashboard that can swap between the infotainment screen and the dials, as well as a blank continuation of the dash trim (if you prefer no distractions), allowing both types of customers to be satisfied.

Naturally there’s also a digital instrument panel (the same 12-inch display that’s in most Audis and Volkswagens) but with unique, old-school Bentley graphics. And there’s plenty of chrome-looking buttons and switches to control the air-conditioning and other functions that speak to the brand’s heritage. In keeping with its ultra-premium image the sound system is perhaps the best I’ve yet to hear in a car. Developed in partnership with high-end specialists Naim, it provides the kind of clarity and power that makes you feel like the musician is in the car with you.

Another noteworthy touch to this latest version of the Conti GT is the introduction of a special stone inlay, joining the brand’s extensive list of genuine wood trims. Our test car had the dark stone alongside the new diamond-in-diamond quilted leather trim which gave the cabin a unique and truly remarkable feeling of quality. 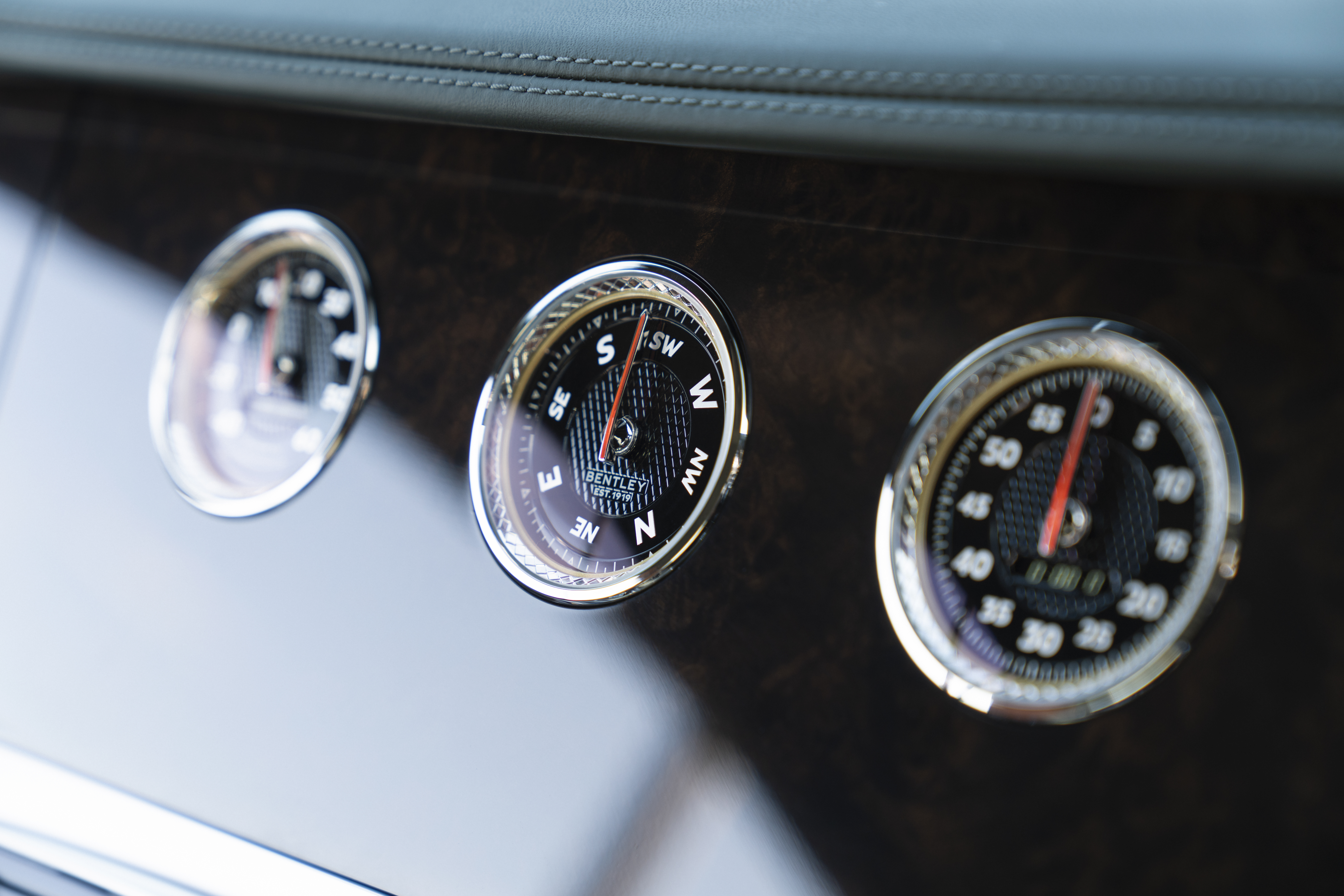 Obviously a car that starts at $400,900 (plus on-road costs) and can stretch beyond half a million dollars when you start ticking option boxes is anything be cheap or affordable. But that doesn’t mean it’s not good value.

It has few rivals and offers loads of luxury, performance and presences for the asking price. But if you’re worried about pinching your pennies, this isn’t the car for you. There are few genuine grand tourers on the market today and the Continental GT is one of the best. It’s proper quick and has a luxurious cabin and driving experience that makes every drive feel a bit special.