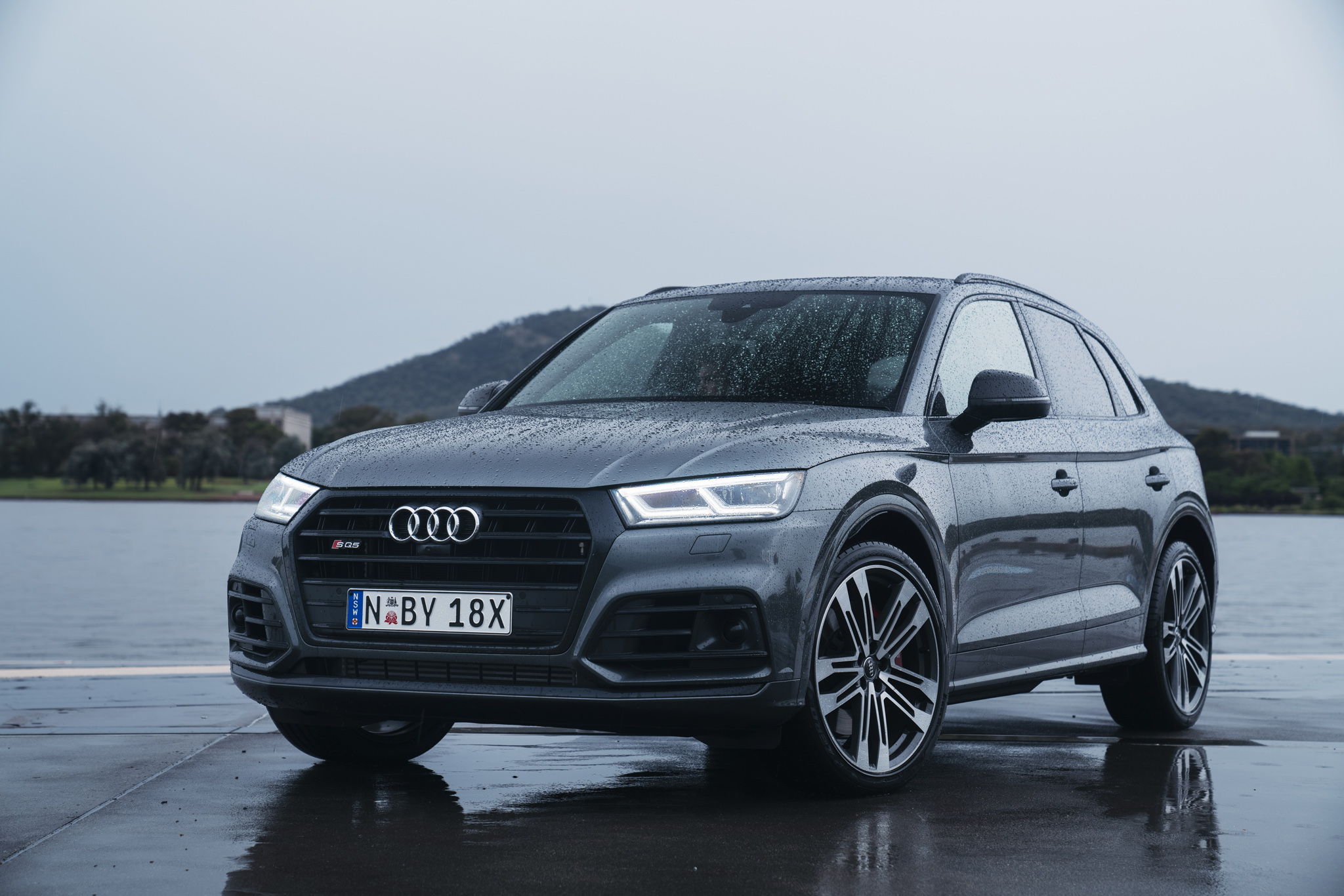 The most peculiar performance hit of the last decade.

If someone had suggested to you back in 2010 that one of Audi’s most popular models would be a turbo diesel SUV with a performance bent you would have laughed. But that’s exactly what happened when the brand launched the SQ5 TDI in 2013 – it became an almost immediate hit. At various stages it was the second most popular individual model in Audi Australia’s line-up.

Unfortunately, in the aftermath of the Volkswagen emissions scandal (Google it) diesel was on the nose in Europe, so Audi HQ focused its resources on developing a petrol-powered SQ5 TFSI when the new Q5 range launched in 2017.

It provided the same blend of performance in an SUV body, but it seems Audi and its customers missed the turbo diesel original so it’s back. However, with COVID-19 induced delays the SQ5 TDI is arriving only a few months before the updated 2021 Q5 range, so there are only 240 examples of this SQ5 TDI Special Edition available. But Torquecafe was lucky enough to get behind the wheel to experience its return.

Yes, actually. As odd as it may seem there’s plenty of racing pedigree in this diesel-powered SUV. That’s because Audi pioneered performance turbo diesel engines at Le Mans, winning with the R10 TDI in 2006. It was actually at Le Mans in 2012 that the brand unveiled the SQ5 TDI – linking the lessons learnt at La Sarthe to its new hi-po family hauler. Audi officially calls this new diesel a single turbo engine (the original was twin turbo), because it only has one conventional turbocharger. However, it’s fitted with the brand’s ‘electric turbo’ or electric powered compressor (EPC) that debuted on the bigger SQ7 TDI a few years ago. It’s combined to a 48-volt mild hybrid system that allows the EPC to spin up at take-off to help improve its response off the mark. It does the job because the SQ5 TDI can launch 0-100km/h in just 5.1 seconds, which is impressive for a mid-size luxury SUV and on par with many hot hatches. It’s also quicker than the SQ5 TFSI which takes 5.4 seconds.

On the road the TDI feels strong across a broad section of the rev range, though like most diesels the sweet spot is in the middle of the spectrum, with peak torque delivered between 2500-3100rpm.

As a result the TDI feels like a different sort of performance car. There’s an enhanced soundtrack that provides a purposeful diesel rumble, but otherwise the TDI excels as it punches out of corners or when you call for a burst of acceleration while rolling along.

That’s helped by a smooth-shifting eight-speed automatic transmission and Audi’s trademark quattro all-wheel drive system that means traction isn’t an issue despite all that torque.

The other advantage of the TDI over the TFSI is fuel economy. The combination of the diesel and 48V system means the TDI uses a claimed 6.8-litres per 100km compared to 8.7L/100km that the less torque-y TFSI manages.

This is arguably the more impressive aspect of the SQ5 is how it handles. A powerful engine makes a car quick, but good handling is key to being a true performance car.

All of the locally available TDI Special Editions come standard with adaptive damper control and unique suspension that sits 30mm lower than the standard Q5. That means the SQ5 handles with purpose and poise. 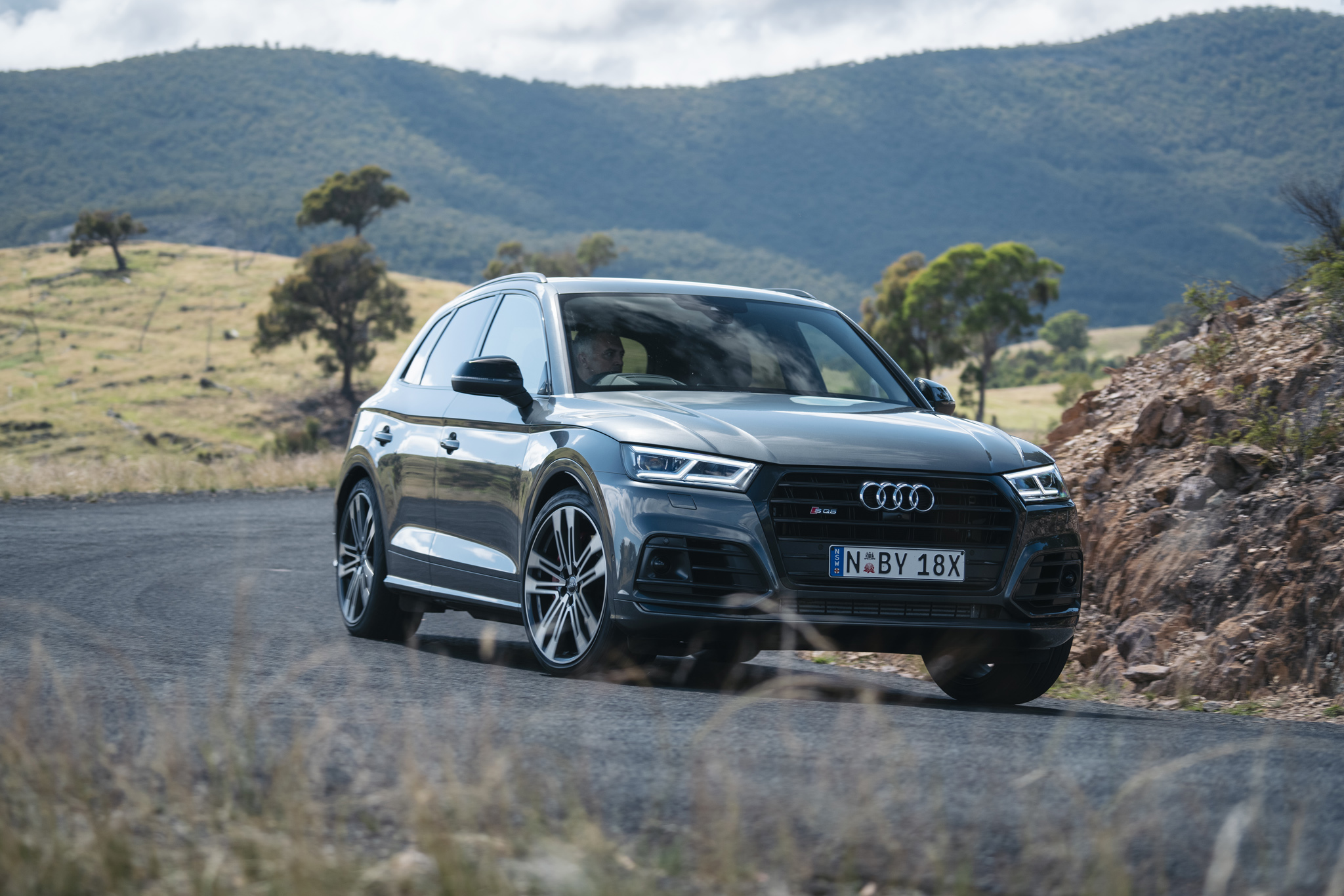 The Audi SQ5 TDI is genuinely enjoyable SUV to drive

It sits relatively flat and feels steady when cornering at speed, although it falls short of the kind of engagement you get with a performance car like Audi’s own S4 or even the S4 Avant wagon. But for those who love the practicality of an SUV but want some excitement the SQ5 TDI will more than suffice.

The handling is helped by the quattro system that features a self-locking centre differential that can send up to 85 per cent of the power to the rear wheels, which makes for a more dynamic and sporty feeling.

Stopping power is good too, thanks to 375mm front brake discs clamped by six-piston calipers.

If there’s a criticism of the handling it’s the disappointing feedback offered by the steering. Audi has made good progress in improving its steering feel and feedback in recent years but the SQ5 leaves room for improvement, at least in terms of offering the driver a better sense of what’s going on with the front wheels. 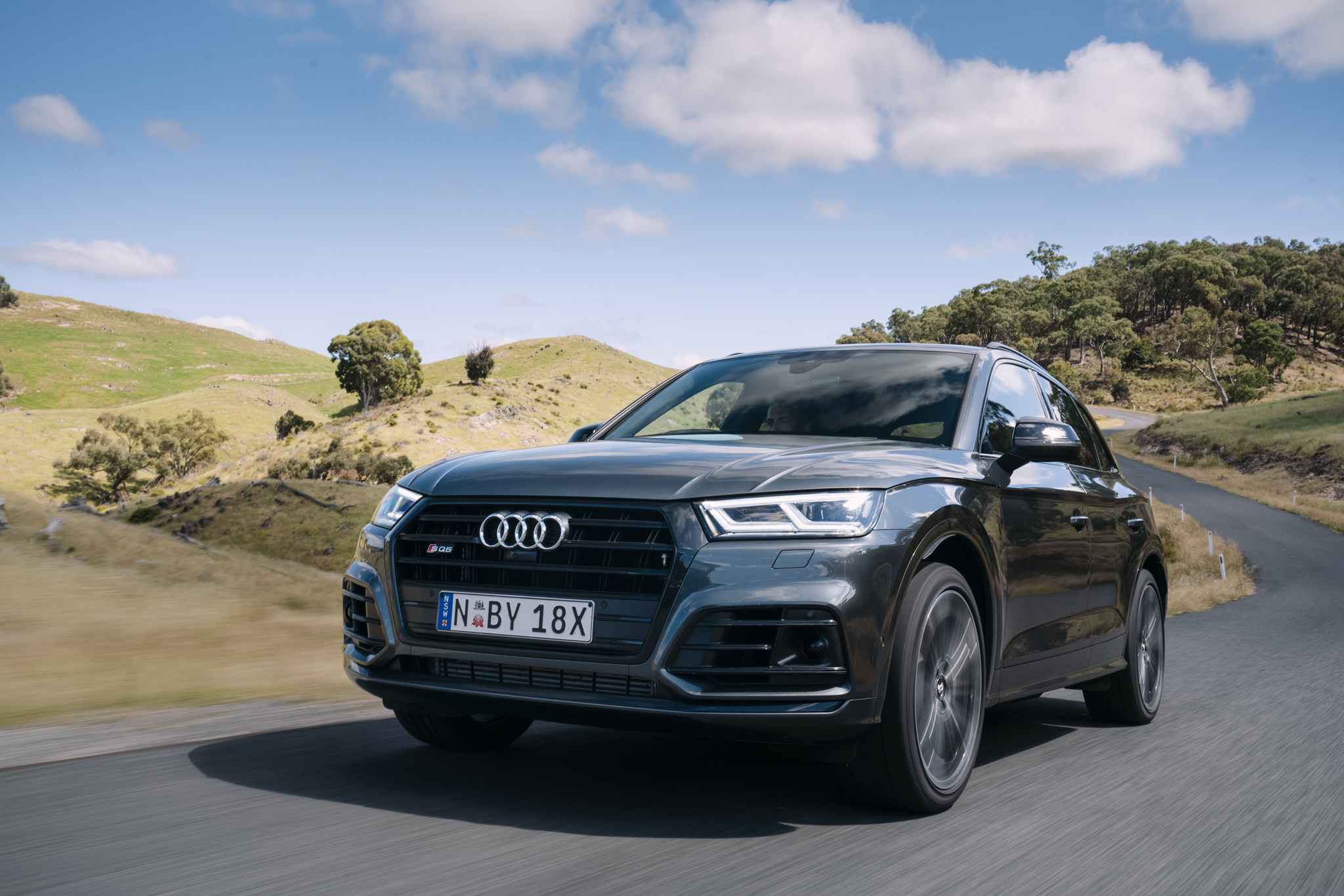 The SQ5 TDI is built for long drives in the country. It eats up the kays with ease but as soon as you find a twisty or challenging section of road it will tackle that with equal aplomb.

The extra space offered by the SUV body means it’s ideal for a long weekend away with family or friends, offering plenty of room and comfort for all. 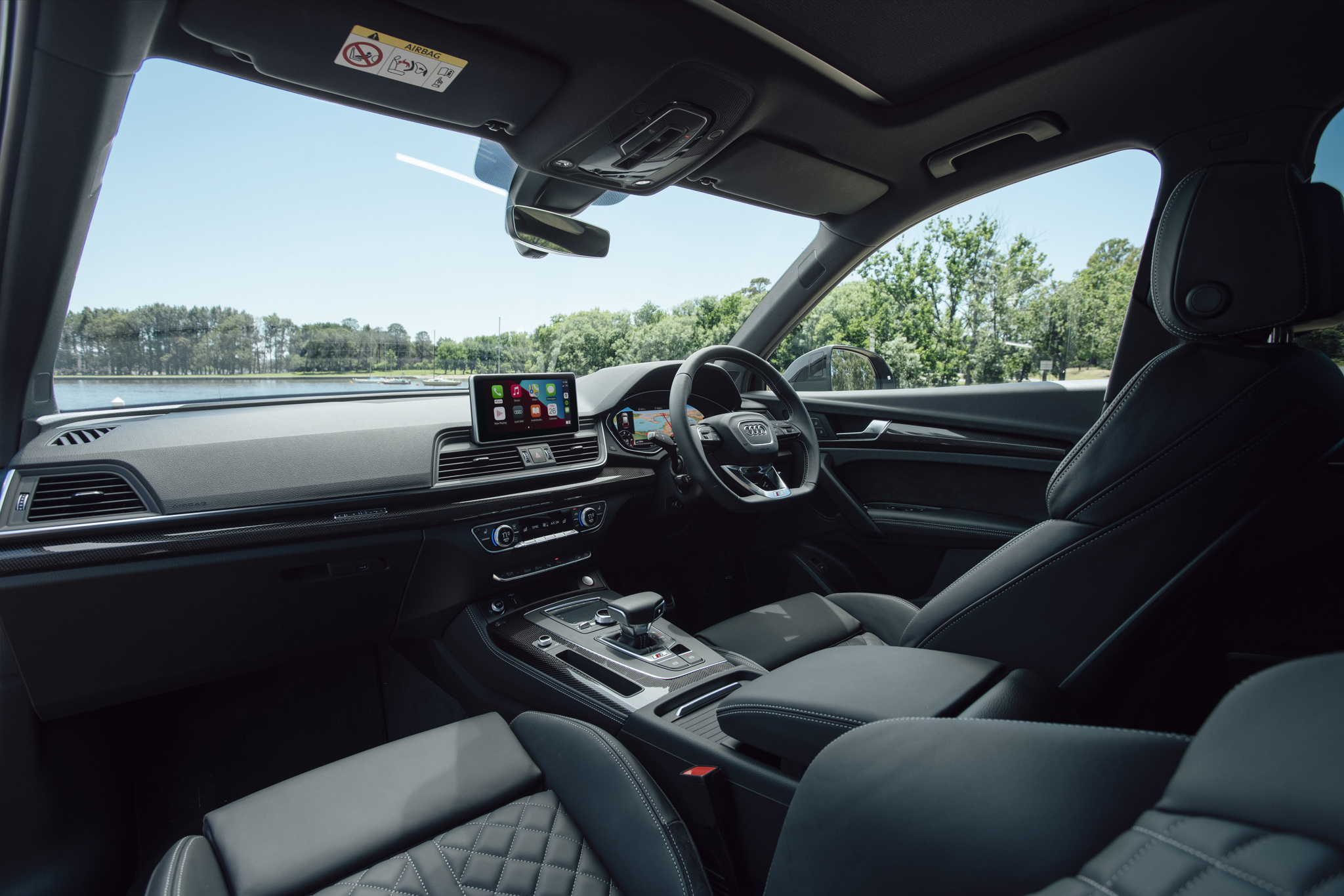 The interior of the Audi SQ5 TDI is suitably plush

The cabin looks and feels premium whichever way you turn your head. Beyond the typical leather the Special Edition includes carbon atlas inlays for a sportier touch. The S sport seats are trimmed in diamond-quilted Nappa leather too. The front seats are heated too and include a massage function.

The SQ5 TDI Special Edition is priced from $104,900 (plus on-road costs), which is a $3700 premium over the SQ5 TFSI. The extra standard equipment that the Special Edition brings (Matrix LED headlights, black exterior package, massage seats and carbon inlays) as well as the boost in performance and economy make it a compelling buy. It may be unusual by traditional performance car standards, but it’s easy to understand why the SQ5 TDI has been such a hit for Audi. The catch is the 240 Special Editions are likely to be snapped up quickly – and that’s probably a good thing for those who are patient.

That’s because the 2021 model year SQ5 TDI will arrive locally next year, and while the mechanical package is carried over there are some cosmetic changes that might make waiting for the updated model worthwhile.