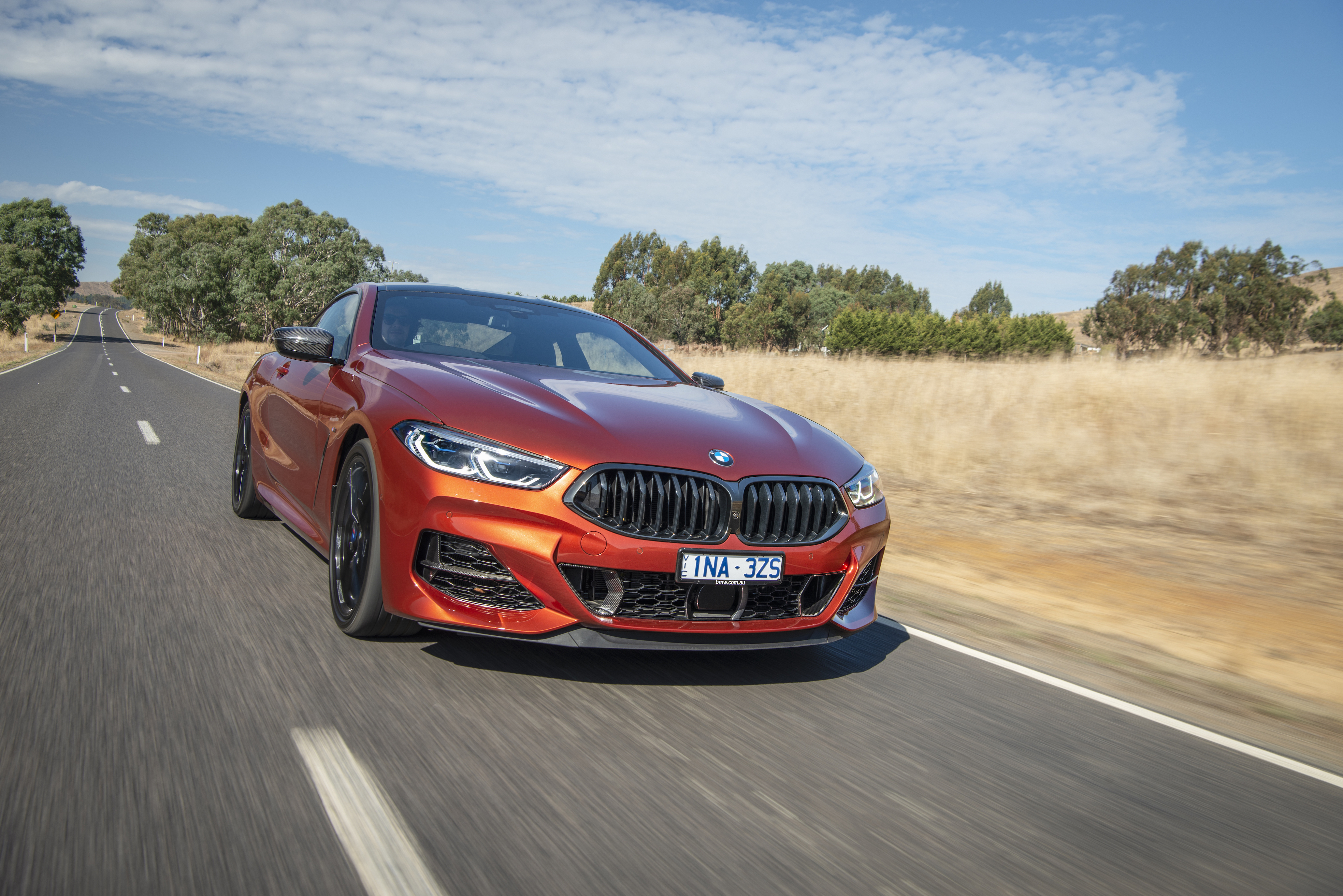 The revived 8-Series is a surprise package.

What is it?
BMW needed a new hero, so it revived the 8-Series badge that had been dormant since 1999.

This is the flagship of the Bavarian brand’s range, replacing the old 6-Series and sitting about the smaller, less powerful Z4 convertible (which shares its underpinnings with the new Toyota Supra.

We’re driving the current top-of-the-range model, the M850i xDrive – which means its powered by the brand’s V8 engine, has all-wheel drive and a few tweaks from M Division to ensure it goes as fast as it looks.

That’s because this is meant to be a proper sports car, unlike the 6-Series that ended up as more of a grand tourer. The M850i is designed to go head-to-head with the Porsche 911 Carrera – at least until the M8 arrives in early 2020. 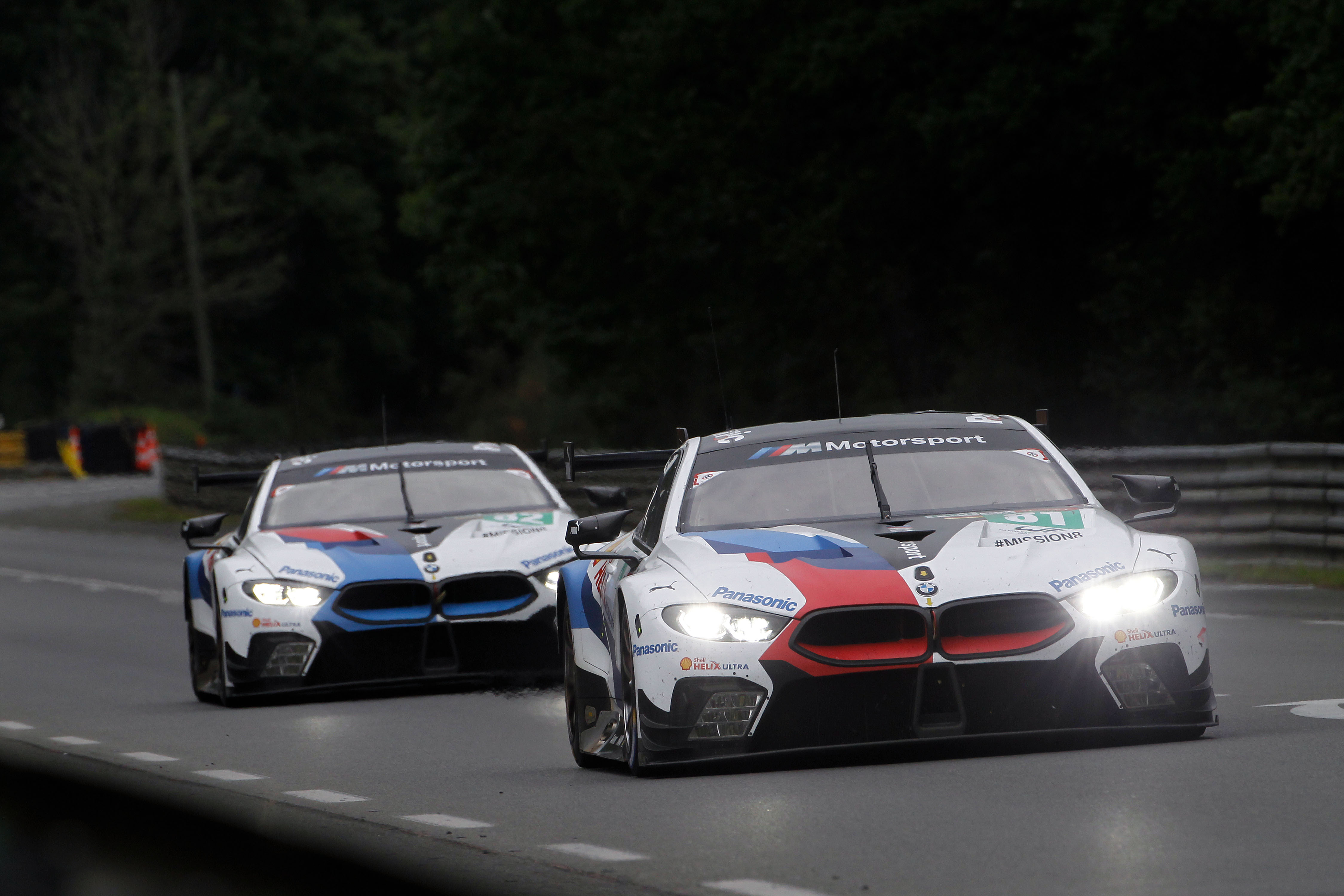 Does it have any racing pedigree?
More so than perhaps any other BMW ever. That may sound like a big call given the brand’s long history in motor racing (especially touring cars) but the M850i was developed at the same time as the M8 GTE race car. In fact, the M8 GTE hit the track months before the road car was finished and ready to be revealed to the public.

Engineers from the motorsport program fed information back to the 8-Series development team that the company claims helped fine-tune the body structure, driveline and suspension. The company claims the end result is a genuine sports car.

To ram home the connection between the two cars, the production 8-Series was unveiled to the public at the 2018 24 Hours of Le Mans. 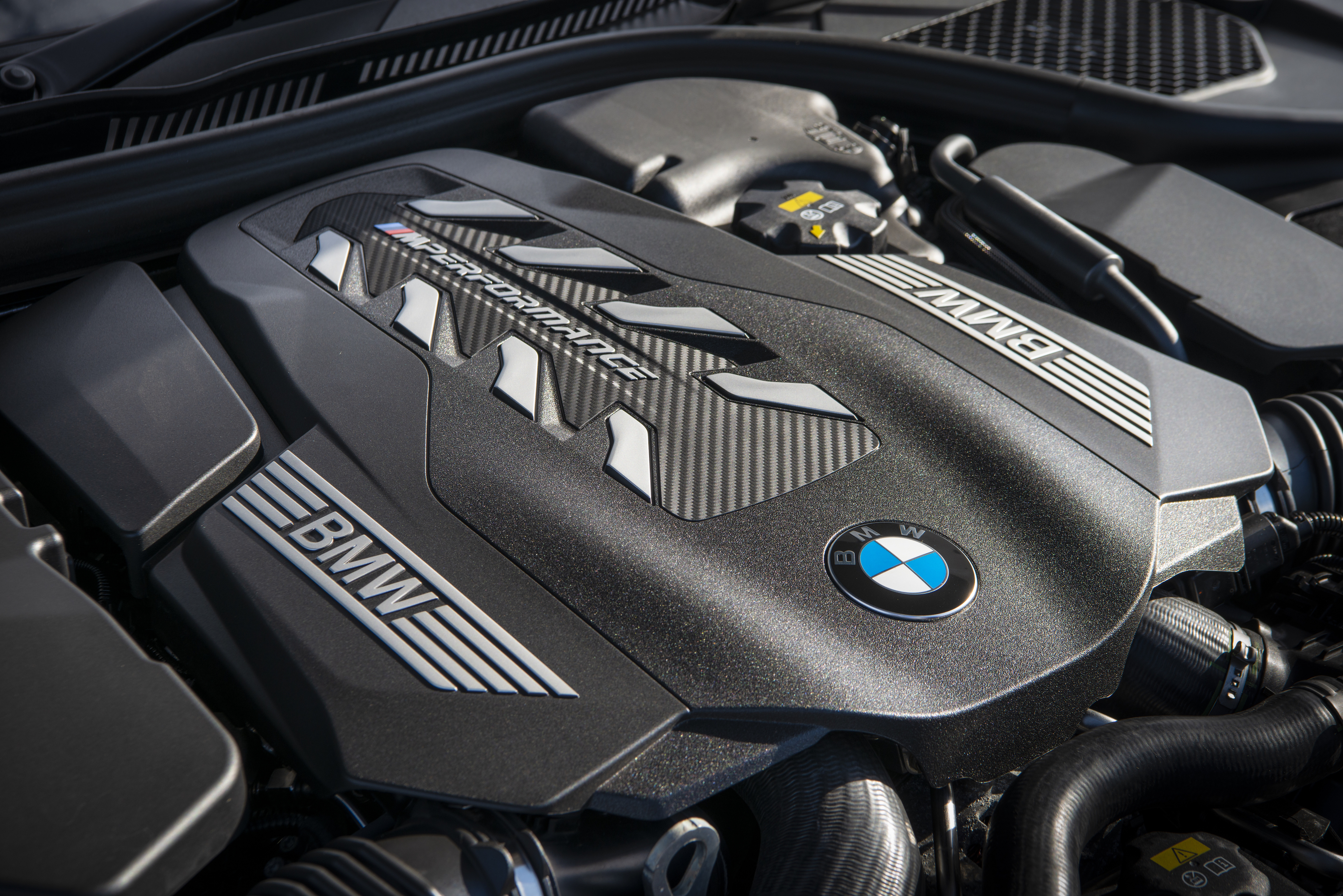 What’s under the bonnet?
BMW has simplified its engine line-up in recent years and the 4.4-litre twin-turbo V8 is the go-to for its bigger performance cars. Not only does it power the M850i you’ll find it in the 7-Series, 5-Series, X5, X6 and X7.

But just because it’s shared around that doesn’t mean it’s unsuitable for the job. Tuned to produce 390kW of power and 750Nm of torque it has so much grunt it makes you wonder how the M8 is going to be significantly faster.

From the outside the M850i looks like a big car, but when you put your foot down it launches with the kind of ferocity you expect from something smaller and lighter. All that torque shoves you back in your seat and keeps the speedo needle racing around the dial until you reign yourself in.

Because power is sent to all four-wheels via an eight-speed automatic transmission and an M Sport rear differential it feels effortless. There’s no wheelspin or clunky shifts, just a buttery smooth delivery of all that performance.

And it makes a sensational noise doing it, a refined V8 growl that speaks to BMW’s heritage. But it’s only there when you need it, when you stand on the throttle and unleash the horses. Cruising around town the gearbox finds a high gear and the engine just quietly ticks along.

There is a catch though, science demands that a car weighing more than two-tonnes that goes like a bat out of hell won’t be the most efficient car on the road. A claimed combined urban/highway average of 10.4-litres per 100km is realistic when driven sensibly. But if you unleash the engine expect to be a regular visitor to the bowser. 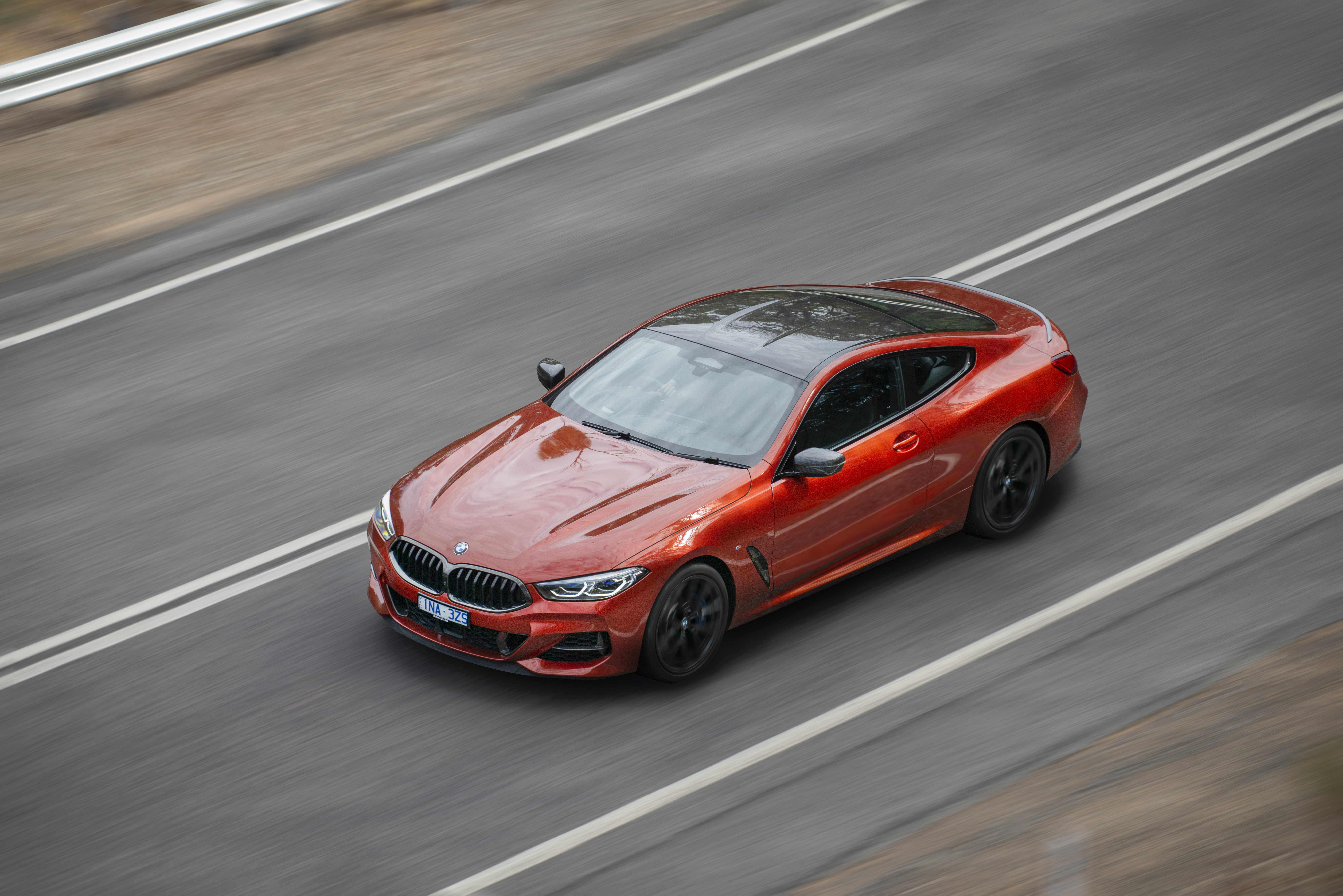 How does it handle?
BMW weren’t fooling around when they said the M8 GTE helped shape the development of the M850i. Aside from the motorsport engineers feeding information on the suspension and drivetrain, the 8-Series features a carbon fibre transmission tunnel that helps make the car stiffer, which helps responsiveness, while cutting some weight.

It’s clear when you drive the new 8-Series that it’s benefited from some high-quality tuning because it turns sharper and with more responsive than you’d rightfully expect such a large car.

I’ll admit that before I drove it I expected a grand tourer, something comfortable but powerful for a lazy weekend drive in the countryside. But having spent a week in M850i I was ready to go hunting twisty mountain roads. The steering is nicely sorted and the combination of the adaptive M suspension, as well as the massive tyres, helps make the car handle corners with the ease of a smaller machine.

Where would you most like to drive it?
The M850i feels built for a fast flowing racetrack like Phillip Island. It would make light work of the Gardner Straight but would equally have no trouble tackling the Hairpin or Lukey Heights.

What’s the interior like?
It’s more luxury coupe than sports car inside, with plenty of leather and hi-tech equipment; such as an excellent infotainment system and adjustable ambient lighting. It feels suitably premium for what is one of the most expensive models in BMW’s range. The leather is high quality, as are the metallic trim elements. But the standout item is the gear selector, which is designed to look like cut glass.

The seats are sporty and comfortable with plenty of support when you throw the M850i into some corners. On paper it’s a 2+2 but in reality even kids need to be crammed into the back seats, so if you need room for four buy an M5. 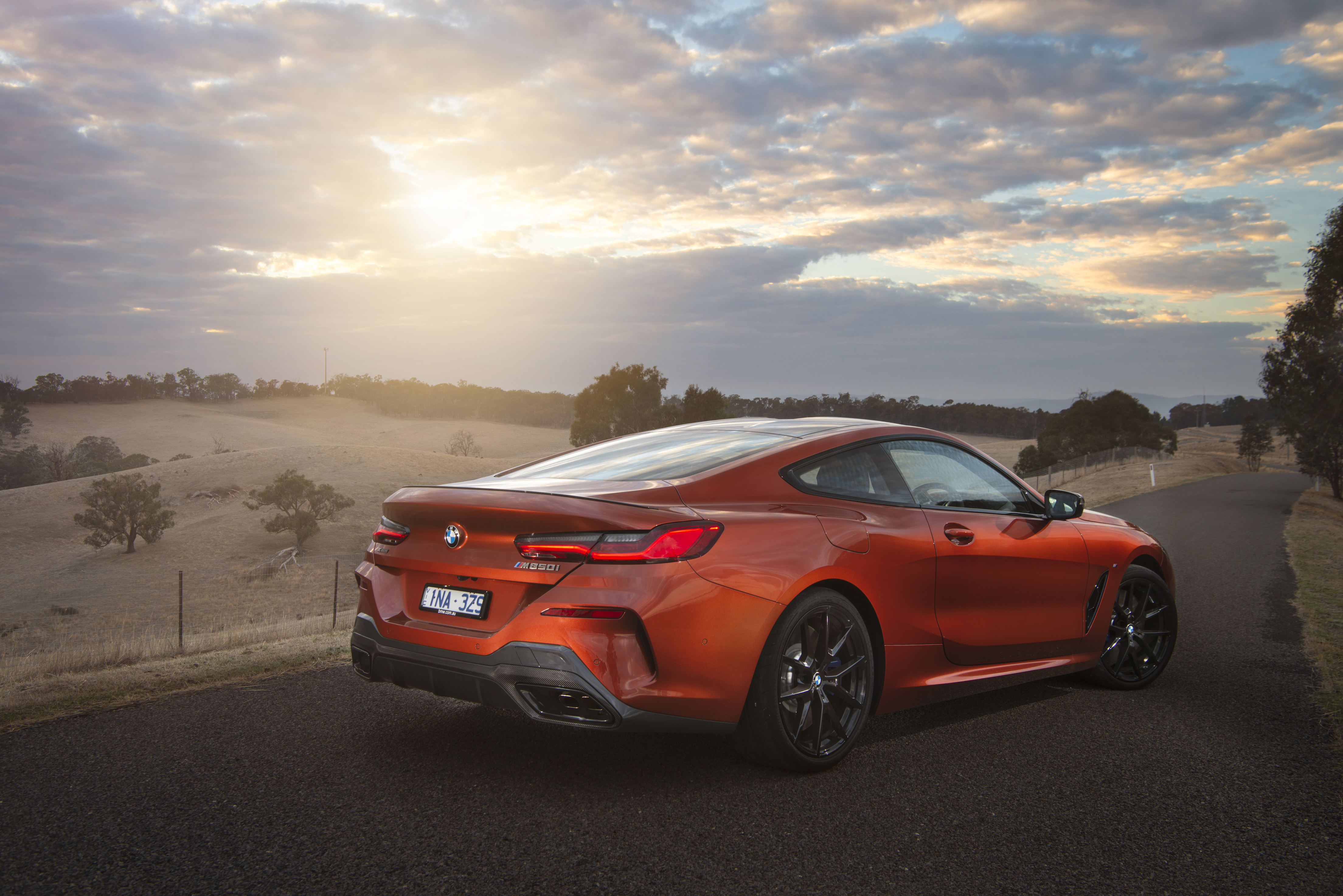 Is it good value for money?
At just over $270k the M850i isn’t cheap, that’s more money than a Porsche 911 Carrera S and a Mercedes-AMG GT. But it not only holds its own against those cars, in many respects it out-performs them. The BMW is easier to live with than either of those two rivals while still boasting sports car levels of performance and handling, so it’s hard to argue the M850i isn’t good value.

What’s the final verdict?
Lots of cars claim to be a ‘Porsche 911 fighter’ but few can actually live up to it. The M850i may not be quite as good as the German sports car’s benchmark but it exceeded this reviewer’s expectations with its sharp handling. Add to that the bonkers engine performance and you have a very tempting sports car proposition.

Ultimately, the Porsche is the better pick but you couldn’t blame anyone for becoming besotted by this big coupe.