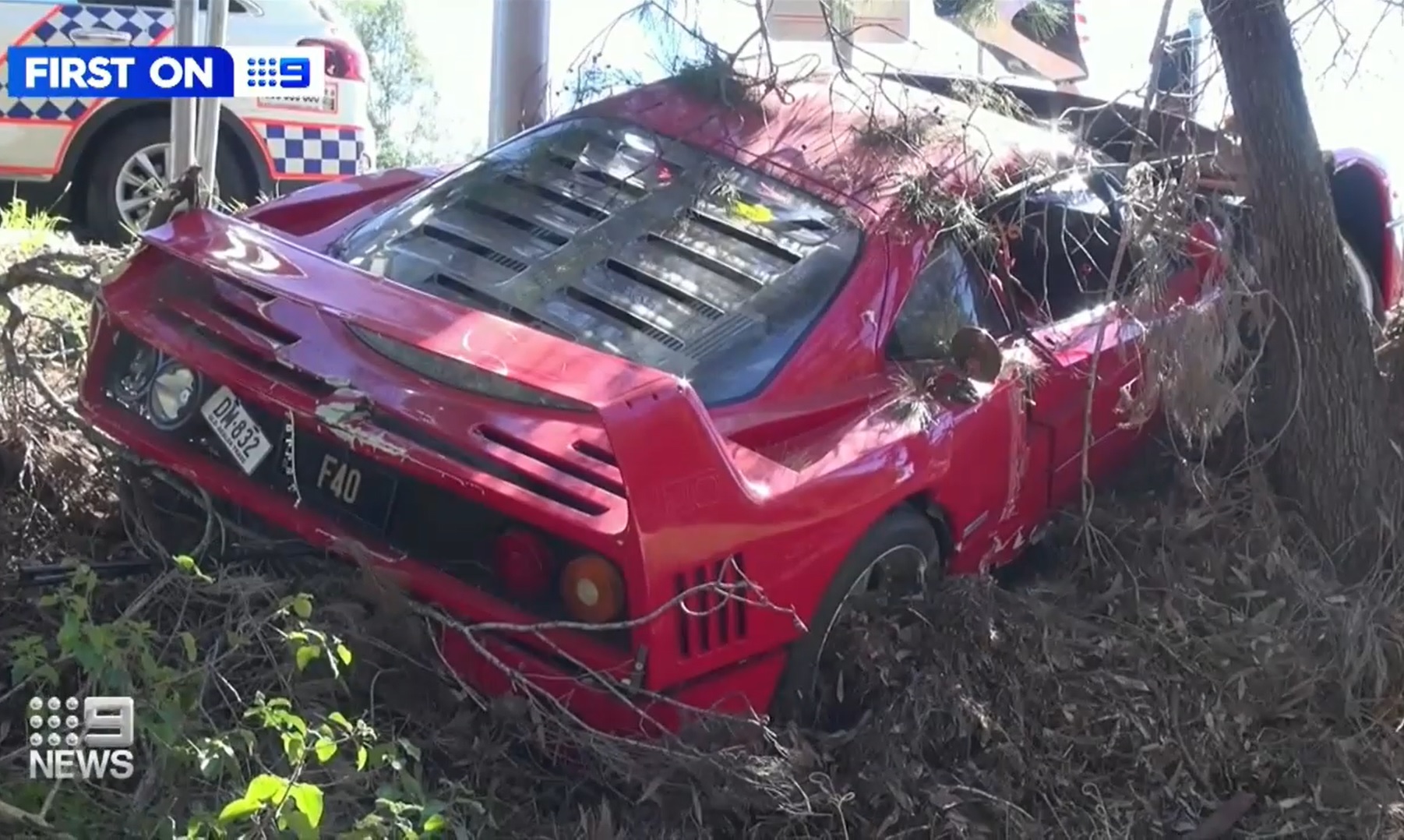 Warning graphic image for Ferrari fans: A rare F40 has been badly damaged on the Gold Coast pic: Nine News

This picture is enough to bring the tear to the eye of a true tifosi.

Ferrari fans around the world are weeping this morning after an iconic F40 was badly damaged in a high-speed accident near the Gold Coast yesterday.

It’s unclear how the accident happened exactly but photos and video from the scene suggest the Italian supercar has left the road at significant speed, knocking down traffic lights and road signs.

The good news is the driver and occupant were reportedly unharmed, but the car is significantly damaged. But while most cars with such extensive damage would likely be wrecked, the rare nature of the F40 means it is likely salvageable; albeit after lengthy and expensive repairs.

The F40 was the last Ferrari road car produced in Enzo Ferrari’s lifetime. Launched in 1987 it was designed to celebrate the brand’s 40th anniversary, hence the name.

Just over 1300 examples were in a five year production run, which was a massive increase from the original projection of just 400 cars. The F40 became an instant classic with its 2.9-litre twin-turbo V8 engine and at-the-time extreme, racing-style bodywork.

It was a popular choice for racing drivers of the era with Ferrari pilots Alain Prost and Nigel Mansell among its famous owners, as well as Jamiroquai frontman Jay Kay and Pink Floyd’s Nick Mason.