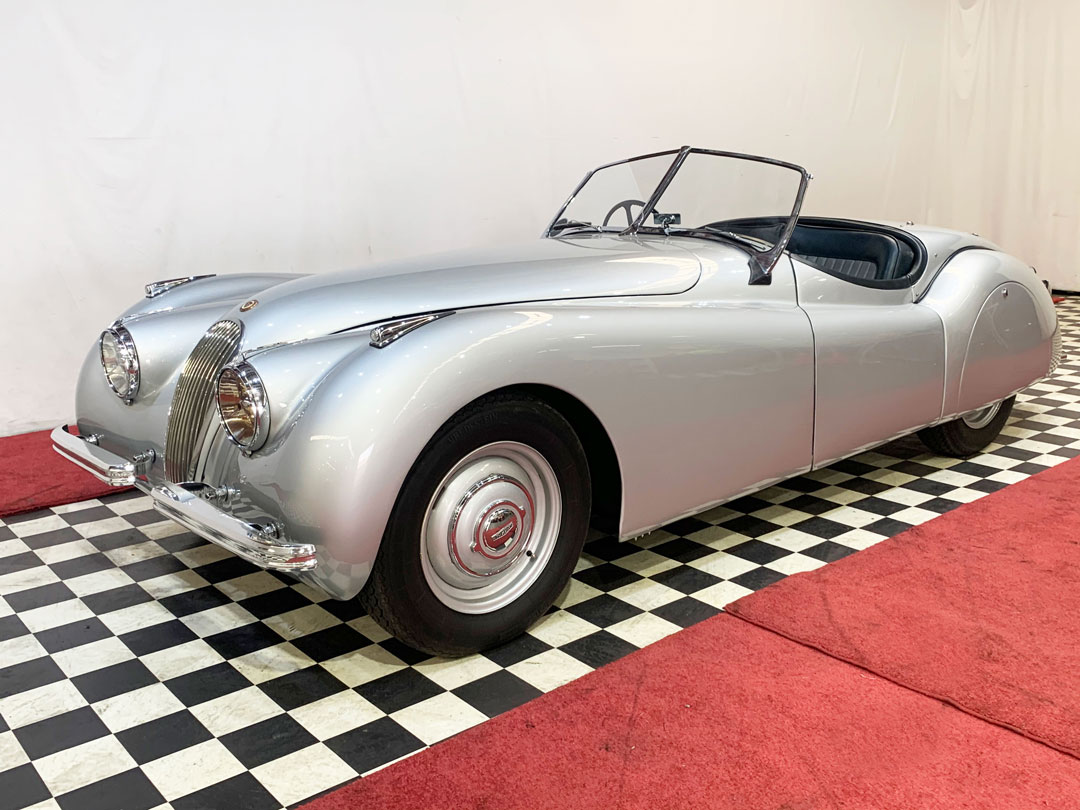 Lloyds Auctions Chief Operating Officer, Lee Hames, described the classic Jag as “ not just a work of art, but an important piece of motoring history”.

“We expect this car to sell well in-excess of six figures due to its strong history and presence in the media with international enquiry pouring in from the UK over the last week,” said Hames.

“The launch of the XK 120 reflected a turning point in Jaguar’s motoring history as the fastest car in the world at the time and it remains arguably one of the most beautiful British cars ever made.

“This car is 1 of only 58 right-hand-drive alloy bodied cars in the world and was even owned and driven by famous radio presenter John Laws, so it has some very special stories to tell.” 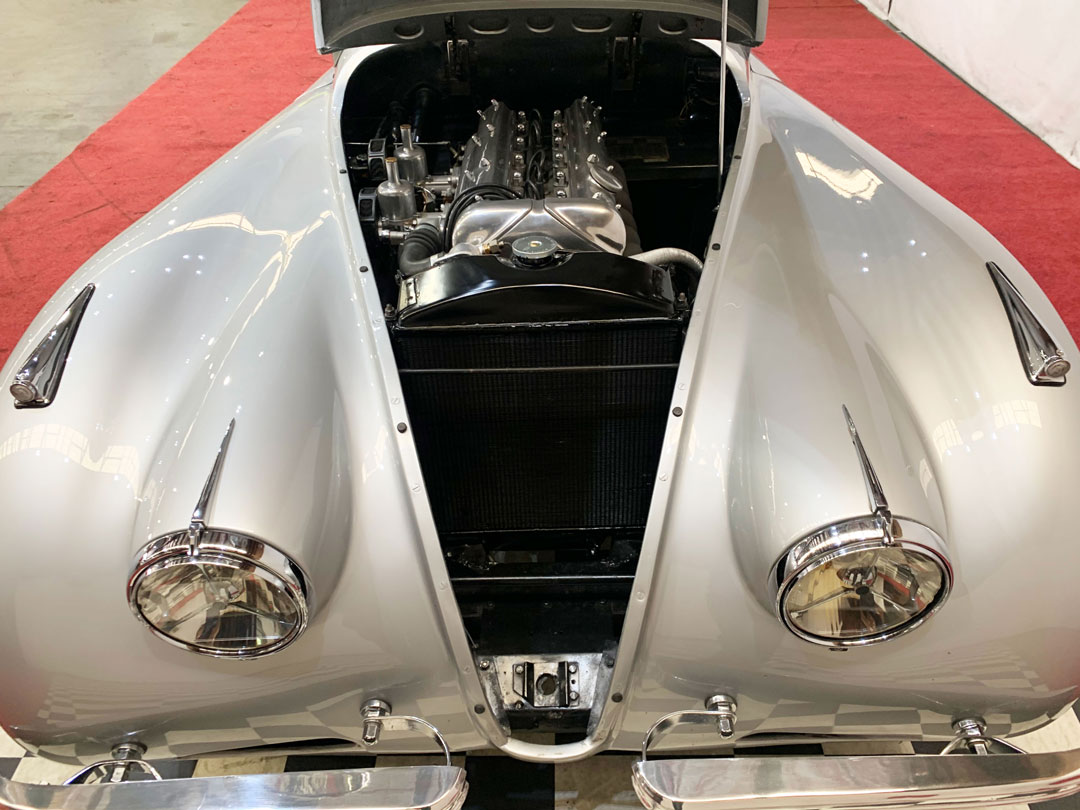 With just 24 hours remaining in the auction, the Jaguar had already reached a price of $177,000.

Because the car is one of only 58 right-hand-drive alloy bodied cars produced with original UK registration, it can return to the UK VAT free.

The Jaguar headlines a massive classic car auction consisting of more than 150 vehicles happening at Lloyds Auctions this weekend with their second online live streaming event since COVID-19 hit Australia this year.

The European Classic part of the auction also includes a 1975 Rolls Royce Silver Shadow, Ferrari F355 and six Porsches including a 1967 Porsche 912 coup.

The American Muscle portion of the auction includes an 800-horsepower 1969 Chevrolet Camaro Z28, 1957 Chevrolet Bel Air wagon and no less than nine Ford Mustangs, including a 1969 Mach 1 which comes without a reserved price. 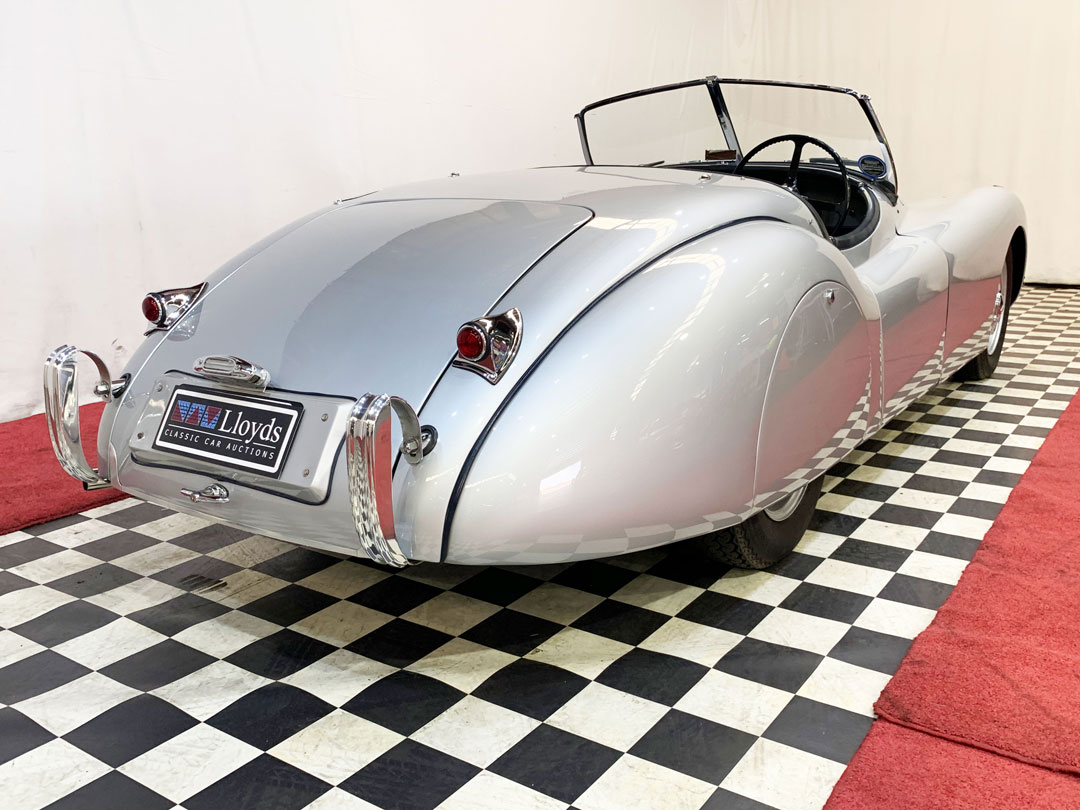 There are also no less than 13 bikes up for grabs including a custom 2015 Harley Davidson Night Rod Special.

“From American to Australian and European cars right through to Vintage bikes there is something for everyone in this auction this weekend,” said Hames.

For your chance to own a piece of iconic motoring history head to www.lloydsauctions.com.au where online bidding is now open with the auction ending this Saturday at midday.