This week will see the long-awaited unveiling of Supercars’ new Gen3 cars for the 2023 season and beyond.

While there’s plenty of interest seeing what the new Chevrolet Camaro and Ford Mustang look like, it hasn’t stopped speculation about who could come next. Supercars has admitted that an unnamed European manufacturer has expressed an interest in joining the Camaro v Mustang competition.

While there’s no official word expected anytime soon, let’s take a look at the most likely contenders – or at least the names most commonly linked – to entering the sport and assess the pros and cons of a potential move.

We can rule out Porsche and there are other low-volume brands, such as Maserati and Bentley, that can likely be dismissed safely. So let’s see who’s left to consider… 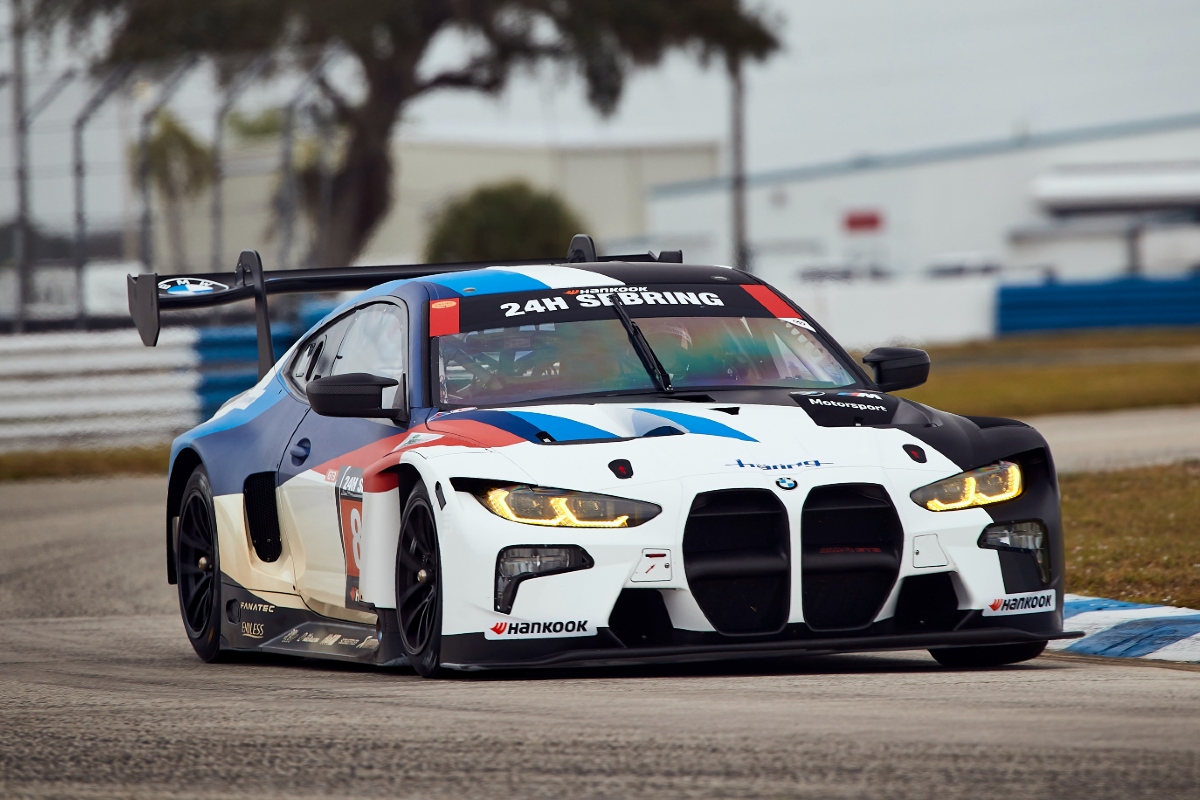 Pros: The Bavarian brand has been linked to the sport thanks to the WAU/Andretti-Formula E connections. While the company has denied it’s interested in the sport, BMW has a long history in local motor racing and recently launched a new-generation M4 coupe that would make an ideal challenger. Plus, BMW’s M division looks set to stick with petrol-powered performance for the foreseeable future, unlike some rivals

Cons: The arrival of the new M4 coincides with the introduction of the M4 GT3, which will be the company’s global customer racing focus. Plus there’s the issue of positioning BMW against Chevrolet and Ford, two brands it doesn’t see as marketplace competition. Mercedes has recent history in Supercars with Erebus Motorsport

Pros: The German brand has technically already been involved in the modern V8 Supercars era, albeit in a ‘customer racing’ capacity with Erebus. With a new C63 Coupe coming soon there’s an ideal car to line-up against the Camaro and Mustang.

Cons: Like BMW, positioning AMG against Ford and Chevy is probably a turn-off in the boardroom. Plus, the new C63 will swap a V8 for a four-cylinder turbo, so running a V8 in a would-be Supercar doesn’t make commercial sense. 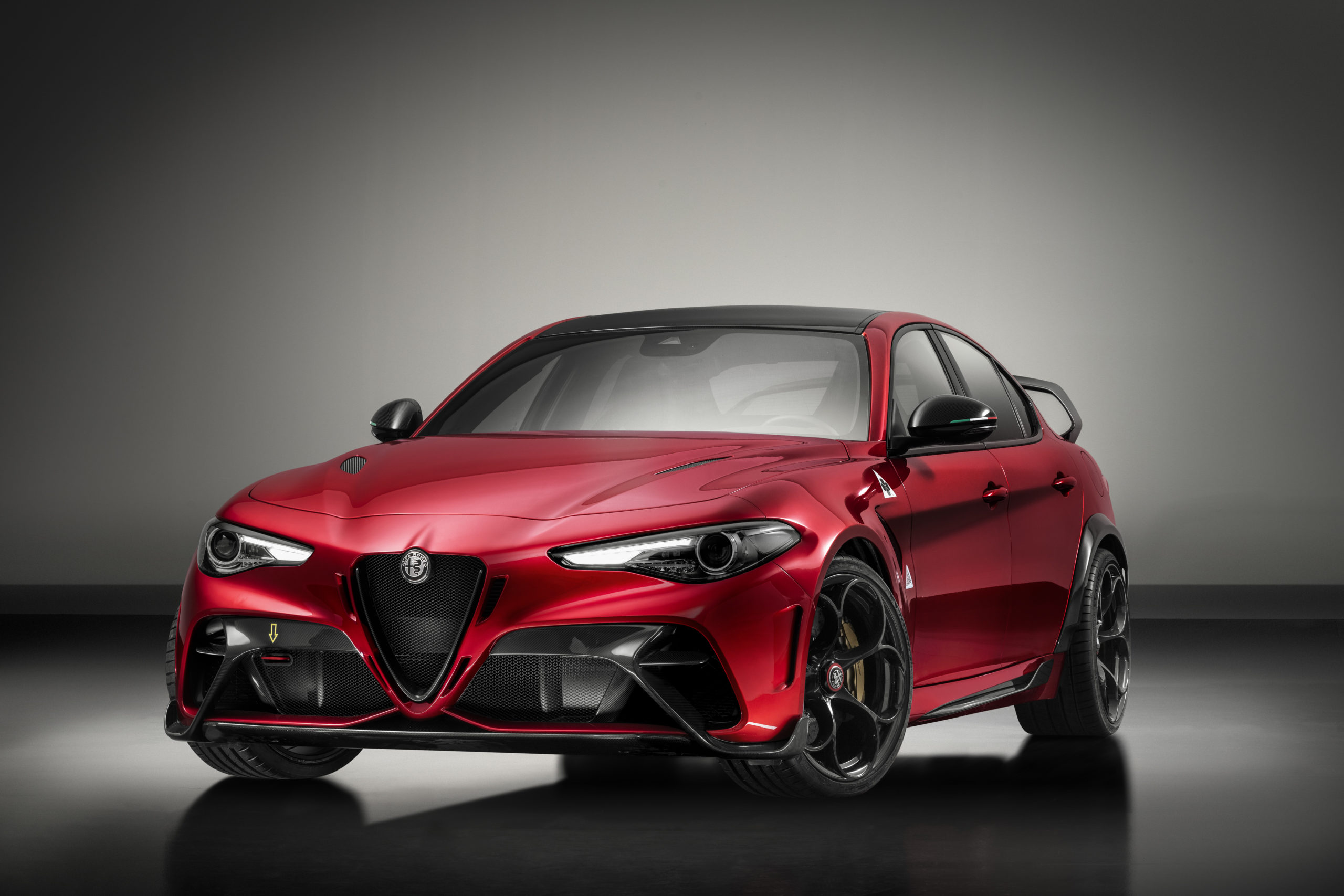 The Alfa Romeo Giulia GTAm would make for a suitable Supercar

Pros: The Italian brand is steeped in motorsport heritage, and is still active in Formula 1 (as a naming rights sponsor of Sauber), but despite this it’s mired in a legacy of questionable reliability and an up-and-down recent history. Which is why a Supercars program with its stylish Giulia sports sedan could be just what it needs to try and breakthrough to Australian buyers; similar to what Volvo attempted with its Supercar program.

Cons: Volvo’s three-year stint in the sport didn’t help it grow sales in any meaningful way, so that would give pause for thought within Alfa Romeo. The company’s impending switch to electric power is also likely to mean racing a V8-powered Giulia may not make much showroom sense in the near-future. Pros: While obviously not the European brand Supercars management has hinted at, Toyota continues to make a lot of sense as a fit for the sport. The Supra is relatively new, but has arguably reached the stage in its life cycle where it could do with a promotional boost – and what better promotion than winning the Bathurst 1000 or Supercars championship.

The Supra is a market rival to the Mustang, so it would make showroom appeal. Plus, entering Australia’s premier category would be a big image booster for a brand focused on increasing its enthusiast appeal with its ‘Gazoo Racing’ sub-brand (of which the Supra falls under).

Cons: The Supra is powered by an inline-six engine, so while swapping for a V8 is possible it would dent the showroom crossover potential. Toyota is also famous for demanding attention-to-detail and a high return on investment, so switching to Supercars would likely require a factory-backed program and that could cost millions. Given the success of its 86 racing series and its domination of Australian rallying, it may not need Supercars to boost the ‘GR’ image. Pros: Another Japanese brand that makes a lot of sense for Supercars to target. The new Z coupe is due in local showrooms in 2022 and will be a direct rival to the Mustang. Attracting the Z (and Supra) into the sport with two famous nameplates has the potential to lure a new audience to Supercars. The interest in ‘JDM’ cars like the Supra, Z and RX-7 has peaked in recent years thanks to the popularity of computer games like Gran Turismo and the Fast & Furious movies.

Cons: The first challenge would be convincing Nissan to return the sport after the problems it faced when it entered the Altima. Even if that could be overcome, Nissan is making a major electrification push which runs counter to a V8-powered sports coupe. Hyundai has pushed into the performance car market in recent years

Pros: The South Korean brand has been making a big push into the performance car market with its line-up of N vehicles. Now with four models on sale locally – the i30 N hatch, i30 Sedan N, Kona N and i20 N – Hyundai could do with a high-profile motorsports program to push this new image.

Cons: Unfortunately for Supercars, the TCR Australia series already allows it to push this new sportier side of the brand with ease. For starters, the i30 N TCR is a customer racing car already being used by HMO Customer Racing in the local series. Plus, Hyundai doesn’t have a suitable model that could line-up against the Camaro and Mustang.

Sister-brand Genesis would make more sense, at least in terms of it being a brand that needs a boost, but its premium image probably doesn’t fit Supercars racing. The Kia Stinger has long been seen as a potential Supercar

Pros: The Kia Stinger has been an obvious target for Supercars, being a like-for-like replacement for the Holden Commodore and Ford Falcon. Even though it’s not a coupe the Stinger could make a competitive Supercar, particularly with the category designing the rules to equalise the performance of the various models.

Cons: There are two major hurdles for Kia to get involved. The first is that the South Korean brand arguably doesn’t need the sport to help it grow sales, it already raced up the sales charts on the strength of its product.

The second major issue to overcome is the likelihood that the Stinger won’t be replaced due to underwhelming sales. Instead the brand’s new hero model will be the electric EV6 crossover.

Let us know in the comments or on social media which brand or model you’d like to see in Supercars?