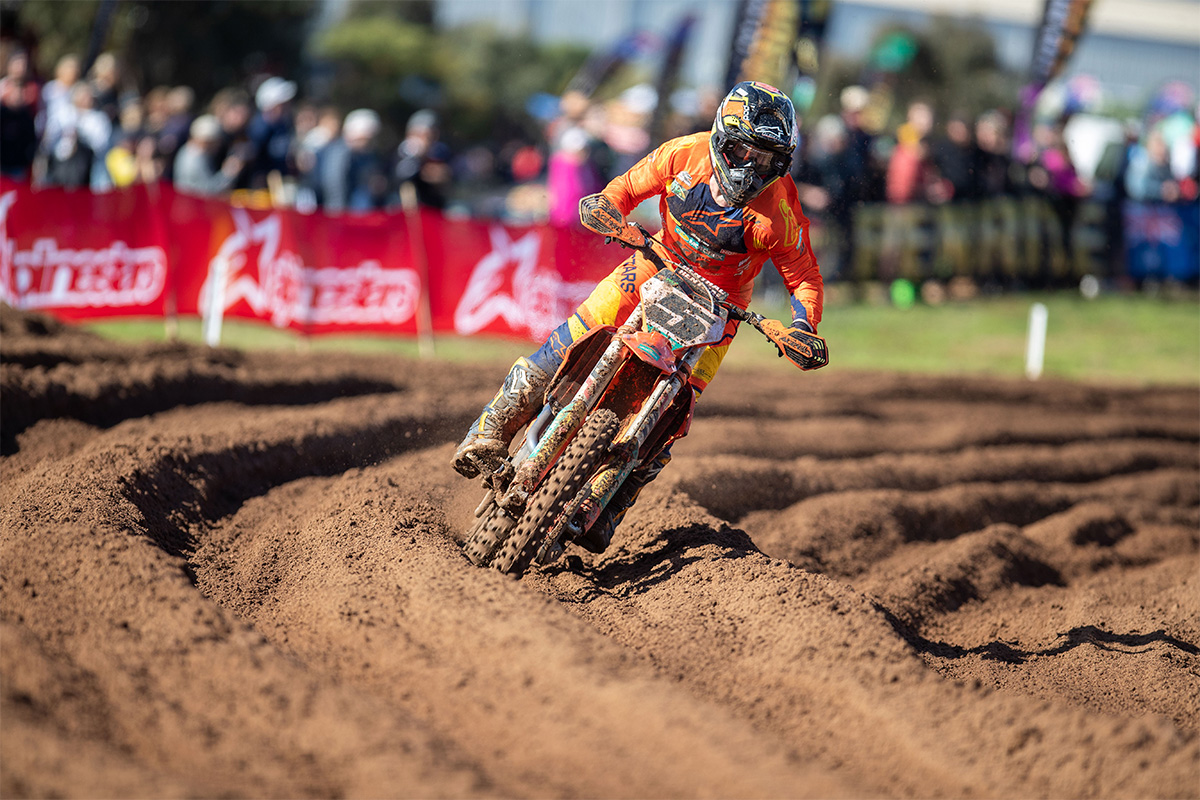 Kirk Gibbs and the KTM Racing Team experienced podium success at the fourth round of the 2022 Australian ProMX Championship at Gillman in South Australia today, scoring third overall with two commendable performances.

Gibbs started the day by securing third gate pick courtesy of a 2m03.016s set in the Top 10 Shootout and carried that front running form into the first moto.

In the opening laps Gibbs found himself in third, before he was relegated to P4, albeit briefly as he quickly made a move that elevated him back into the top three, notching third place in race once.

A spirited charge during the second moto saw Gibbs quickly work his way to fourth, then make a move for third in the closing stages before setting his sights on the leading duo.

While Gibbs made significant ground in the last four laps, he missed out on victory by just 3.1 seconds and notched another third-place finish.

The KTM 450 SX-F rider sits fifth in the MX1 championship standings as the series moves to Maitland, NSW, on 26 June for round five.

Kirk Gibbs: “It was really good today, I was consistent and third across the board. I’m happy with the way I rode, starts let me down a little bit, but all in all it’s my first podium for the year and hopefully keep building from here. A lot of people have been working really hard behind the scenes, so hopefully we can do a little bit more again before Maitland and only get better.”