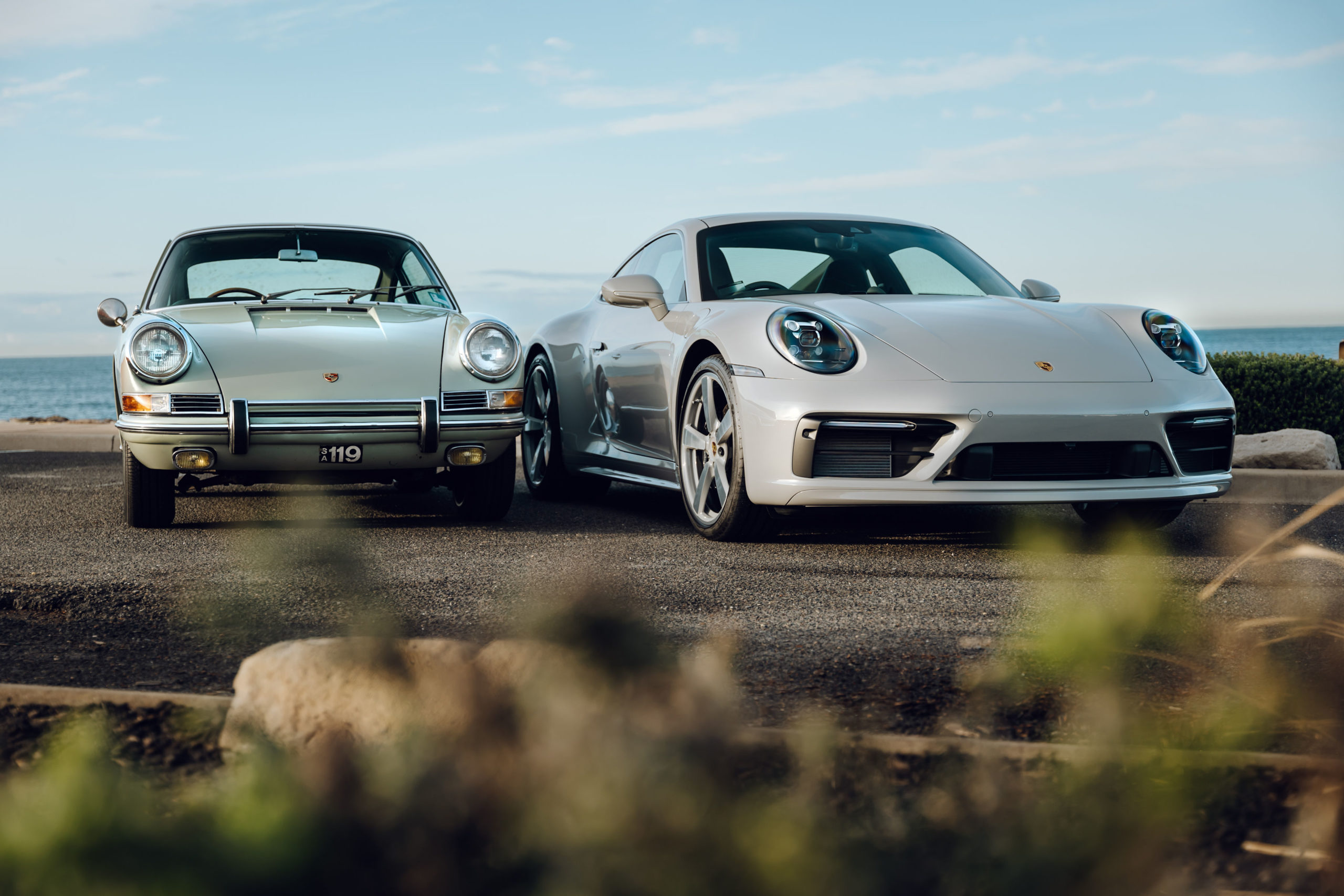 Buying a Porsche is a special moment in any instance. But buying one that meets your exact personal taste is something else.

And that’s what’s possible thanks to the brand’s Porsche Exclusive Manufaktur program that allows you to customise almost every aspect of your new vehicle. To showcase what the program can do, Porsche Centre Melbourne and Porsche Centre Sydney South teamed up to create a pair of remarkable 911 Carrera S models.

Put simply, they tried to create the first Porsche sold in Australia.

“The concept was to take the 1965 911 and reimagine that car and what we could do with it in 2020,” explained Dean Williams, new vehicle sales manager at Porsche Centre Melbourne.

So using Porsche Exclusive Manufaktur the two dealerships set about trying to match the ‘65 911 as closely as possible. The original is finished in ‘Steingaur’ (or Stone Grey in English) so the closest current paint colour – Crayon – was chosen and it extends onto the rear engine cover slats in an homage to the ‘65 model. The 2020 Porsche 911 interior pays tribute to the original

The modern interpretations also include Exclusive Manufaktur SportDesign side skirts, body-colour mirrors and high-gloss trim to try and closely match the exterior look.

The changes continue inside too, with the 2020 models featuring green leather with Crayon-colour contrasting stitching on the seats and a timber trim that resembles the green seat leather and maple yellow timber in the ‘65 model. “It’s incredible that 55 years on from the original 911 delivery to Australia, we can now replicate some of the features in the modern vehicle. It showcases that the 911 is timeless,” said Lee Hallett, general sales manager for Porsche Centre Sydney South.

Each of the two new models will be displayed at the respective showrooms and are available to buy for anyone who wants a modern 911 with a touch a retro appeal. Naturally there are some major differences between the old and new 911s with the latter using an eight-speed dual-clutch transmission, instead of a five-speed manual, and riding on staggered 20-/21-inch alloy wheels.

Porsche Exclusive Manufaktur is available at all Porsche Australia showrooms, but the Melbourne and Sydney South dealerships are the flagship operations, with staff specifically trained to guide owners through the process of designing the Porsche of your dreams.

Personalisation has become a key battleground for high-end car manufacturers with most major brands allowing extensive scope for buyers to tailor the car to their personal taste.