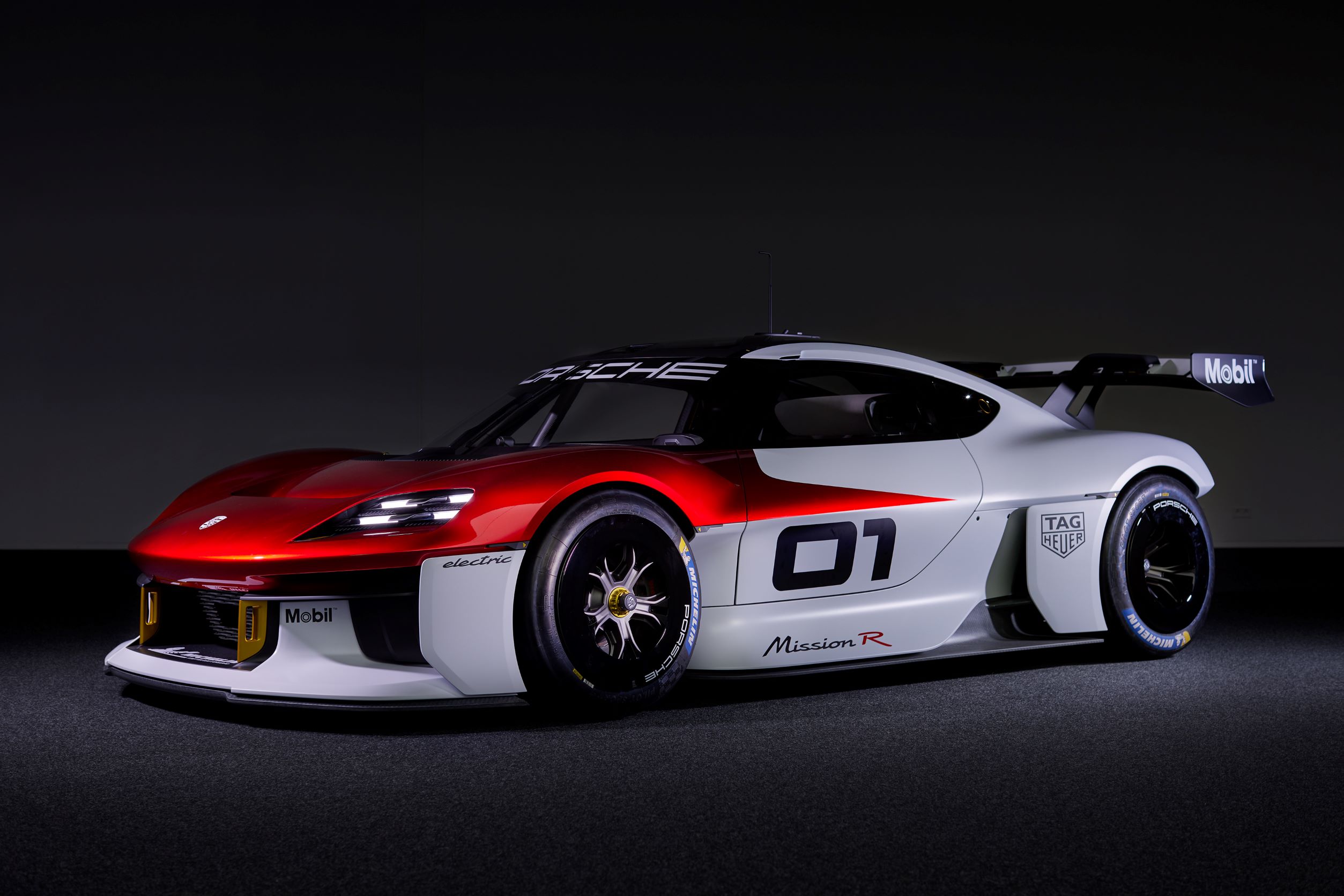 This stunning machine is the Porsche Mission R, and it’s the future of electric performance from the German sports car giant.

Designed by Porsche’s racing department Mission R previews a likely one-make racing car that should hit the track by 2026 at the latest. It would run alongside Porsche’s successful Supercup and national Carrera Cup championships, which by that time should all be powered by the brand’s synthetic efuel.

This split strategy on the track would mirror the showroom too, with the Mission R also giving us our first glimpse at an electric replacement for the 718 Cayman. Beneath the racing bumpers and fenders the silhouette of the next-generation 718 is visible in the design of the Mission R. Because while headed up the racing division, the brand’s road car stylists were heavily involved. 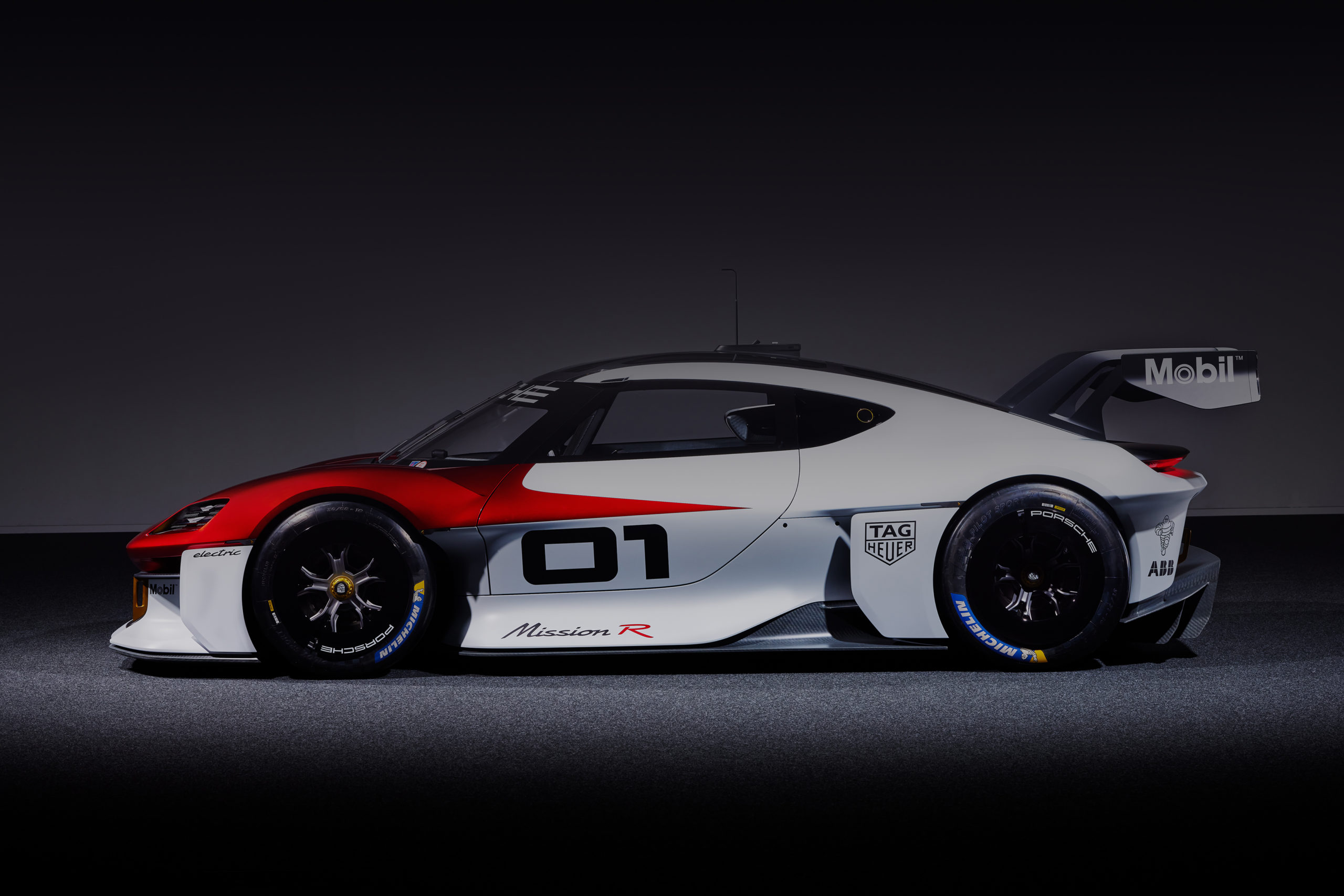 It’s no secret Porsche is considering offering an electric version of the next 718 Cayman and Boxster, which would allow the brand to target EV sports car buyers while still retaining the petrol-powered 911 range.

Porsche’s vice president of 911 and 718 model lines, Frank-Steffen Walliser, told Australian media, including Torquecafe, in 2020 that electrification is a distinct possibility for the next model.

“The next generation of 718 will be on the market in 2026,” he said. “So we have to consider [a new engine]… Six cylinders… or something way more different. Electric is one of those options,” Walliser revealed.

The Mission R is powered by an electric motor that sits in the middle of the car, where the engine resides in a current 718, with the batteries mounted on the floor for optimal weight distribution and centre-of-gravity. The company claims the powertrain in the Mission R is good for 800kW of power in “qualifying mode” and sends all that grunt to the tarmac via an adjustable all-wheel drive system. 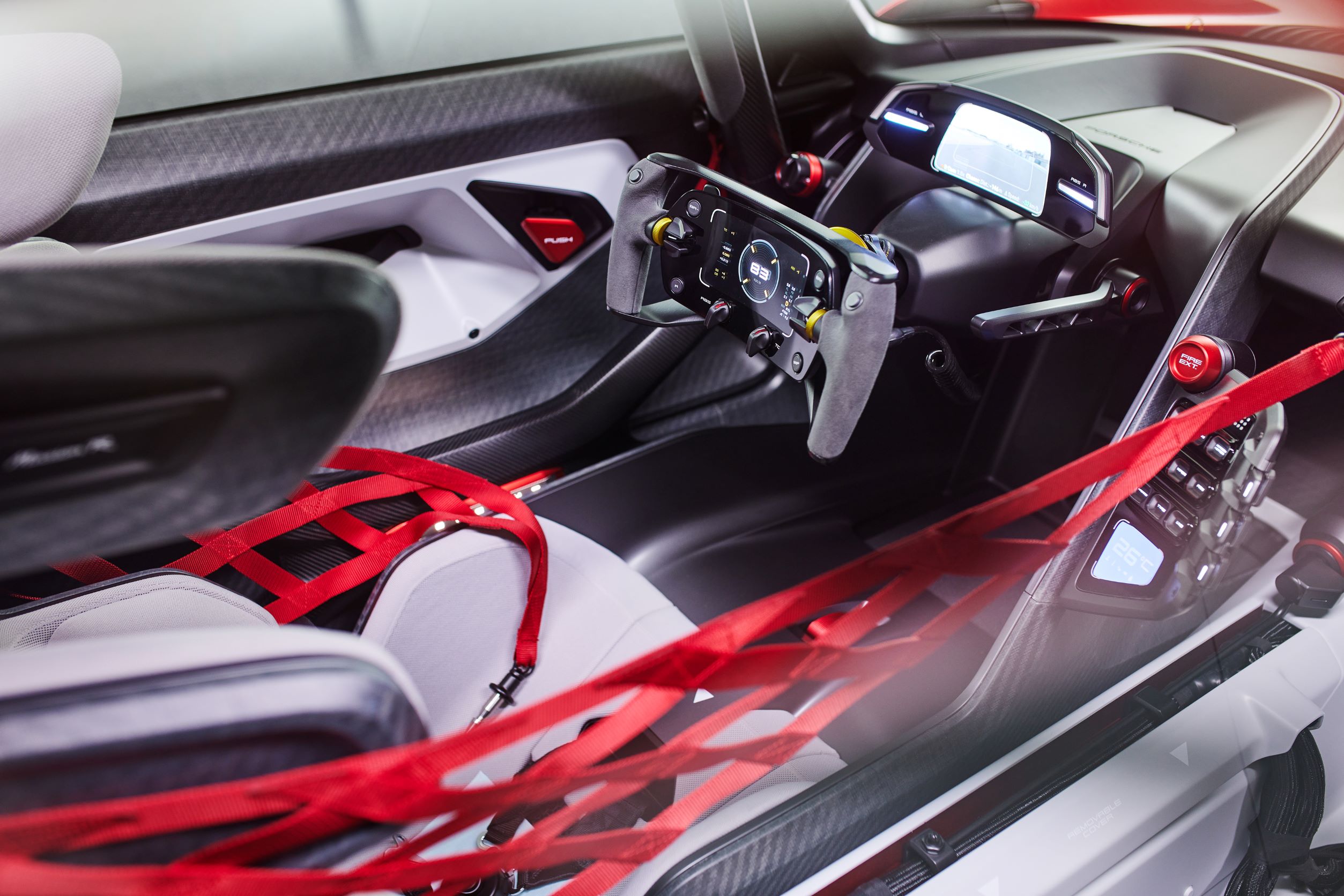 Porsche isn’t ready to reveal all the details about its latest creation but said the performance target for the designers and engineers was to fit the gap between 911 GT3 R and the Carrera Cup racers.
It also announced that the battery packs should be strong enough to allow for races between 30 to 40 minutes in length, when the series gets up and running.

It’s not just the drivetrain that’s revolutionary, inside the Mission R features a raft of unique elements that could eventually make it into a future racing model. The biggest, literally, is the driver’s cell which incorporates the seat, steering wheel and pedals and can be completely removed from the car to be used as a simulator.

Another interior innovation is the roll-cage, which is fully-integrated into the overall cabin design – including the roofline – and made from carbon fibre. There’s also an in-built helmet dryer and sanitiser, while the instrument panel is inspired by the electric Taycan production car. 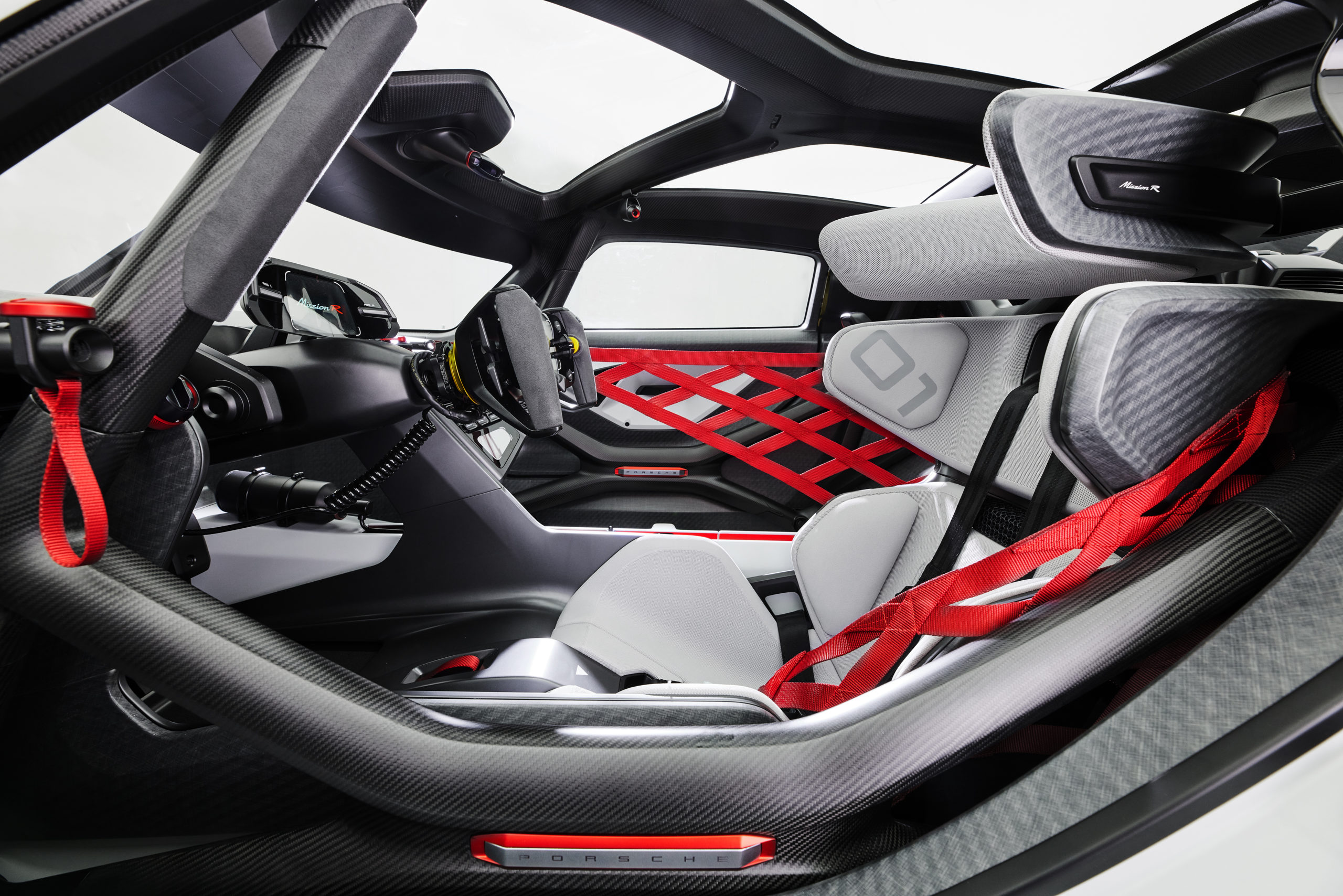 The wild-looking exterior isn’t just for show either, it features a drag reduction system (DRS) on both the front and rear bodywork. While the rear wing is fairly conventional, at the front the side air ducts can be open or closed depending on the DRS use at the rear. Porsche believes this allows for better aero balance between the two ends of the car when DRS is deployed, but should also allow for better performance down the straight.

While the Mission R may never see a racing grid, expect the next-generation 718 Cayman to spawn an all-electric racing variant that will owe its existence to the car you see here.