One rare Ferrari with two owners: The 18 year mystery is headed to court

One rare Ferrari with two owners: The 18 year mystery is headed to court 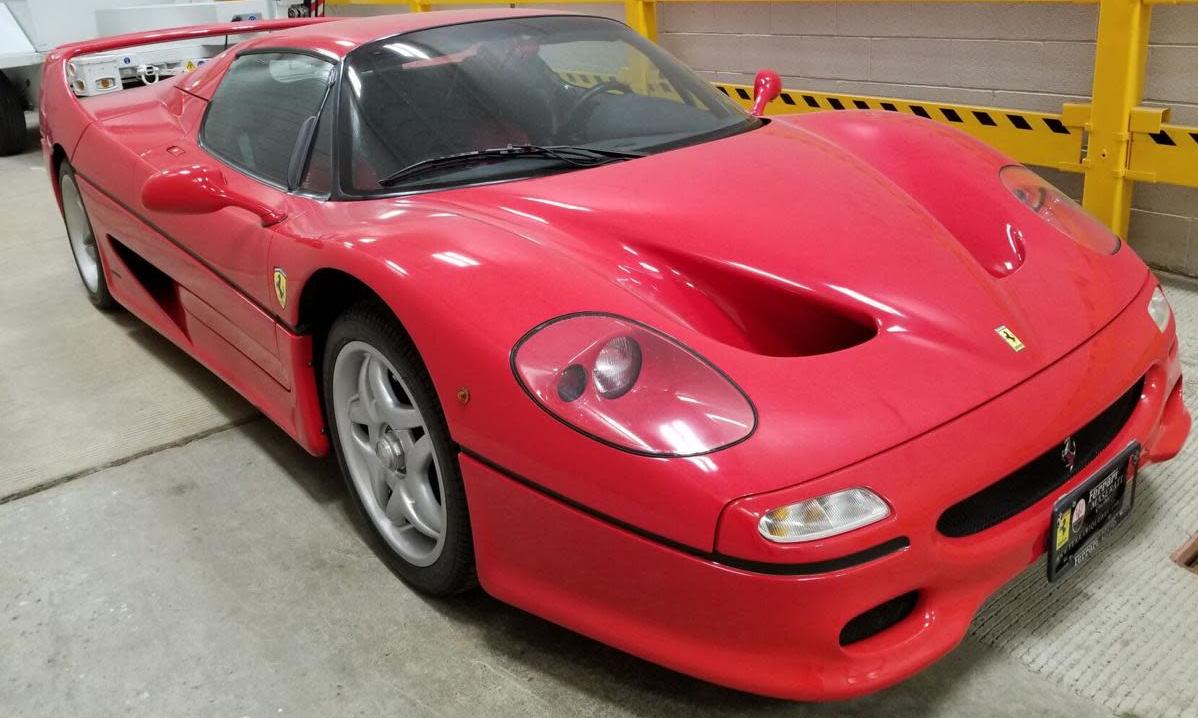 A US court will decide who owns this Ferrari F50 – 18 years after it was stolen Pic: US Attorney’s Office

The riddle surrounding a rare Ferrari supercar that stretches back almost two decades and reportedly spans the world, is finally headed to court to be resolved.

The US Attorney’s Office announced last week that it will look to find a solution to a long-running dispute over a rare 1996 Ferrari F50 seized by US Customers and Border Protection (CBP) back in December 2019. In a saga worthy of a Hollywood mystery movie, when CBP inspected the car as it was crossing the border from Canada to the USA they discovered that this V12-powered machine wasn’t as it should have been. A strange “black tar type substance” was found on the VIN plate, which led CBP to seize the car and investigate further.

When they did that CBP discovered that this particular F50 was reported stolen in Italy way back in 2003. So the original owners have come forward asking for their car to be returned. The catch is, a Miami resident (the one importing it from Canada) paid more than $1.5 million for the car in 2019, so naturally he wants the car too. Oh, and that’s not all, because according to a local news report in Buffalo, where the car was seized, it reportedly spent time in Japan after it was supposedly pinched and exported from Italy. Thankfully no one from Japan has tried to make this a three-way ownership fight.

So, with CBP not wanting to get caught between the disputing owners the case has been sent to the US Attorney’s Office for resolution.

“After investigation, my Office determined that it would not be appropriate for us to exercise our authority and forfeit this extremely valuable and previously stolen luxury car,” stated US Attorney James Kennedy Jr. “Instead, after an 18-year odyssey, which we know took it across continents and countries, we have decided that the time has come for a court of law to determine the rightful owner of the vehicle.”

There’s obviously a lot on the line for all involved, with only 349 examples of the F50 ever made, it’s one of the most in-demand Ferrari supercars. F1 superstar Sebastian Vettel recently sold his, for an undisclosed price, as part of a bigger garage sale. Ferrari F50 have been advertised in recent years for as much as $4m in Australia – so whoever wins the tug-o-war will get a truly grand prize.