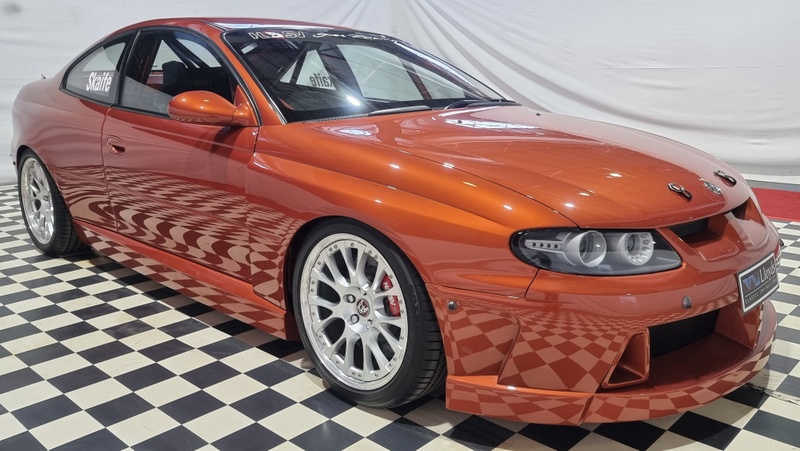 Even at a time when Australian-made cars are notching record auction prices the HSV GTS-R Coupe concept stands out. This is a literal one-of-a-kind Aussie muscle car, boasting an impressive pedigree and with plenty of history behind it – despite never reaching its full potential.

Lloyds Auctions has this up for grabs at its sale at the end of September, alongside the trio of Yellah HSV GTSR and GTSR W1 we reported on earlier this week, and for any serious Holden collector this will be hard to resist. With more than three weeks left to run (at the time of publication) the one-off GTS-R has already attracted a $250,000 bid.

The HSV GTS-R Coupe was revealed at the 2004 Sydney Motor Show, during the boom years for the Lion brand. Based on the Holden Monaro the GTS-R Coupe was designed exclusively for the track, with plenty of Holden Racing Team knowledge used for its development. The GTS-R Coupe was meant to be a track-day special, with plans for a Carrera Cup-style one-make series reportedly in the works at the time. Despite receiving orders for the car, HSV decided against putting the GTS-R Coupe into production and so this show car was the only one ever completed.

It was kept by HSV until 2017 when it was sold to a private collector. Given its rarity there is a chance it could become the most expensive locally-made car, beating the $2m Ford Falcon GTHO Phase IV sold earlier this week.

While built for the motor show display, this is a fully-functional prototype. It’s powered by a 6.0-litre ‘LS2’ V8 making 335kW, paired with a six-speed manual gearbox sending power to the rear wheels. But that’s only the beginning of what HSV did. To improve its handling HSV also fitted Ohlins adjustable dampers with remote canisters and new anti-roll bars. There’s new, larger brakes with 374mm carbon ceramic rotors up front, clamped by six-piston calipers.

Given the expected sale price and significance of the car, Lloyds is requiring all bidders for this car to pre-approved.

Check out all the details of this remarkable car here.