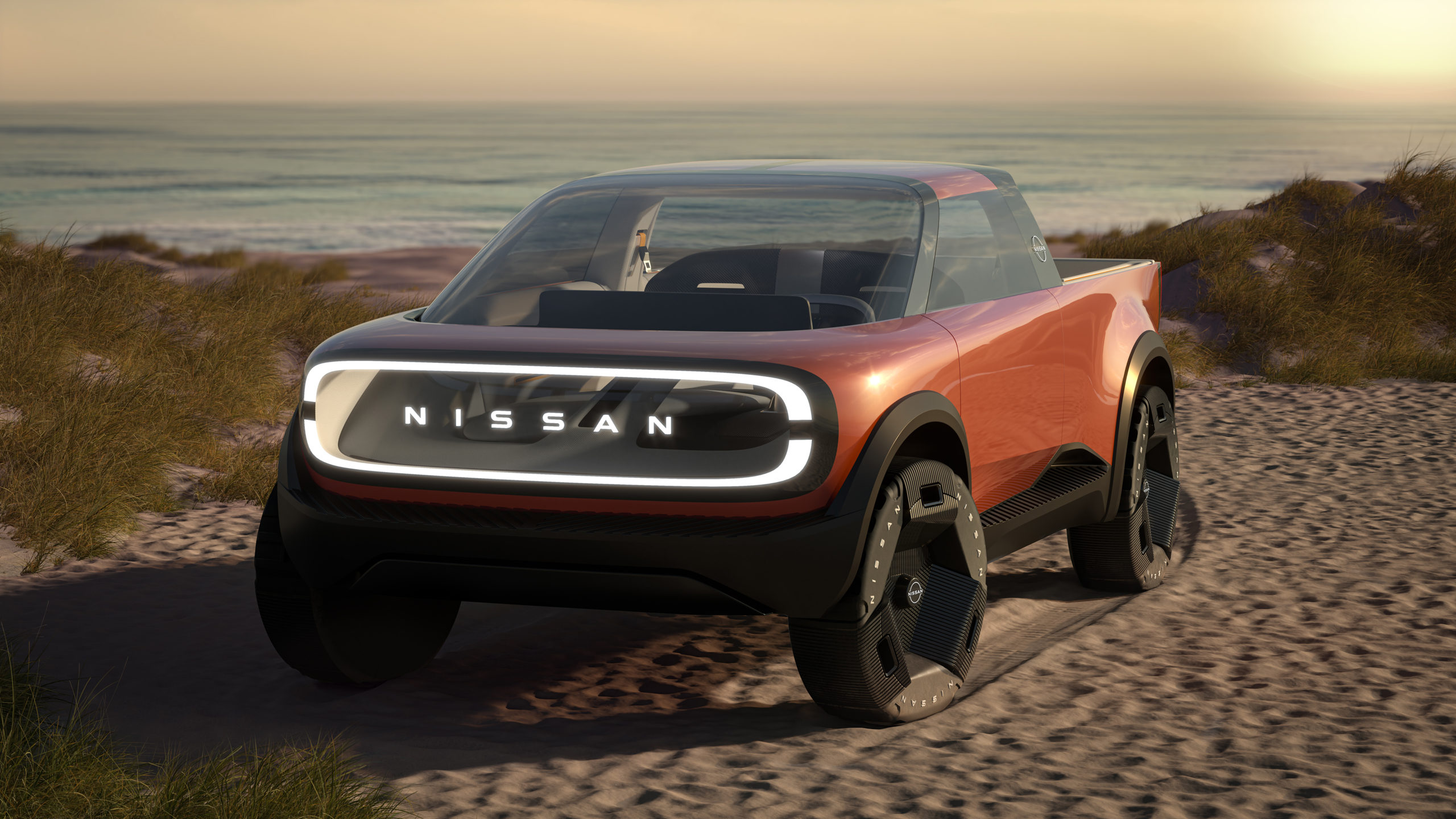 This could be the future of Nissan.

Unveiled as part of the company’s new electrification targets – dubbed Nissan Ambition 2030 – this electric ute and convertible sports car concepts could soon sit alongside, or even replace, the Navara and Z.

Nissan is aiming to dramatically increase the sales of its all-electric and unique plug-in hybrid e-Power models over the course of the next decade. The ultimate goal is to have the car company be carbon neutral across the life cycle of its vehicles by 2050; which includes both production, usage and recycling. 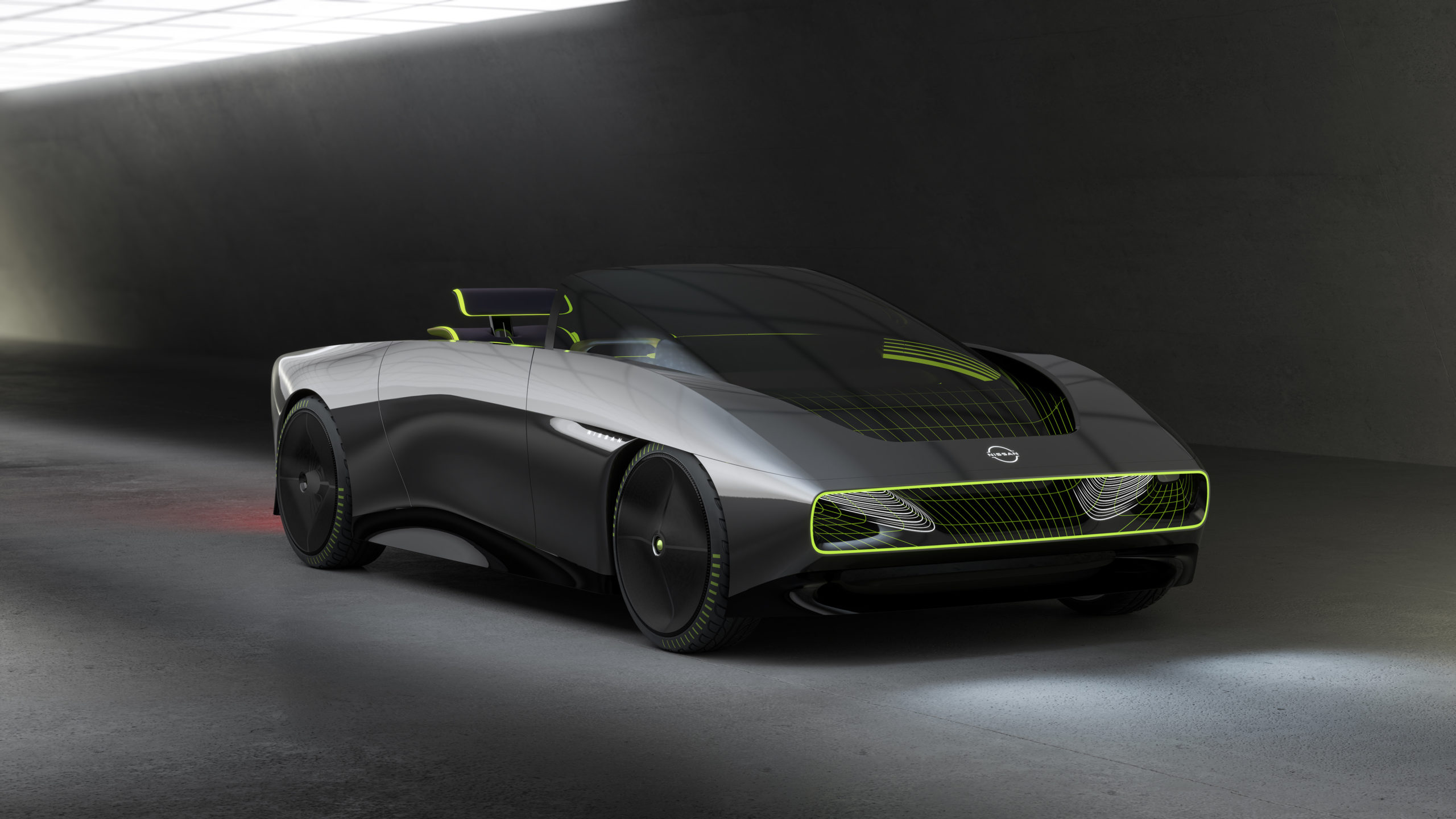 “The role of companies to address societal needs is increasingly heightened,” Uchida said. “With Nissan Ambition 2030, we will drive the new age of electrification, advance technologies to reduce carbon footprint and pursue new business opportunities. We want to transform Nissan to become a sustainable company that is truly needed by customers and society.”

While existing models like the Ariya EV and next-generation X-Trail with e-Power are likely to form the basis for the brand’s sales, that didn’t stop Nissan from trying to get people excited by the possibility of an all-electric line-up. 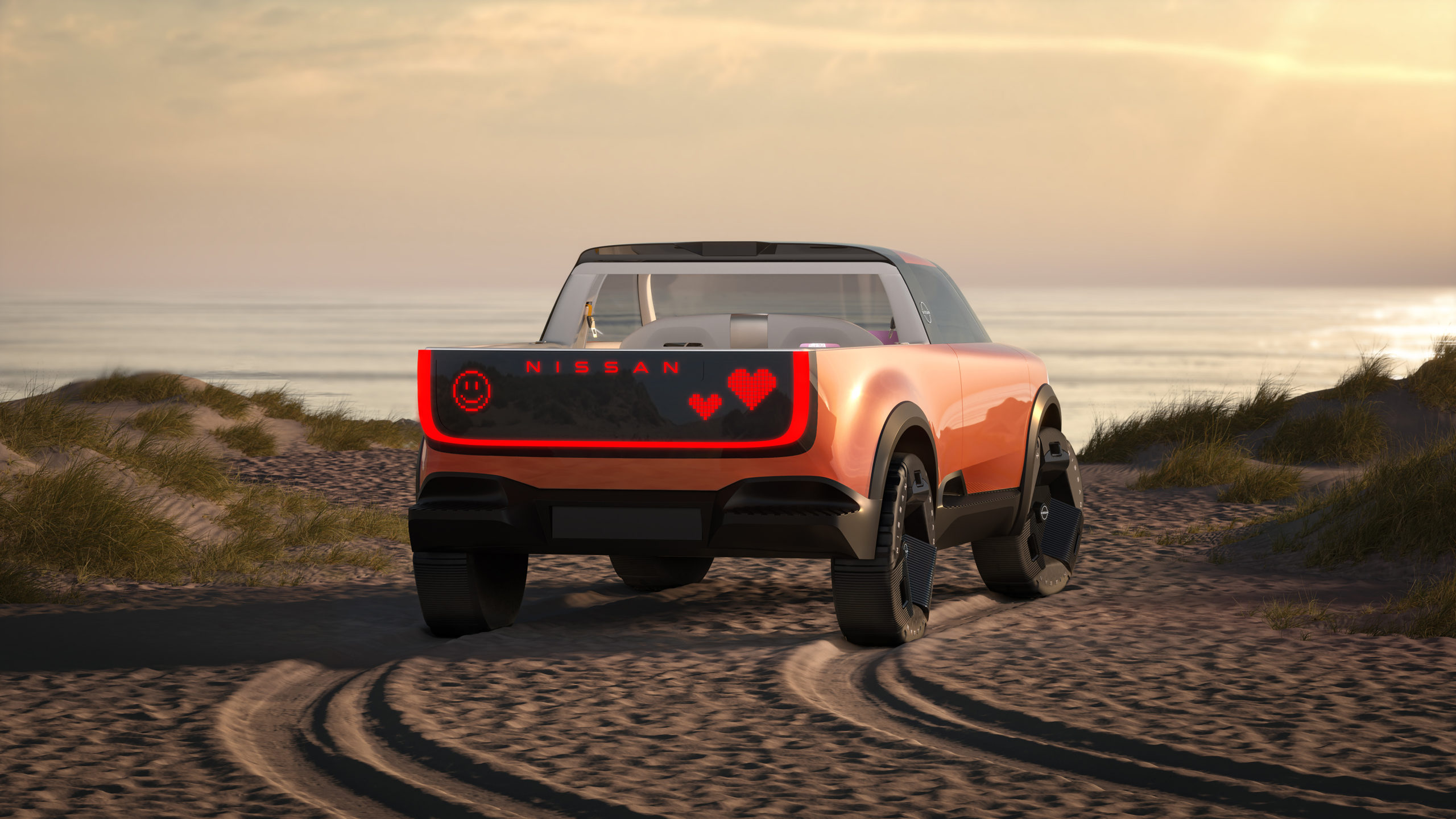 To showcase this new era Nissan has developed four concept cars – the Chill-Out (compact SUV), the Max-Out (convertible sports car), Surf-Out (ute) and Hang-Out (off-roader). While none are confirmed for production – although the Chill-Out is likely to become a new entry-level compact SUV model to replace the Leaf – they do give an idea of what we can expect from Nissan’s future.

For Australia’s ute-loving population the Surf-Out will be the most interesting, given it effectively previews an electric version of the Navara. According to Nissan this future ute could have electric all-wheel drive – which it’s calling e-4orce – as well as extended cargo area thanks to the smaller battery packs. It could also utilise the batteries to power electric devices when the car isn’t being used, like electric cookers when camping or power tools for tradies; something Ford does with the F-150 Lightning.

The digital display on the tailgate that can send messages or emojis to whoever is behind you seems less likely to appeal to present and future ute buyers. The other noticeable concept is the Max-Out, a very different take on a sports car from the recently-revealed Z. This convertible features only two seats but the passenger’s one can move to create more interior room if you don’t need to take anyone.

Nissan claims the Max-Out features the e-4orce system and would be ultra-lightweight with a “very low” centre of gravity.

“Dynamic cornering and steering response are balanced with limited body roll to optimize driver and passenger comfort, creating a feeling of oneness with the car,” the company says it the presentation.