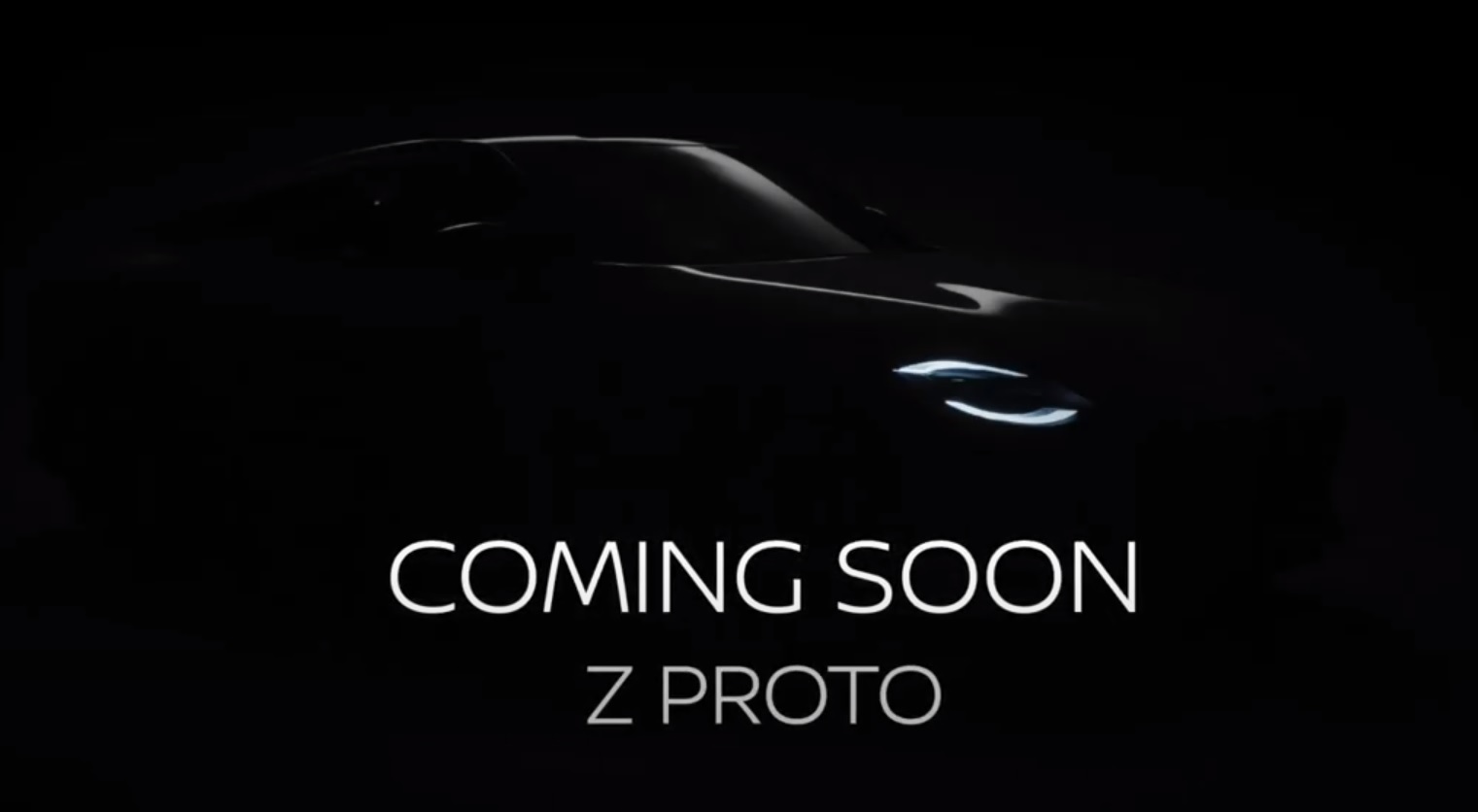 Nissan has confirmed the ‘Z Proto’ will be unveiled in September

After years of speculation Nissan has finally confirmed when it will reveal its long-awaited, next-generation Zed – and it’s sooner than we thought.

The Japanese brand will show off the replacement for the 370Z on September 15, only months after admitting a new model was coming. Or at least the company will give us a taste of what’s to come.

Nissan released a video this week showing off all the highlights of the Zed through the years but crucially finished on a shadowy image of the new model, or to be precise, the ‘Z Proto’. This suggests we’ll see a thinly-disguised prototype version of the new model, rather than the finished product, but it should still provide a good indication of what to expect.

While still unofficial it’s expected the 370Z replacement will be badged 400Z and that’s not the only intel we have on the car.

Nissan confirmed and begun teasing the new Zed in May

Nissan is expected to make use of the same underpinning as it’s luxury brand’s Infiniti Q60 coupe as well as its 3.0-litre twin-turbo V6. It will replace the current naturally-aspirated 3.7-litre V6 that pumps out 245kW/363Nm and up performance to a possible 300kW/475Nm.

The 370Z launched back in 2009 and its while most sports cars do have a longer lifecycle than traditional passenger cars and SUVs, its extended run raised questions over Nissan’s commitment to keeping the relatively low-volume model.

FIRST LOOK: What we know about the new Nissan Zed

However, speaking at its annual press conference in May Nissan president and CEO Makoto Uchida confirmed the brand’s commitment to both the Zed and GT-R, despite cuts to the rest of its range.

Uchida said it was important to keep the sports cars to maintain the brand’s “passionate” customers as well as the company’s “Nissan-ness”.

The Zed car has been a part of the brand’s range since 1969 when the Fairlady Z hit the market.