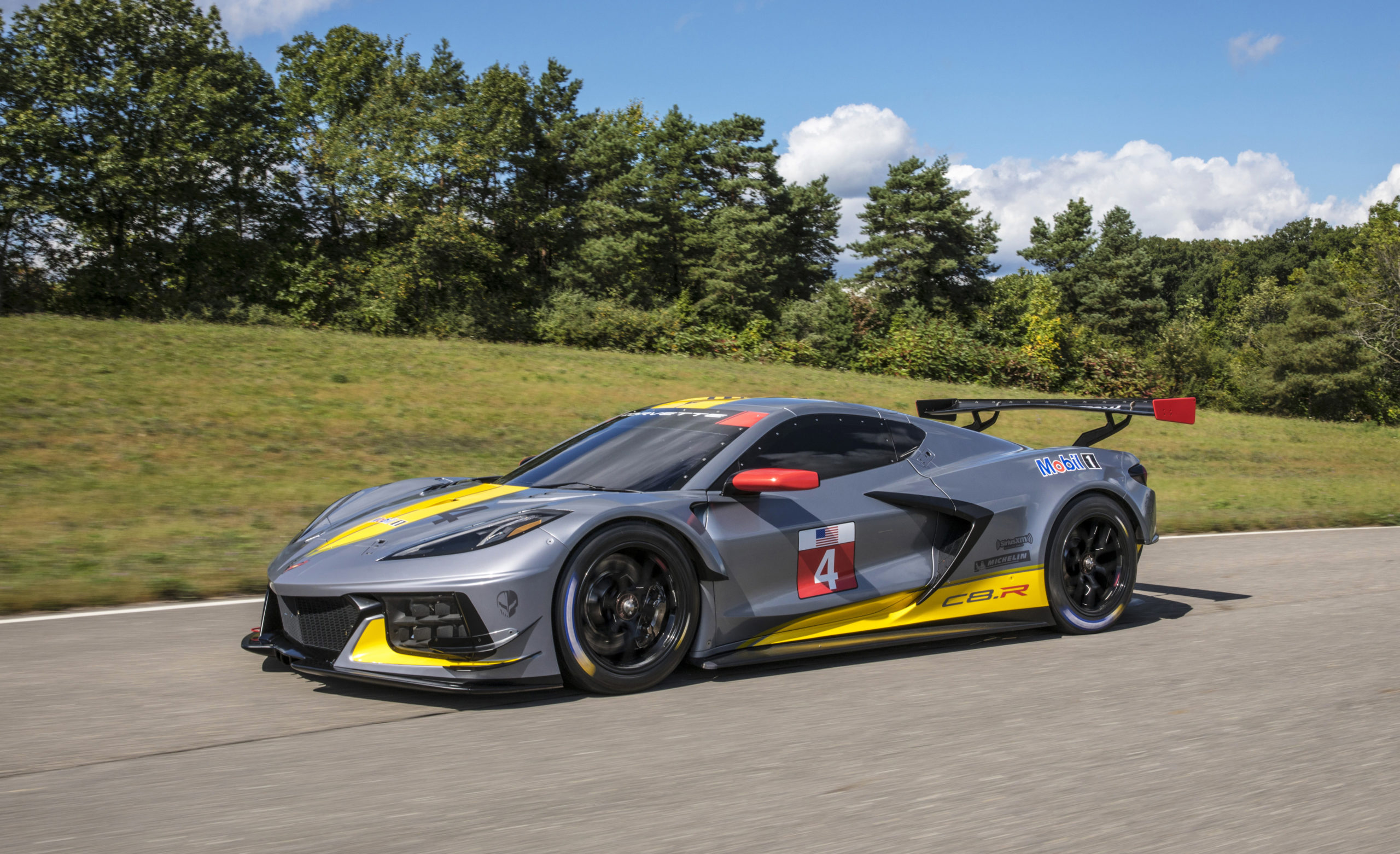 Chevrolet is taking another leaf out of Ferrari’s book to ensure its new Corvette C8 is a true global supercar threat.

The American brand is reportedly set to debut a new V8 featuring a Euro-style flat-plane crank to help it hit a 9000rpm redline. According to US publication Car & Driver the latest intel on the Z06 is it will share its engine with the C8.R GT-LM race car already competing in the IMSA Sports Car series.

The engine is a 5.5-litre double-overhead cam, 32-valve bent-eight that has been designed to take on the best from Europe, including the Ferrari F8 Tributo, McLaren 720S and upcoming Aston Martin Vanquish. However, unlike its competition it’s believed that Chevrolet is skipping force induction and instead opting for a high-revving, naturally-aspirated V8.

It should still be good for 447kW of power (600hp), which is a healthy amount of performance but is still a step backwards from the C7 Z06 which made 485kW from its supercharged 6.2-litre V8.

But don’t worry if that’s not enough grunt for you, because there’s still the rage-topping ZR1 to come. That’s expected to be completely unleashed, adding a pair of turbochargers to the 5.5-litre V8 and adding a hybrid boost to take its power to a whopping 671kW – that’s 900hp in the old money. It’s rumoured the hybrid system will squeeze electric motors under the front bonnet of the C8, sending power to the front axle to make it the first all-wheel drive production Corvette.

There’s no official timing on when either of these new models will break cover, but Car & Driver is tipping the Z06 will come first when it hits US dealers in early 2021. The ZR1 is therefore likely to stay under wraps until 2022 at the earliest.

If and when the Corvette C8 Stingray makes it to Australia remains uncertain. Having originally been confirmed to join Holden showrooms having been engineered for right-hand drive for the first time in its history, General Motors decision to close Holden has left the Corvette’s future unclear.

At the time of the Holden closure announcement GM executives made it clear work was continuing on the right-hand drive program. They also indicated that the American company wanted to maintain a presence in the Australian market under a ‘GM Specialty Vehicles’ banner, likely selling converted Silverado pick-ups and other niche models. The Corvette would fit with those plans, as a low-volume but high-margin sports car but there has been no further announcement from GM or Holden abouts its plans in 2021 and beyond. But stay tuned…