Mercedes-AMG’s GT3 car for the road coming down under

Mercedes-AMG’s GT3 car for the road coming down under 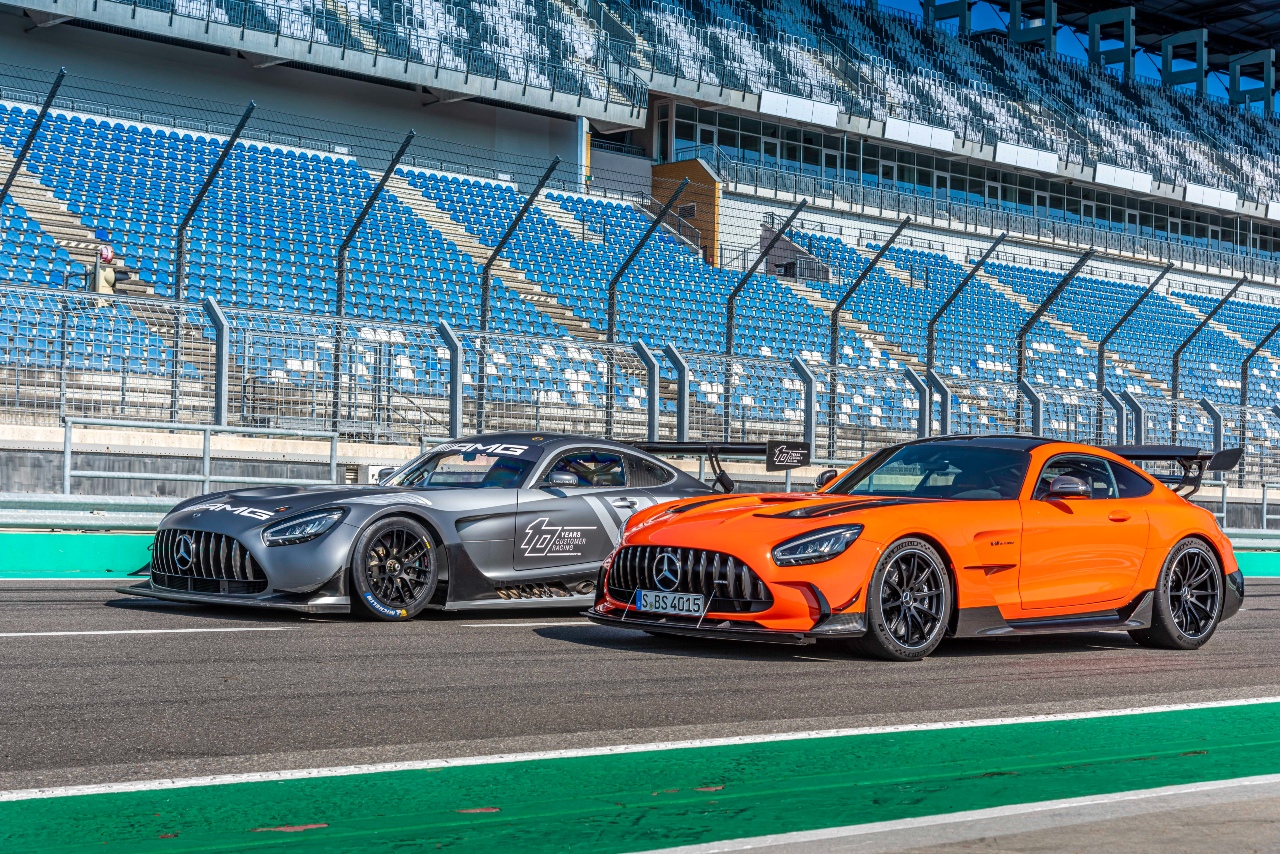 The new Mercedes-AMG GT Black Series with its GT3 counterpart

Twenty-eight lucky Australians will get their hands on Mercedes-AMG’s remarkable GT Black Series.

Mercedes Australia has confirmed the local allocation of its road-legal but track-ready supercar, but also revealed each one already has an owner waiting for it. That’s despite a price tag of $796,900 (plus on-road costs), which is more than double the price of the ‘entry-level’ GT S ($317,435) and the red-hot GT R ($368,335).

Local customers will also have the opportunity to personalise their cars further, with the first orders set to be delivered by the second quarter of 2021. 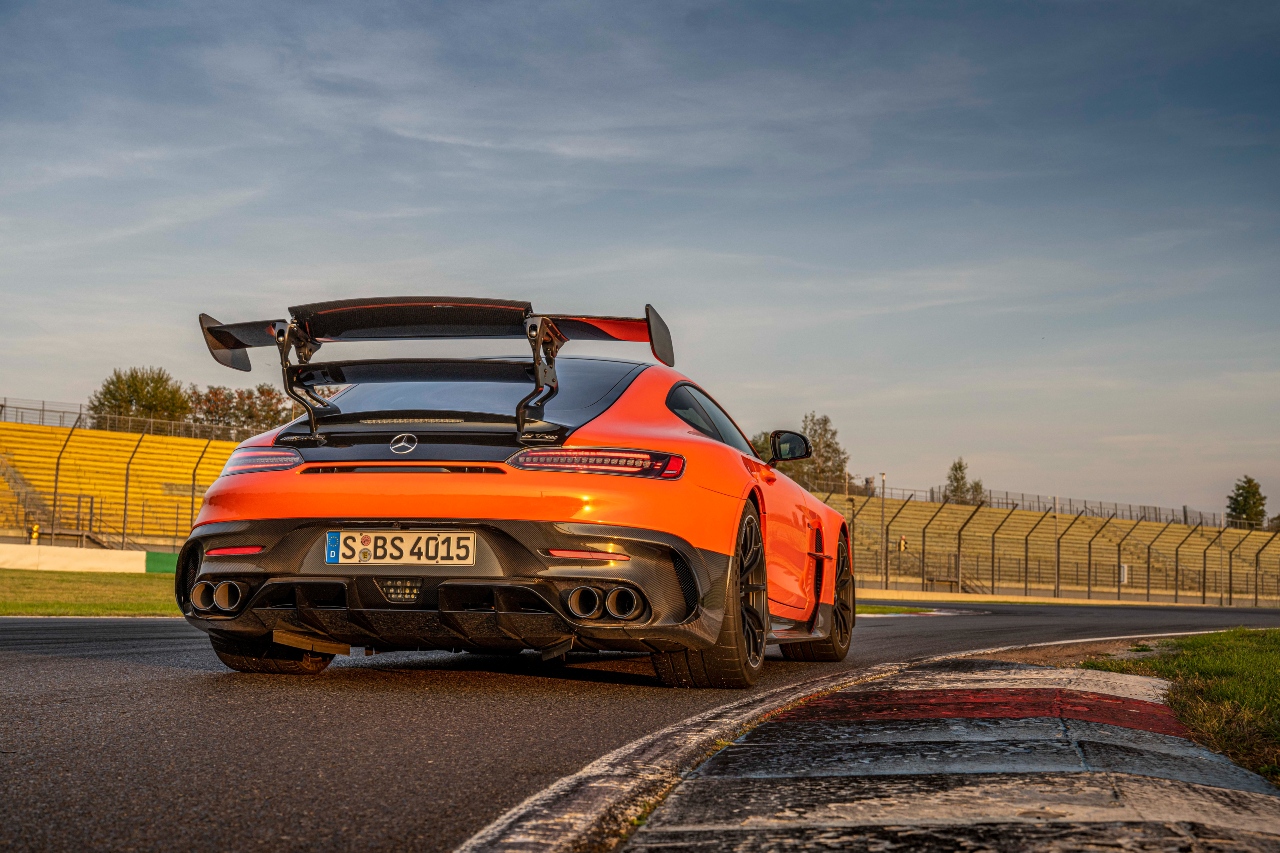 While it’s a lot of money, the GT Black Series is a lot of car.

Power comes from the same basic 4.0-litre twin-turbo V8 engine as the rest of the GT range, but it’s been extensively upgraded with a new flat-plane crankshaft and new turbos, among other things. The result is it now makes 537kW of power and 800Nm of torque; compared to 430kW in the AMG GT R Pro. 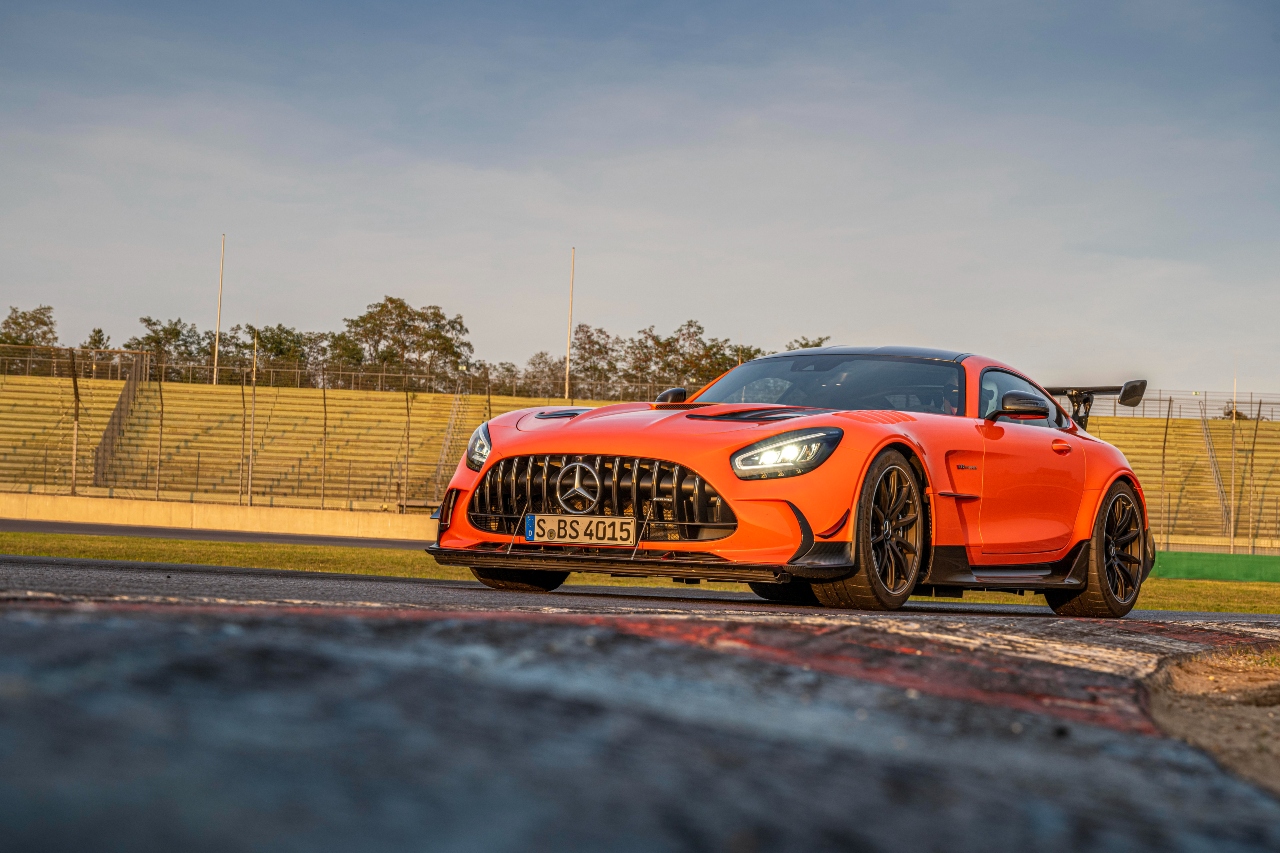 AMG has always prided the Black Series of being the most complete and track-capable model in its range, so the modifications extend well beyond just adding power. There’s a raft of aerodynamic changes inspired by the GT3 and GT4 racing variants of the AMG, to ensure it handles bends with as much ease as it does straights.

So there’s a new carbon fibre front-splitter with two settings – Street and Race – to provide optimum downforce when hot-lapping, while still being able to handle speed bumps.

There’s also a new all-carbon fibre bonnet with a pair of large exhausts that extract air from under the bonnet to further increase downforce whilst also aiding engine cooling. The same goes for the front guards which also feature louvres to channel air from underneath the wheel arches. 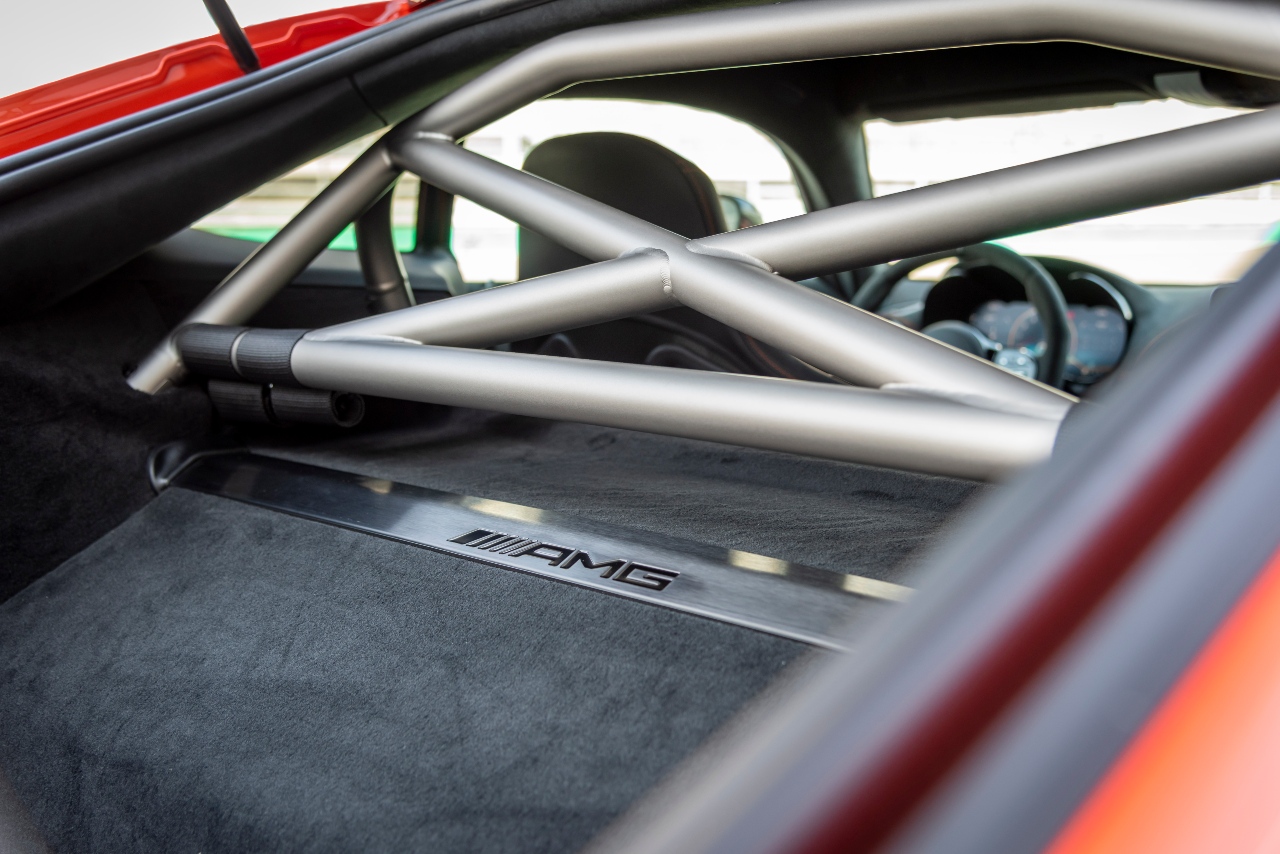 Underneath, where you can’t see, there’s underbody paneling to channel air more smoothly to the huge rear diffuser. And, in case you missed it, there’s the enormous, double-plane rear wing that’s also adjustable.

And just in case all that wasn’t enough for your next track day, Mercedes Australia has confirmed all locally-bound Black Series will be fitted with the Track Package, which is optional in the rest of the world. It adds a lightweight titanium rollcage and four-point racing-style harnesses for both the driver and passenger.