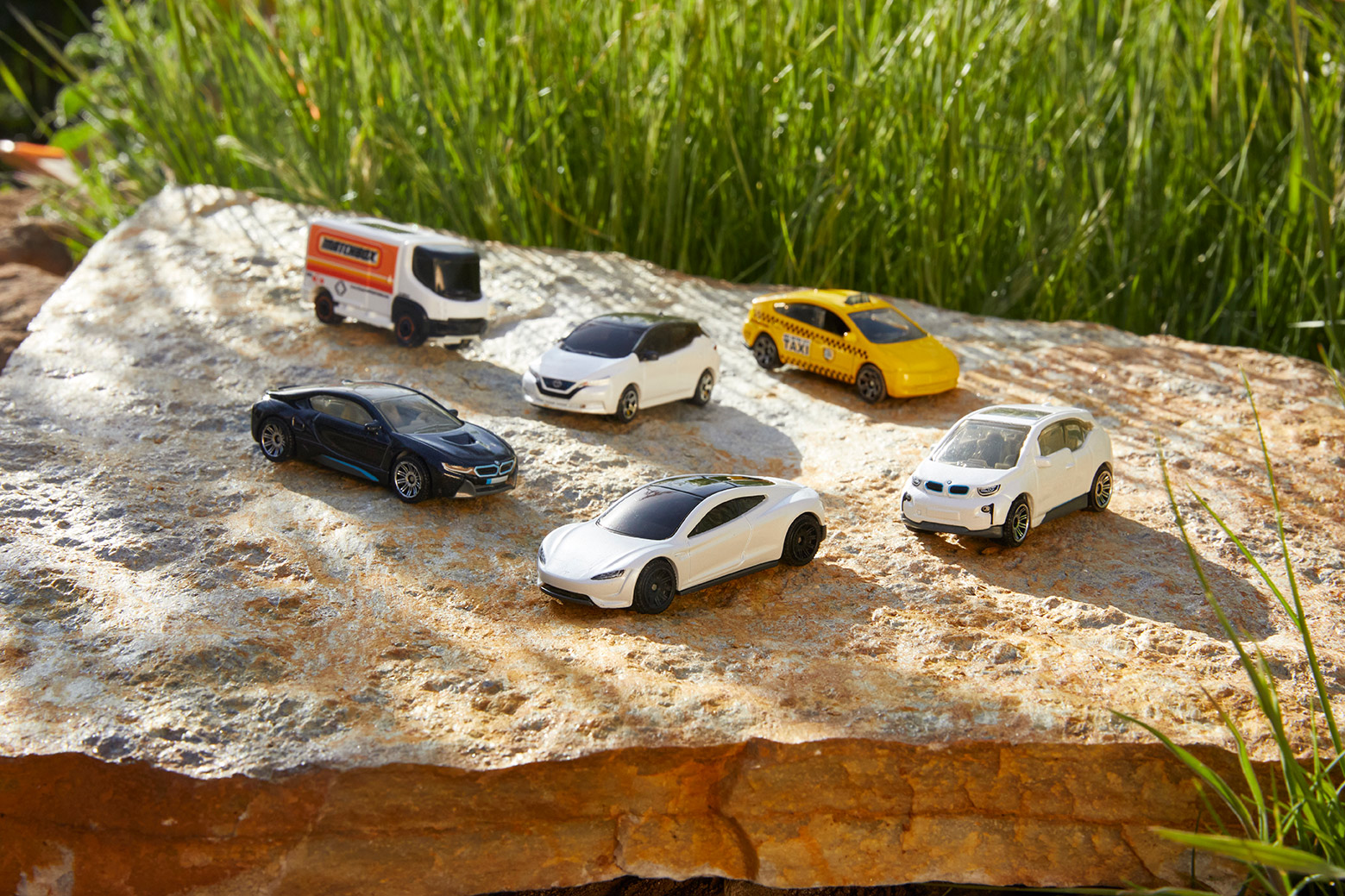 As the automotive world moves towards a more environmentally-friendly future, it seems that no corner will be left untouched, even the toy cars kids play with. Toy giant Mattel has announced a range of Matchbox cars that will use recycled material and be carbon neutral.

Matchbox even beat Tesla to production of the American brand’s second-generation Roadster. While the real model isn’t due to go on sale until next year, the Matchbox version of the new electric sports car has been unveiled. 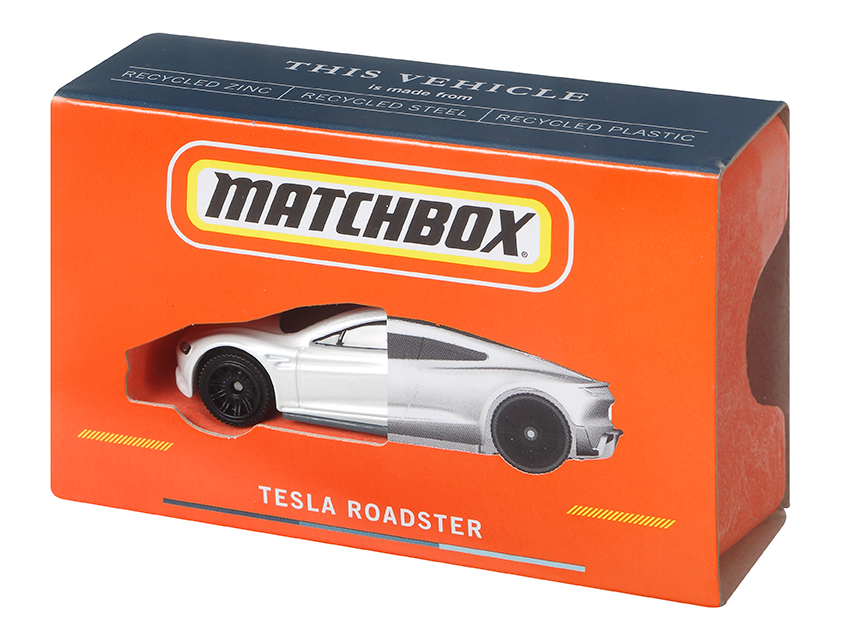 The 1:64 scale Tesla Roadster is made from 99 per cent recycled materials and certified carbon neutral. Mattel is using recycled zinc and steel for each car and even the packaging is recycled too and no longer contains plastic.

The Tesla is only the beginning too. Matchbox has announced plans for a range of electric and hybrid models that will join the Tesla as a carbon neutral toy. These include the BMW i8 and i3, Nissan Leaf and a Toyota Prius taxi. There will also be a refuelling station, with both petrol and diesel bowsers as well as an EV charging station, so kids can learn about the future of motoring. 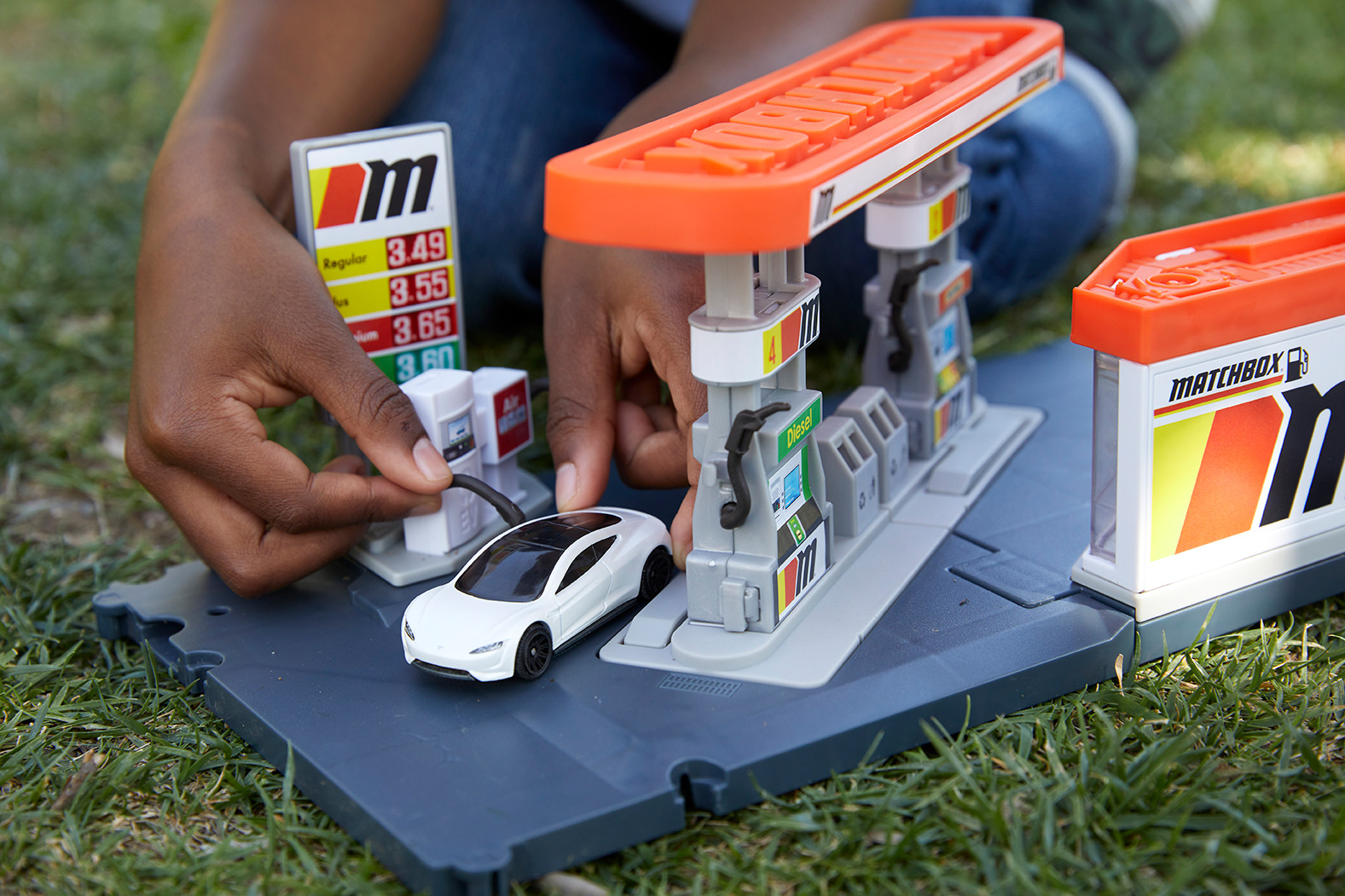 According to the company, these new recycled cars are in keeping with the company’s ethos of evolution.

“Since the inception of the modern-day die-cast car nearly 70 years ago, Matchbox has been using design and innovation to connect kids with the real world around them through play,” explained Roberto Stanichi, Global Head of Vehicles at Mattel. “Matchbox is committing to using 100 per cent recycled, recyclable or bio-based plastic materials to do our part in addressing the environmental issues we face today, and empower the next generation of Matchbox fans to help steer us towards a sustainable future.”

The real Tesla Roadster was meant to go into production this year, having been unveiled as a concept back in 2017, however delays with the development of the triple-motor ‘Plaid’ drivetrain. Tesla chief Elon Musk has tweeted that it’s due to begin production in 2022, although it’s unclear if that date is locked in as production of the Model Y is due to ramp up ahead of the arrival of the new Model S and Cybertruck. Luckily impatient Roadster customers can now get a Matchbox version to tide them over.