“The Maserati everyone was waiting for.”

That’s how the Italian brand describes its first sports car in more than a decade, so there’s plenty of pressure riding on the sculpted wheel arches of the MC20.

Unveiled overnight in an elaborate launch in Maserati’s hometown of Modena, Italy, the MC20 is a mid-engine, turbocharged supercar designed to kickstart a new era for a brand that has spent the last few years focused on SUVs and sedans.

While this initial model is powered by a turbocharged petrol engine, Maserati has confirmed the MC20 has been designed to eventually be offered with a fully electric powertrain. That’s part of a wider plan to electrify the entire range for the Trident brand. 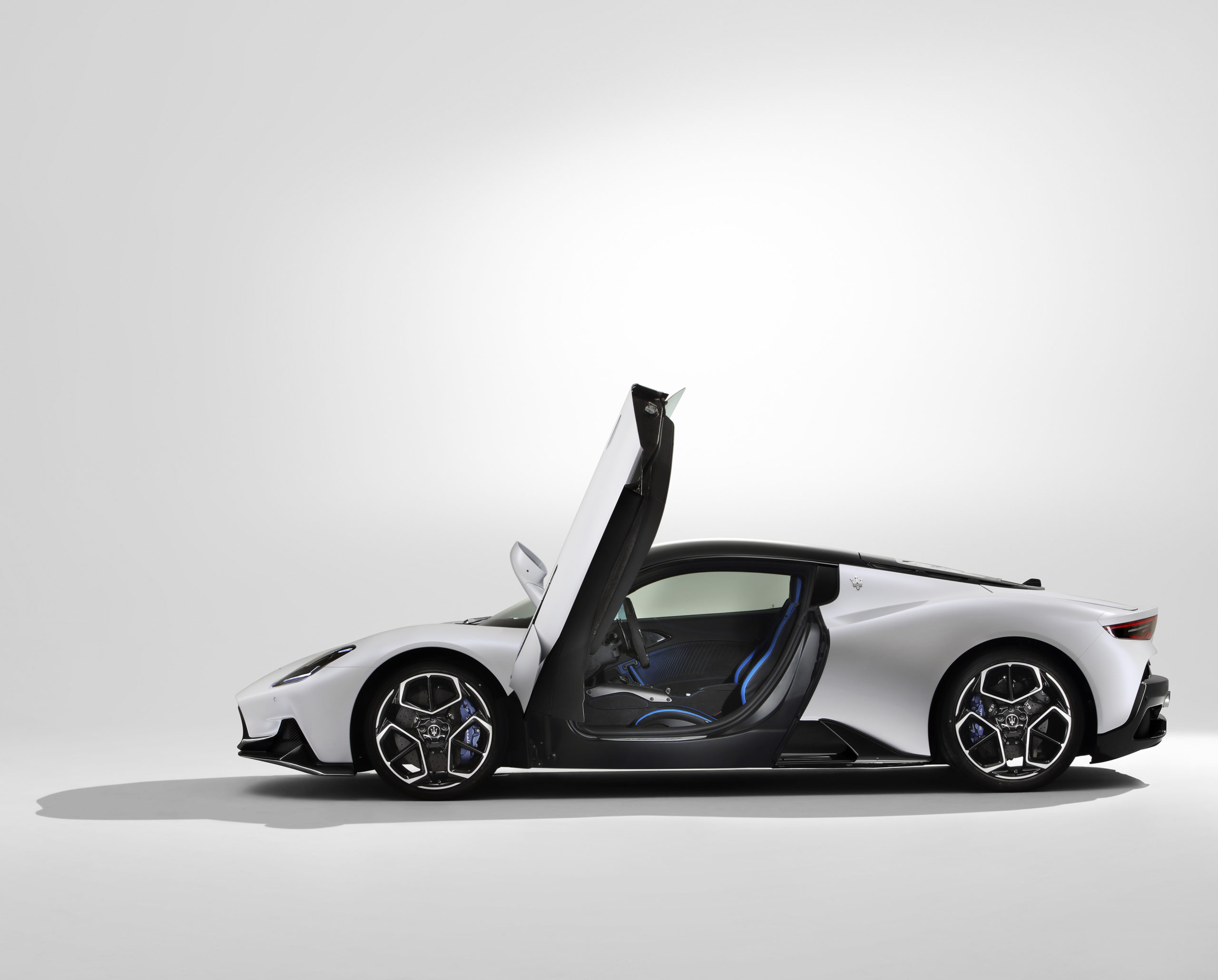 “We’re proud to inaugurate our new Era, but even prouder of the mood you can feel in the air at the Modena Circuit this evening,” said Maserati CEO, Davide Grasso at the unveiling. “For our Brand, this is a time to build: the time to be forward-looking and construct our future.”

It’s understood Maserati is aiming to triple its sales in the next three years with a major overhaul of its existing Levante, Ghibli and Quattroporte range as part of this “new era” the MC20 is beginning.

Designed and engineered in just 24 months thanks to accelerated work from the Maserati Innovation Lab engineers, Maserati Engine Lab and Maserati Style Centre, the MC20 was originally meant to be unveiled in May but the company delayed the reveal until this week due to the coronavirus pandemic. 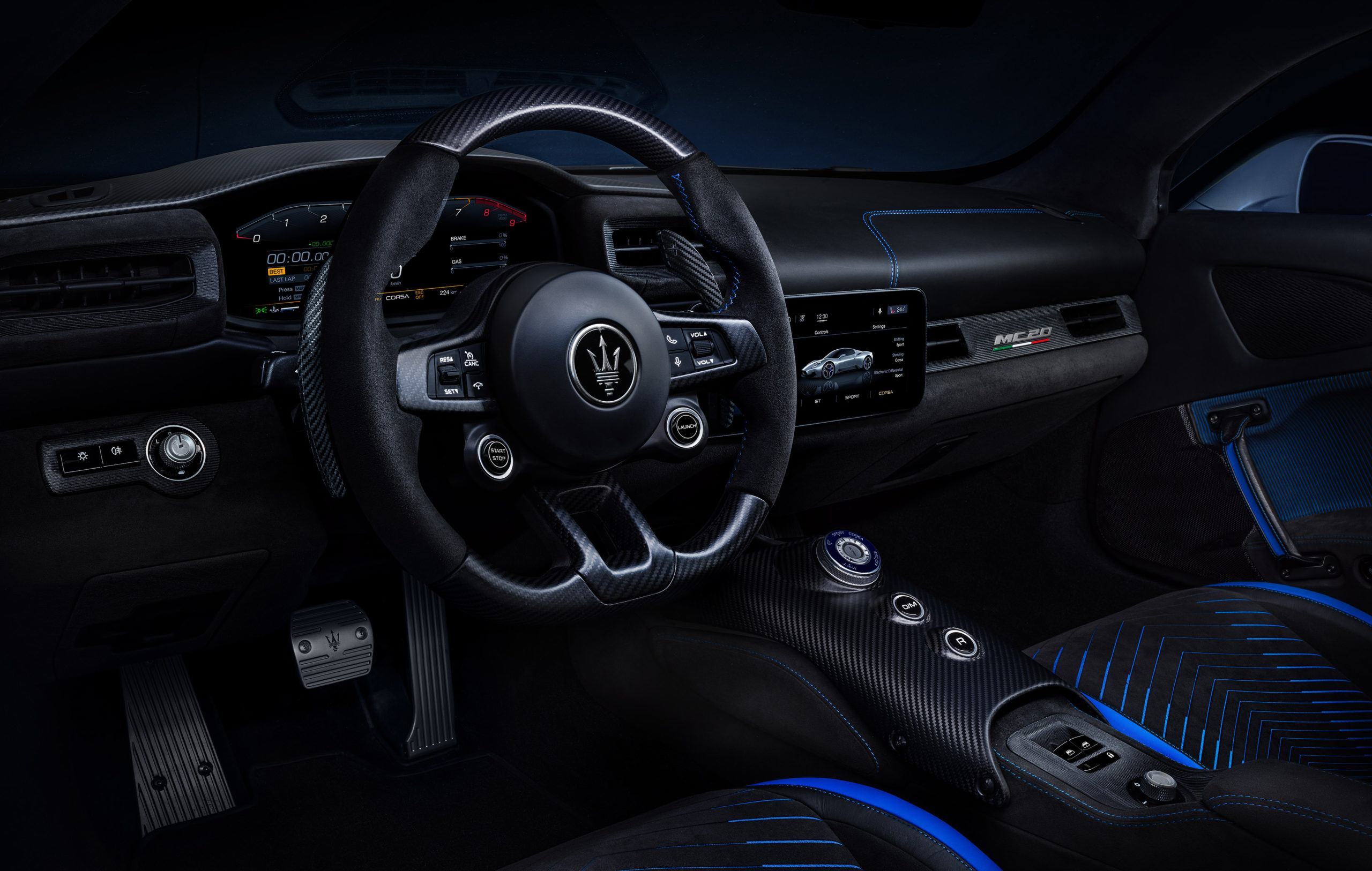 But it was worth the wait with the MC20 living up to the brand’s promise of being something special, as well as a long-awaited successor to the Ferrari Enzo-based MC12; the company’s last supercar that launched in 2004.

The MC20 is powered by an all-new engine developed in-house by Maserati, the first of its kind in more than 20 years now that Ferrari is no longer part of the Fiat Chrysler Automobiles family. Dubbed ‘Nettuno’ it’s a 3.0-litre twin-turbo V6 petrol unit that makes 463kW of power and 730Nm of torque; that’s more performance than the MC12’s 6.0-litre V12.

It’s paired to an eight-speed dual-clutch automatic transmission and sends drive to the rear wheels via a mechanical limited-slip differential (an electronically controlled LSD is available as an option). Maserati claims the MC20 can launch from 0-100km/h in just 2.9 seconds and will keep accelerating all the way to 325km/h.

While unveiled as a coupe, complete with butterfly doors, Maserati confirmed that the MC20 will be available as a convertible too. Effectively it replaces the GranTurismo and GranCabrio in the range for now; even taking over the production line those grand tourers were built on. 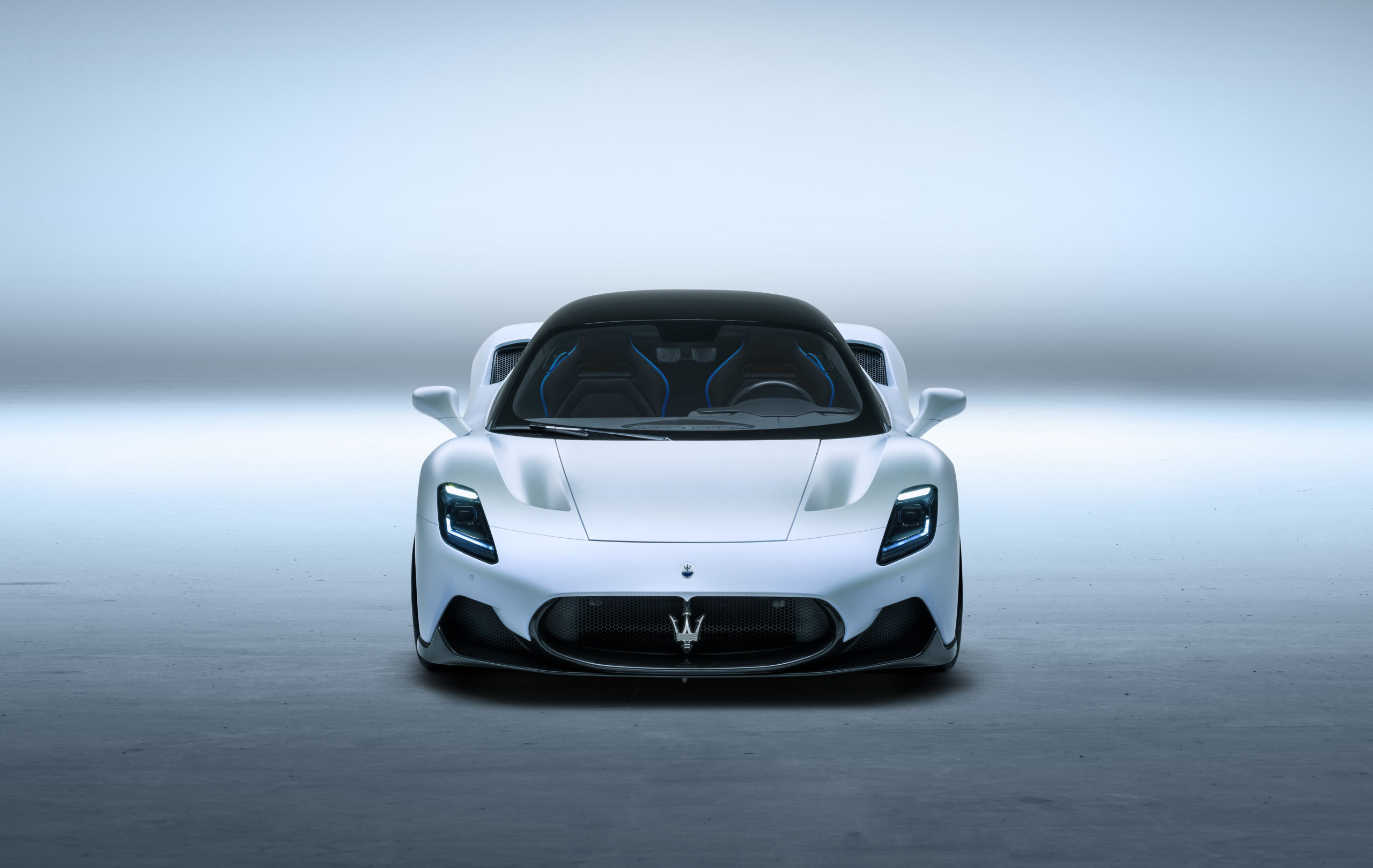 The shape of the MC20 isn’t just the work of the styling department though, it was honed in the Dallara wind tunnel in order to achieve suitable downforce without any wild aerodynamic devices, just the subtle rear spoiler.

Weight for the car was kept to less than 1500kg thanks to extensive use of carbon fibre throughout the chassis and body.

As previously reported, Maserati has confirmed that the MC20 will return the brand to the racetrack as a factory team for the first time since the MC12 GT1 program.