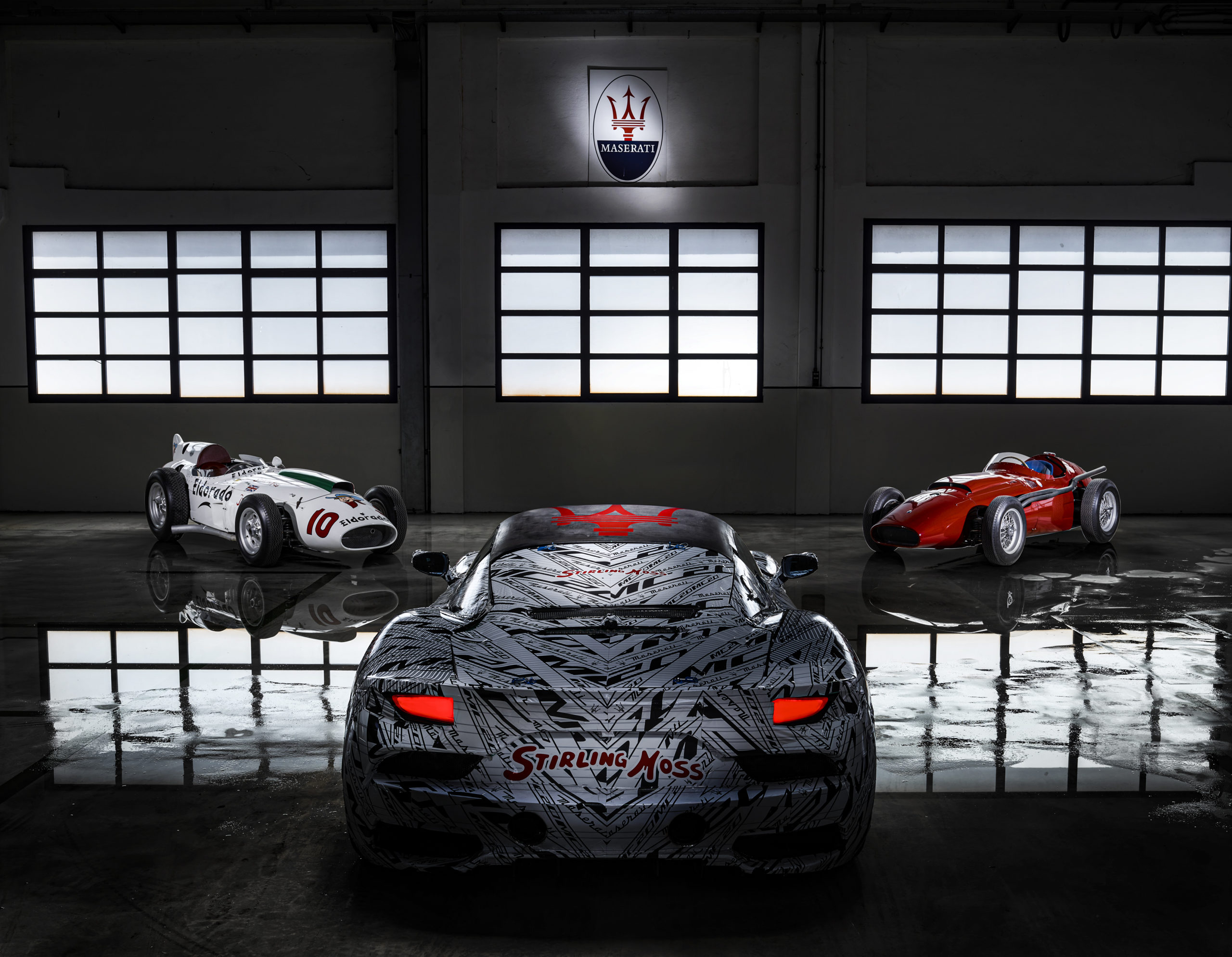 Maserati has teased its upcoming MC20

Italian sports car maker Maserati has paid tribute to the late Sir Stirling Moss with a special livery to tease its upcoming new supercar – the MC20.

The all-new mid-engine sports car is expected to be powered by a twin-turbo V6 petrol engine, capable of 447kW, and mated to an eight-speed dual-clutch transmission. It’s understood the chassis is built around a modified version of the carbon fibre tub used for the Alfa Romeo 4C.

Originally scheduled to be unveiled this month (May) but postponed due to the coronavirus pandemic, Maserati has instead given us another glimpse of the camouflaged test car. However, it’s not a traditional camouflage pattern, it features the words ‘Stirling Moss’ in bright red on the otherwise black and white camo as a mark of respect to the grand prix driver who recently passed away. Moss won the 1956 Monaco Grand Prix in a Maserati 250F and raced the Maserati Eldorado, a one-off built by the Italian firm for the 1958 ‘Race of Two Worlds’ on Monza’s high-speed oval.

But there’s another reason the company chose to highlight it’s racing heritage – it plans to put the MC20 into competition. The company’s statement read: “The choice of a prototype of the MC20 to dedicate to Sir Stirling is no coincidence: through this model, the Trident Brand aims to underline its sporting vocation, and above all return to a leading role on the racing circuits, after the latest world championship won in 2010 with another extraordinary car, the MC12.”

The MC12 was a Maserati version of the Ferrari Enzo that was launched as a road car in 2004 but was quickly turned into a GT1-class entrant and raced in the FIA GT Championship and American Le Mans Series.

The name of the new car stands for Maserati Corsa 2020, and not only signifies a return to the track but also “the start of a new phase in Maserati’s history” according to the company. Maserati has indicated where the MC20 will race but given the specifications of the MC20 a GT3 and/or GT4 model seem the most likely, but the company also has a history of one-make championships too.