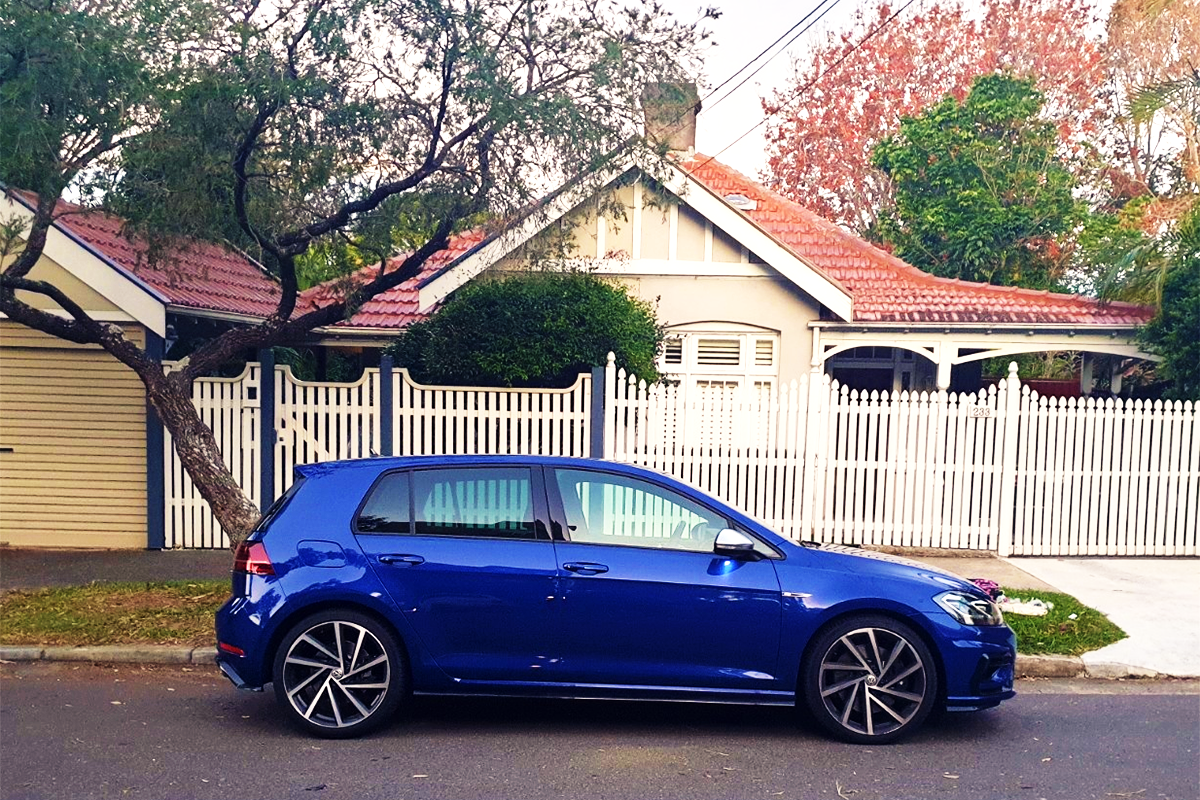 Welcome to the second installment of our long-term review of the Volkswagen Golf R.

It’s been a longer than anticipated gap since our first piece, but the world took a dramatic turn since March with the coronavirus pandemic. Unfortunately, the government requirement to stay off the roads unless really necessary meant the Golf R spent more time in the driveway than we liked.

Why are we driving it? Unfortunately our VW Golf R has been stuck in the driveway during the COVID-19 restrictions.

Our original plan was to have spent more time in the Golf R on the road by now, and to have taken it to a racetrack to really explore its performance potential. While that still remains firmly on the agenda, in the meantime we’re just happy to get back behind the wheel and enjoy driving again. As we mentioned in our first part of this review, the Golf R was chosen because of its blend of practicality and performance, and in the current circumstances it’s been the former that has been at the forefront.

Instead of hitting the track as planned, the Golf R has been used for essential runs to the shops and getting the kids back to school (if only for a day). And on that front the Golf R shines, it’s an easy hot hatch to live with on a daily basis because the Golf Mk 7.5 remains one of the best small cars on the market.

This past month has given me time to appreciate some of the finer details of the design, most notably the seats, but also the little touches like the pattern on the hub of the steering wheel. It may seem small, but it adds to the overall feeling of quality in the Golf R, which is important given its $56,990 (plus on-roads) asking price.

But the leather-lined sports seats stand out as both comfortable and supportive, which makes them both easy to live with day-to-day but also hold onto you when you throw the Golf R into a corner. And they look great as well, adding further to the premium look and feel of the interior.

What we haven’t liked so far? 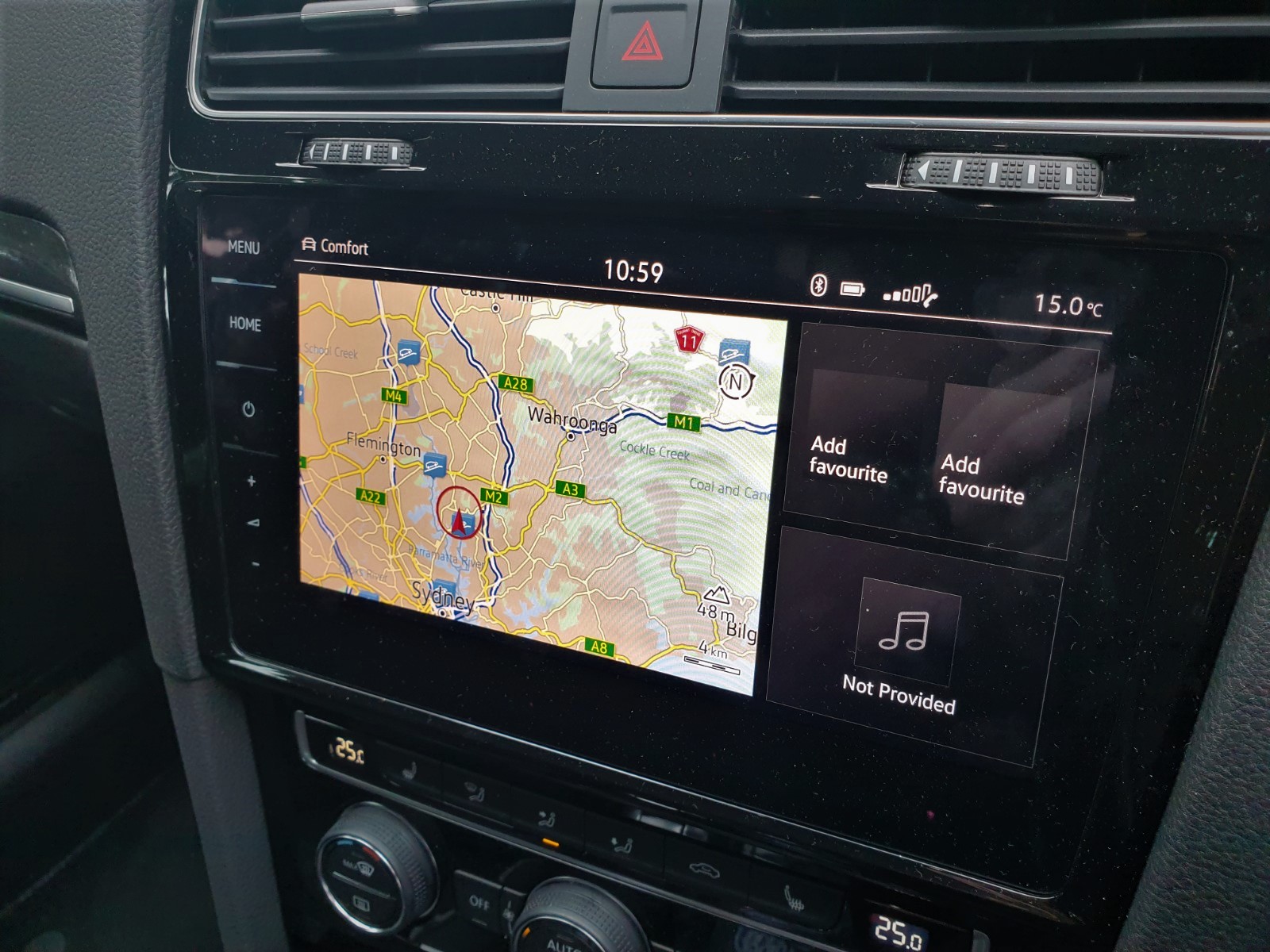 The infotainment system is great but does show fingerprints easily.

One thing we did learn over the past month, with the Golf R parked up for long stretches and only used for commuting, is that it does lack the sense of excitement that some of its rivals offer.
It’s so polished and easy to live with that it doesn’t draw you into wanting to drive it just for the sake of it; or at least in the same way the Honda Civic Type R or Hyundai i30 N have felt to this reviewer.

Don’t get me wrong, it’s a great car to drive quickly (the 213kW 2.0-litre turbo is a brilliant engine) and I have enjoyed driving it in the past and will take it out for a longer run soon to re-engage with it. But you can’t escape the feeling that it’s more methodical and less playful than some of its competitors.

There are some other small criticisms, or rather minor irritates that have popped up in the last month too. 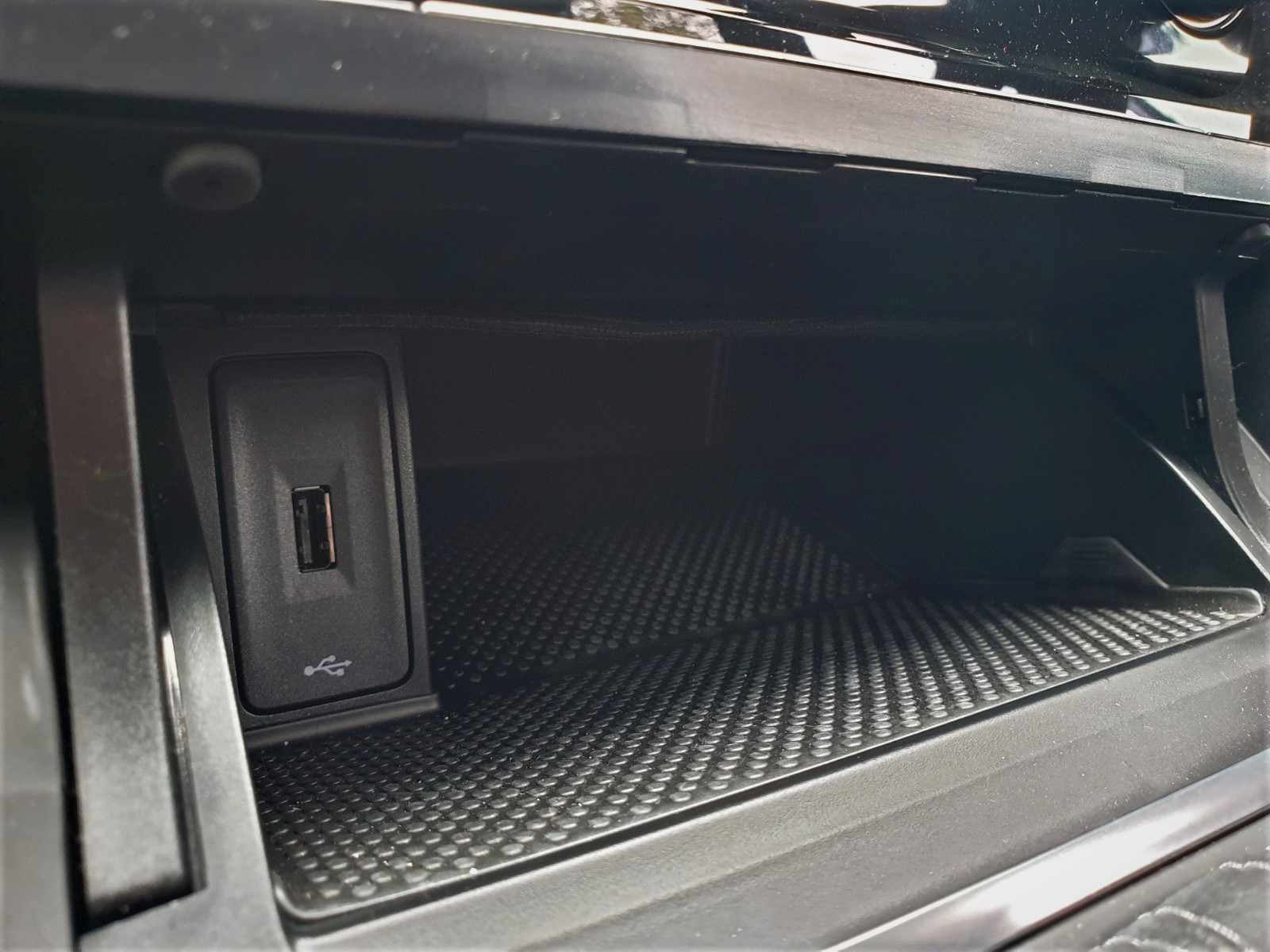 The USB input is tricky to get to in the VW Golf R.

The infotainment system is easy enough to use with its touchscreen interface, however, the glossy screen does show up finger marks very easily. It’s especially noticeable when the screen is off, it can look like a fingerprint book so if you own one you’d probably be well placed keeping a cloth in the glovebox to give it a regular wipe.

The position of the USB charger input only strengthens this reviewer’s opinion that Volkswagen is apparently not a fan of digital music players. The company was slow to add them into its range (or was perhaps just caught in an odd position with model cycles) but has caught up. Unfortunately its decision to put the plug for the USB port in the small covered storage area at the bottom of the centre fascia is only good news for people with small hands. Trying to connect your smartphone or digital music player can be tricky and painful at times as you have to wedge your hand between the gear lever and into the tight storage space.