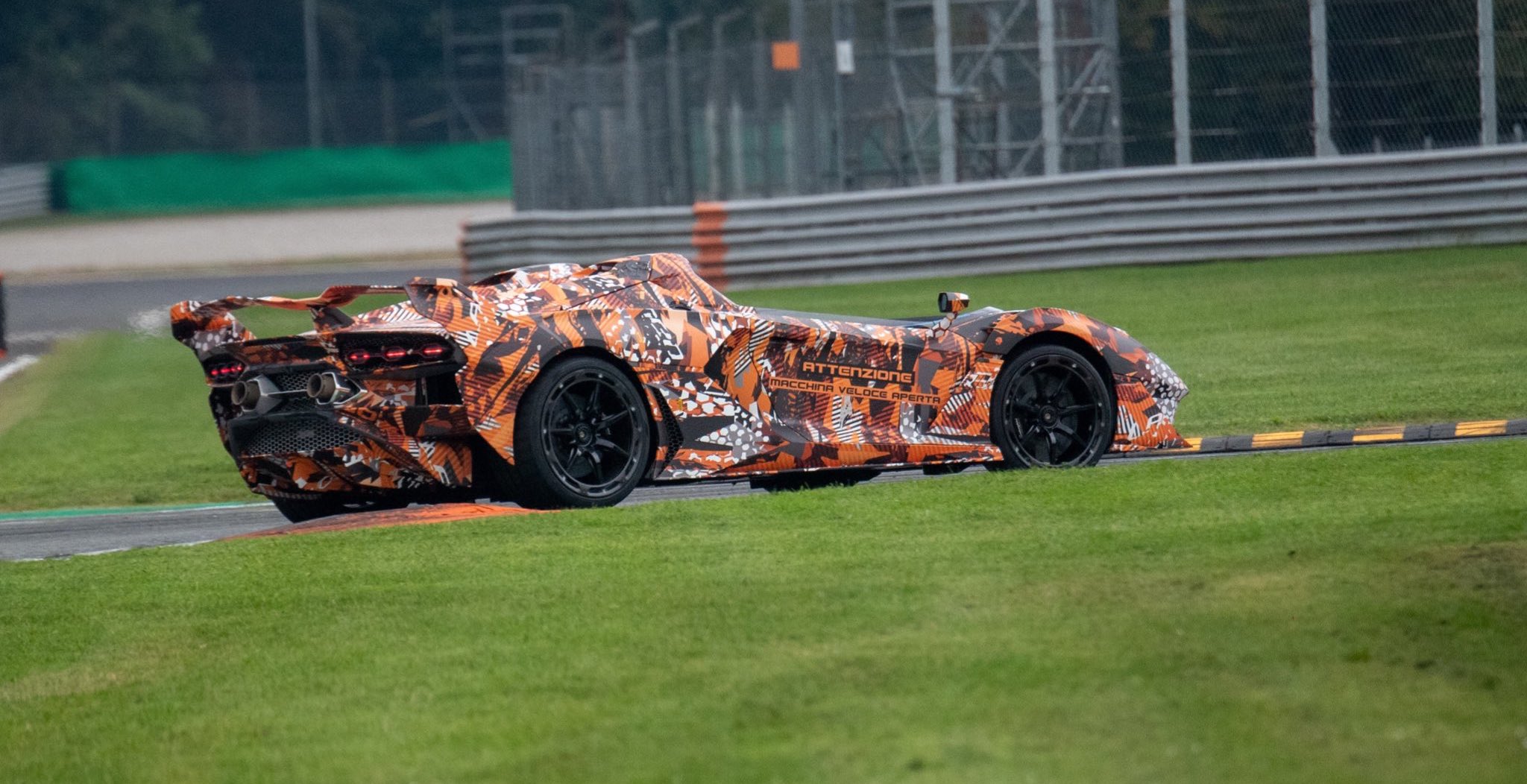 While an open-top track car may seem like an odd idea, it’s a popular trend amongst the premium brands. This new machine will give the Rampaging Bull brand a rival to other open-top supercars launched recently, most notably the Ferrari Monza SP and the McLaren Elva.

READ MORE: Five things you need to know about the McLaren Elva

In this official ‘spy’ shots released over the weekend on the Squadra Corse Instagram feed (as well as the below image from chief designer Mitja Borkert) the test mule has been running laps at the Monza circuit.

So what is it exactly? It’s impossible to know at this stage exactly what Lamborghini is planning, but all signs point to it being a version of the SCV12 but without a roof – literally. There’s no windscreen or side glass and there doesn’t appear to be any space for a folding roof, so this new model looks set to strictly be built for high-speed, open-air motoring.

However, while it wears the same orange camouflage as the SCV12 did, including the same ‘Attention Fast Car’ script down the side, there are some significant styling differences between – aside from the missing roof. The most obvious is at the back, where the huge rear wing of the SCV12 has been replaced by a smaller wing, similar in design to the limited-edition Sian Roadster.

While that does raise the possibility that this could be based on the Sian rather than the SCV12, but given the Squadra Corse involvement, it’s more likely it shares more in common with the SCV12. There are further differences around the front of the car, but looking closely it appears the side profile shares much in common with the Essenza.

Another similarity is likely to include the engine, the naturally-aspirated V12 that makes 620kW in the SCV12; the most powerful production engine the company has ever produced.

We’ll have to wait for the official announcement from Lamborghini to get all the details on this new model. But expect it to be built in strictly limited numbers and costs a lot of money.