It already makes some of the wildest and most outrageous supercars on the planet, but Lamborghini is about to push the boundaries even further.

The Italian brand has teased its next model, a track-only hypercar designed to test the limits of both its Squadra Corse race department and its Centro Stile designers. In a short video released by the company, the shrieking sound of its 620kW 6.5-litre V12 can be heard and there are some telling glimpses of the car itself, which is believed to be based on the Aventador. 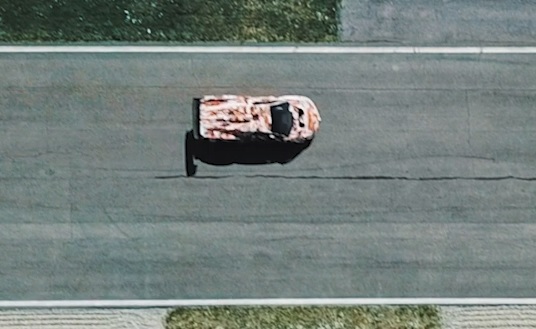 Officially Lamborghini has confirmed the new as-yet-unnamed hypercar will have “large rear wing, airscoop on the roof and a racing hood with dual air intakes.” However, watch closely and you’ll also notice a larger front splitter with aerodynamic dive planes as well as a huge rear diffuser – with the exhausts moved higher up to improve the airflow and generate more downforce. Being a dedicated track car it will roll on racing-style centre-locking alloy wheels, wrapped in Pirelli tyres.

At present the unveiling of the car is scheduled for the middle of the year, during Italy’s summer. We’ll bring you all the details as soon as they are revealed.