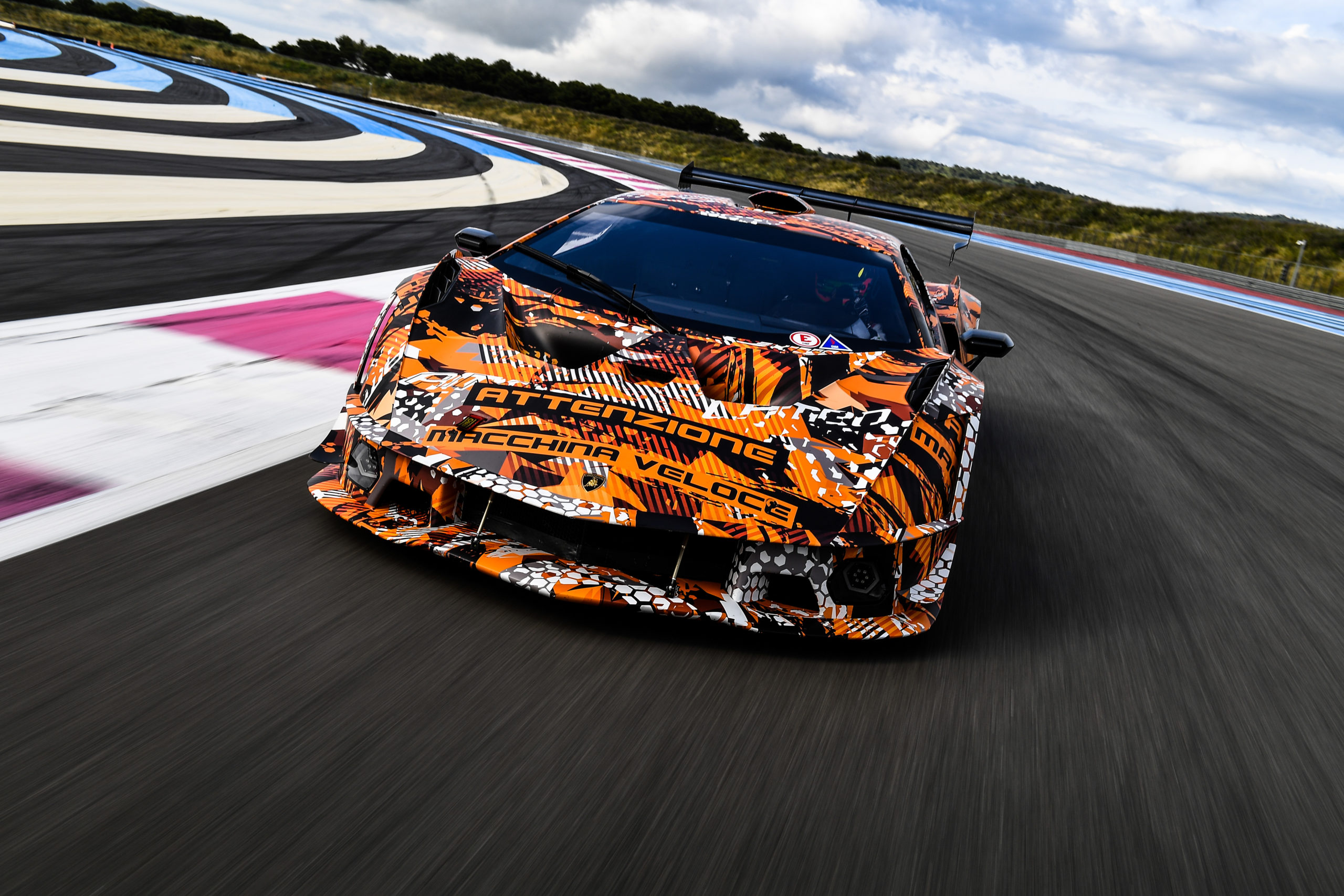 The Lamborghini SCV12 will be unveiled officially in the European summer

But even by it’s own standards of wild and spectacular hypercars, its latest creation stands out. The Italian supercar maker has teased a 619kW V12-powered monster that has been designed specifically for the racetrack – but with no racing category rules to restrict it. It’s called the SCV12 and it’s due to have its official unveiling in the coming weeks.

But the company hasn’t left too much to the imagination with these images of the SCV12 testing at France’s Paul Ricard circuit as it finishes its development.

The brand has also begun to share more information about the Aventador-based machine, confirming that it’s powered by the brand’s most powerful naturally-aspirated V12 engine yet. It achieves some of that extra power from a new aerodynamic system that incorporates a roof-mounted intake scoop that rams air into the engine for greater efficiency.

That’s not the only unique element to the aerodynamic package either, with a new front splitter, new front bonnet, lateral aero flicks and the unmissable, huge rear wing. 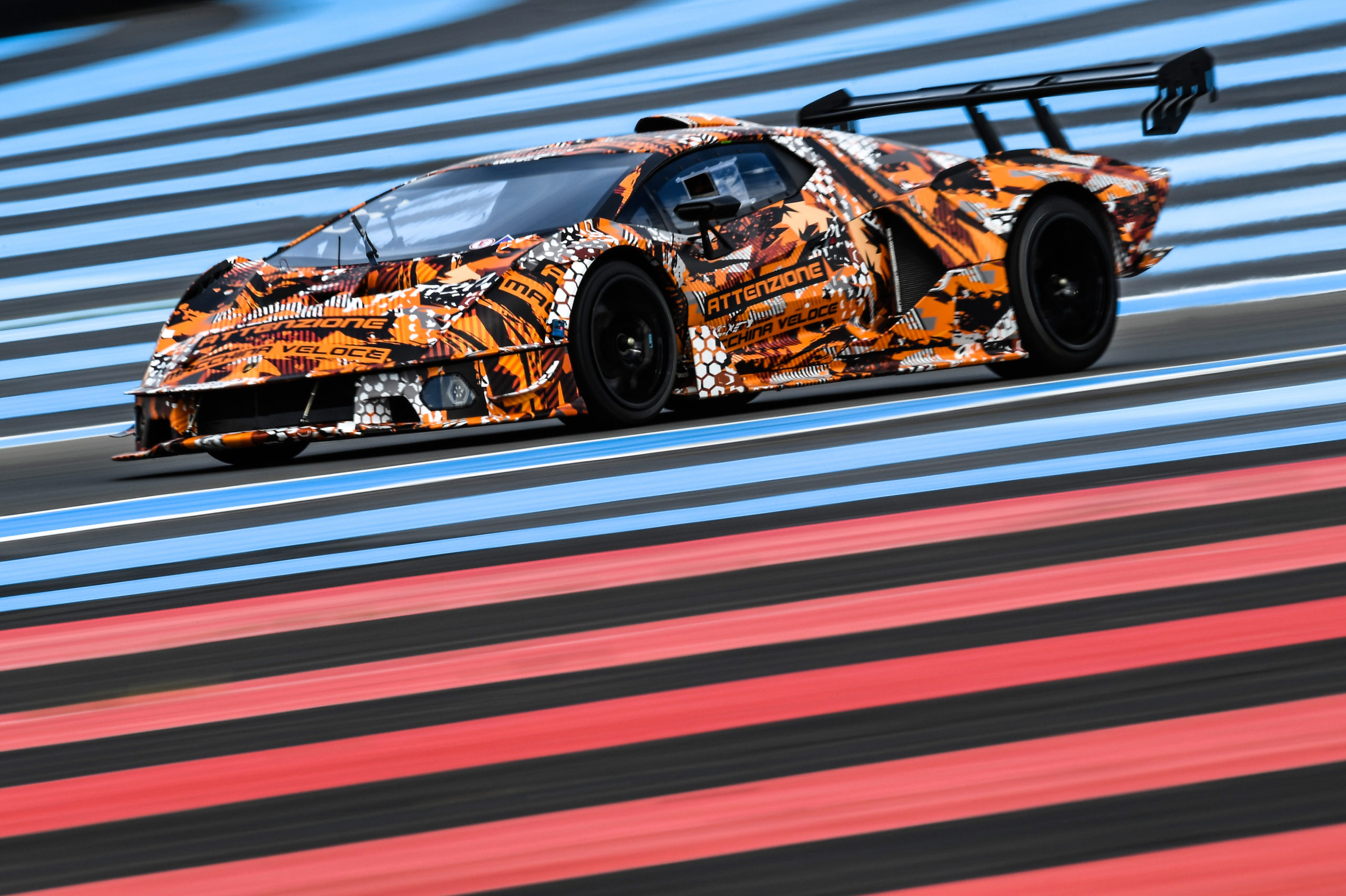 Under the skin there are more track-ready upgrades including a six-speed sequential gearbox that sends all 619kW to the rear-wheels (unlike the all-wheel drive Aventador). A new pushrod rear suspension system is mounted directly to the gearbox for improved performance.

The SCV12 will ride on Pirelli slicks designed specifically for the car, mounted on unique magnesium wheels; measuring 19-inches at the front and 20-inches at the rear.

Each SCV12 will be built by the company’s in-house racing department – Squadra Corse – at its Sant’Agata Bolognese factory.

To ensure each owner is able to extract maximum performance from his or her SCV12 Lamborghini has hired five-time Le Mans winner Emanuele Pirro as a Squadra Corse Special Projects Consultant to provide driving lessons.