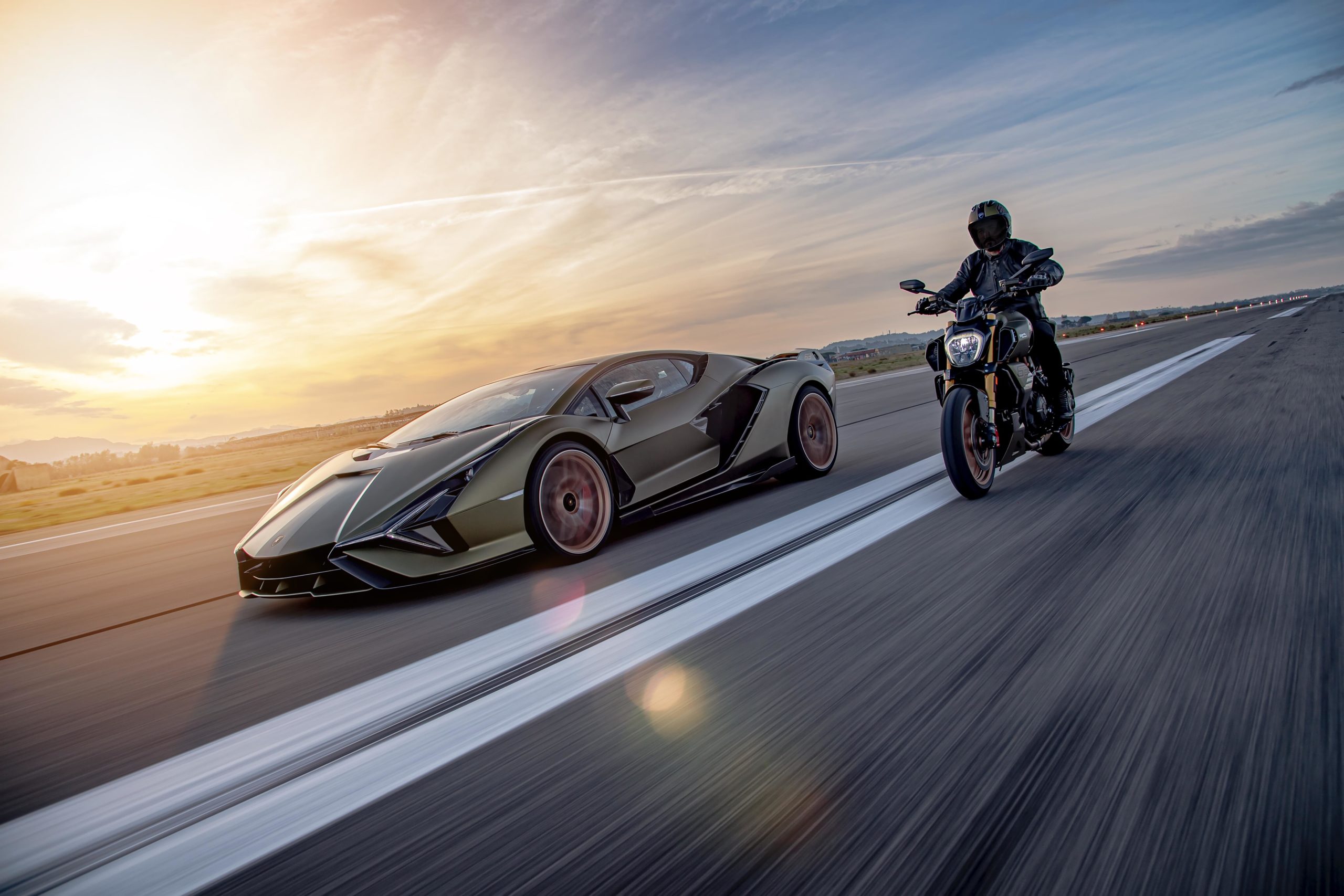 Two of Italy’s most evocative brands have teamed up to produce a new special machine.

Only 630 examples of the Lambo inspired Ducati will be built, celebrating the partnership between the two brands that are both part of the Volkswagen Group; you may have noticed Lamborghini signage and design elements on Jack Miller’s Pramac Ducati MotoGP bike in recent years.

To two company’s design studios – of Centro Stile as they say in Italy – collaborated on the project to bring elements of the Sián FKP 37 to the two-wheel world. 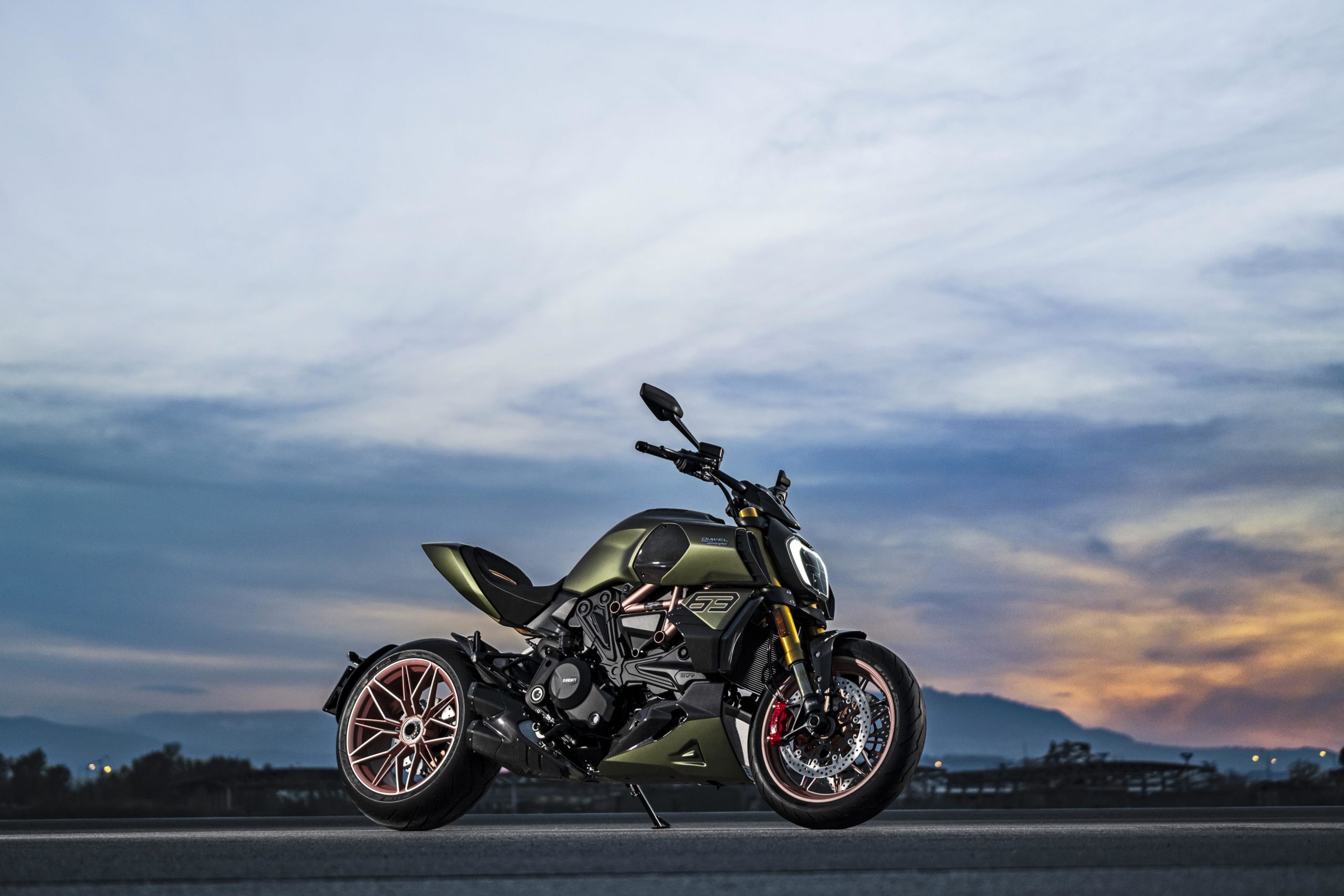 “The Ducati Diavel inspired by the Lamborghini Sián celebrates our shared values: we are both Italian, we are inherently sporty and our design always distinguishes our creations,” explained Andrea Ferraresi, director of Ducati Centro Stile. “The Diavel 1260 Lamborghini has been created by using the same design language that distinguishes the Sián FKP 37.”

The most obvious example of the Lamborghini influence on the Diavel are the new wheels, which are forged rims designed to look like those on the Sián and are finished in Oro Electrum (gold) paint just like the hero colour for the car. Speaking of colour, the bike’s bodywork is finished in the same Verde Gea (green) paint as the Sián to further tie the two together. But to retain a piece of its heritage, the brake calipers are painted Ducati red.

READ MORE: Why Lamborghini’s are so colourful

The bike livery also includes a number ‘63’ on the side to mark the year Lamborghini was founded. 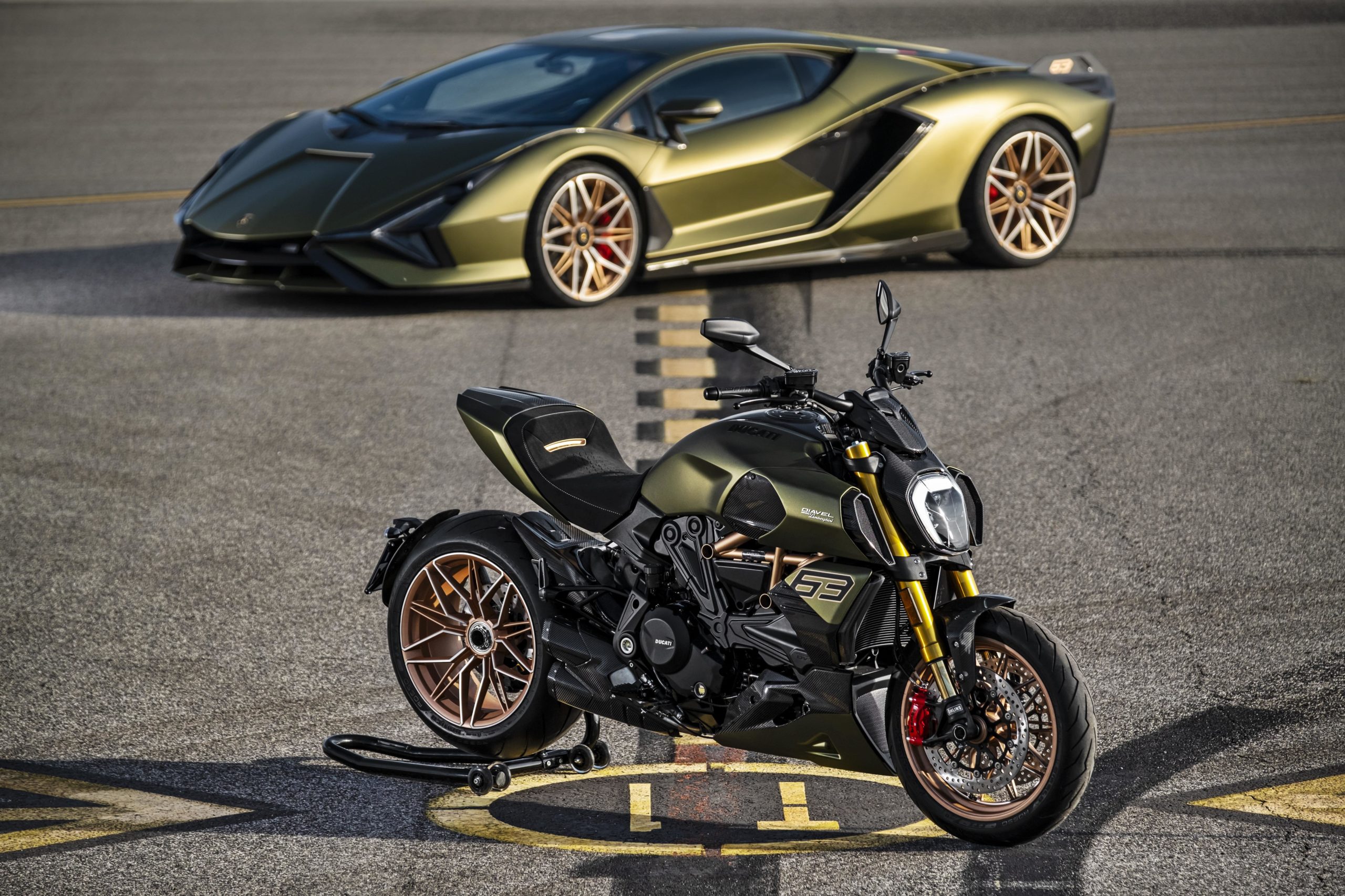 Other changes for the bike include new air intakes and radiator covers made from carbon fibre that are designed to look like they’re “floating elements” on the main structure of the bike. Other carbon fibre parts include the silencer cover, spoiler, central tank cover, seat cover, front and rear mudguards, dashboard cover and headlight frame.

The Sián FKP 37 is Lamborghini’s latest limited-run hypercar but features a unique powertrain for the brand. It still has the company’s trademark V12 engine but it features hybrid power in the form of a 48-volt electric motor built into the gearbox. The electric motor is powered by a supercapacitor (instead of a lithium-ion battery more commonly found in hybrids) because Lamborghini claims it has a better power-to-weight ratio.

Combined the powertrain punches out 602KW of power.