The late Kerry Packer was a big fan of fast cars. The man that built a media empire often indulged in high-performance cars and was a regular at racetracks.

But even by his own high standards his 1977 Jaguar XJS is a stand-out. The British coupe began life as an ordinary example, but by the time Packer was finished with it the XJS was making 1200hp. Now, this remarkable machine is up for grabs at this Saturday’s Lloyds Auction, so you can buy yourself a piece of Australian automotive history.

According to Lloyds Auctions the story goes that Packer took his XJS to Oran Park where he was given some instruction from Kevin Bartlett. Wanting to go faster Packer sent the Jaguar to the Rymec workshop where the standard V12 engine had a pair of turbochargers added to take power to 1200hp.

Not surprisingly the hugely modified engine had a negative impact on the rest of the car’s powertrain and caused plenty of unreliability. During one of the visits to the Rymec shop for work a fire ripped through the building and all-but-destroyed the Jaguar. 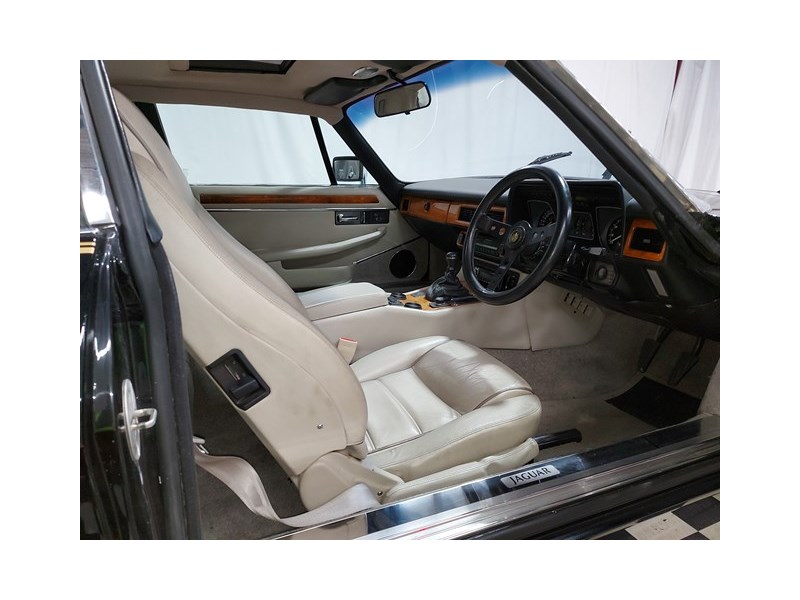 There’s no reserve for this one-of-a-kind Jaguar

The remains of the car was purchased by Gary Walker who rebuilt it to close to original condition, but kept power to a more manageable, and reliable, 740hp, which is still enough for a 320km/h top speed and an 11 second 400m run; according to Lloyds Auctions.

Lee Hames, chief operating officer of Lloyds Auctions, is proud to be handling the sale of this unique car, which has no reserve price and a current bid of $68,000 (at time of publication).

“This car is truly one of a kind with many stories to tell and we are honoured and excited to see it go under the hammer and be passed on to a new custodian to enjoy,” Hames said.

Also up for sale at the same auction at a 1990 Holden VN SS Group A, which is currently sitting at $341,000 with less than 24 hours to run, and Glenn Seton’s 1997 Australian Touring Car Championship-winning Ford Falcon EL.