What do you get when you combine Ken Block, a 1980s Ford Mustang with the man who designed the new Batmobile?

As we reported yesterday, rally ace and YouTube megastar Block teased his latest creation and sure enough, it’s a ‘80s Fox Body Mustang with a ‘Hoonigan’ makeover. It’s the latest collaboration between Block, his Hoonigan company and Ash Thorp, a graphic designer who works on Hollywood films.

Thorp and Block worked together to modernise the design of his Ford Escort Cosworth two years ago, because the driver was a fan of Thorp’s virtual concept cars. Since then Thorp’s movie career got a major boost when he was tabbed to create the new Batmobile for the upcoming reboot of the famous comic book character. Block said he was inspired to create a new car to follow his 1965 Ford Mustang ‘Hoonicorn’ and 1977 Ford F-150 ‘Hoonitruck’ but using the Fox Body Mustang that was built between 1979 and 1993. Block wanted to take inspiration from the Fox Body’s glory days in the 1980s and incorporate elements from ‘80s iconics like the Lamborghini Countach and the TV show Miami Vice. To that end Thorp created both a Miami Vice-inspired white-of-white livery as well as a colourful motif of ‘80s graphics to experiment with different looks in the virtual world. Another source of inspiration came from the DTM-spec Fox Body Mustang as well as the IMSA GTO versions that raced in the ‘80s and early ‘90s. 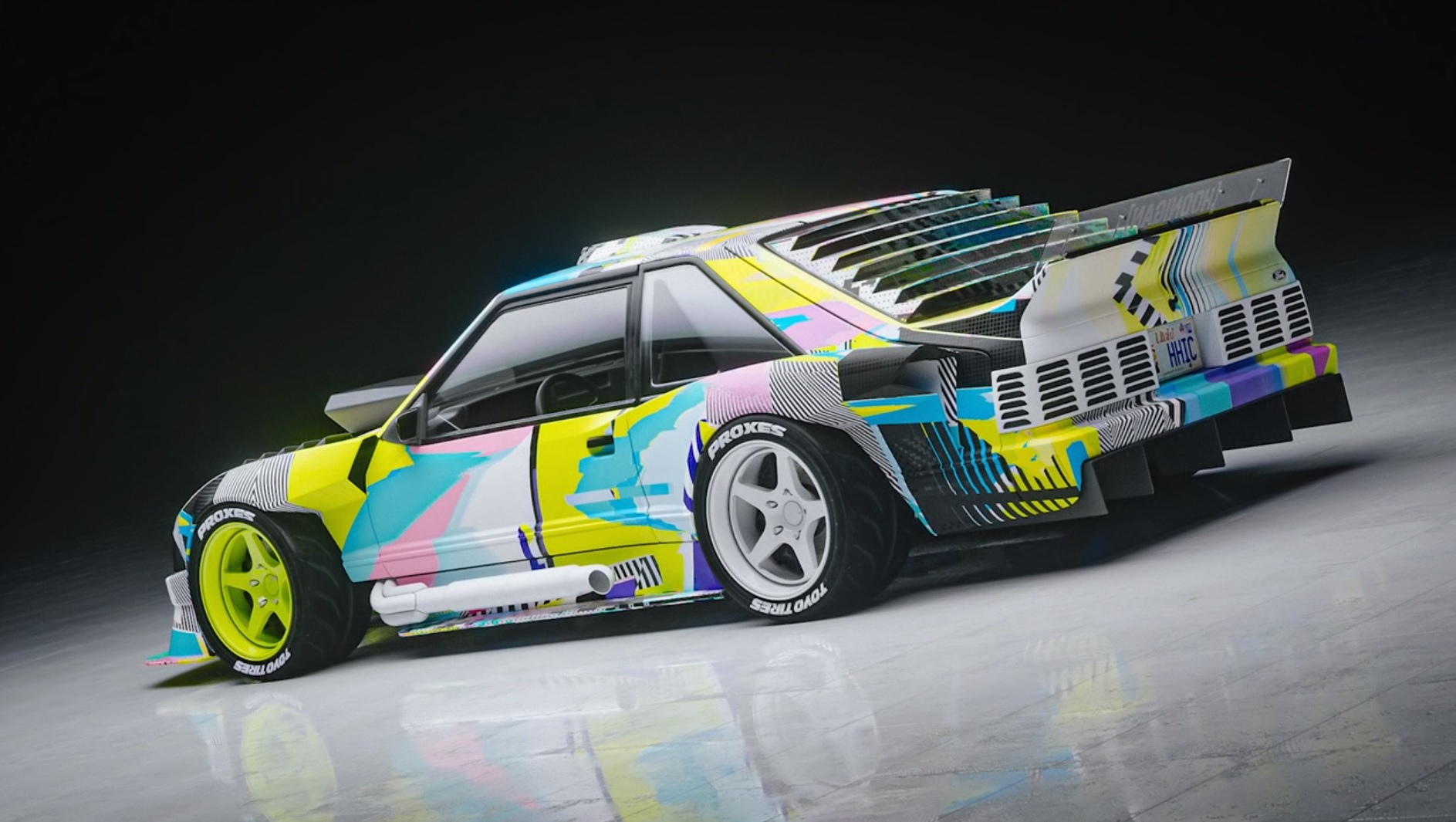 At the moment the Hoonifox is just a digital concept but Block already has plans to turn it into a reality, with the hope he can fit a naturally-aspirated NASCAR V8 engine to help him shred tyres in a potential new addition to his ‘Gymkhana’ video series; possibly in Miami to fit his inspiration.

“Now I just need to work out how to make this come to life in the real word,” Block said.

Should Ken Block build the Hoonifox for real? Tell us what you think of it in the comments or join the conversation on social media.