American rally star Ken Block will take on the famous Pikes Peak International Hill Climb – and true to form he won’t be driving any ordinary car.

The self-described ‘Hoonigan’ has revealed a wild, one-of-a-kind creation for his attempt to win the famous race that has previously been mastered by Sebastian Loeb, Romain Dumas and Rod Millen.

Block will drive a Porsche 911 SVSR built by Porsche specialists, BBi Autosport. Powered by a mid-mounted, twin-turbocharged flat-six engine fueled by methanol, it makes a whopping 1043kW of power. 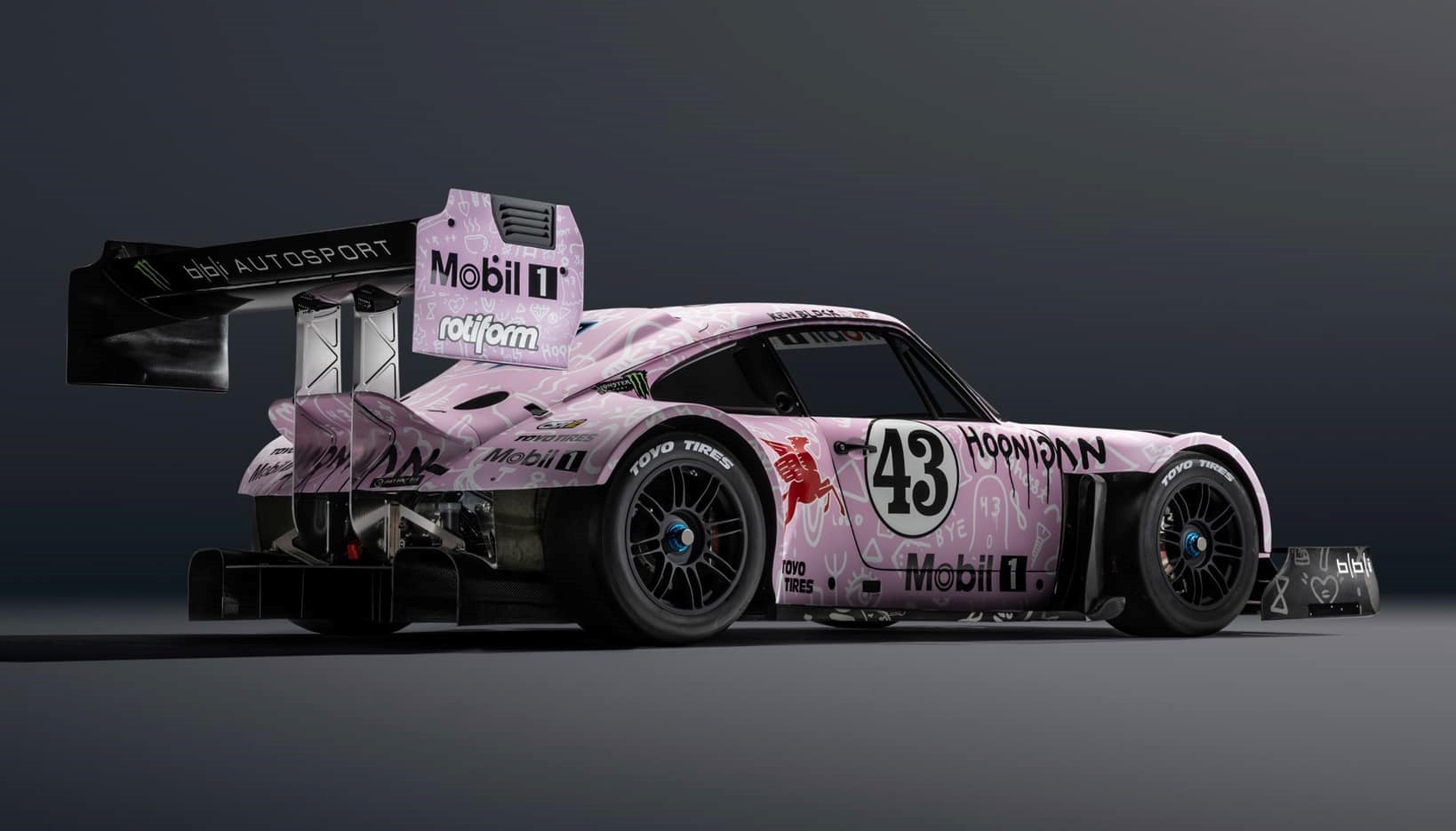 To take all that power the Porsche is fitted with all-wheel drive and the unmissable body kit that’s allowed under the open class regulations Block is running in.

The livery is inspired by the famous 1971 Porsche 917 with the ‘Pink Pig’ livery designed by street artist Trouble Andrew – aka Gucci Ghost. The combination of Block’s Hoonigan company, the pink livery and Mobil sponsorship has led to this unconventional car’s unconventional name – Hoonipigasus.

The 100th running on the Pikes Peak International Hill Climb will be held on June 26.