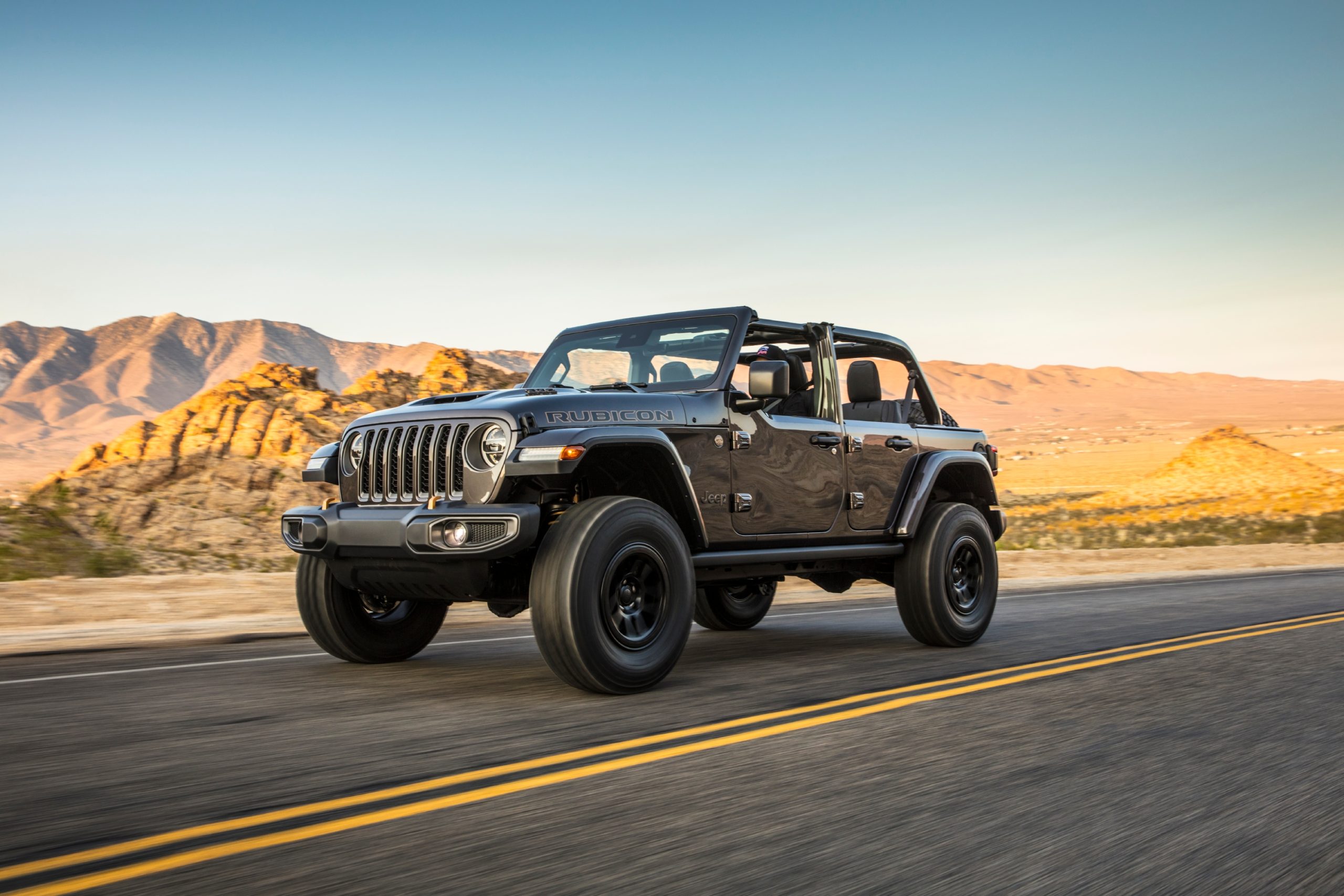 That’s the promise of the all-new Jeep Wrangler Rubicon 392, that combines the brand’s famously capable off-roader with its famously powerful Hemi V8 engine. After teasing us with the Wrangler Rubicon 392 Concept back in July, the American brand has revealed the production version and has confirmed it will hit the US market in 2021.

READ MORE: Are we entering a golden age of utes?

Behind the famous seven-slot grille lurks the new engine, a 6.4-litre V8 making 350kW of power and 637Nm of torque. That’s a massive upgrade over the 209kW/347Nm offered by the standard 3.6-litre Pentastar V6 found in the current Wrangler. 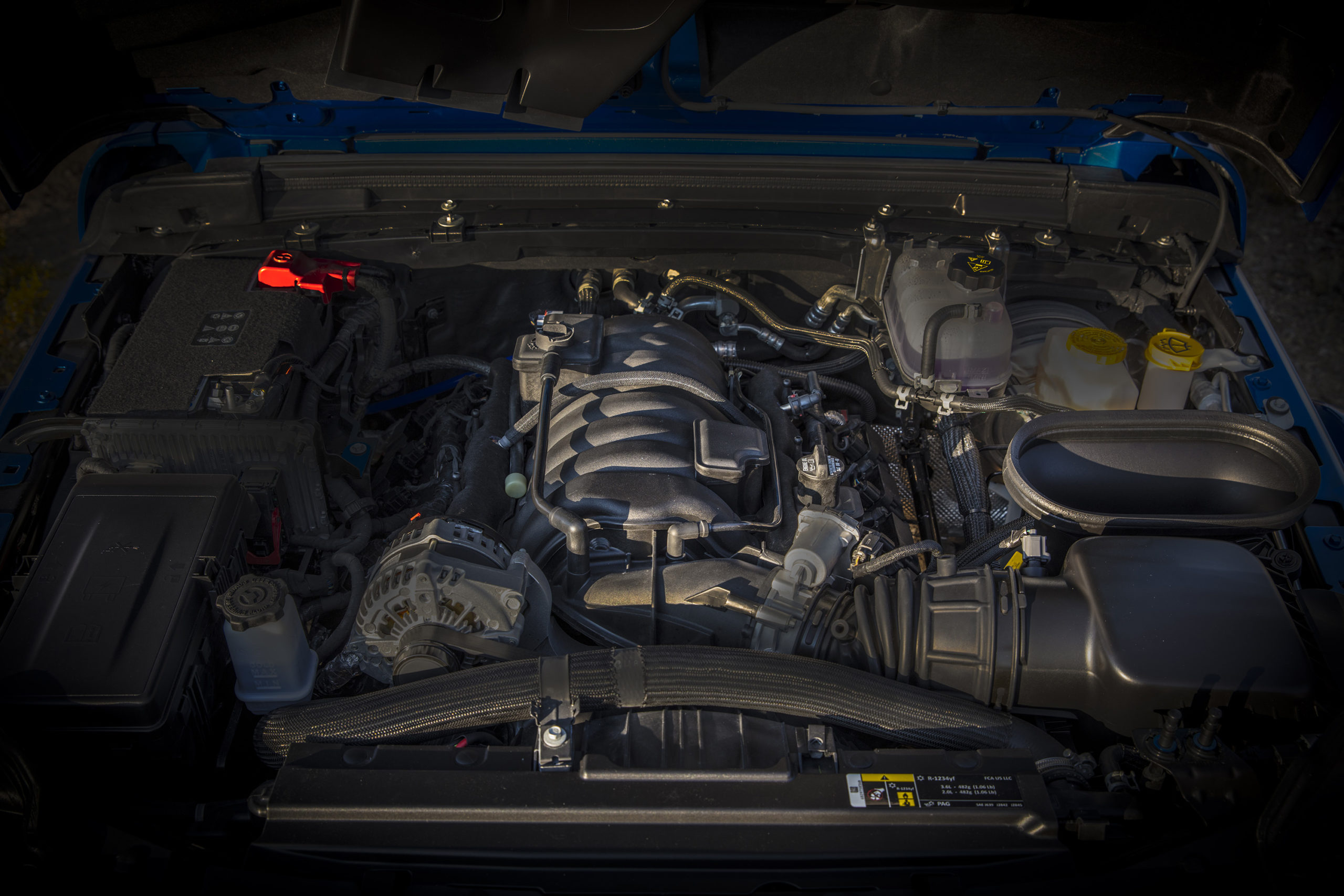 Jeep claims this boxy behemoth can manage the 0-60mph (96km/h) sprint in just 4.5 seconds, which is extremely rapid for such a large 4×4.

To ensure the Wrangler can cope with the extra grunt Jeep has beefed up the frame rails, upper control arms and steering knuckles. But the added muscle hasn’t affected it’s off-road ability.
On the contrary, Jeep has maintained its go-anywhere capability thanks to heavy-duty wide track Dana 44 axles, a 3.73 final drive ratio and a transmission torque converter lock-up control. There’s also a two-inch suspension lift and the Rubicon 392 rides on 33-inch off-road rubber wrapped around 17-inch beadlock-capable rims. 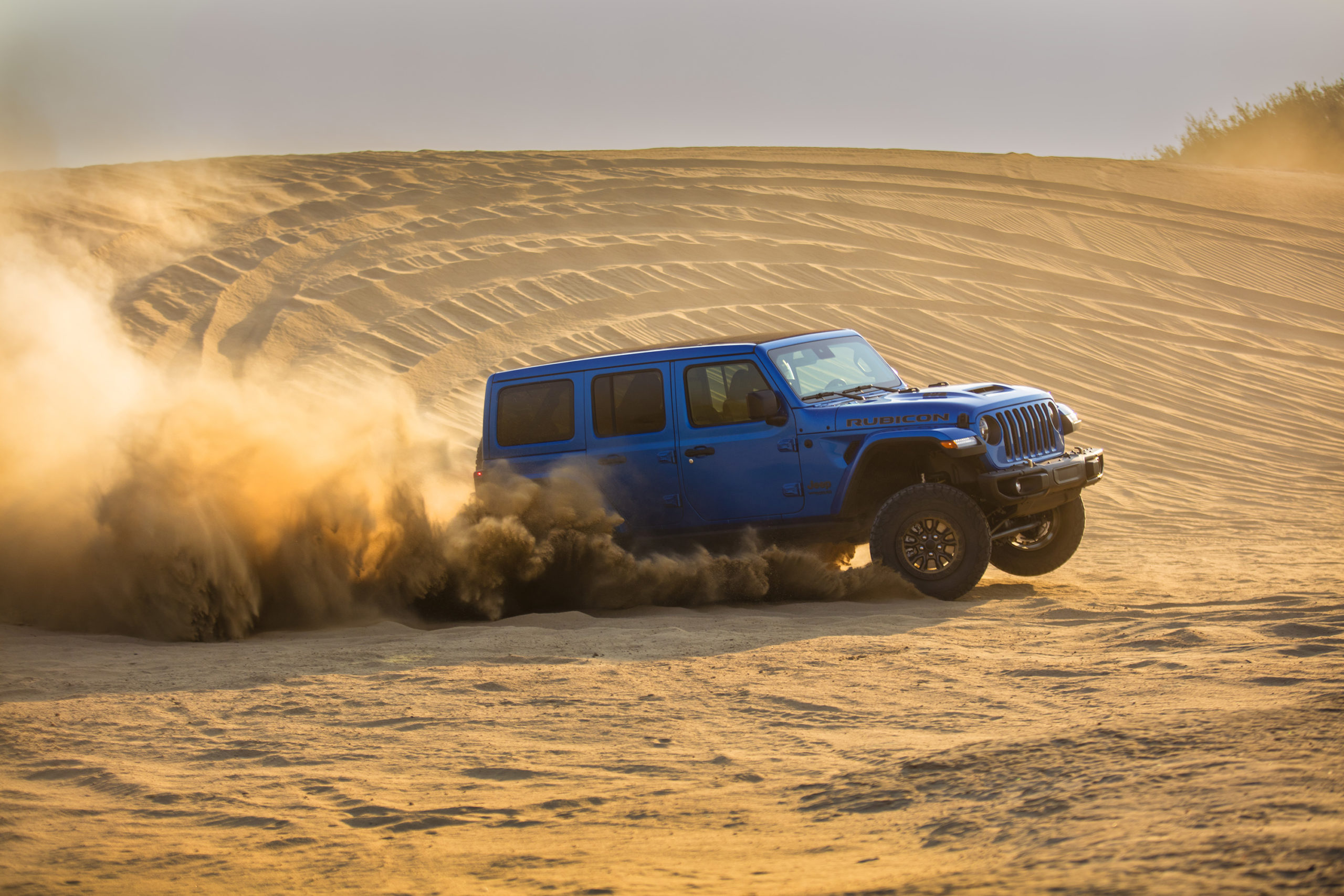 Jeep claims Wrangler Rubicon 392 has 10.3-inches of ground clearance and can power through up to 32.5-inches of water. It boasts 44.5-degree approach angle, 22.6-degree breakover angle and 37.5-degree departure angle to ensure it lives up to its reputation.

“This is the most powerful, quickest, most capable Jeep Wrangler we’ve ever built,” claimed Jim Morrison, Head of Jeep Brand. “The factory lift and abundant low-end torque from the V-8 makes the Rubicon 392 the king of the hills, whether you’re rock crawling at low speeds or powering up an incline. And, when pavement replaces dirt, Rubicon 392 makes quick work of the road.”

Unfortunately it looks like the Wrangler V8 will join the Ford Bronco as exciting off-roaders destined not to make it to Australian shores. Like the blue oval, Jeep is currently saying the Wrangler Rubicon 392 is only going to be built in left-hand drive.