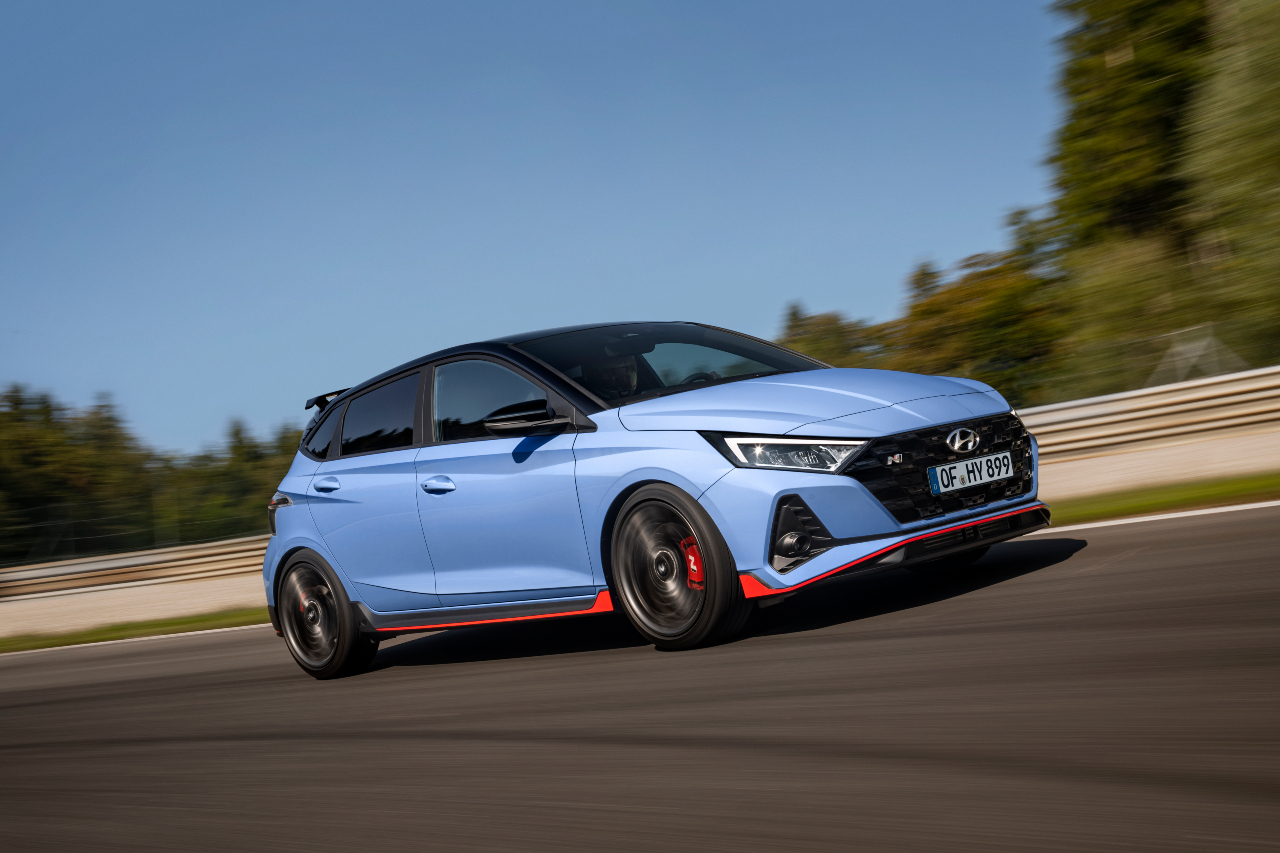 Hyundai has been a fixture of the World Rally Championship since 2014, now the South Korean brand has taken the knowledge learned on the special stage and put it into a road car.

The all-new Hyundai i20 N has been officially unveiled this morning, with clear inspiration from the i20 Coupe WRC made famous by Thierry Neuville, Ott Tanak and Sebastian Loeb.

Hyundai has used the i20 as the basis for its WRC challenger but this is the first time it has made a hot hatch variant for the road, following in the wheel tracks of the Subaru WRX and Mitsubishi Lancer Evolution. It also pits Hyundai against its current WRC rival, Toyota, with its upcoming GR Yaris.

However, while Toyota has loaded up the GR Yaris with all-wheel drive and a 200kW engine to take on bigger hot hatches, including the Honda Civic Type R and Volkswagen Golf R, Hyundai is targeting the more affordable, front-wheel drive competition; namely the Ford Fiesta ST and Volkswagen Polo GTI. 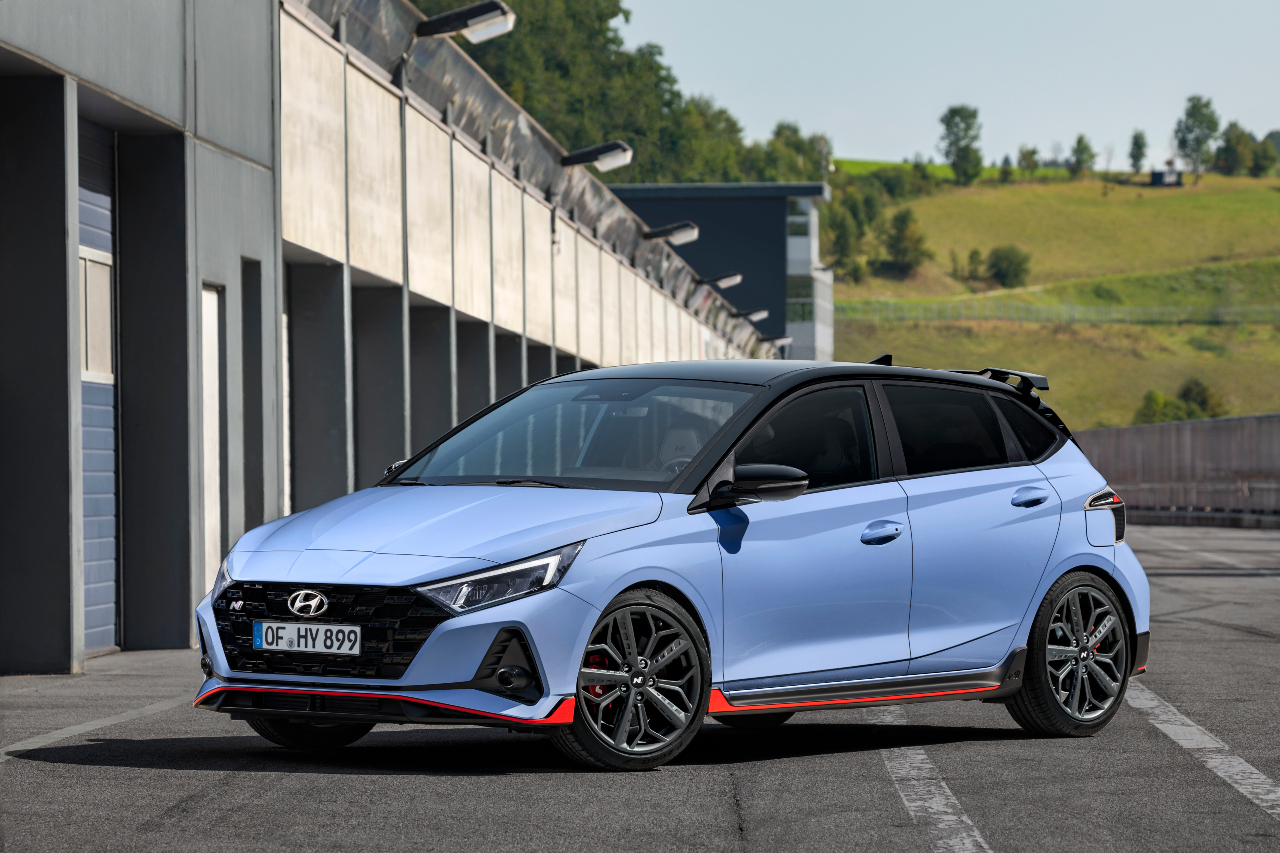 “Our high-performance N brand has been hugely successful since we launched the i30 N in 2017. This time, we decided to develop a model inspired by our i20 Coupe WRC, which last year led us to success in the World Rally Championship,” explained Thomas Schemera, Executive Vice President and Head of Product Division at Hyundai Motor Company. “With the all-new i20 N, we are expanding our high-performance N line-up to appeal to even more customers who want to experience the thrill of the racetrack in their everyday lives.”

The i20 N follows the classic hot hatch formula, installing a more powerful turbocharged engine under the bonnet of a compact runabout. But Hyundai has also used its WRC knowledge and experience from the bigger i30 N to hone the i20 N.

Fitted with a 1.6-litre turbocharged four-cylinder petrol engine the i20 N makes 150KW of power and 275Nm of torque. It’s paired exclusively to a six-speed manual transmission, to target enthusiast buyers.

It misses out on the electronically-controlled limited-slip differential (e-LSD) as the i30 N but it gets a mechanical limited slip diff (m-LSD) that helps channel all that grunt through the front-wheels. 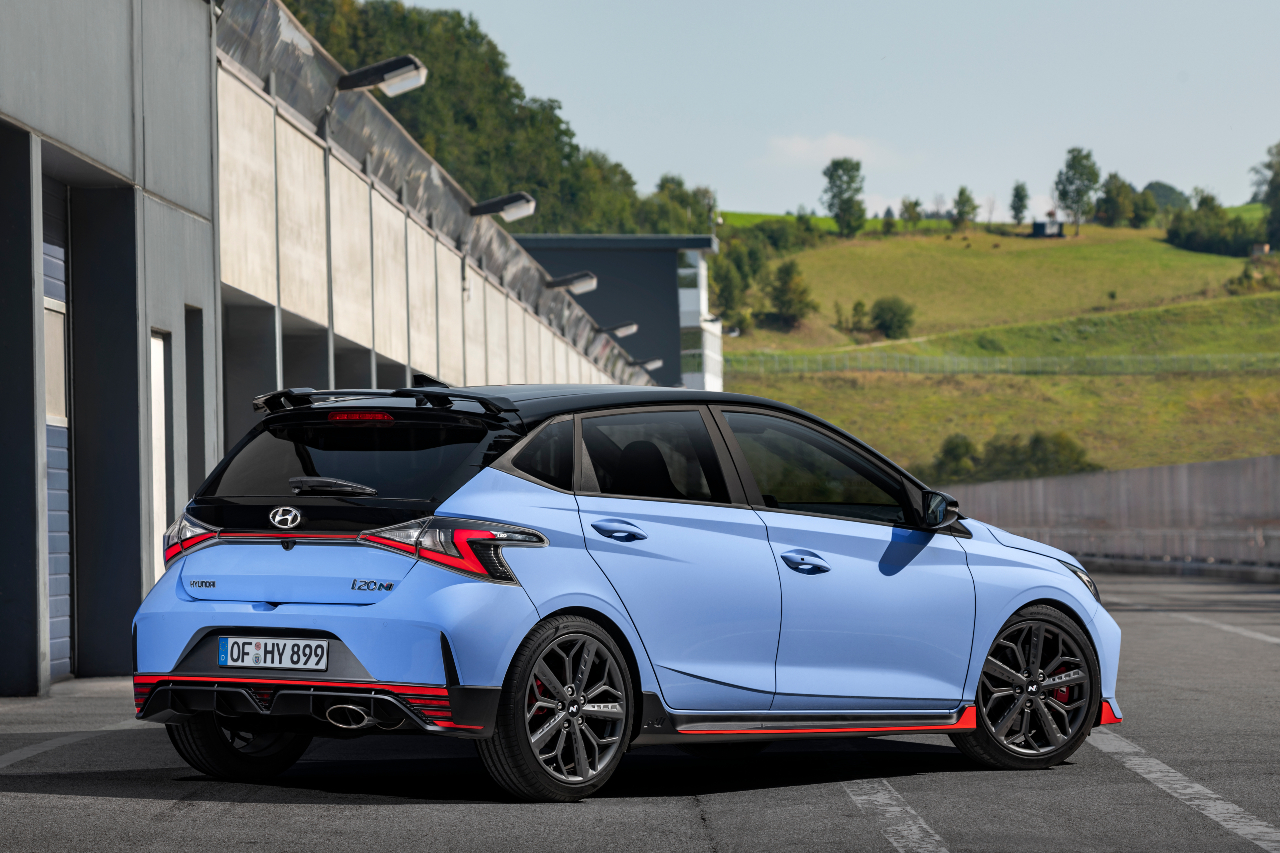 The i20 N also comes with a range of customisable drive modes including the track-spec ‘N Mode’, which allows you to tune the responsiveness of the engine, rev matching for the gearbox, launch control, steering and exhaust sound.

Hyundai’s N engineers have given the i20 N completely different suspension to the standard model, including new springs and dampers, which have further been tuned to local road conditions by Hyundai Australia’s product planning team.

Unlike the preview images of a test mule in Australia released by Hyundai recently, these new shots show the car uncovered, revealing its aggressive, WRC-inspired bodykit.

At the front there’s a unique bumper with large air intake, with Hyundai’s signature cascading grille with N badging. There’s also a lower lip spoiler that has been designed to aid handling. The back of the car features a roof-mounted spoiler and a rear diffuser to also help its handling on road and track. Plus there’s the now signature Hyundai N element of the triangular rear fog light. Australian specifications for the i20 N, as well as pricing, won’t be revealed until closer to the launch in the first half of 2021. Which is also when the updated i30 N is also due, making next year a big one for Hyundai’s expanding performance division.