How Hyundai has earned a performance following

How Hyundai has earned a performance following 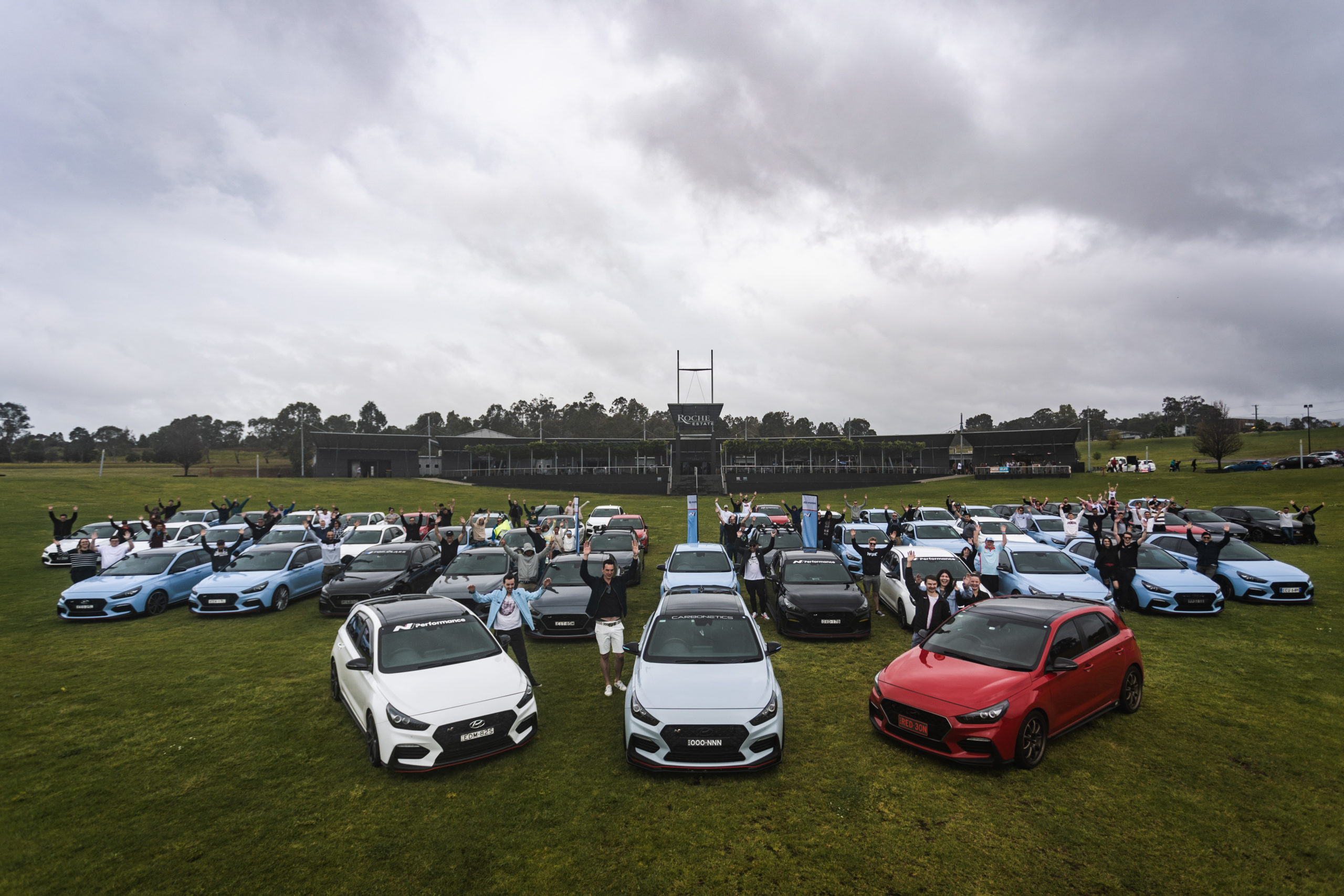 More than 50 owners got together in Sydney for the first Hyundai N Drive Day  Pic: Aaron Wishart

Not even the rain could dampen their enthusiasm.

As a steady stream of rain comes down on a Sunday morning, more than 50 Hyundai i30 N owners have assembled in a truck rest stop on the northern outskirts of Sydney. The weather is, to be frank, miserable and yet spirits are high. People are chatting away with a smile; at an acceptable social distance, of course.

Welcome to the inaugural Hyundai N Drive Day – a chance for owners of the South Korean brand’s first hot hatch (and Fastback) to get together to share their mutual love of the car and driving.

It’s a follow-up to the successful N Festival run at Wakefield Park last November, but instead of hitting the track the owners will be enjoying a Sunday cruise on some of New South Wales finest roads. The inaugural N Drive Day run up to the Hunter Valley from Sydney  Pic: Aaron Wishart

This Sydney-based drive is just the first of many, with plans to host one in each major capital city when medical authorities allow.

The fact that Hyundai has managed to get so many owners together in the current circumstances and despite the crappy weather is a clear indication of just how far the brand has come in recent years.

It’s been written before, there was never any doubt Hyundai’s new N division would build a fast hot hatch, the real challenge for them – and any brand trying something in the performance space – was to create a car people would fall in love with.

Make no mistake, Hyundai needed to pull-off a major image change. The brand was established and thrived making cheap small cars like the Excel and Getz, but has tried to evolve to be a more polished, mainstream brand in over the past decade.

It started to get involved in motorsport too (back in the normal times of 2019), entering Brendan Reeves in Targa Tasmania in a hatch and then building a Fastback into a World Time Attack competitor. 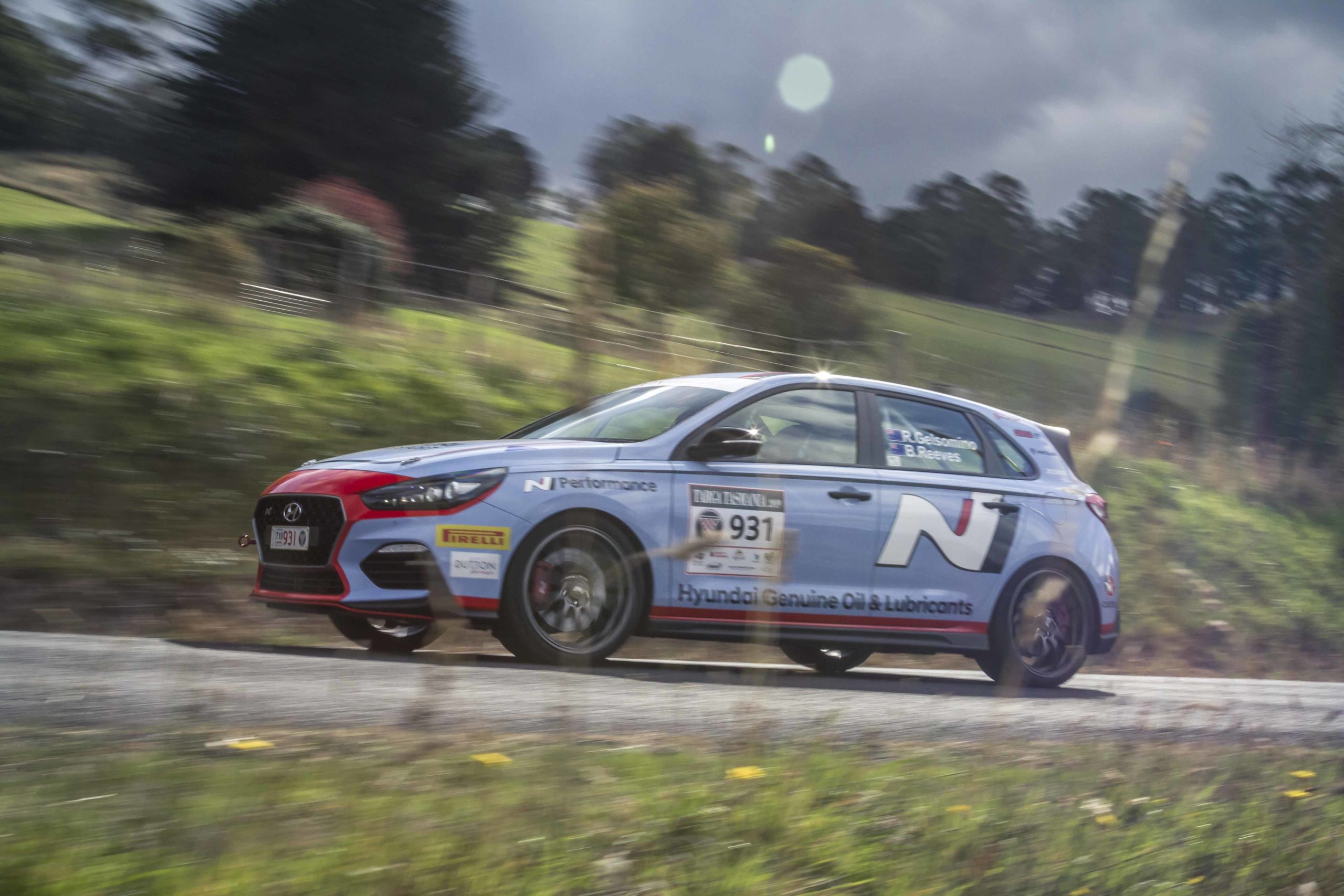 Even so, convincing performance car enthusiasts that Hyundai N means business was a significant task. Which is why Hyundai Australia has tried to engage with the die-hard supporters so enthusiastically from the beginning, establishing its own social media presence to keep them informed and engaged as well as organising the N Festival and now drive days.

The Australian N Performance social media account has more than 17,000 followers on Facebook and nearly 19,000 on Instagram. It’s a formula that has been copied by the brand globally to build awareness and engagement with N.

Social media likes aren’t the goal – selling more cars is – but Hyundai understands what a key role this new community of owners and supporters will be for the growth of N Performance.
“The existing N owners are our best ambassadors, they live and breathe N every day,” said Hyundai Australia spokesman, Guido Schenken. “They are our most important promoters of N, more than advertising, PR or awards, it’s this community that really gets us excited for the future of N.

“We want to support this N community as best we can, and to share the fun of driving with our owners. We have many more drive days and activities planned, including our second annual Hyundai N Festival in December.” Not even rainy weather deterred N owners from getting out for the N Drive Day  Pic: Aaron Wishart

They will come into their own next year, because 2021 is set to be a turning point for Hyundai’s N division, with several key new models arriving as part of a long-planned expansion.

The most significant new arrival will be the updated i30 N with the brand’s first automatic transmission option for its hot hatch. Dubbed the ‘N-DCT’ it’s an eight-speed wet dual-clutch transmission that has the potential to widen the appeal of the i30 N enormously.

Even when buying hot hatches, Australians prefer two-pedal options with Volkswagen’s Golf GTI the best-selling car of its kind primarily because it has offered a dual-clutch auto when most rivals have been manual-only.

But the updated i30 will also get some back-up in the form of the smaller i20 N, a new model that will give Hyundai a rival to the Volkswagen Polo GTI and Ford Fiesta ST. Underlining just how serious Hyundai Australia is expanding the N range, because this will be the only i20 model it will offer locally; in fact, it will be the only city car the brand once famous for its city runabouts will have in its showrooms.

It will help create a better connection between the local operation and its flagship World Rally Championship program, which is also expected to use the new i20 model in 2021.

And that’s not the end of it, either. Officially it’s still unconfirmed but Hyundai has hinted for some time now that a Kona N is also coming soon. Hyundai knows its i30 N owners are helping to spread the message of the brand’s new performance focus  Pic: Aaron Wishart

An i30 Sedan N is also likely after what appeared to be a TCR test mule was spotted in Europe earlier this year. It could either expand the range or replace the Fastback locally.

Before then Hyundai will strengthen the N brand by introducing a number of N-Line models, which get a cosmetic upgrade to look sportier but without the extra investment of a high-performance engine and chassis overhaul. Hyundai has confirmed plans for N-Line models of the N-Line – i30, i30 Sedan, Sonata, Kona and Tucson.

All of which brings the South Korean giant closer to its ultimate goal – launching a hero N model. This long-discussed offering will be a standalone vehicle, not a variant of an existing model, and will likely be a mid-engine sports car likely with a combination of a turbocharged petrol engine and a hybrid boost; thanks to Hyundai’s investment in Rimac. 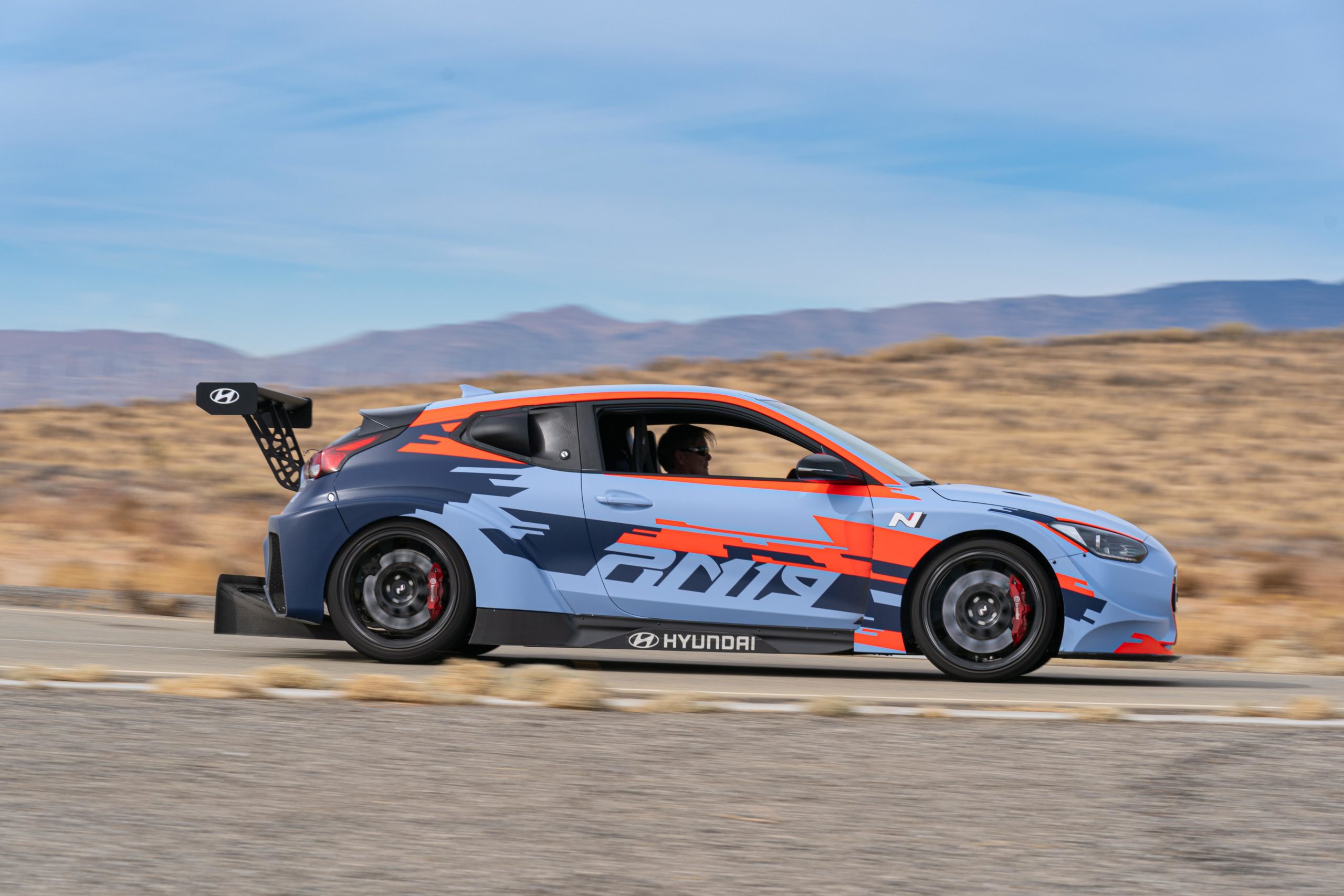 A mid-engine, hybrid sports car is a long way from the Excel that made Hyundai famous, but given the support shown already, Schenken is confident Hyundai is on track to make the leap.

“We’ve made no secret of our focus on building an N performance range, and there are plenty of new N models on the horizon,” he said. “Given the instant success of the i30 N, and the dedicated following it has achieved, we have no doubt that the N brand can support dedicated and more hard core performance models.”